Rich decided to go for a cheiftain heavy defence in the woods with dug in infantry on the objectives and his HQ tanks and strikers near hill at the back of the board. 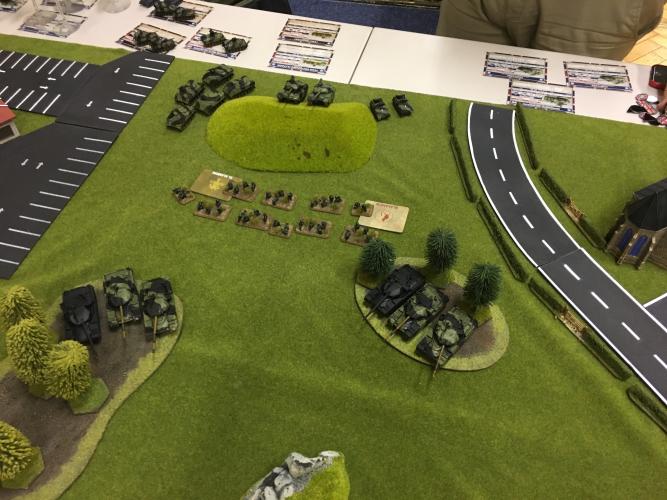 I deployed both BMP recon platoons on the flanks and used spearhead to move up and create a good area to deploy my T-72's while putting the T-64's and BTR's to go down the centre, shilka's support the T-64 and left flank and arty with SA-13's behind the hill in my area to stay out of LOS, Storm's on that same hill for a good view of the board 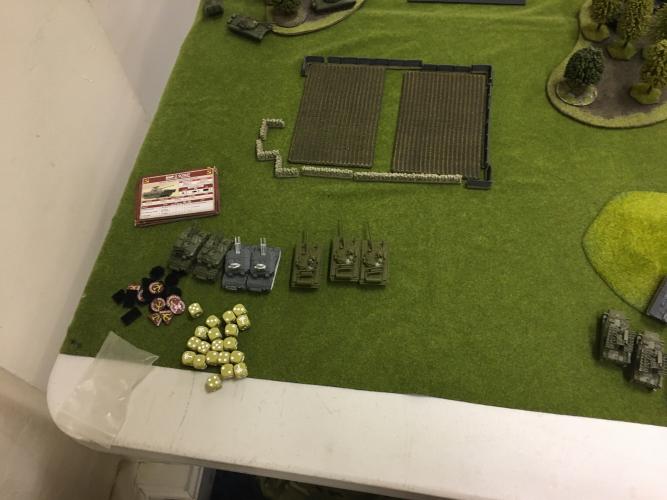 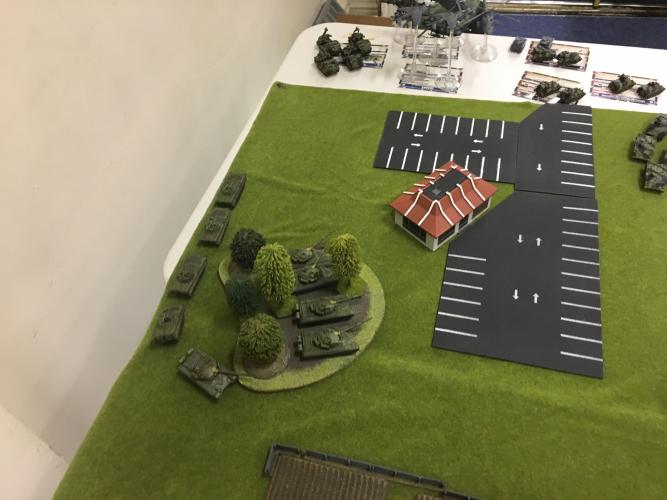 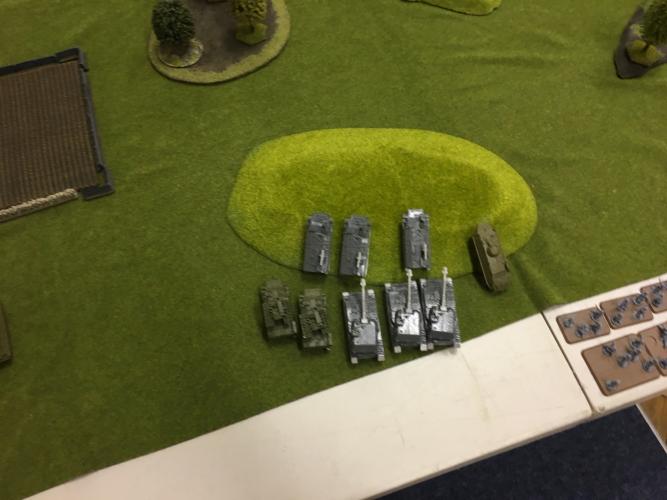 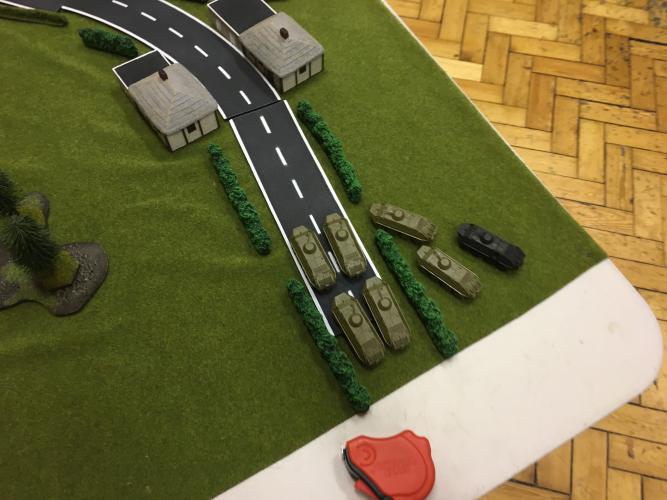 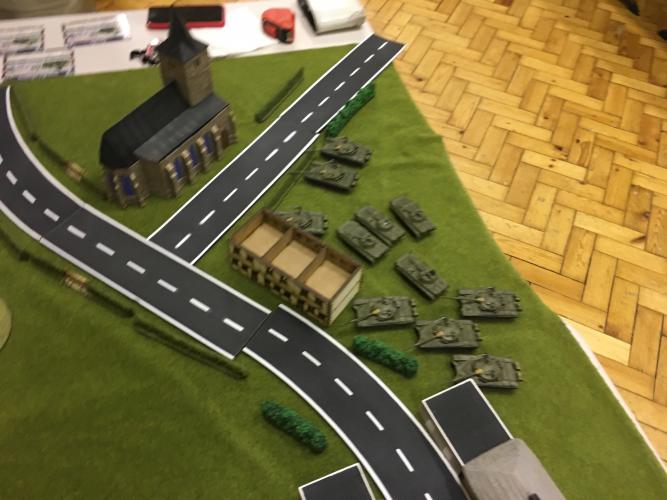 I moved the BMP's on both flanks to the end of the board to get flank shots on the British HQ tanks, T-72's moved to fire on the chieftains and infantry pushed down the road, in shooting I Knocked out 1 Chieftain and 1 FV432, while the arty barrage on the infantry took out 1 base.

Rich failed his first reserve roll and elected to not move anything, in his shooting he knocked out 2 BTR's killing 3 of the infantry teams inside them and knocked out 1 T-64 and bailed another but they passed their morale 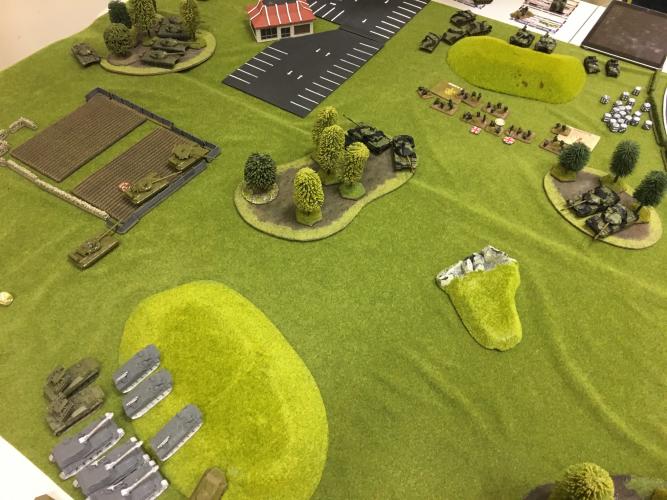 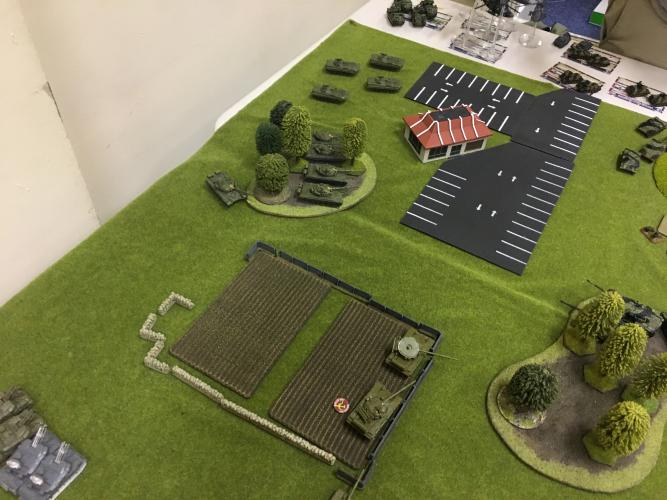 for my movement in turn 2 I dismounted the infantry and dashed them up the road while moving the T-72's on the right flank to support them, I failed to remount the T-64 so left the remaining one where he was. In the shooting phase I knocked out the remaining 2 chieftains in the right woods, killed one of the HQ tanks with the BMP's ATGM's and took out another infantry base with arty also knocked out 1 striker with a lucky T-72 shot, all of Riches units that needed to past their morale checks

Bad dice meant that once again Rich got no reserves in his movement phase he elected to do no moving, in his shooting his chieftains with help from the Milans on the left knocked out 2 T-72's and bailed another from my left side and knocked out one T-72 on the right, his HQ tank knocked out the bailed T-64. The last T-64 passed his morale and the T-72's on the left used the Battalion Commanders Morale to pass. 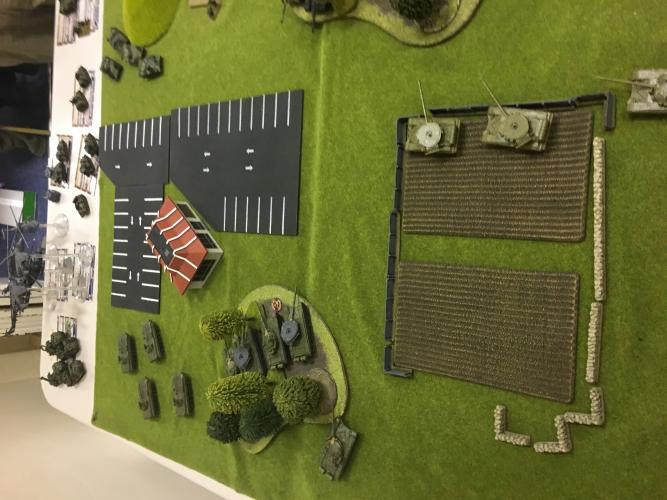 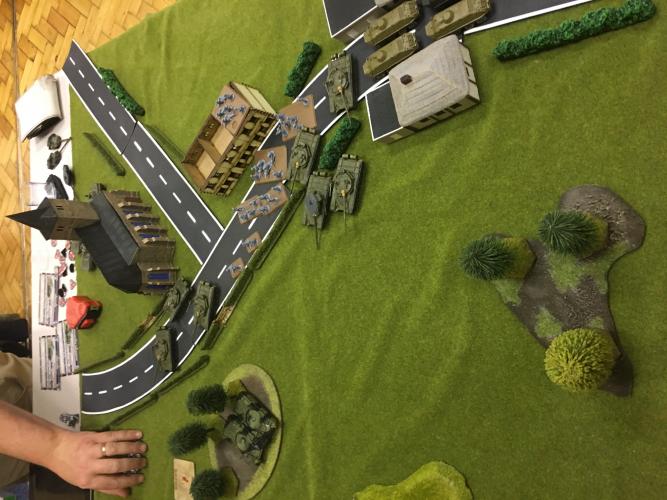 In my movement I rush the far right unit of T-72's onto the objective close to them while moving the infantry up to cover everything else remained in place, The arty kept up its bombardment of the British infantry pinning them down again, the storms knocked out another chieftain in the left woods and the T-72's on the obj killed the last striker with the BMP's knocking out his battalion HQ.

Rich got 2 reserves in and opted to go for the 2 CVRT units which appeared behind my shilka's and near my arty and storms. his infantry unpinned but no other major movement was taken, in shooting his milans knocked out another T-72 but the remaining one passed his morale and one of the remaining chieftains killed a T-72 on the right flank, his CVRT's did very well killing a shilka and bailing another 2 which then failed their morale and the larger unit killing the arty OP and bailing one of the arty guns, his Carl Gustav Teams then assaulted my T-72's on the objective survived the defensive fire but failed to do damage, I passed my counter-attack roll and killed them in return. 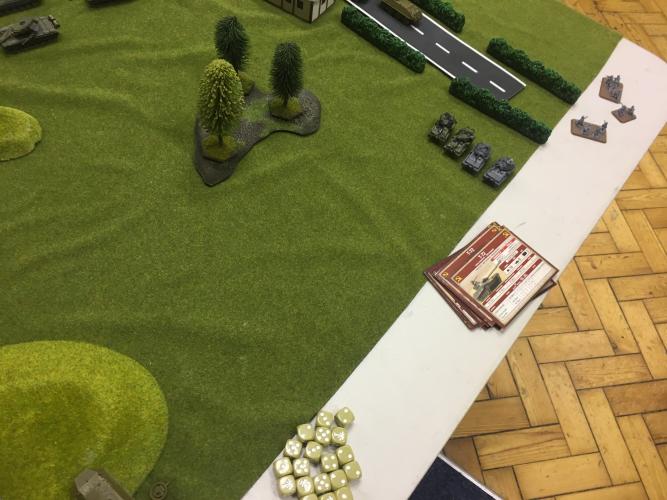 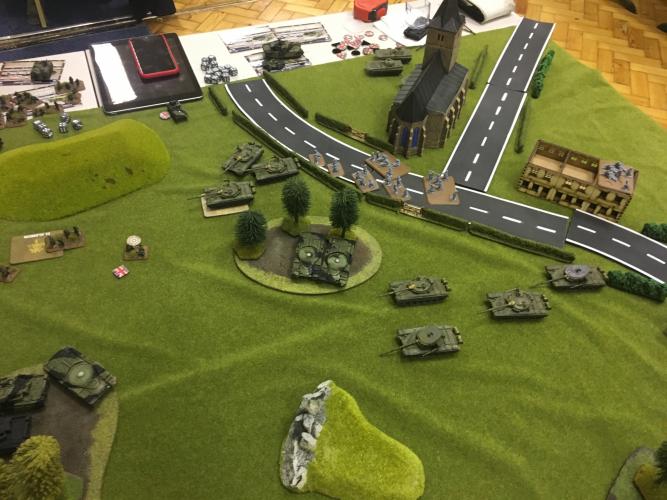