So I've been to a 64 point tournament with an armoured squadron. Bad idea. You have too few points for supporting units while the infantry forces can easily fill their full quota of missiles!

Still, my first opponent was a longtime acquaintance of our gaming community, the excellent Regaz from Switzerland. The mission was the (really terrible) Contact, with me as the attacker. 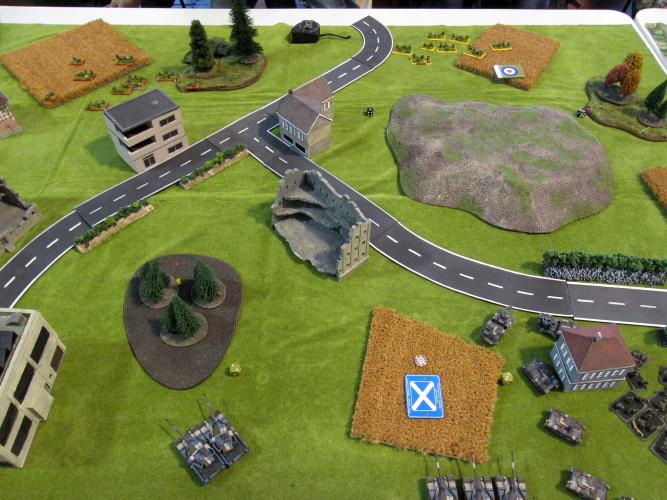 The largest hill west of the Iron Curtain?

I could only deploy three units from the start and with the threat of the Harrier flight, one of them had to be the Rapiers. The other two slots were taken by the infantry platoon and one armoured platoon. My opponent had both infantry platoons, Strikers in ambush, Harriers loitering and Milans.

My cautious advance was put to a very abrupt end the first turn because without smoke there was no way I could avoid the striker ambush (which hit my tanks on 5s with all 4 shots). So one armoured platoon was incinerated before they even got to fire. The Harriers were fortunately harmless as they failed to range in. 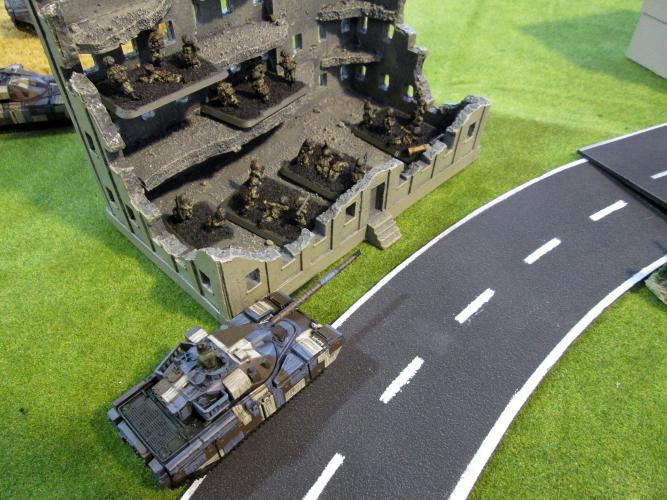 In my following turns I poured fire into the infantry because the Strikers were too difficult to hit and the gains would be too few; the best way to manage them was to get within the minimum 8" range to be honest! The mech platoon and accompanying infantry were progressively whittled down. 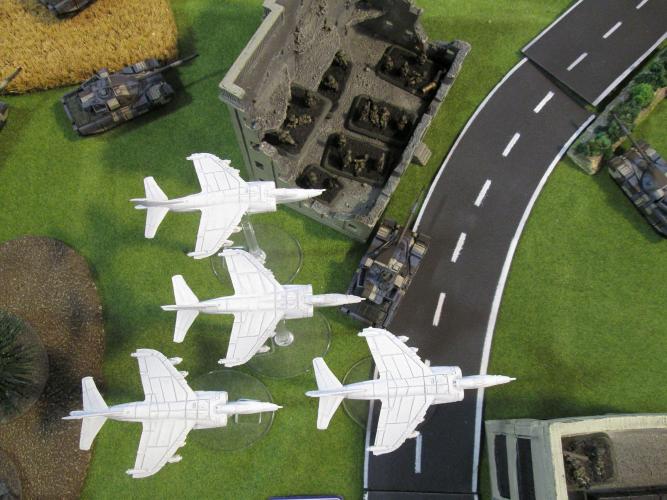 My reserves begun to arrive and I sent them towards the unoccupied objective in my DZ, before my opponent's superior recon forces sniffed it out. The second armoured platoon got on the table and nailed a few transports that were making it difficult for my own infantry to advance, but got a very close shave by the Harriers, which swooped in to bomb them but suffered three casualties by the Rapiers and flew away causing no damage. Unfortunately they passed the morale check. 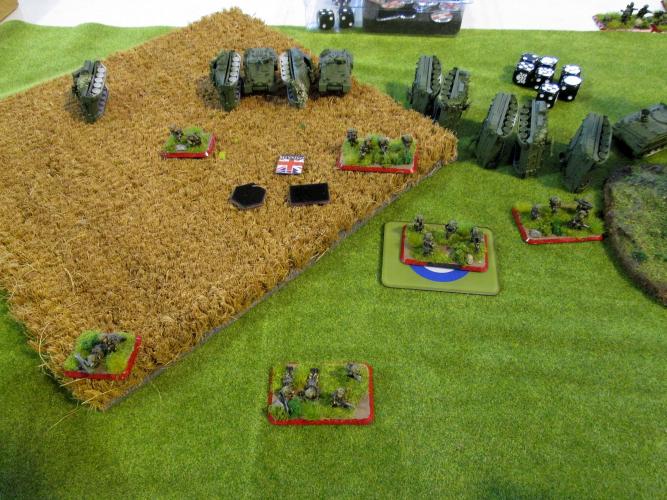 The guy at Wheelers Dealers will have one heck of a night shift!

My opponent received his first reserves, the Milan MCTs, which effortlessly blitzed in and destroyed my HQ Chieftains.
With no opportunity to win the game, my priority was destroying three units (as my opponent had 9+ units) to get the maximum amount of points for defeats. As a consequence, I pushed all of my remaining units carelessly forwards to positions that allowed the highest amount of casualties. My firing was pretty good (as long as you're shooting at FA 1-2 tin cans, what could go wrong!?!) and the Strikers, FV432s and Milan MCTs were all sent packing. However, there was absolutely nothing I could do to prevent my opponent from overrunning the other objective (guarded by 4 Scorpions against 4+4 Scimitars and a full mech platoon), so I conceded the game. Not the best of starts, but at least my tanks didn't go down without a fight.