I challenged my regular nemesis to a massive 250 point battle then made a double length table. I have to be honest I didn’t really think it through when I said 250 points….. that is a lot of armour on the battlefield. We talked about how we were going to play it and it was decided on a turn limit of 6 turns and a time limit per each turn. It worked out to be around 20 minutes to get a turn in… sounded like heaps of time. It wasn’t.
Having a look at the Total War mission Total Victory it gave us 20 minutes each to set up as well. Anything that didn’t make it ended up as reserves. we also decided that any air units would start off table as reserves as well. I also deliberately put my Air Assault in reserve. I had plans on landing on a objective at the back.
My plan was to use my T72s against his M1s and my T55s against his M60s. The infantry would use the speed of their transports to move to objectives and secure them. The Spandrels were going to support the T55s with their better fire power and the artillery would do a HULK…. smash on everything. 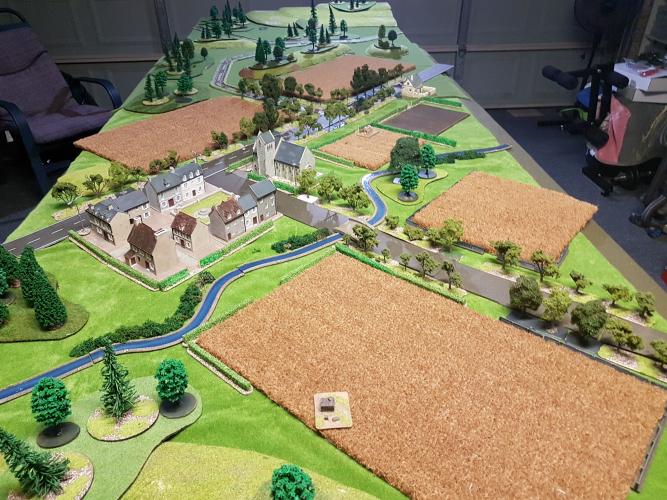 The quiet peaceful town of Zwochau, Germany has been lucky so far and escaped the horror of the war. 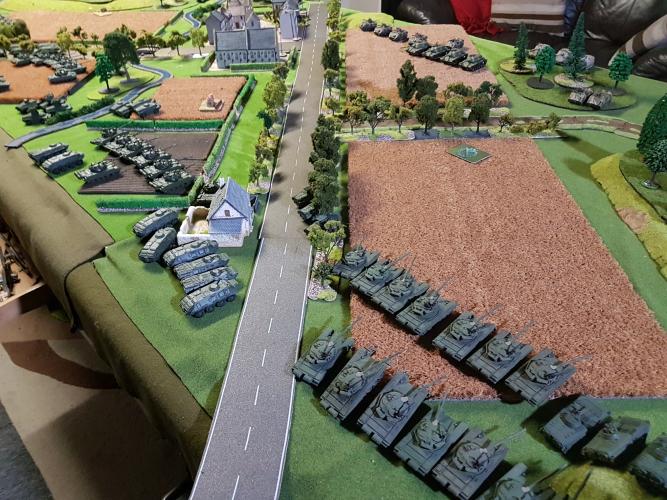 This is soon broken as the machines of war scream and Titans clash around the village and in the fields. 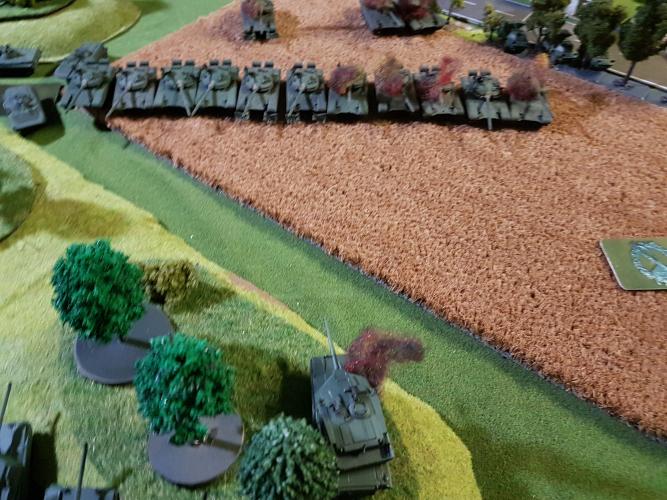 The air is filled with screaming shells and the horrors of war come crashing home. 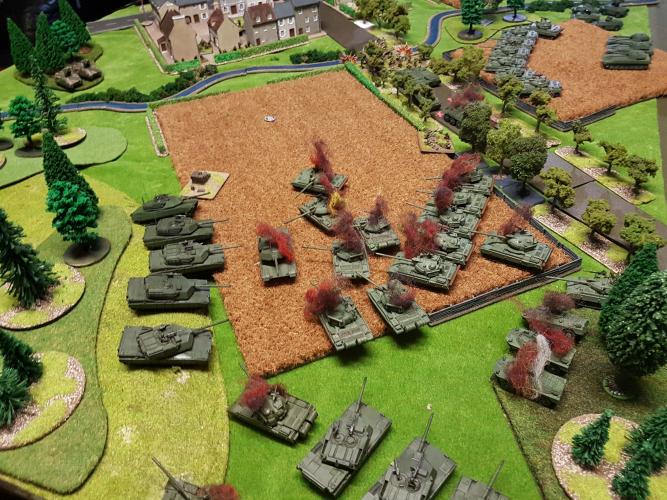 The gallant heroes in their panzers struggle to deal with the capitalist warmongers. 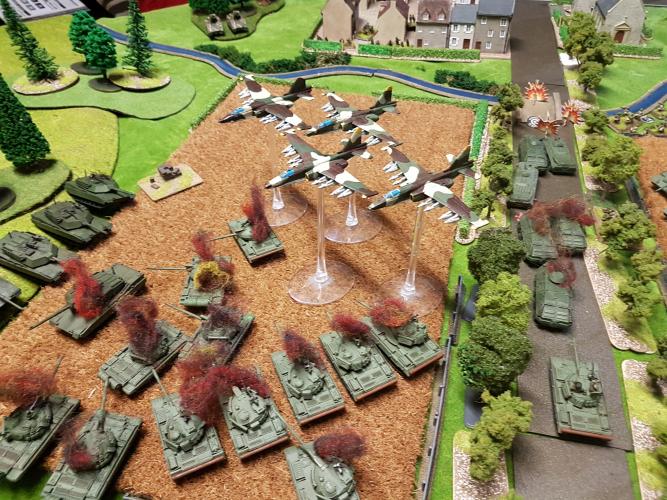 So an airstrike is called in. Soon the scream of jets fill the air closing followed by the sounds of 4 enemy tanks exploding. 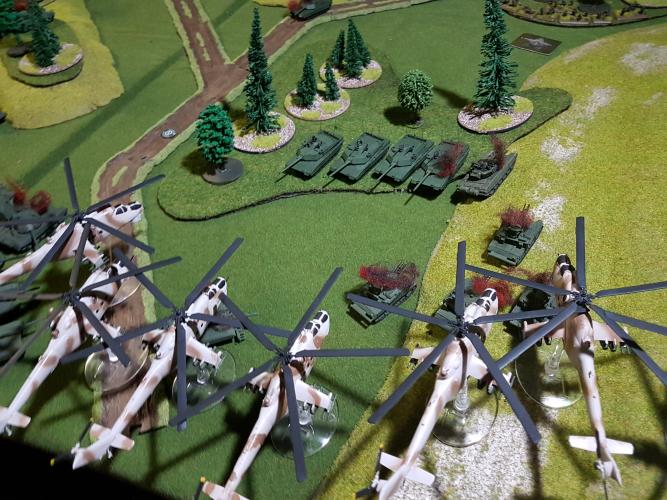 Our gallant brothers from the Soviet Air Assault Division join the fray, striking terror into the enemy. 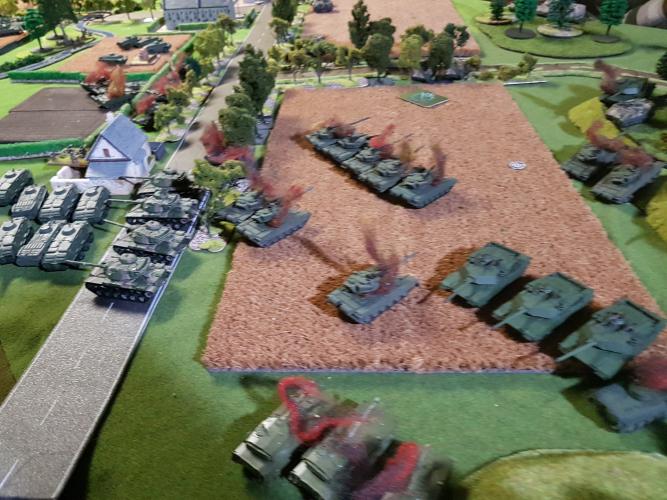 But the priced paid by our heroes has been too high, and a withdraw is ordered.

In hindsight maybe 250 points was too much for only two people, especially having timed turns. If we had done it during the day where we could take our time then it might of been a different outcome. The T55AM2 was out classed by the M1s. I was expecting to face a company of M60s so thought the T55AM2s would be alright. The T72s were to deal with any M1s, which they did. If we do this again I will be using more T72s as well as some T64s I have yet to use. The T55s will be used as flank protection.