Recon by Force in Hamburg AKA What just happened??

????? Again where do I start. It was over before it began. We changed it to random deployment areas where we rolled for where you would set up. I scored a 3 so on got a corner while my dad scored a 5 and set up on the edge in the center.
He was basically right on top of an objective from the start. To make things worse it was one I set out.
I changed my force this time and went for East Germans. I ended up with bigger platoons as I think that’s where I went wrong yesterday. My platoons were too small and died too easy. I did drop my Anti- Air platoon as dad hasn’t been using any air in ages… and what do I see when he hands me his list at the start… 2 Cobras. He played me again…..
My plan was to swamp the church with a large platoon of Shutzen with tank support while a small one moved around the flank and dismounted and swept up the side clearing the buildings using the BMP1s as support.
The plan started well, but dad was too close and took the objectives way to easy.
That will be our last game for awhile, so I’ll hopefully get some wins in while he is away. The rematch time . 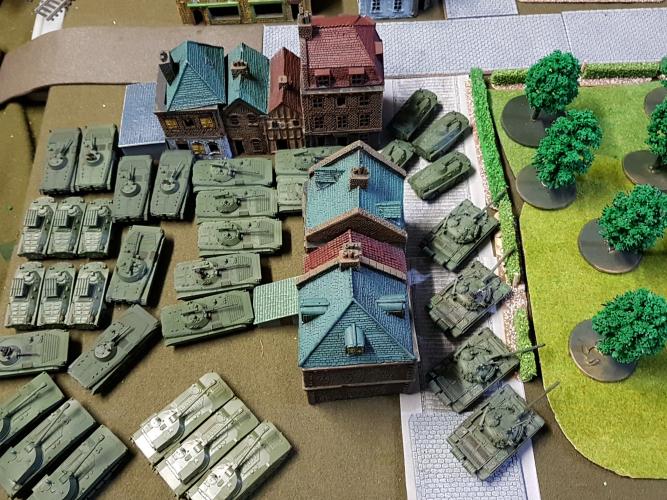 All set up ready for the dance. I did a spear head with the BRDM2s to I could get extra room. I've put the T55AMs back behind cover so they don't get smashed before I can use them. 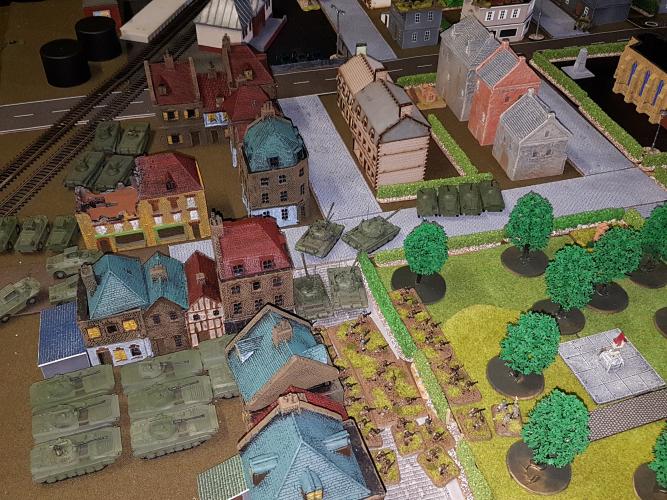 I surge forward and engage some troops in the building with my BRDM2s, killing a stand. 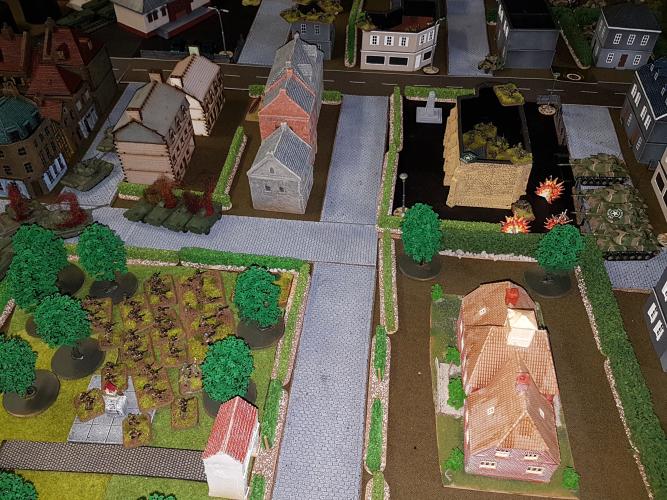 He replies by destroying my recon platoon and 2 of my tanks. I return fire with the Spandrels making a M60 bail. I then drop artillery on the church and open up with my LMGs causing a casualty and pinning the platoon in the church ready for me to assault them next turn.

Dad makes to roll and unpins his platoon and holds the required objectives at the start of his turn... all over. 6 - 1 victory his way.