Despite the NATO media boasting control over Denmark assured, the NVA and the Soviet Army stays firm with the Danish Revolutionary Forces in this country, and a training action in the region is a great confirmation of this fact!

Soviet and NVA forces performed a mutual military drill recreating a clash of two mechanised forces in a meeting engagement. The NVA force commander, Uwe Bauer, planned his attack well, beware of the fact that the reliable Fagot missiles his Soviet counterpart had would be the main danger to his armour. Channeling the attack of the armoured vehicles on the left flank behind the forest would give some so needed protection, Uwe thought. At the center and on the right flank the infantry shall survive long enough to hold the Soviet commander from getting his objectives.

The mutual Soviet-East German commission was ready to show the WarPac tactics to the new Danish comrades, and evaluate the skills of the forces performing the drill. 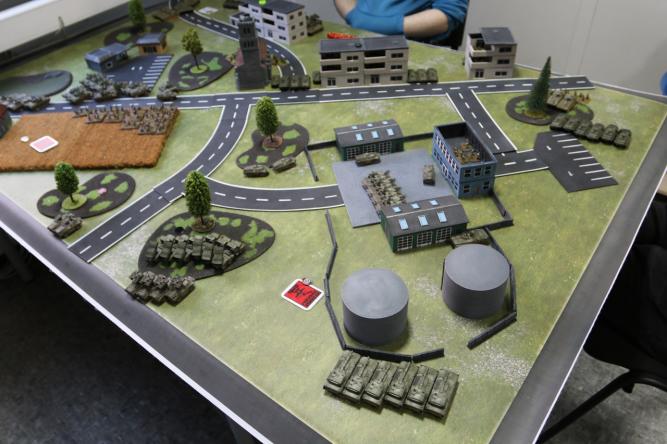 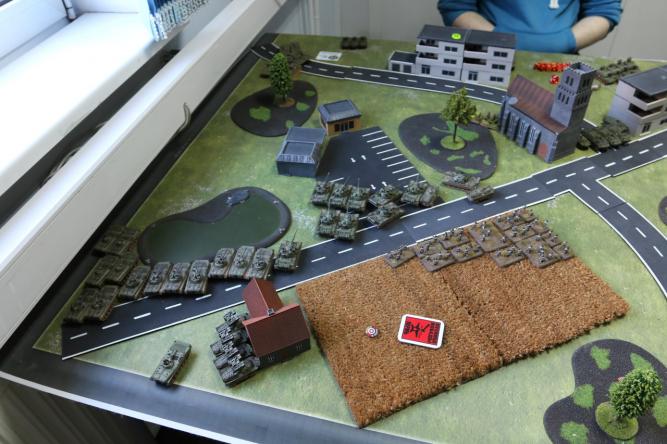 The T-55AM2 tanks are safe behind the forest and ready for the charge. 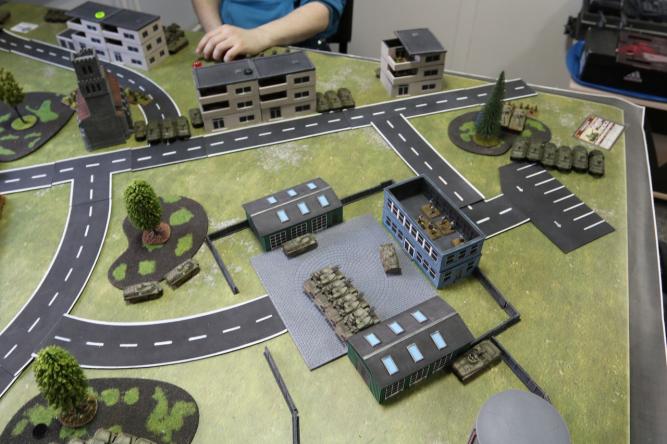 The mot-schuetzen prepare to hold against the BTR! 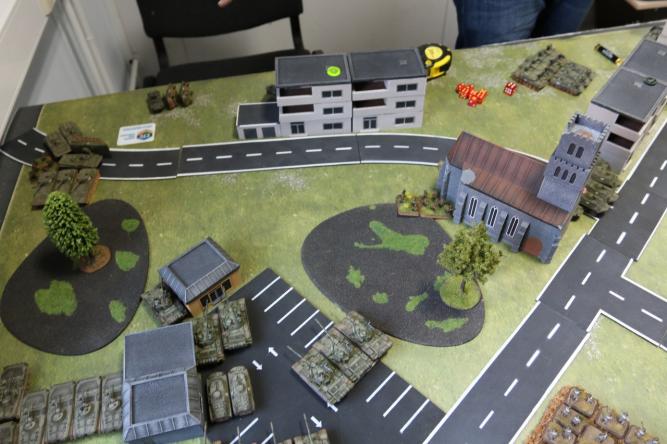 The attack has begun! Two Konkurs BMs are considered to be destroyed and return to their hangars. 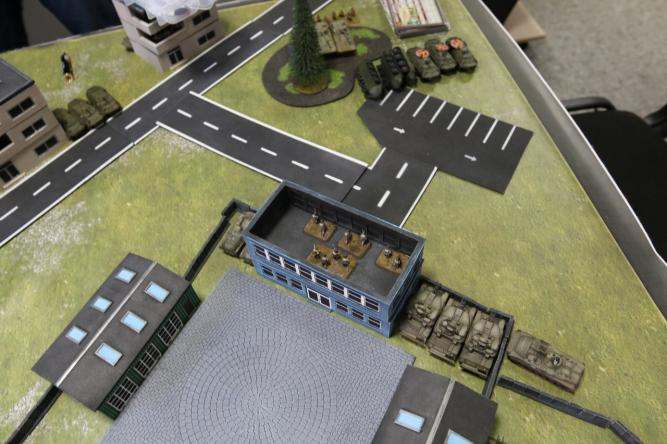 All the fire to the BTR! 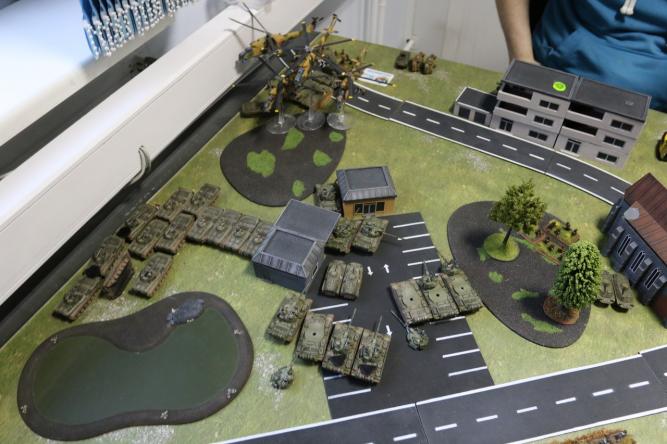 The Crocodiles are coming! 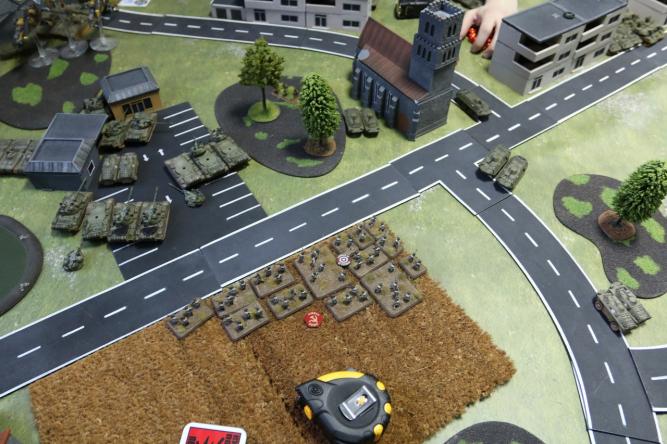 A platoon of T-55AM2 tanks was "captured" by the Soviet infanty. 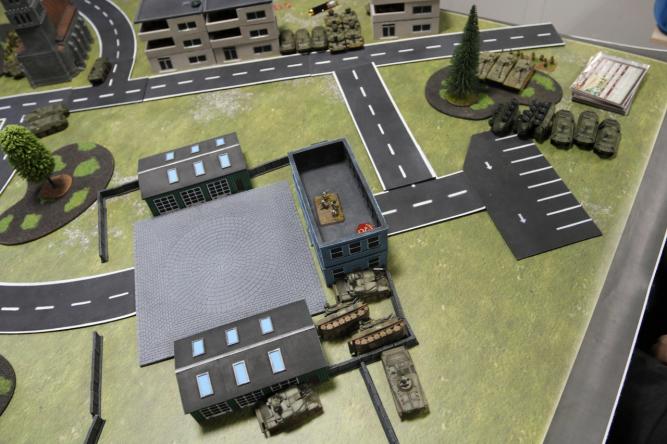 Heavy fire from both sides on the right flank! 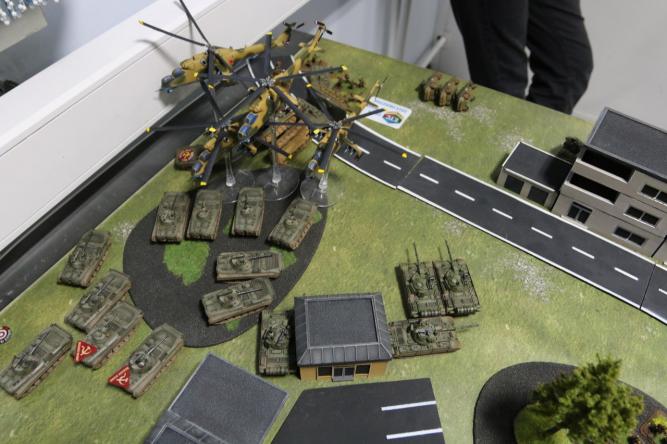 The NVA pressure on the left flank is gaining ground despite the Mi-24 interference. 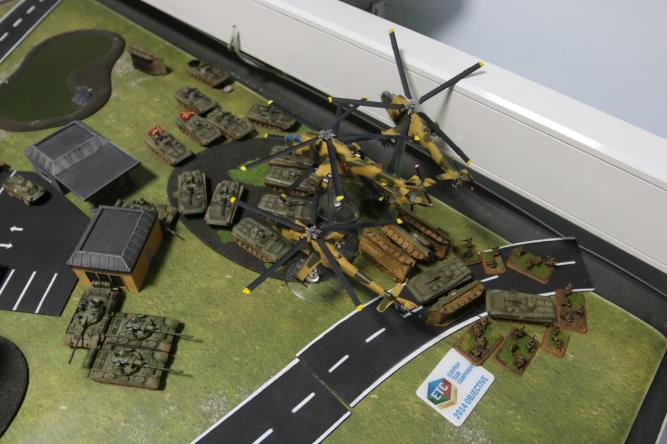 A Soviet Gvozdika battery is considered to be lost due to NVA BMP fire. 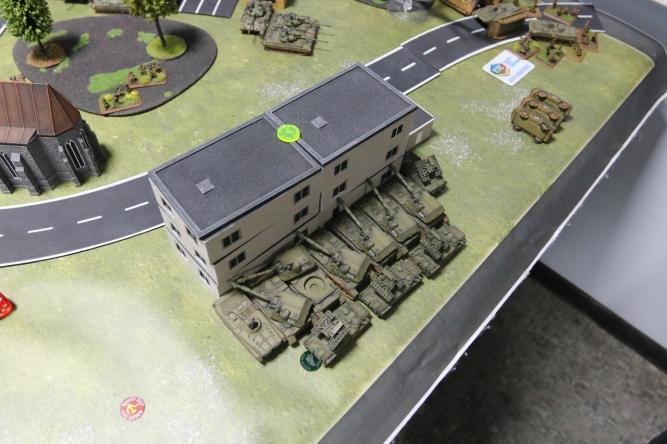 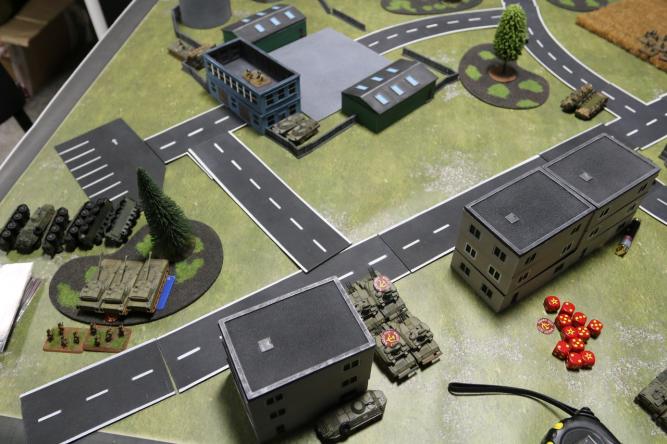 On the right flank, the infantry was fading under hail of Shilkas fire. 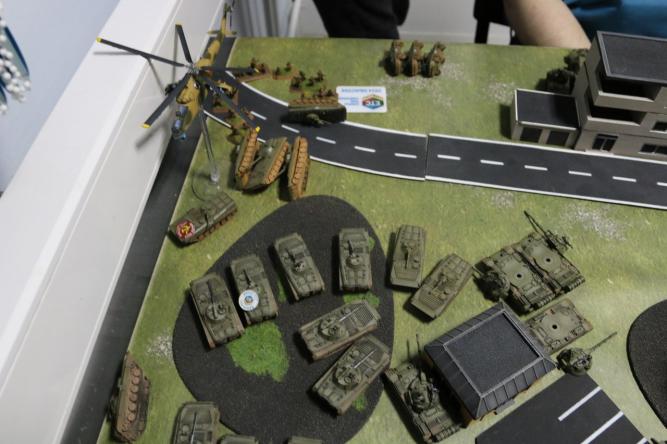 The NVA Strela-1M scored lots of hits on the Crocodiles, and they return to their base as lost. 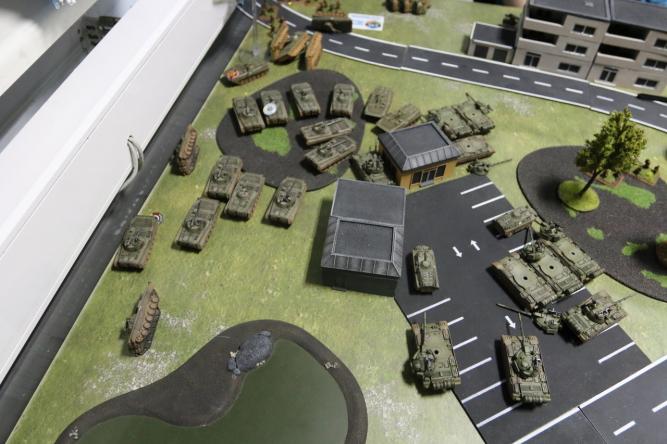 Evading the Fagot missile fire, T-55AM2s got under the Sturm fire! 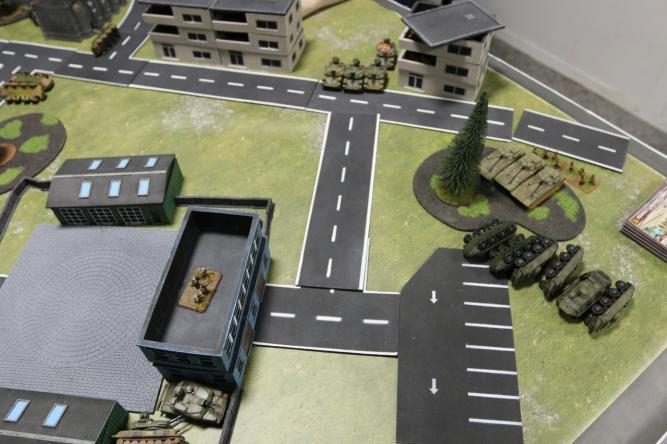 The infantry in the building still holds. 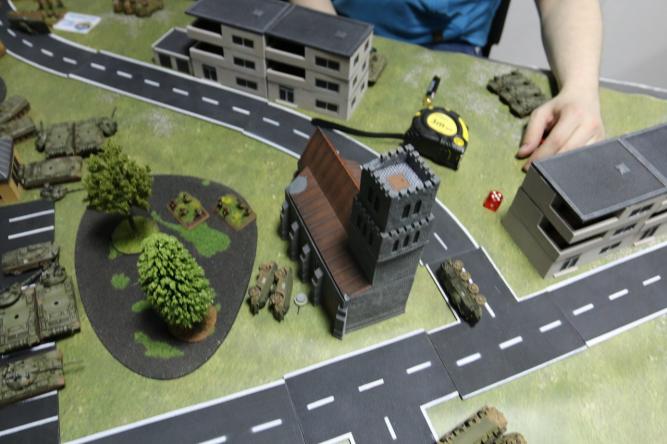 The Sturms in the depth of the Soviet deployment. 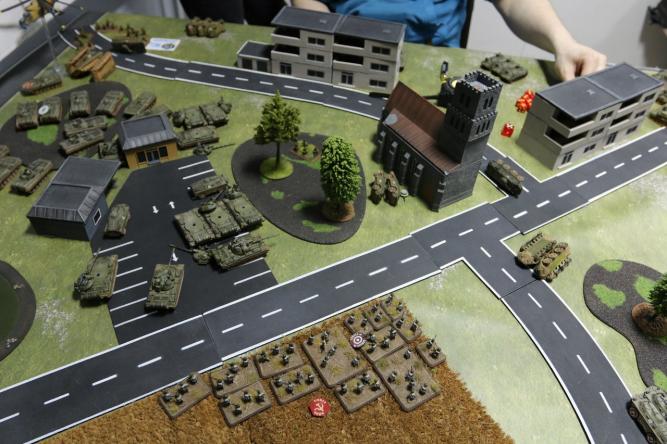 The infantry in the center lies pinned down for a good while, but a lot of BTRs are considered destroyed by its fire. 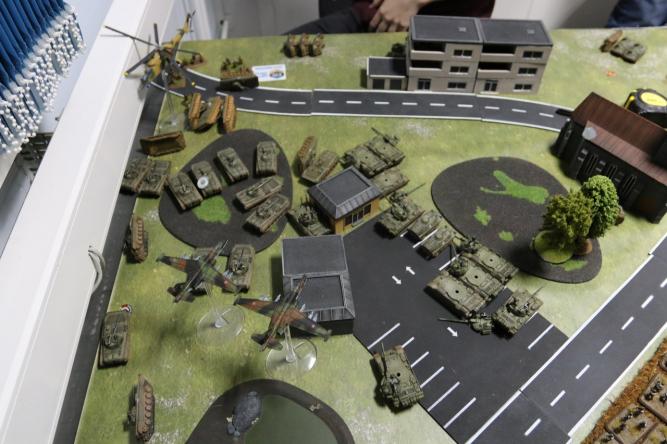 SU-25 supporting NVA scored some hits at the Acacias. 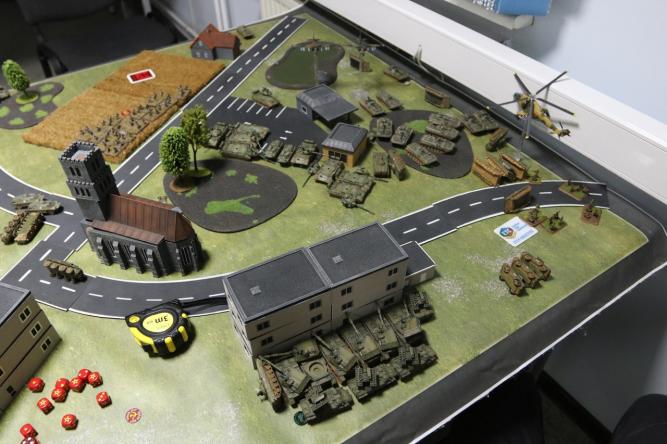 One Acacia will not participate in the drill any further! 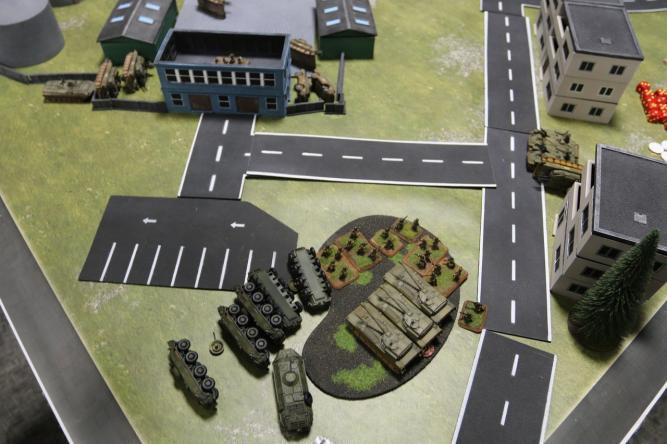 Fagots stopped their fire at the infantry and annihilated the light armour in one salvo. 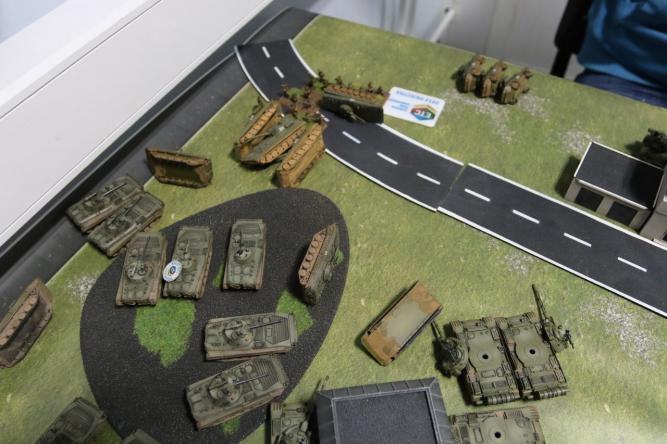 The Soviet BMPs couldn't hold against the NVA attack. 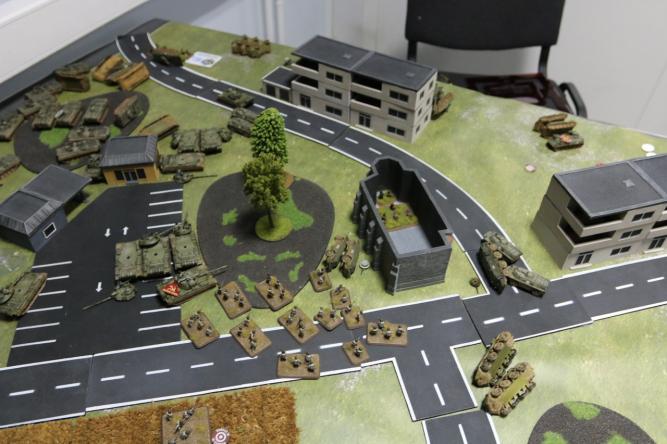 The Mot-schuetzen started their attack! 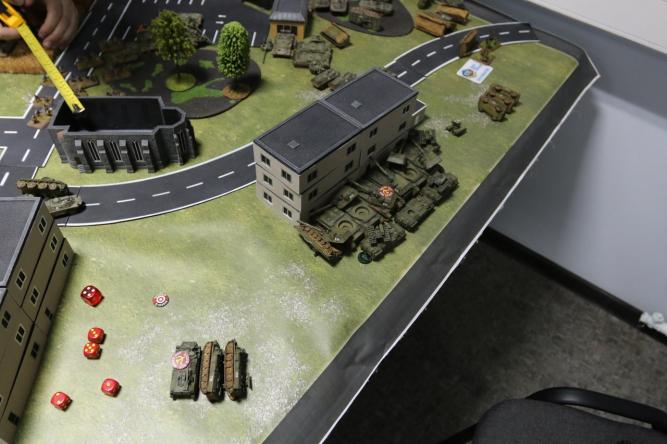 By the end of the drill, none of the forces scored their objectives, but the great skills of the workers and peasants armies were shown to the Danish comrades, and the capitalists should know now, that Denmark stays socialist!