First game in the campaign. We had a blast (pun intended, not sorry). The game hinged on a knife edge for a time, but ultimately my Brits succeeded this day. Would you like to know more?

I chose to defend the corner with the most buildings in it, trying to give my infantry the best chance to fend off ze germans!
I then placed an objective in between the bombed out buildings with the intention of having my infantry holding this firmly.
Alek placed his objective within easy reach of his deployment next to a road, but also behind a building.
Alek chose to take his Leopards, mortars and an infantry zug as his starting force.
Seeing that Alek was not initially taking his rolands, I opted to take my Lynx to give them free reign, at least for some time. I also chose to take my infantry to hold my objective and placed a chieftain troop in ambush.
Alek placed his ranged in marker on top of my objective, near the bombed out buildings.
I managed to deploy my infantry in one of the buildings, but away from the ranged in marker, I placed my Lynx helicopters next to a wood, but with a commanding view of the battlefield. My commander I kept near the corner to keep him safe, and to maybe ward off some direct aggression toward my objective. My FV432s, I didn’t expect much of them in the game, I placed them in a forest next to the buildings
Alek placed his leopards as far forward on the road as possible, his mortars far back out of range of my milans, and his commander and infantry zug behind a hill offering no LOS to most of my force. His marders huddled in to the woods nearby.

With our deployments done and intentions pretty clear, I started by revealing my ambush!
I placed my chieftains in the forest that my lynx flight were hovering. Then I manouverd my commander succesfully through 2 cross checks, to park up behind the newly revealed ambush, then drove my transports across to threaten (hopefully) Alek’s infantry behind the hill. My milans, 2 chieftains and 2 lynxes opened up on the leopard zug and only managed to bail one of them…. 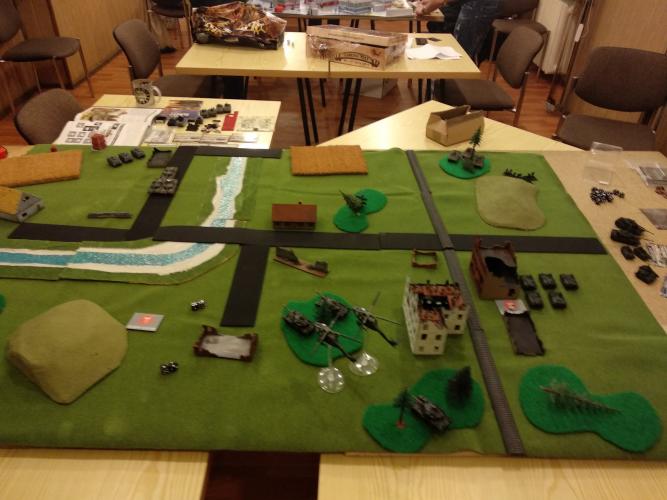 With my highly ineffective shooting, Alek moved the rest of his leopards behind some cover. He failed to remount his bailed leopard, so it had to stay being on the road. His shooting wasn’t much better, but he managed to bail one of my chieftains (luckily they passed their morale check) and had blitzed his commander into a position to spot for his morters to re-range in, which they did on the first attempt (no surprise there). However failing to do any damage, they at least pinned my infantry. 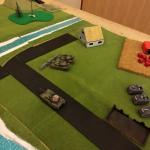 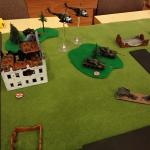 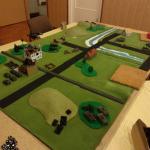 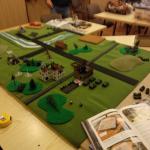 Rolling for reserves I managed to bring in my second chieftain troop, I brought them on on the far flank and blitzed them up to the river bank, just about managing to see the side of one of Aleks leopards. My bailed chieftain failed to remount, but my infantry rallied successfully after the mortar bombardment I had my commander make 2 more successful cross checks to park up behind, but not join the chieftain troop. I moved my FV432s up into machine gun range of Alek’s infantry on the hill, then prepared to fire.
More ineffective shooting from me. I scored a few hits with the FV432s against the West German infantry, they failed one save, but I failed my firepower check as they were in foxholes. I managed to hit a leopard in the flank once in 4 dice rolls, but Alek managed to use the mistaken target rule effectively to not have the round hit the side of the other tank and also put it just out of short range. 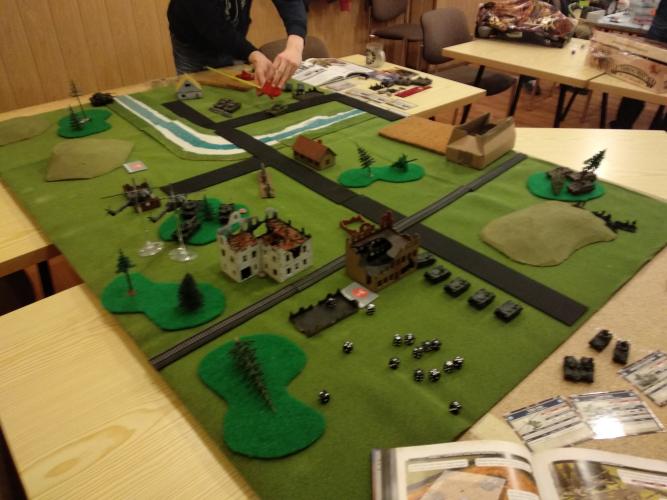 Alek managed to remount his bailed leopard, and got some reserves on in the form of 2 roland flak batteries. 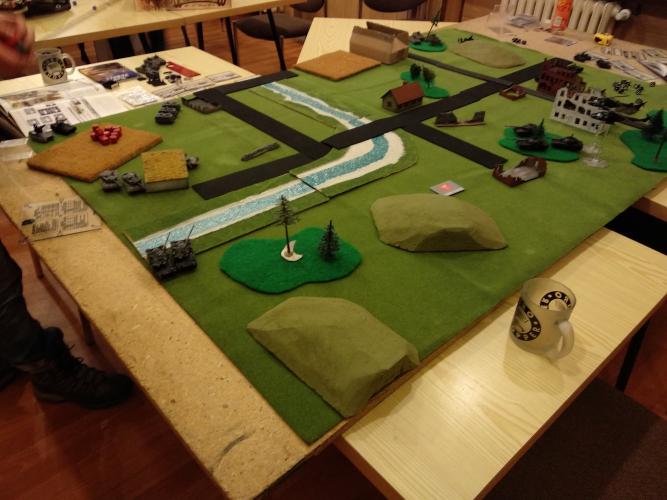 And then he proceeded to turn my vehicles inside out. I lost a GPMG team to mortar fire, a chieftain (only 1 luckily) to the fire from the leopards, a lynx to the rolands, then 2 FV432s to combined fire from the marders and the milan team. And then the APCs failed their morale. But the chieftain and the lynx decided to stay. 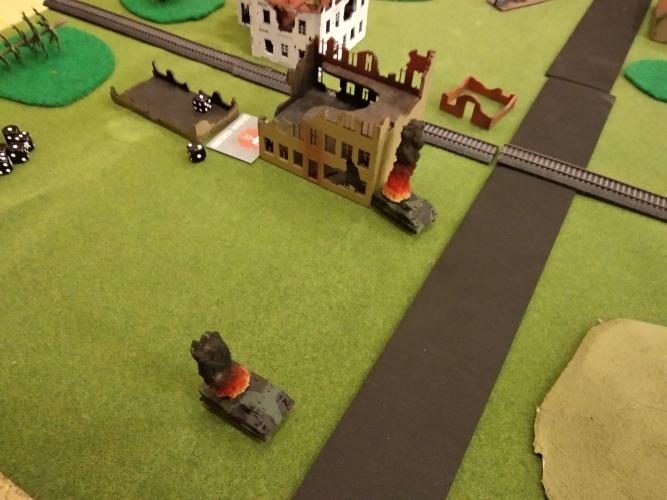 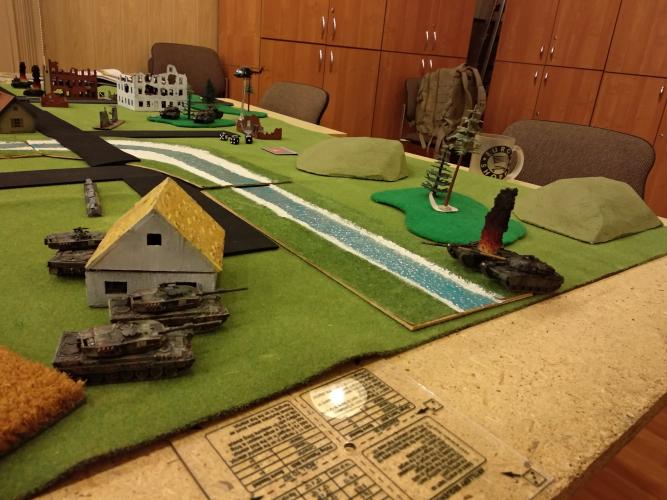 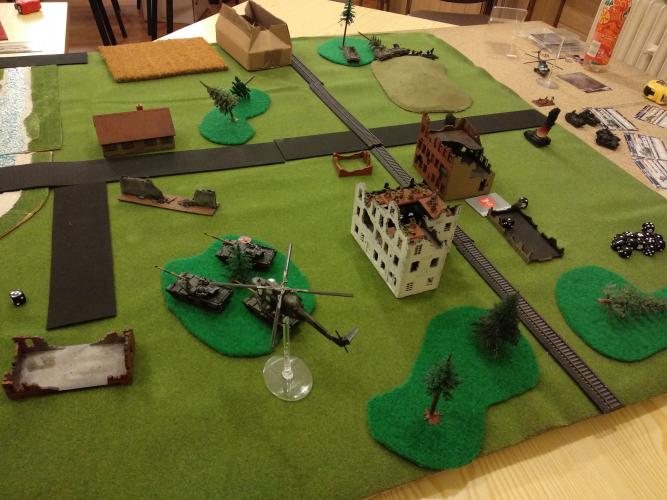 I was worried now, I knew those 3 leopards were always going to be a big problem which is why I focussed all my firepower on them. I got even more worried when my bailed chieftain still refused to remount. I did however get some reserves, scorpions. First I managed to unpin my infantry again, and moved them up to seize another building closer to Alek’s infantry force on the hill. I dashed my newly arrived scorpions up to the crossroads by the bridge and repositioned my remaining lynx to get shots on the rolands next turn, then successfully blitzed my chieftain by the river into the wood nearby. I moved my commander up to a firing position on the edge of the wood he was in and prayed. As luck would have it, my lone chieftain struck true with 2 shots into 2 of Alek’s leopards, killing both, and the remaining leopard would then fail morale and leave the table! My milans took some pot shots at the marders but missed again, and my remaining chieftains fired at the leopard zug, but missed. 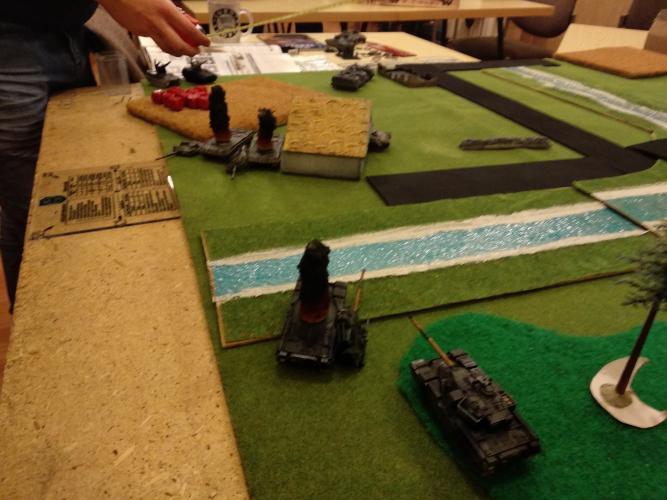 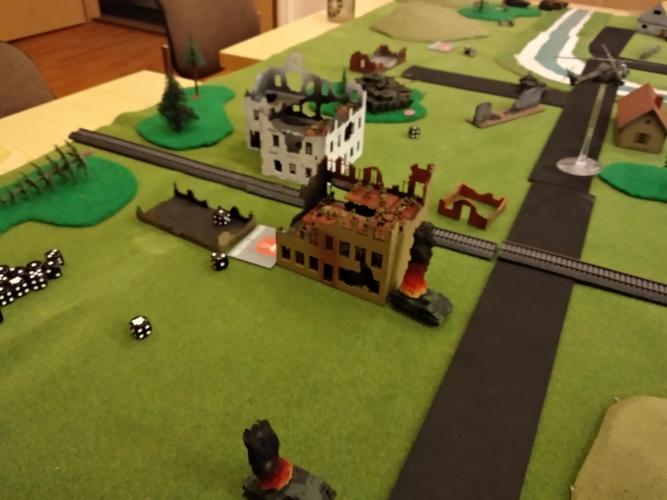 Bruised but not broken, Alek's West Germans called in more reinforcements (another panzergrenadier zug, his observer and a luchs trupp) and began a push toward the objective held by my infantry, his mortars ranged in again, he killed another team holding the objective, this time a Carl Gustav team as I was unable to swap it with mistaken fire. he fired and missed with his rolands against my lynx, but brought the helo down with a volley from the marder's 20mm. He managed to get his luchs up into the face of my scorpions, but they failed to cause any harm. 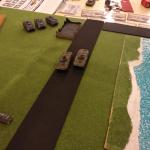 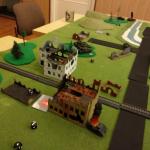 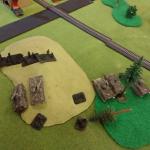 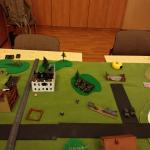 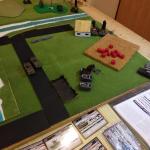 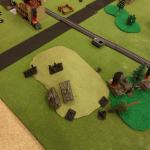 Alek moved some of his troops around to get cover by the burning wreck of an FV432, and he bombarded my infantry with mortared artillery again.
his luchs fired at the scorpions again and only managed to bail one of them. One of his milans scored a hit on my chieftain in the woods, he was targeting the commander but mistaken target saved the day here. With the commander part of the group they passed the morale check. 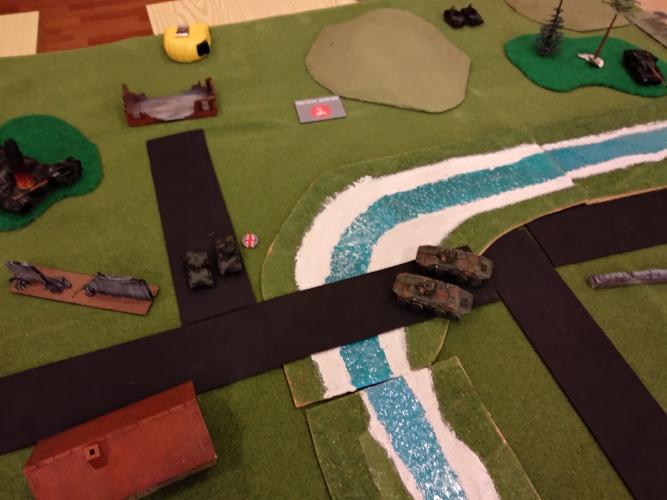 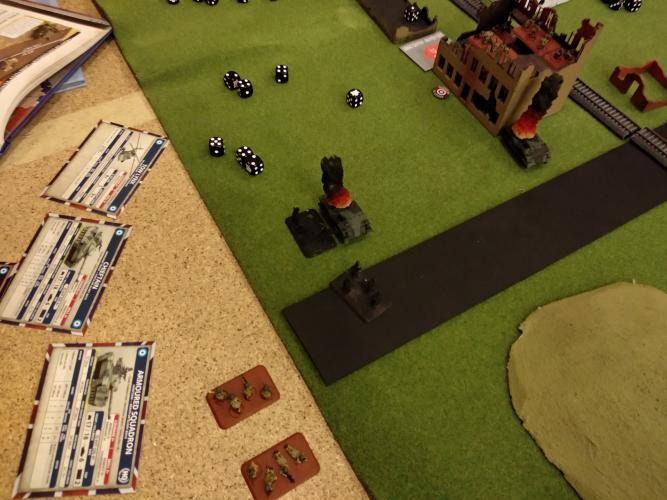 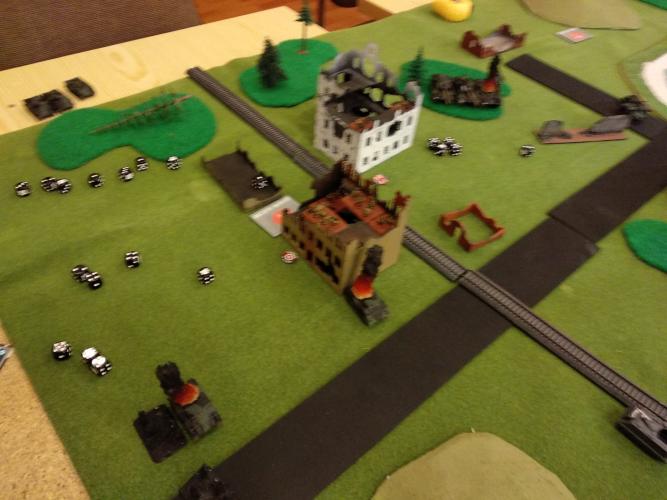 I remounted my bailed scorpion and unpinned my infantry. My force for the most part did not move this turn favouring to hunker down and keep firing. Apart from the blowpipes who blitzed to within range of one of the mortars. The blowpipes and the lone chieftain fired upon the mortars but missed all their shots. The scorpions performed better against the luchs killing both vehicles. My infantry in the building fired at the panzergrenadiers killing 1 team, the milans fired at the OP destroying that. And the 2 chieftains fire at the marder in the woods missing it entirely. 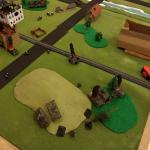 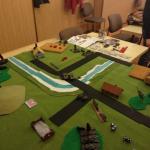 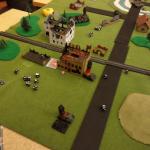 With the end looming Alek tried desperately to contest the objective, with most of his force gone there was not much he could do else. He moved his panzergrenadiers into the building adjacent the one occupied by my own infantry to contest, then fired all he had remaining at my infantry, killing one team.

My infantry rallied again, amazing luck! My chieftain and blowpipes again shot at the mortars, missing again. But the milans destroyed the marder in the forest and the chieftains killed a West German milan team on the hill. My infantry shot up the grenadiers and prepared a vicious assault. They wiped out the panzergrenadiers and consolidated into their position.

At this point Alek conceded defeat as he had nothing left to contest the objective properly. 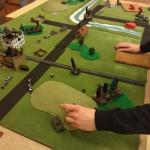 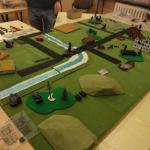 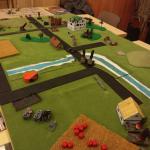 Things were looking very scary when my focussed firing at the leopards was ultimately doing nothing but scratch paint! I feel I was quite lucky in killing the 2 then with the one tank, to then scare off the third.
With the leopards gone, 66% of Aleks force effectively, a British victory was all but inevitable.