USMC infantry, backed up by M60 support and a veritable horde of LAVs and Hummers, were able to hold and reinforce their positions in Amsterdam, and resist the rising tide of Soviet aggression.

At the traditional Netherlands desert town of Radiator Springs (not to be confused with the traditional German desert town of the same name), two weak Soviet Battalions (one T-72 Tank and one BMP Motor Rifle supported by T64s) attacked the Marine positions at daybreak this morning. Despite the sun rising early in the attack, the Soviets were wiped out almost to a man by the Marines, for the loss of only six M60s. No US infantry were harmed during the attack, thanks to the combination of fortified positions in and around a factory building, and the covering cloak of night. The superior thermal imaging technology if the US troops proved a real boon in the pre-dawn engagement. 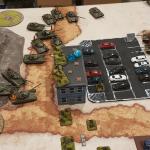 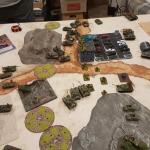 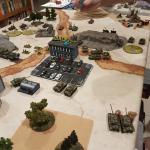 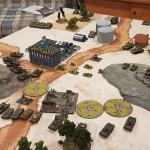 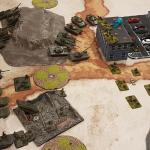 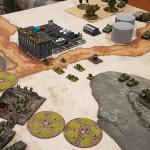 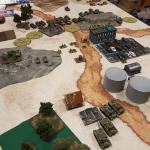 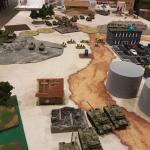 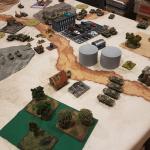