The combat team commander opened his mission package. He knew the WP Forces were preparing to push into Germany, the bigger heads kept saying it was just sabre rattling, but he remember the shear amount of NATO forces, Americans, Brits, Canadians and Germans he had seen the two weeks he had been in country made him unsure that this was bluster. His unit was new to Germany and the the Brigade Commander wanted to prove to the Division Commander that the newly arrived forces were prepared to meet any threat. The OPFOR for this activity were experienced Patton tankers and Cavalrymen.

As he flipped through the package he read a quick introduction letter from the Div Comd, which explained this was a force on force EX that would confirm the commander’s ability to engage the WP forces. The letter also confirmed that the casualties would be assessed through the use of MILES gear and umpires (callsign WHITE KNIGHT). This would be a timed event with an ENDEX at 1830H.

The first sheet he saw was the overlay for the map. He was given an Area of Operation of about 6 km wide and 4 km deep. It was sparse terrain with few hills and scattered farmhouses. There were two key terrain features. These were a large Gothic Church that dominated the area and a MSR that bisected his AO west – east. This was known as MSR RHINO.

He was directed to assault from the south and clear either OBJ KIWI to the west or OBJ PATRICIA to the east.

REDHAT conducted a combat estimate and decided to push towards OBJ KIWI. He was a little upset that the brigade commander kept some of his forces in reserve, but he thought the tank platoon and scouts would be sufficient for the thrust. He decided to leave the rifle platoon airborne for flexibility.

He issued radio orders to his platoons and awaited HHOUR.

REDHAT 11 held on as his tank followed the scout section to the line of departure. The scouts had done a good job and had gotten significantly closer than expected. He had received his radio orders and knew his four tanks were the core of the combat strength of the unit. He was concerned with this but thought his boys would be able to handle it. He was excited to have been given a platoon of the new Abrams, cutting edge of the army, especially as a first platoon command.

As he pulled into his position his radio crackled.

The young Lt then keyed the mike

“All REDHAT 11 victors prepare to engage 13 target Pattons upon Order.”

REDHAT watched the seconds tick down and as HHOUR hit heard the boom of the M1 cannons. He knew his units were now engaged and hoped his plan was sound, as a message from one of the scout sections came though his headset

“REDHAT REDHAT this is REDHAT 41 i have engaged and destroyed CALLSIGN SABRE.”

This brought a cheer from the Company First sergeant. It is always good to take out an enemy commander early in a fight.

In his other ear he heard the FAC talking to his supporting Cobras.

“REDHAT this is SIXSHOOTER LEAD I have good view of OBJ PATRICIA ——Break——i tally one i say again ONE vehicle within 2 KM of objective.”

“SIXSHOOTER LEAD this is REDHAT ACTUAL destroy that vehicle in preparation for an air assault. CRAWLER 31, REDHAT FREZENBERG i say again FREZENBERG” (using the code word to drop right on OBJ PATRICIA.)

REDHAT took a moment to look out the hatch of the M113 and watched as the Heuy sped north. As he listened to the situation reports coming in.

“REDHAT this is RED HAT 11 2 Pattons destroyed we took return fire from 2 Hmmvee sections and the Pattons but no casualties.”

He was thinking that this was not as good a start as he had wanted, when a loud voice was in his ear.

REDHAT knew he had lost that section, but was not concerned as they had pushed deep towards OBJ KIWI.

“REDHAT this is SIXSHOOTER lead, target is destroyed and OBJ PATRICIA is clear. I am watching CRAWLER begin his landing now”.

“REDHAT this is WHITE KNIGHT 66 (the lead umpire) i asses your losses on your failed air assault as 1 Huey and all passengers, from BLUE Force AA HMMWV”

REDHAT swore as he exchanged looks with his 1SGT, his face grim as he had just lost 1/3 of his infantry and keyed his mike.

“SIXSHOOTER LEAD if it would not be too much trouble could you destroy that ONE TANK THAT REPELLED OUR ASSAULT. LISTEN SON IF YOU CANNOT DO THIS YOU WILL BE FLYING DOG CRAP OUT OF THE ARCTIC CIRCLE FOR THE NEXT 15 YEARS.”

“Bob did you see where the AA is?” SIXSHOOTER asked his gunner.
“I did Mike the M1s are engaging them.”
“OK lets kill this Patton.” Bob released a TOW and watched as the MILES indicator registered a kill.

REDHAT this is REDHAT 11 Consolidated sitrep I am held up along RHINO and cannot push forward. I have destroyed 4 Pattons and multiplpe HMMVEE. In addition my callsigns have destroyed the four AA humvee. I have sustained no casualties, however the second M60 platoon is trying to flank south and i am redeploying to engage.”

REDHAT popped his head out of the hatch and watched as two RED M113 scout sections screamed south towards his location, a platoon of BLUE M60s close behind crossing south over MSR RHINO.

He watched as the Pattons moved to take flank shots at the M1s destroying two. He was fascinated While the concentrated return fire from the remaining M1 and the TOWs from the scouts and cobra started the MILES gear flashing on all four M60.

“All Call Signs All Call signs this is WHITE KNIGHT ENDEX ENDEX. ALL Team leaders and above report to Briefing tent in the Division bivouac’

The tent was teeming with excitement. a close fight leads to joshing about who killed who. the soldiers filed in, still sweaty and with faces streaked with cam paint. The RED force soldiers sat together on the right as the BLUE force sat on the left. The brigade command staffed watched from the stage while the Division Commander and Sergeant Major sat to the rear.

The brigade commander held up up his hand for quiet and spoke. “This was a good ex to get some cobwebs from the travel from the states out. I will now ask the Brigade intelligence Officer to recap the battle, Kevin your Up.”

“Thank you, sir. I want to start by saying this was a minor tactical victory for the BLUE force” At this point the BLUE force soldier erupted in cheers, whistles and shouts.

This was quickly stopped by the Div SM. Yelling for quiet as the Division Comd stepped forward, his eyes tight on the BLUE force Commander.

“While this may be a victory this is not how we will win a war with the Warsaw Pact.” He looked the BLUE force Commander in the eye and asked “Son how many tanks did you bring to the field?”

“and how many did you lose?”

He then looked at the Calvary 1st Sgt and asked “Sgt how many hummers did you bring by type?”

The Div commander then looked at SABRE. “and your losses Capt?”

“You deployed 21 vehicles lost 16 including all 4 AA HMMWV” the comd softly replied. “while yes your forces won your two units are now realistically combat ineffective. When you put this against your kills of 2 M1, 1 heuy and 2 m113 i am not sure how you intend to defeat a mass of T72 as a Motor Rifle Regiment bears down on you. in addition you left one objective completely unguarded. If the cobra pilots were not such poor shots this battle would have been over before it began’

“Now REDHAT,” he said as he shifted attention, “your biggest problem was lack of aggression. Your M1 got held up by units that could not harm them. This allowed a tank platoon to turn your flank and you lost the initiative and could not recover. You should have kept pushing, closed and destroyed the CAV scouts and captured OBJ KIWI.”

“in Summation if you fight as you fought today NATO will have no hope of halting any determined attack. Sergeant Major on me” The soldiers came to attention as the DIV command team left the stage.

The Brigade Commander looked at his EX O as they thought the same thought.

At what point is it too late to replace a company commander, and more importantly who do they get to replace them. 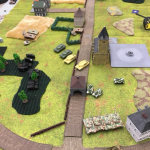 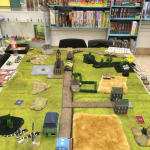 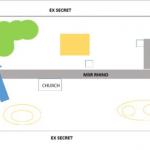 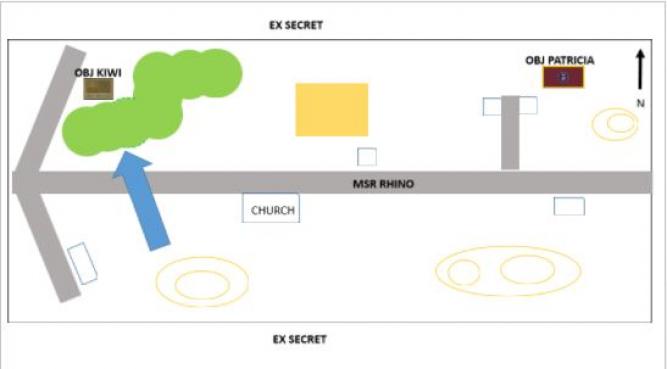 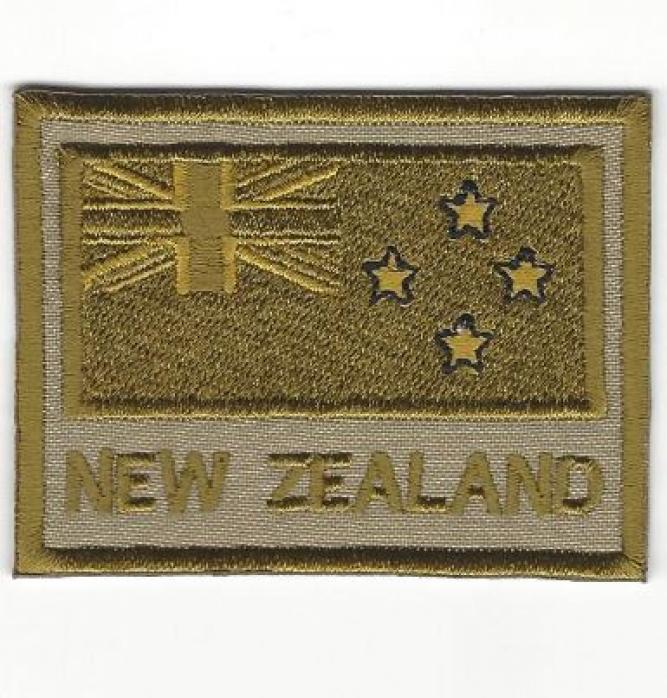 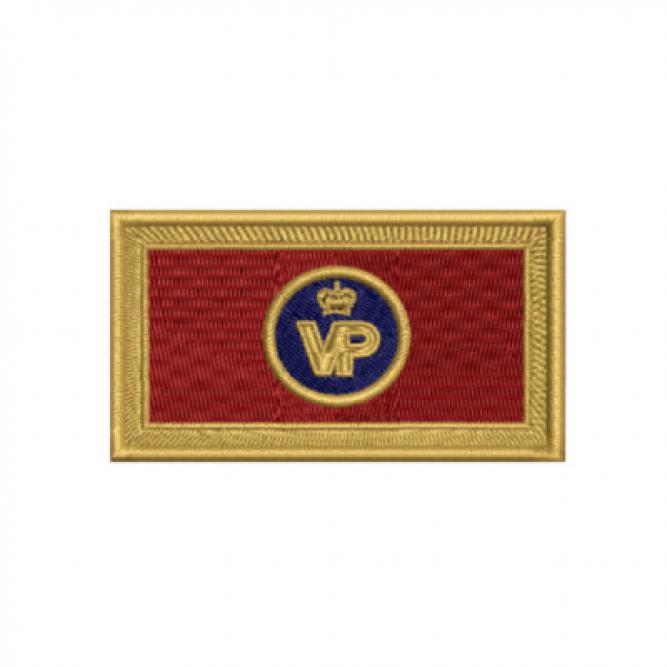