End of the Line for Captain Goodwin

Reuters reports that, having secured the southern approach to Berlin, Captain Goodwin’s company of USMC thrust northwards, into the city. It was there that they met with the Soviet Union’s crack troops, a battalion of battle-hardened T-64s with supporting infantry. A vicious battle ensued, lasting from mid-afternoon until well after night had fallen, with our brave boys barely managing to hold the line. 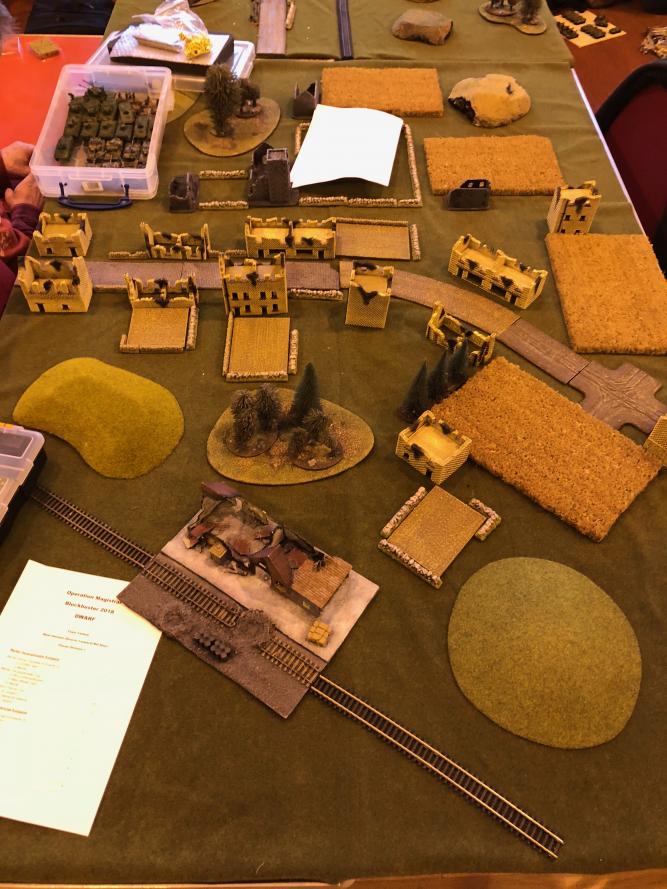 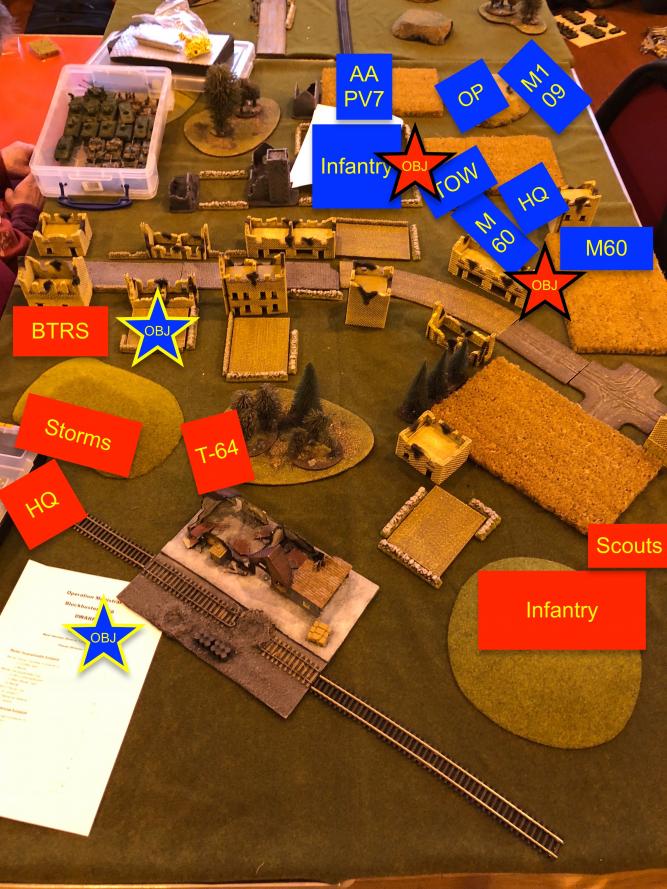 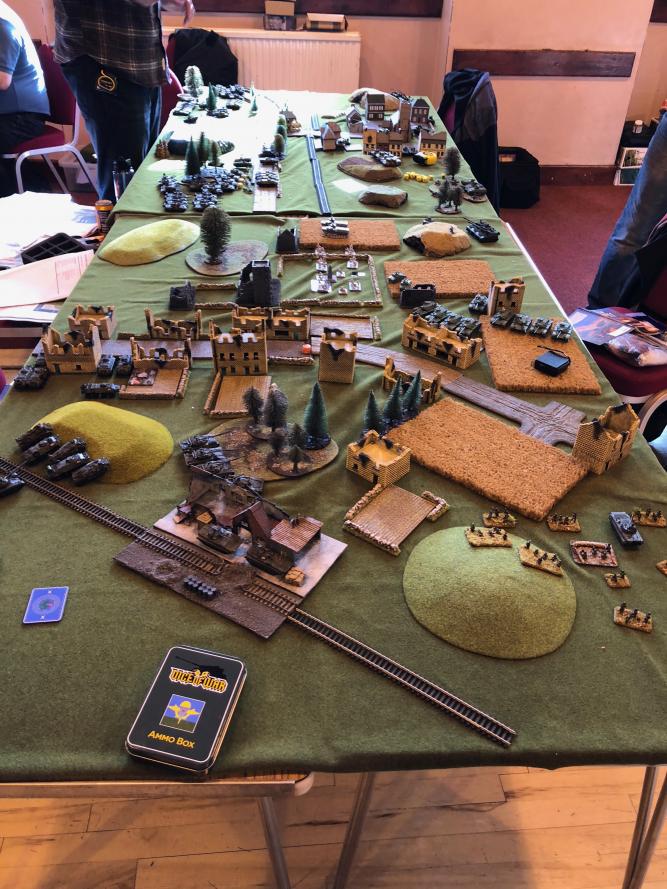 The dastardly commies revealed that their T-64s had been upgraded with barrel-launched anti-tank missiles! Rather than facing our fine M60s in a face-to-face fight, which they knew they would surely lose, the cowardly Russians remained at standoff range, firing their missiles to, unfortunately, great effect, picking off a number of our Marine tankers. The Marines tried to co-ordinate their own anti-tank missiles and artillery on the Ruskies’ positions, to limited effect, whilst the M60 platoons themselves were distracted by the threat posed by flanking infantry. 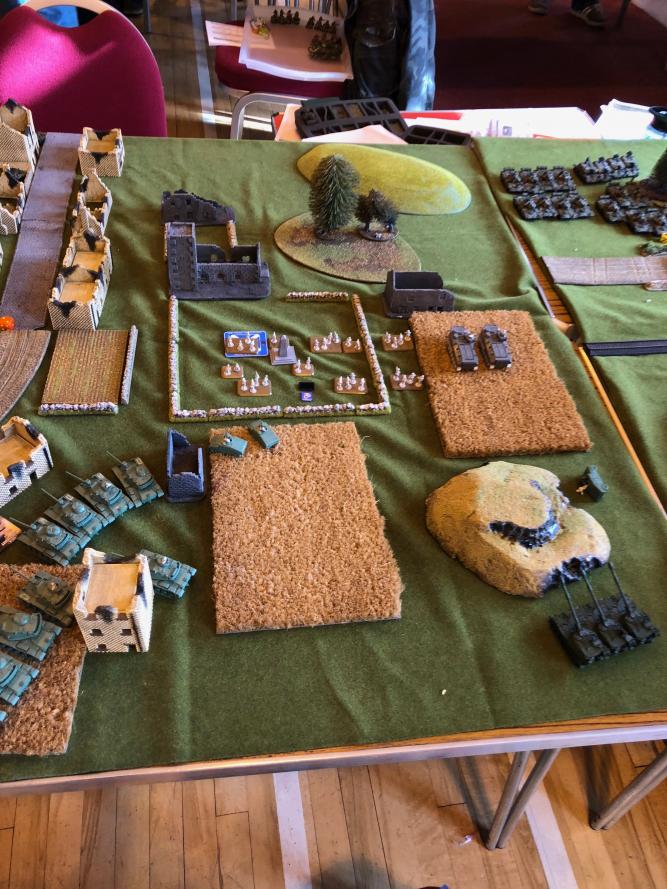 Reinforcements arrived for both sides. More T-64s for the Soviets, whilst air support, VADS, LAVs and Humvees arrived to support the Corps. The concerted efforts of the LAVs, VADS, and a Humvee Scout Section blunted the Soviet Infantry advance (the VADs and Scouts nobly sacrificing themselves in the process), before the LAVs turned their attention to supporting the M60s defending one of the Soviet objectives. Whilst the LAVs fought bravely, resisting every attempt by the Soviets to defeat them, their arrival proved too late for Captain Goodwin, whose tank was destroyed by advancing T-64s as darkness fell, along with every other M60, the Marine tankers refusing to flee the field despite heavy losses. In the twilight, it was impossible to med-evac the Captain, who alas is now presumed KIA.

Whilst the LAVs were wreaking havoc upon their Soviet equivalents, a brave platoon of Stinger missile equipped Humvees made a bold attempt to penetrate the Russian lines to seize the USMC objectives. Alas, they were spotted in their advance and wiped out to a man by Shilka AA tanks.

Despite the heroic death of their commanding officer, the remaining devil dogs fought on, in a true display of American martial spirit, clinging to their positions whilst awaiting relief from nearby NATO forces. The enemy has now been engaged in his heart-land. It is only a matter of time before fresh US troops reach the front and push Ivan back to Moscow! 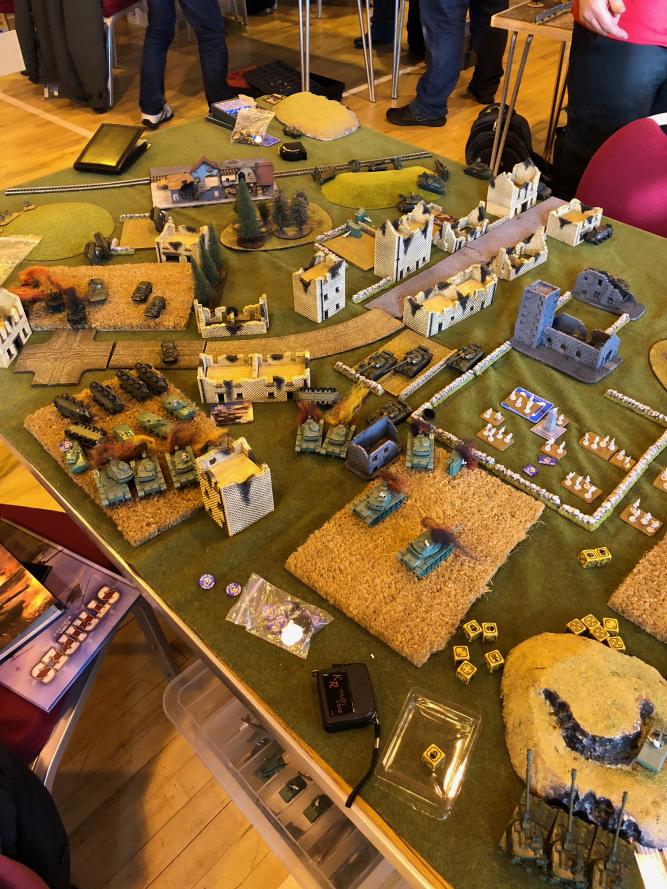