I regret to inform you my battlegroup was unable to hold position south of Hanover and has been obliged to withdraw.

Making Contact with the Soviet formation, we found that they had snuck up through a wheat field on the left side. I had held my Strikers and a unit of Helarm Lynx in ambush, more elements of the QDG group and air defense were further back and delayed in moving up.

The Soviet force pushed quickly to close combat range, necessitating the immediate deployment of the Strikers and the Lynx. The Scorpion troop also moved out from cover to engage the Sov support units. A disastrous round of shooting quickly lead to our position buckling. Between the Strikers and Lynx, only 2 T-64s were taken out, and they proceed to assault after murderous fire from ZSU guns and BMPs. Crack firing by our opponent took out most of 1 platoon’s Carl Gustav teams, leaving 1 platoon seriously weakened.

The T-64s were now too close to the Strikers and Milans for effective fire, so I attempted to blitz the Strikers back, which failed. At this point, our only hope was helping the infantry to hold on a bit longer until more T-64s could be taken out. The Strikers, now unable to fire effectively, were moved forward to provide tempting targets for the T-64s, hopefully diverting their brutal fire away from the infantry. The Scorpions eliminated the now-exposed Shilkas, while on my right I sent 2 platoon on a headlong dash at the Soviet backfield, in hope of drawing troops and attention. The Lynx desperately continued to fire, despite a heavy toll being taken by Sov AA and BMP guns.

The sacrifice of the Strikers did give the lads another turn, but the Lynx were driven off, and Milan fire was ineffective. Although 2 Platoon was within striking range of the Soviet objective, 1 Platoon was forced back by continuous assault, and I was forced to call in the battlegroup.

Most of the lads in one platoon made it back, but are severely rattled. I sincerely recommend Lieutenant Bowles-Mortons for a commendation for his brave sacrifice of the Striker Troop.

Yours-
Colonel The Lord Tadcaster 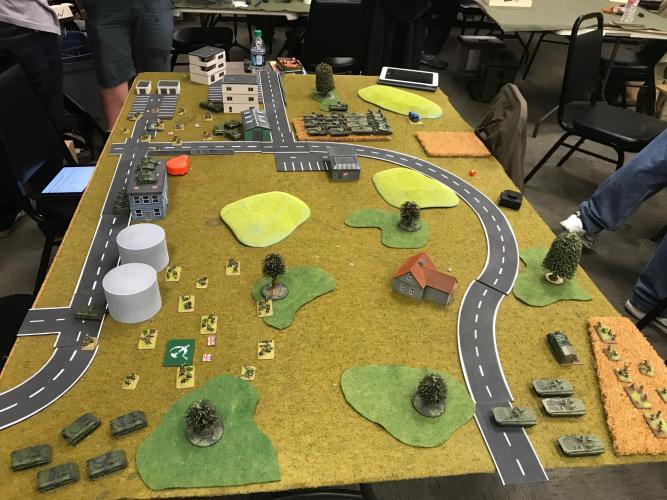 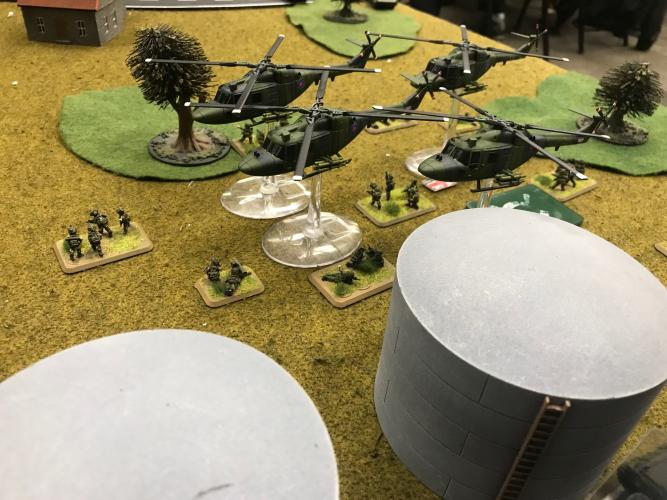 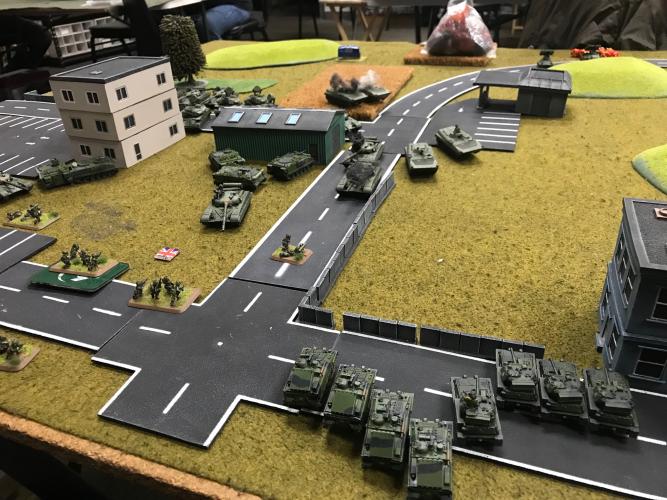 After the ambush. Only 2 T-64s destroyed, and another unit is already assaulting the left of 1 Platoon. 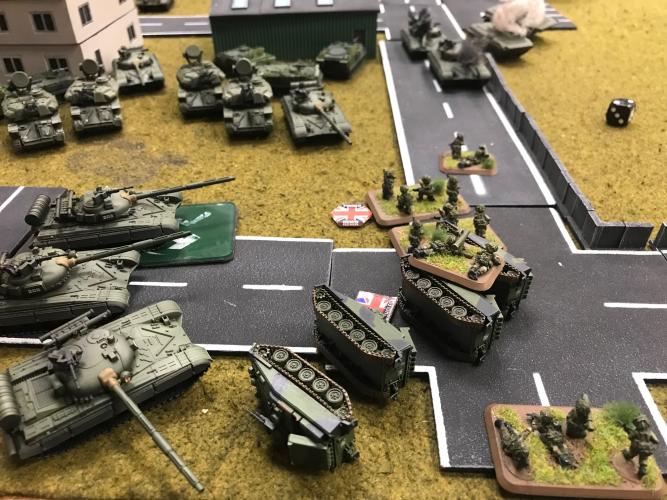 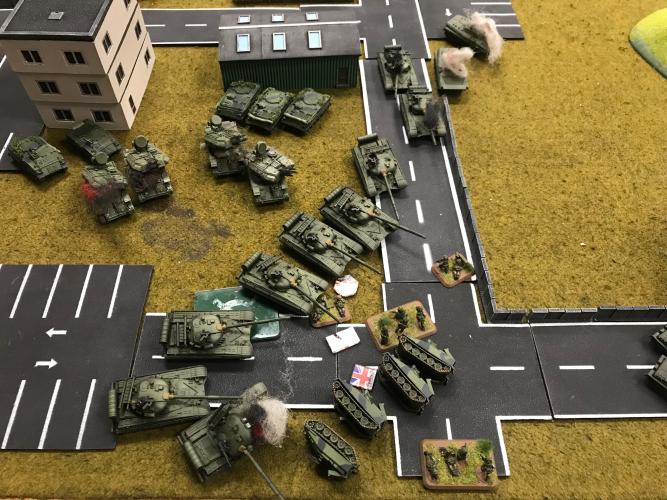 Despite taking out one track in close combat, 1 Platoon is about to be pushed off the objective.

Having played Johnny quite a few times, I know he's well tired of my infantry, so he decided to get in my face quickly. Turn 2 was a let-down, shooting-wise, and things went down from there. Instead of staying safely in their holes, the infantry were picked off, making things desperate, and the failed blitz made things even worse. By themselves, 2 Platoon wasn't going to be able to threaten the other objective, and the QDG reserves were too little, too late.

As always, this one could have gone either way, but the aggressive, concentrated attack proved effective.