Fed to the Wolves

If only they knew... The hunter becomes the hunted 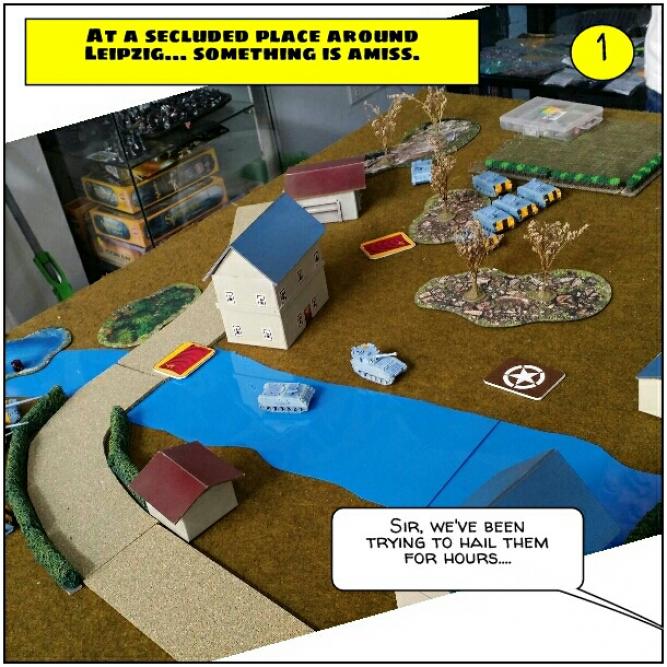 Captain Steiner had a bad feeling about this one. His element was supposed to link up with a British unit which which was tasked to eliminate a Soviet Hind Air Support Company just east of the rally point. Several days earlier they were still in contact with the Brit unit. However, a day later, it started to become difficult to communicate with the said unit. They would just roar and growl on the comms constantly saying that they would kill the "traitor legions" that caused an edition change causing a certain unbalance. Steiner had no idea what that meant. He just hoped that his ally didnt go crazy over the war. 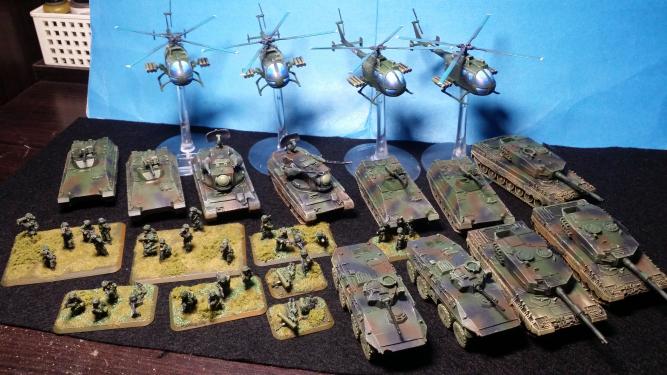 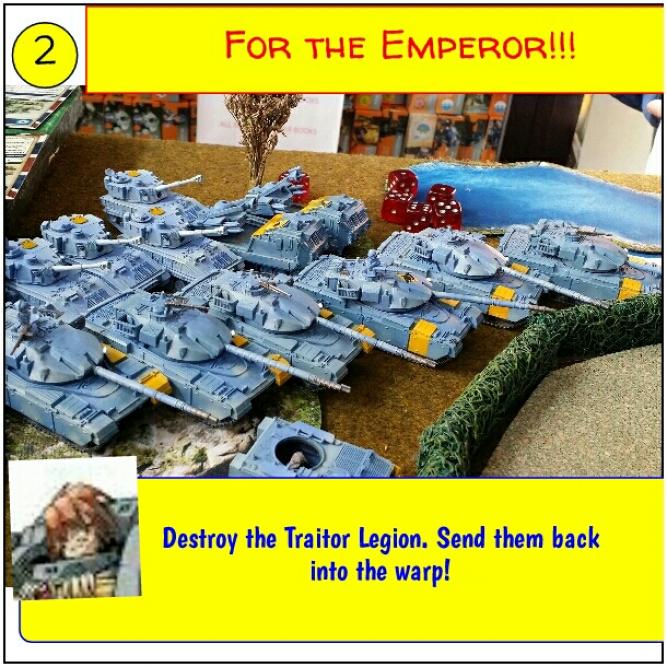 Something was waiting for them... not the allies they were supposed to meet. 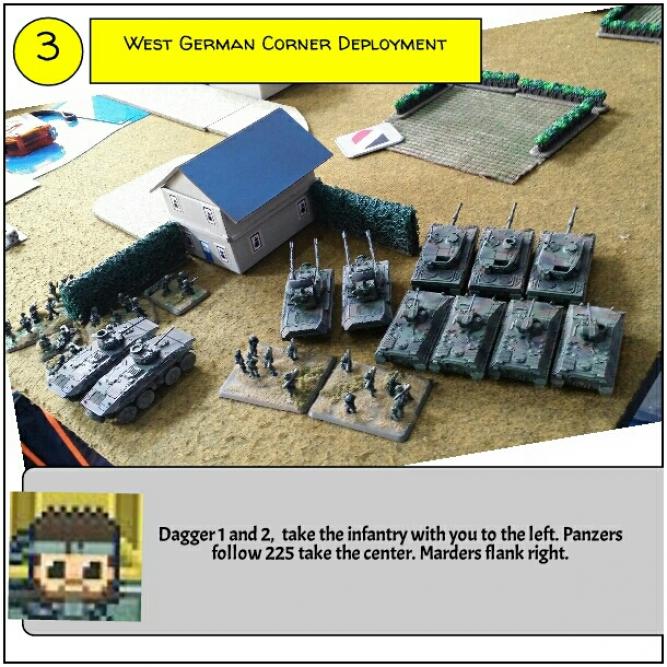 Starting corner position. Luchs deploy to the left along with a full squad of Panzergrenadiers in an attempt to sieze an objective on the left as well as cover the central objective. 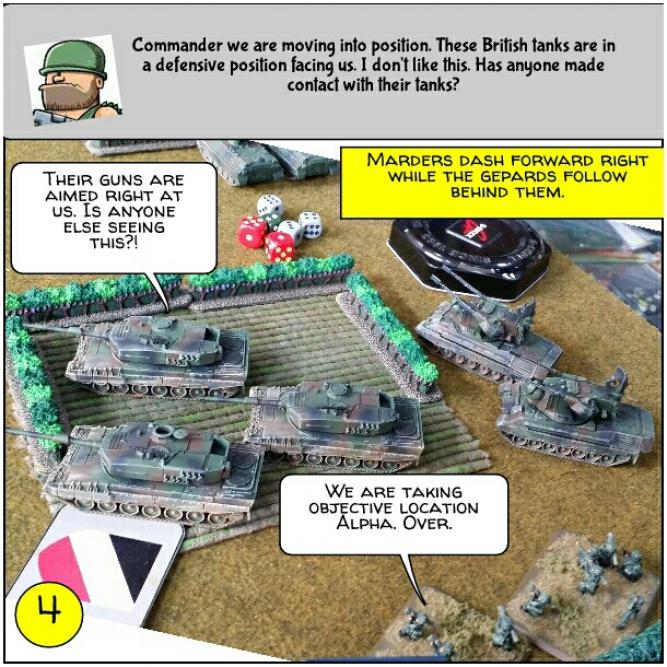 The marders dash up the right flank followed by the two gepards. The Leos position themselves behind cover taking an objective and attempts to engage and eliminate some chieftains. 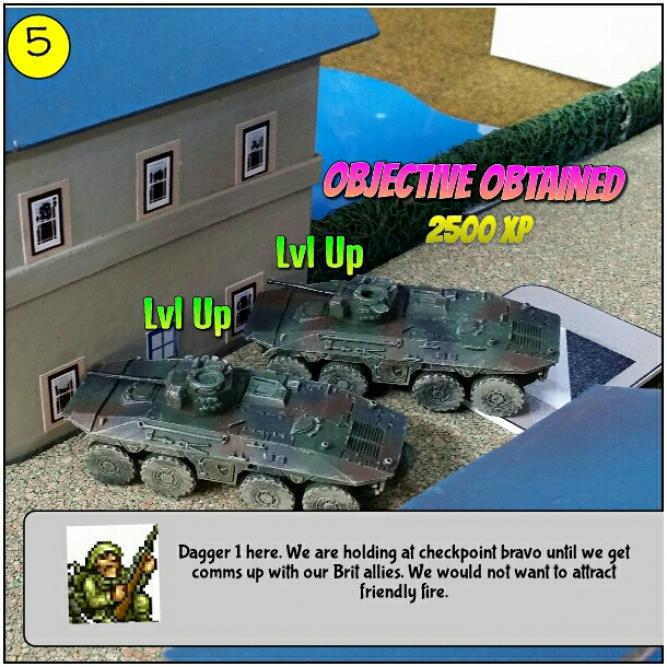 Luchs take the left objective and stay behind a house out of line of sight. 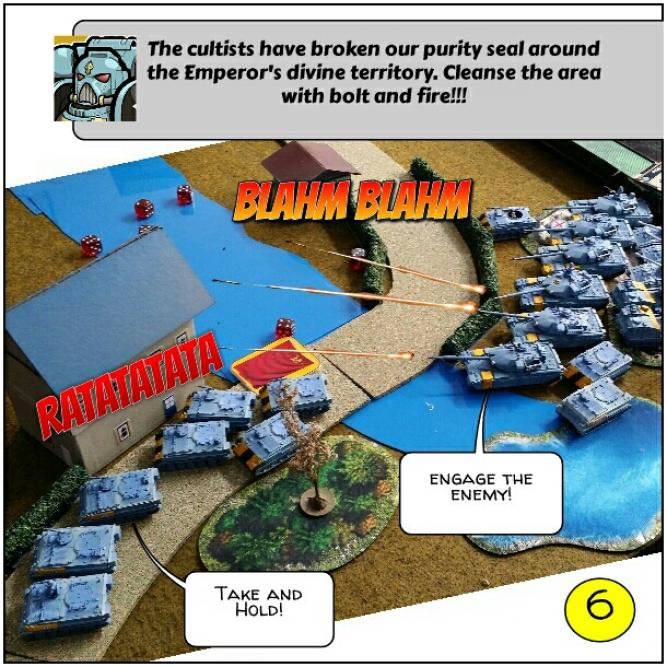 of course bad guys will be bad guys. 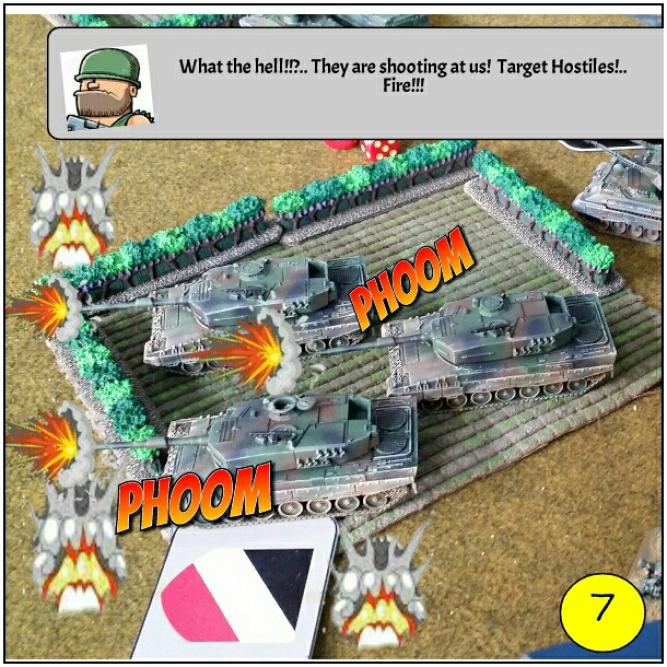 The Leopards open fire but my rolls were bad. 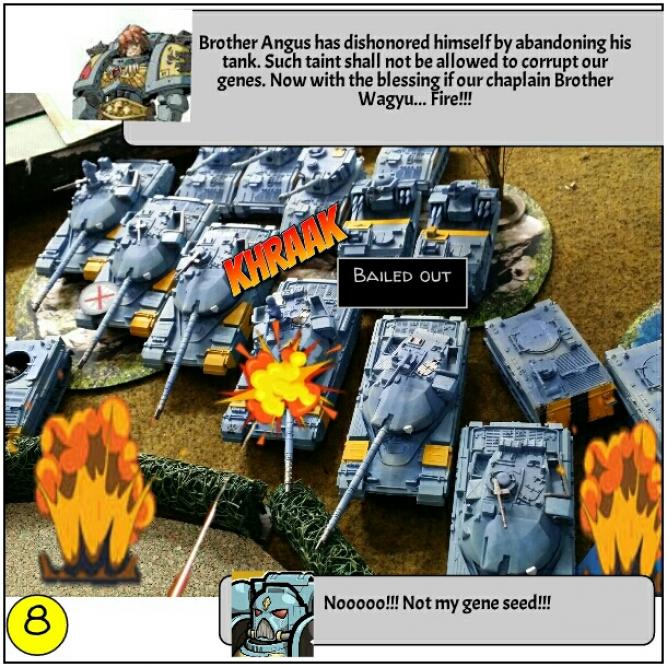 And I roll a 1 for my firepower test for that single unsaved hit I made. 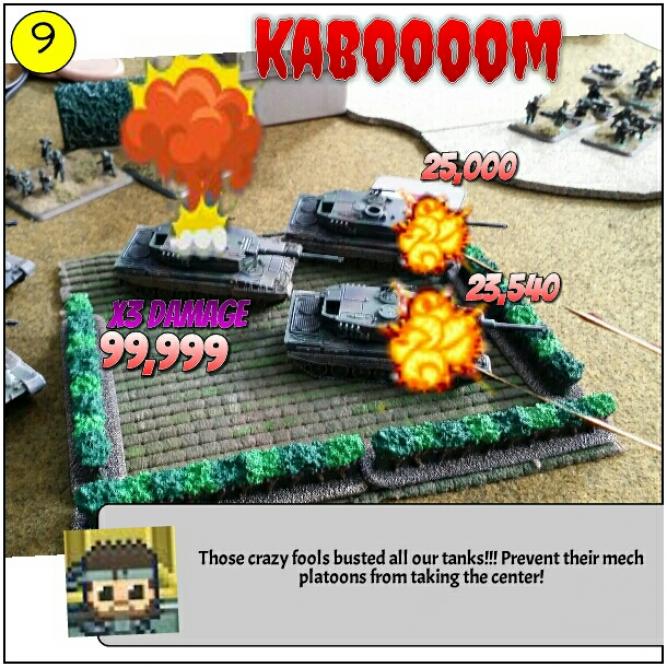 Stationary Chieftains.... more or less going to score at least 3 hits.... and my saves suck. 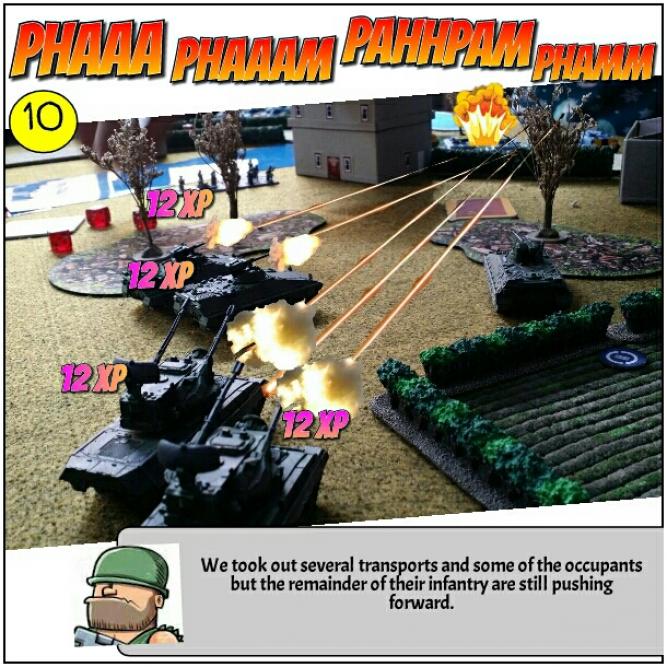 My marders and Gepards fire on the advancing transport units. Some infantry stands are killed in the process. 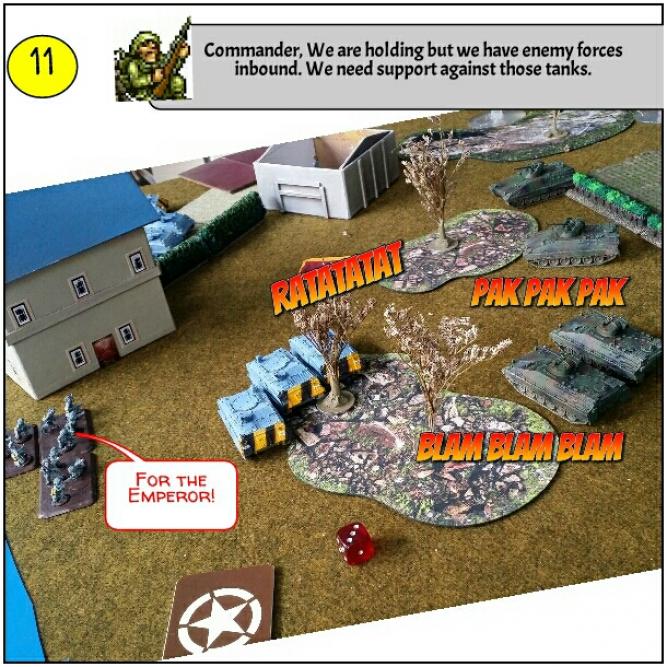 South of that enemy infantry unit going for the central objective is my panzergrenadier unit in a house. They fire their MGs but that infantry 3+ save is just golden. 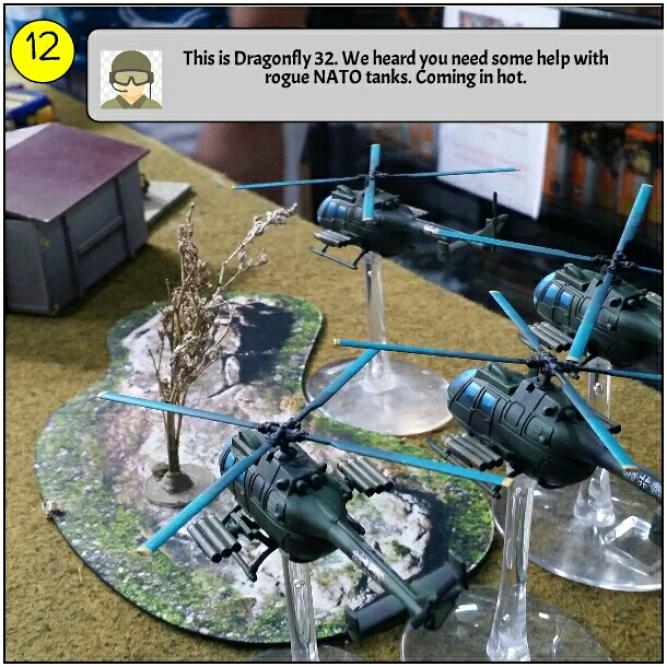 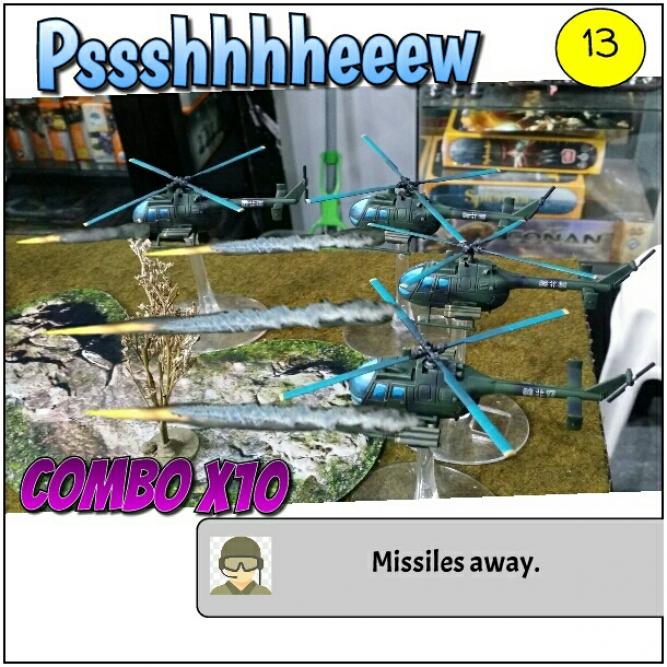 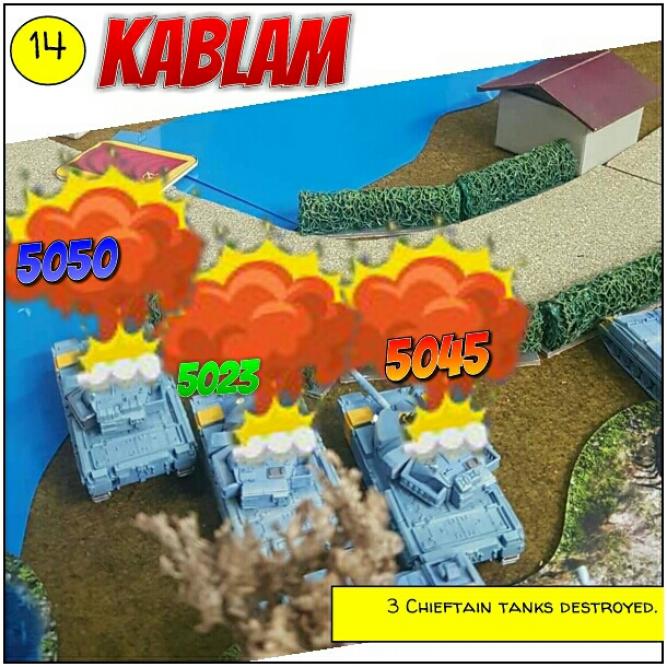 The PAH Helod evade the SAM Rapiers and earn their points. Though I was hoping that they would take down the rest of the enemy tanks. Sadly that did not happen. 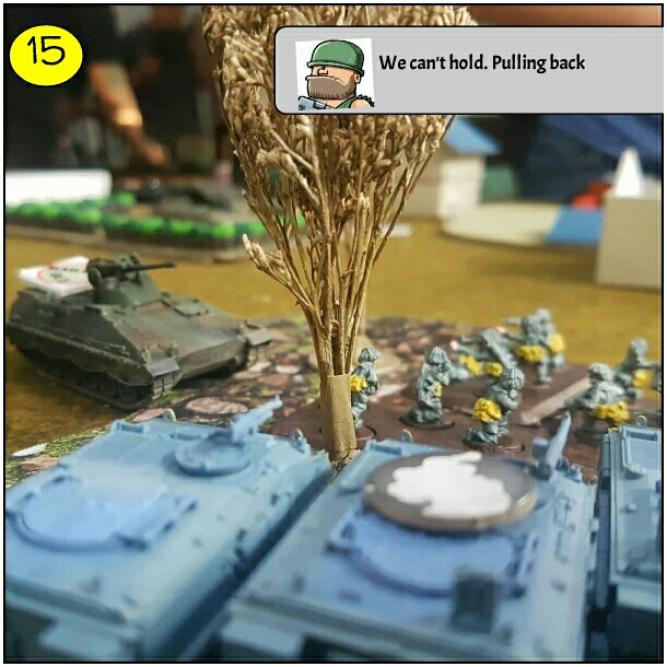 The Gepards are destroyed by the enemy infantry and the marders can bo longer hold the tide. 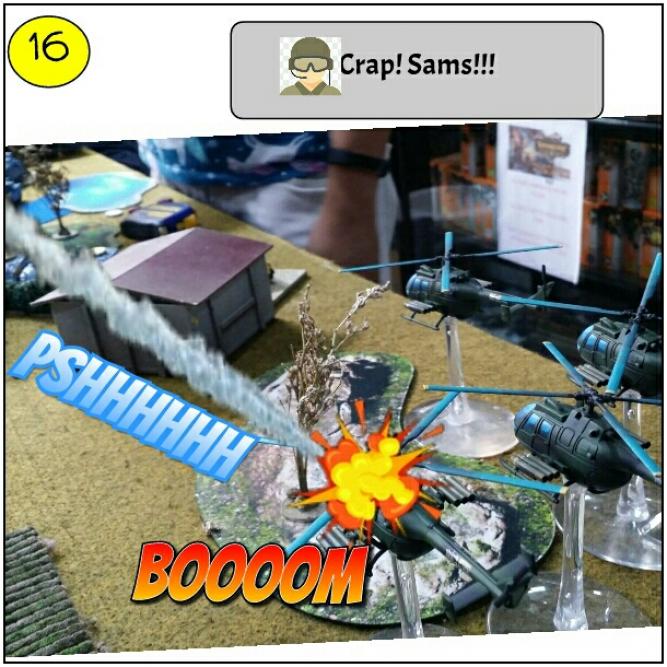 Asides from my choppers starting to get hit, unseen is my Panzergrenadier unit being hammered and eliminated by Abbots and Chieftains. 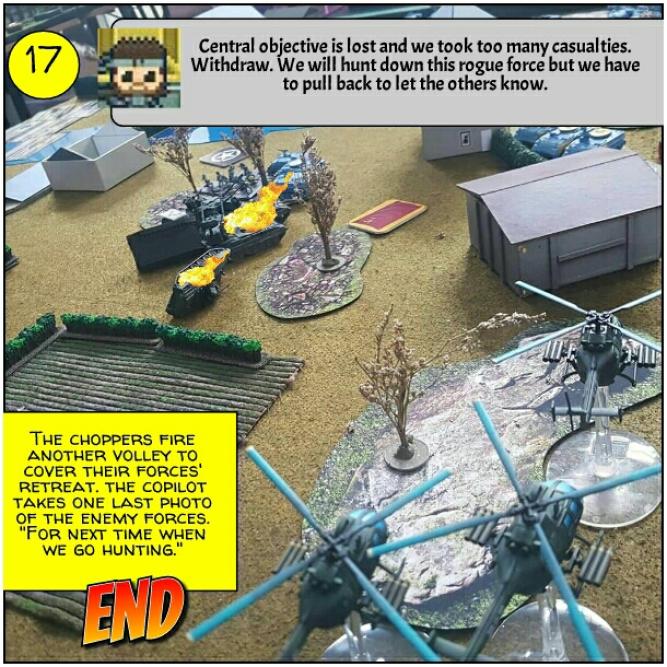 Hoping to get a rematch this weekend.