We intercepted the West Germans reporting that their “picnic was ruined” by our armored forces. Indeed, my opponent showed up at the door with a large picnic basket full of miniatures. An interesting way to carry them, but very practical in the end. We played a standard 64 point game. I had two T-64 companies and a motor rifle company, all rounded out with some Hinds, recon, and assorted AA assets. The Germans had a recon company with an attached American M-60 tank company. It came together in a Dust Up mission on the long way down the table, as you can see here. 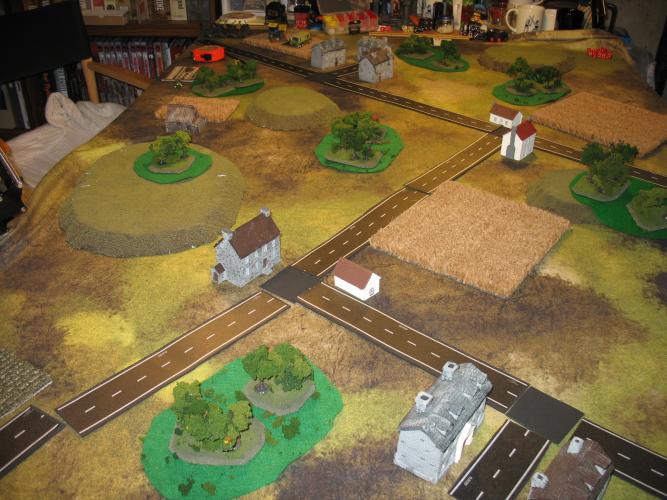 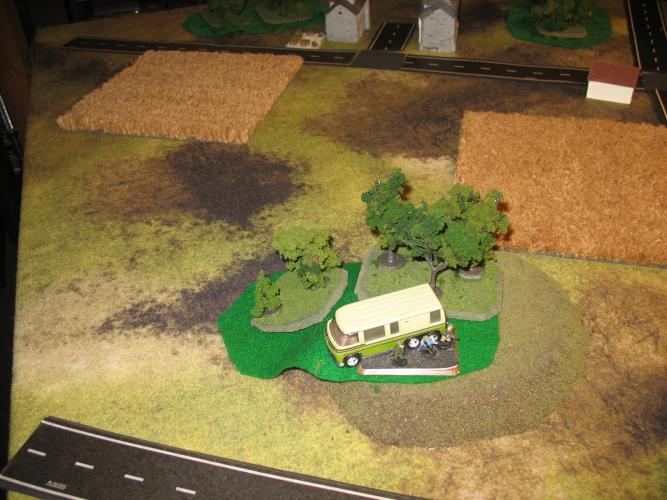 Our primary objective was this strange new IFV that NATO is trying out. It had to be captured for evaluation. 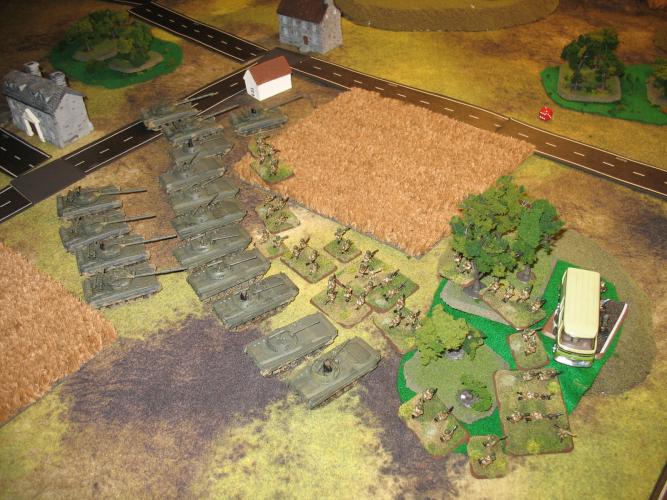 We line up for the standard tactic: The Bum Rush (patent pending.) The plan is to fight it out on his objectives so he has no energy left to capture mine. 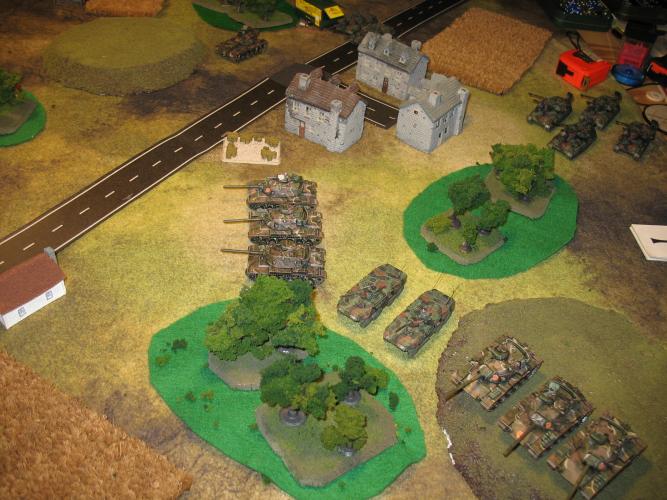 NATO deploys in cover, except for the one platoon of M-60s which are out in the open. Did he forget he wasn't guaranteed the first turn? 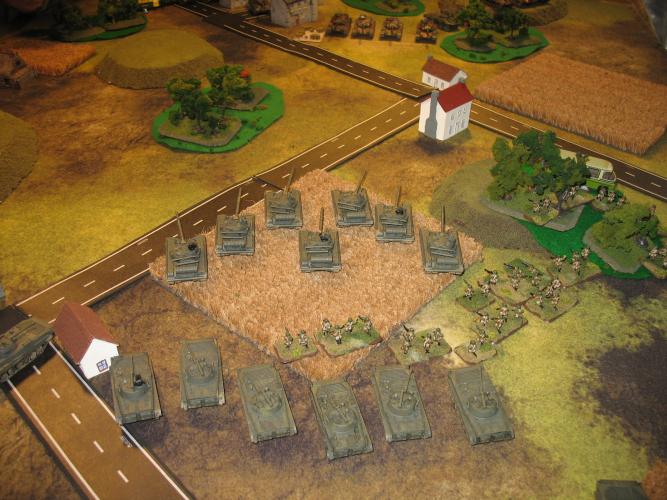 In the event, the Soviets had the first turn and moved out in style behind the T-64s, as is per doctrine. NATO may think it inflexible, but it works and puts maximum combat power on the objective as soon as possible. 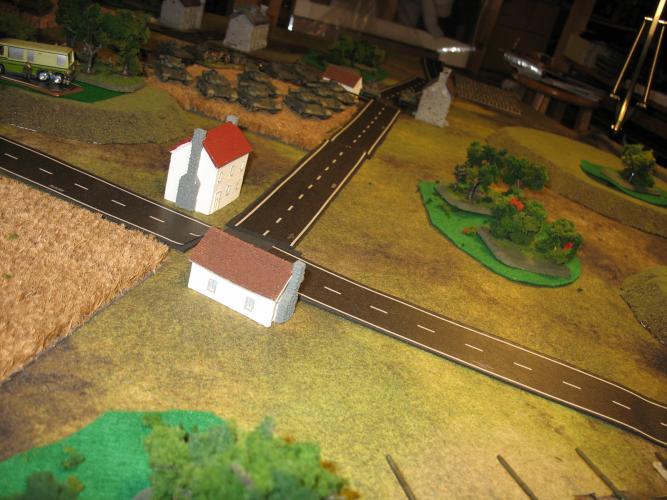 This is what is looks like coming at you. Fast and deadly, be on your game! 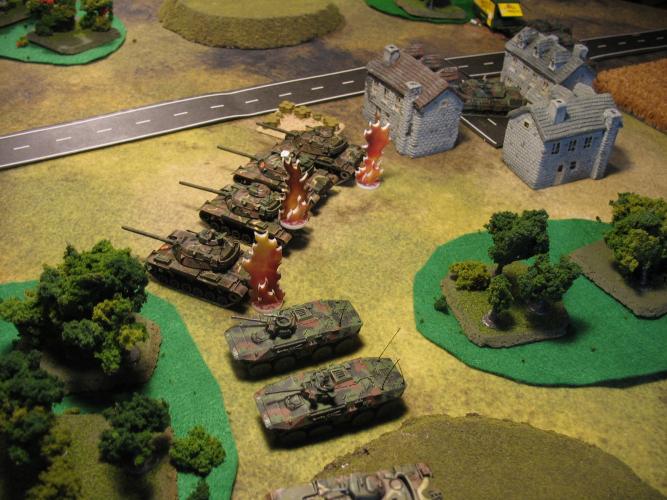 The M-60s in the open take the our opening fire, and the platoon burns. 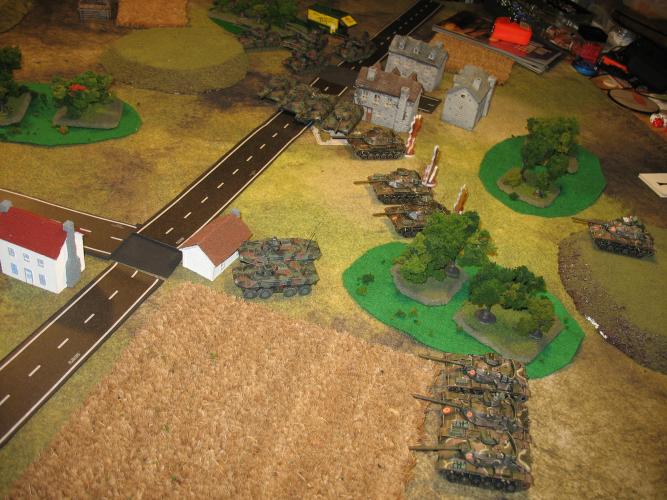 NATO shifts to bring our spearhead under fire. T-64s might shrug off fire from the Leopard I tanks, but the M-60s are a threat. 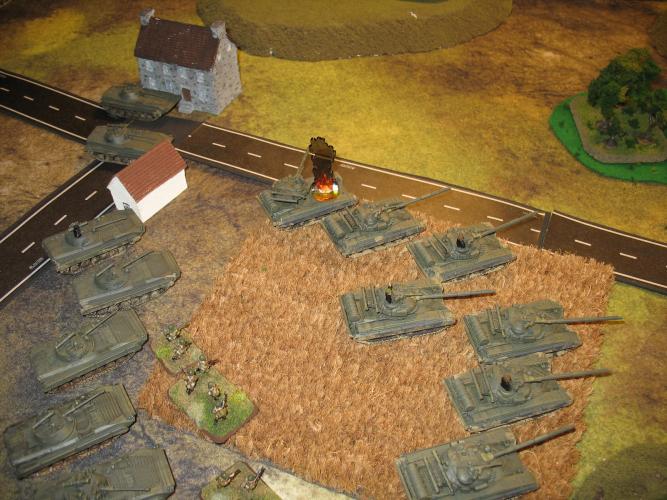 They get one of our tanks, the rest roll forwards! 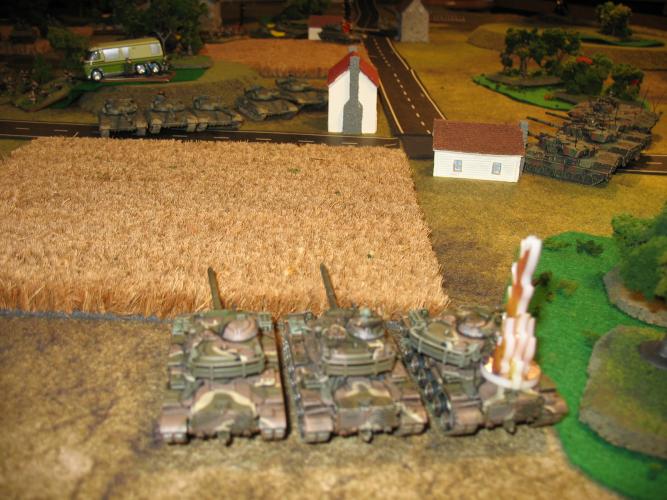 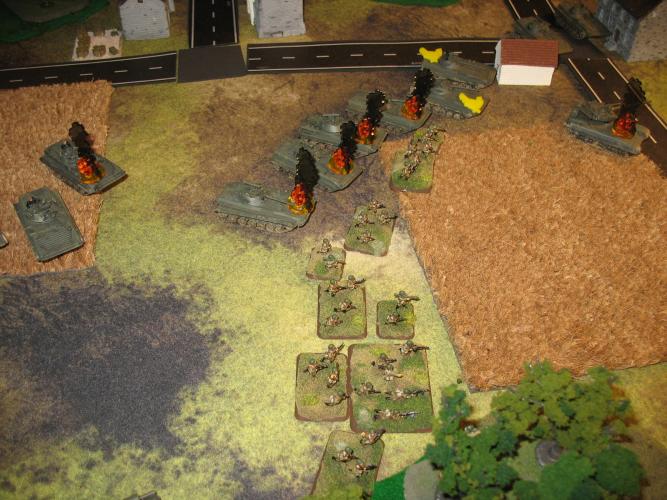 The Leopards shift fire to the BMPs. They can kill those, and it takes the Spandrels out of the game. 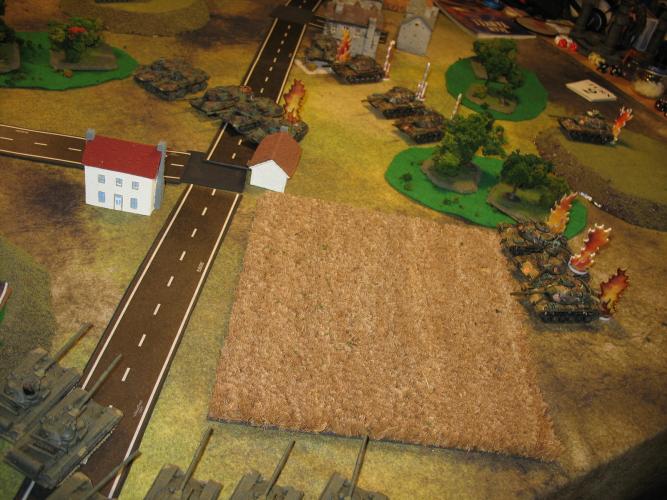 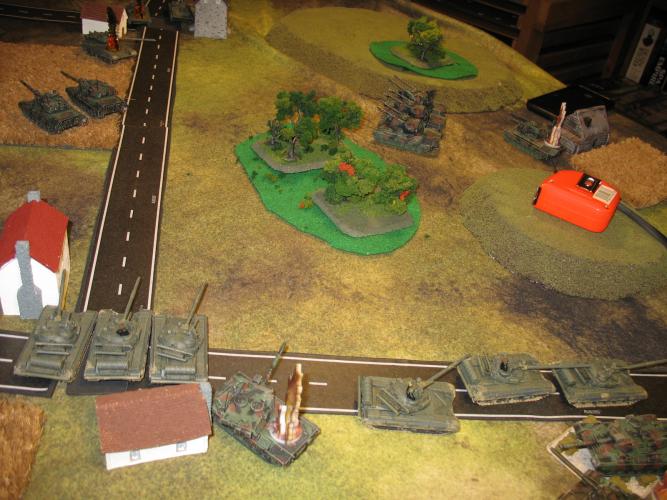 More action, we push on towards an objective. Road marching T-64s have no enemies which can hurt them, may as well get on the objective and make NATO fight me for it. 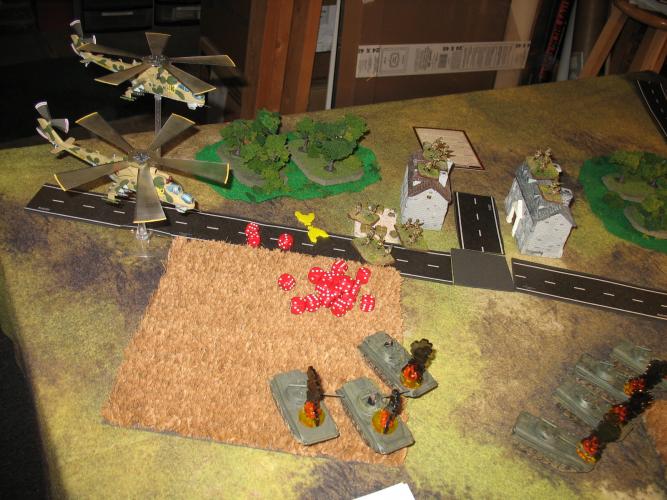 The Hinds show up, hovering over a mass of dice and burning BMPS. And yellow chicken markers, my signature! 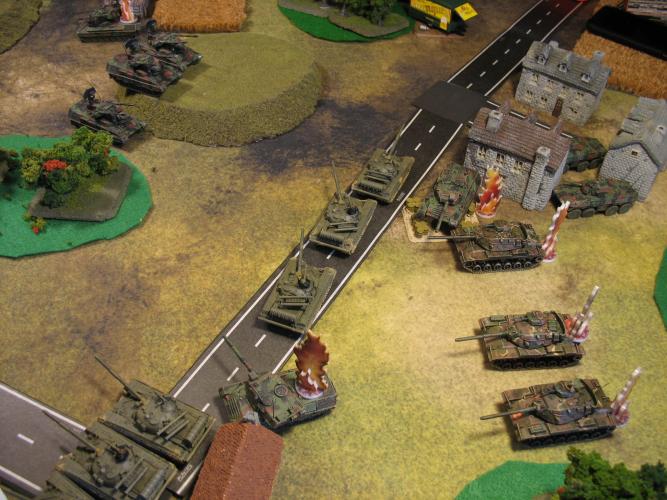 T-64s against Gepards and Fuchs armored cars. Not even close, and the game ends in a Soviet victory. I've played against Kubikhan's German list several times now. The M-60s provide a needed punch at low points to the German recon, but they are very vulnerable if caught by massed tank fire. He always provides a good game, and this one took a lot of thought, it wasn't really as easy as "follow Soviet doctrine" thought that's how I started off.