A chill in the air quickly expelled the fatigue from Hauptmann Mutterlieber's head. It was so cold in fact that even his 'morning wood' had shrivelled up. An ill omen for a man too busy to pick up on it, for the airwaves were already alive with the sound of imminent contact... 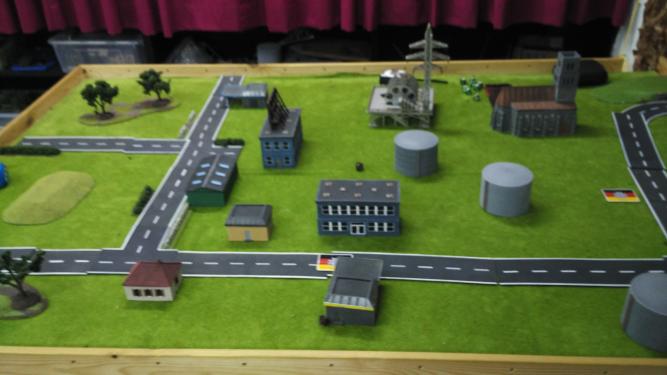 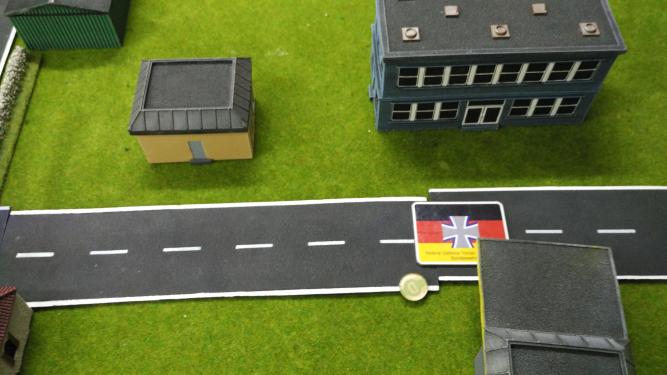 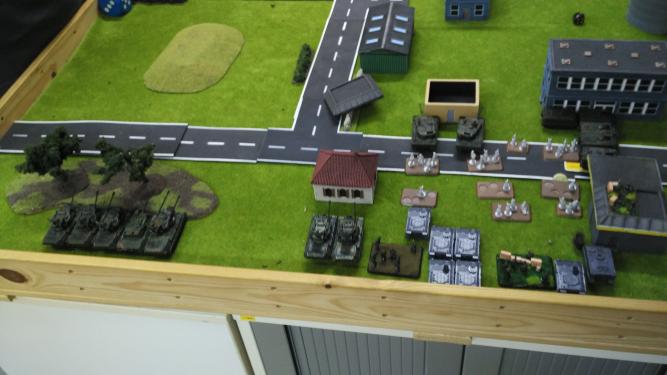 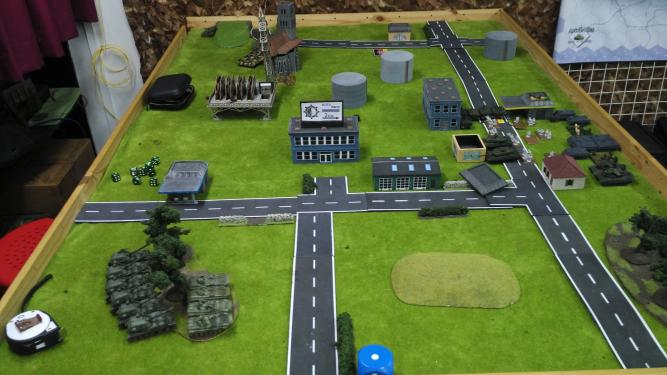 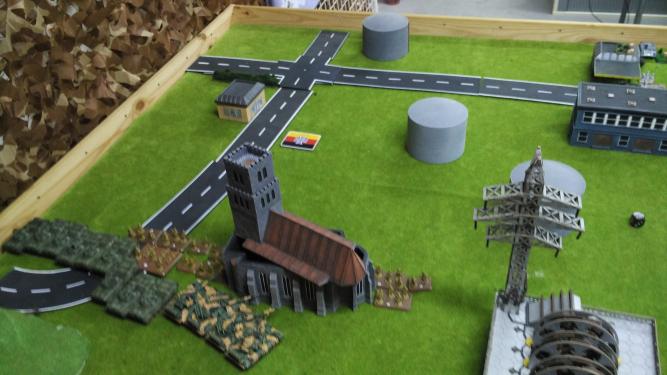 THE WURST HAS COME

I quickly realise that the line of BMPs are just out of range of my Milans and the T-64s are too well hidden. In short, there was nothing worthwhile to engage. I get reserves in on the first roll and brought my LARS in from reserve, using the road network to speed them to relative safety. Unfortunately, with a failed Follow Me they are still right on top of the pre-ranged in marker.

The mounted British infantry platoon debuses and shifts forward to keep the objective within reach while the other platoon shifts forward to occupy the buildings just outside my DZ. Their FV432s then rush into no man's land to get out of the way for later moves. However, this leaves them totally exposed. Some of the Gepards shift right in anticipation of future air attacks but this leaves them strung out in line abreast which comes in key later. 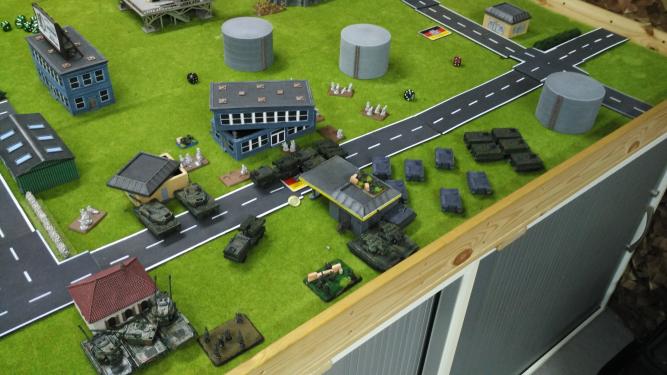 My opponent gets reserves in as well and brings in his remaining T-64s to take shots at my Leo 2s. My forward platoon of infantry is just within range of one PKM team; my opponent moves up the other one to shoot at my infantry as well. The rest of his infantry stay in their foxholes.

I lose only a single LARS to the artillery. However my infantry and FV432s are not so lucky. The forward platoon loses 3 stands to horrible saves(a sign of things to come) while the FV432s get butchered as expected. One group takes heavy losses and flees while the other loses 2. I also lose a single Gepard to BMP potshots. More importantly, the T-64s whiff only for the BMP-2 recce unit behind them to hit home and knock out one Leo 2; the other one sticks around. 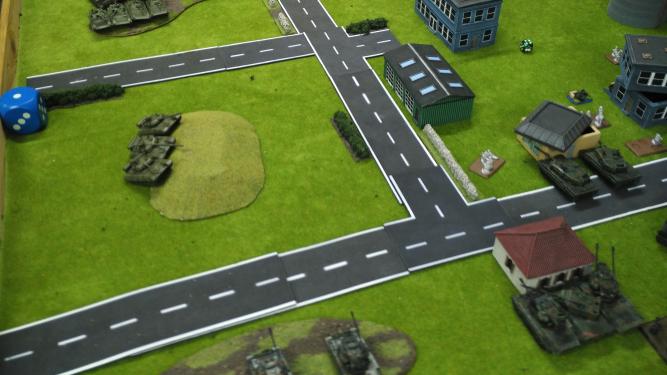 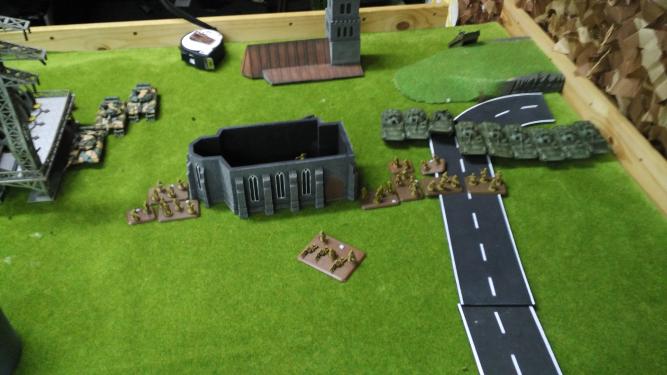 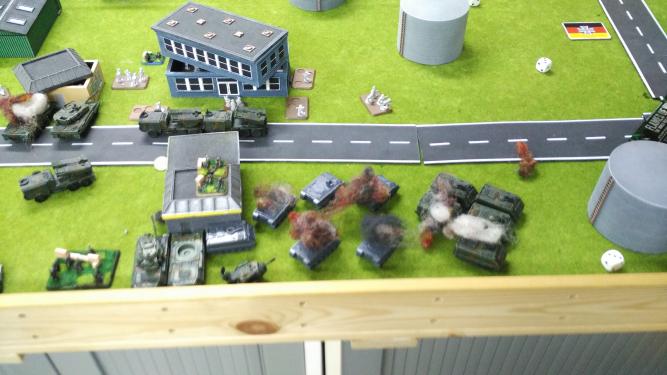 Unsurprisingly the Milan group in ambush shows up in response to the T-64s invading my DZ. My Leo 1s arrive from reserve and move up to take on the BMP gunline while the remaining Leo 2 trains its guns on the T-64s. The remaining FV432s go looking for revenge and the LARS rally and continue running for safety.

Apparently my entire force is armed with duds since all the fire I can bring on the T-64s only bails 2 of them. It spooks them enough to make them flee, however. Meanwhile the lone exposed PKM team gets tickled to death with high velocity lead pollution and half the BMPs go up in flames.

The Shilkas arrive from reserve and sprint to the right. Meanwhile the infantry rally but still remain in their foxholes. His CO opts to move next to his OP where he will remain for the rest of the game, while the remaining T-64s move closer to my infantry to take on my remaining Leo 2.

Luck smiles briefly on my Leo 1s who suffer only a single bailed tank despite a plethora of ATGMs and Krasnopol rounds. My LARS aren't so lucky though and 2 more go down though the last one remains.

Most importantly, I lose one more Gepard and find myself needing to take a unit morale check due to a rules misunderstanding(I thought that if I deployed in line abreast I could count other tanks in the same unit within 16" for unit morale purposes, but it turns out that even then only those within 6" count. I wouldn't have done this if I was aware of this problem). This was important as the Gepards ran which eventually lost me the game. 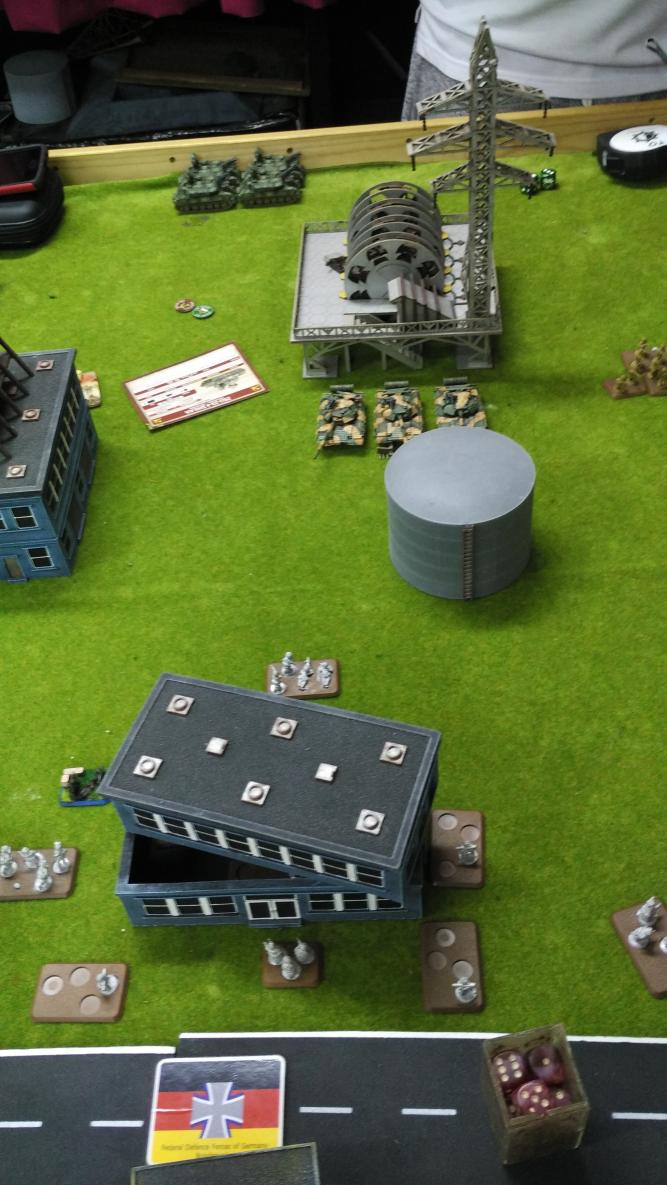 The bailed Leo 1 remounts and together with a newly arrived Luchs patrol mops up the remaining BMP-2s. My Spartan MCT group also arrives and dash towards where I think they'll be needed. The rest of my force displays *remarkable* marksmanship. Only 1 exposed T-64 is hit and bailed while the BMP-2 scouts are completely unharmed. The remaining Leo 2 then fails a Scoot roll. 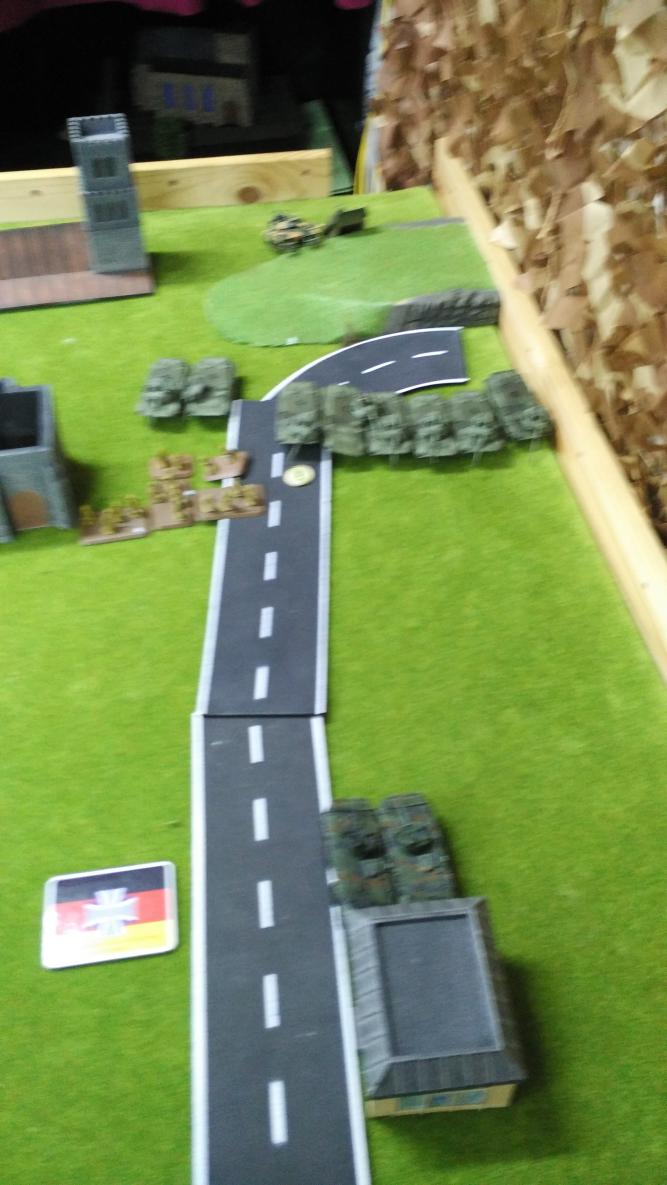 He brings in his BRDM patrol while the Shilkas swing around to engage my Milan posts. The T-64s move forward to get closer to my Leo 2. The last Leo 2 quickly earns what he deserves for his 'masterful' performance. My infantry prove more resilient and shrug off any lasting harm from autocannon fire.

On the other side of the table the Luchs patrol pay for getting too close to the entrenched infantry line with one bailed tank. Luck wears off for my Leo 1s who suffer 2 losses from Krasnopol fire, though they all stick around. 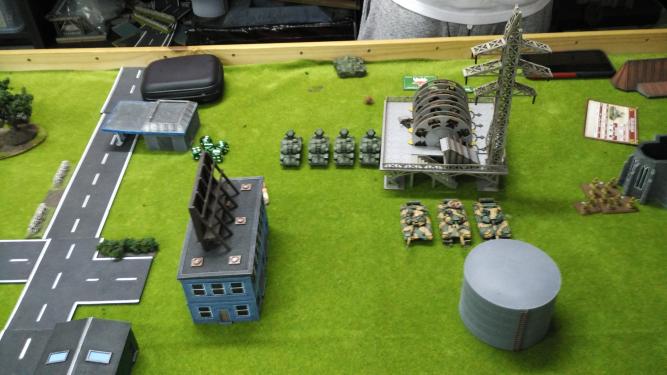 The last Luchs patrol arrive and attempt to sprint to safety along with my FV432 mortars. The bailed Luchs fails to get back in so I opt to hide the operational one instead. My force continues its confidence-inspiring performance by failing 4 consecutive attempts to blitz to get more guns on the T-64s. I knock out 2 of the BMP-2 scouts while the Shilkas are quickly removed. The T-64s escape unpunished thanks to *skillful* gunnery once again, so I drop minelets on them as a consolation prize. 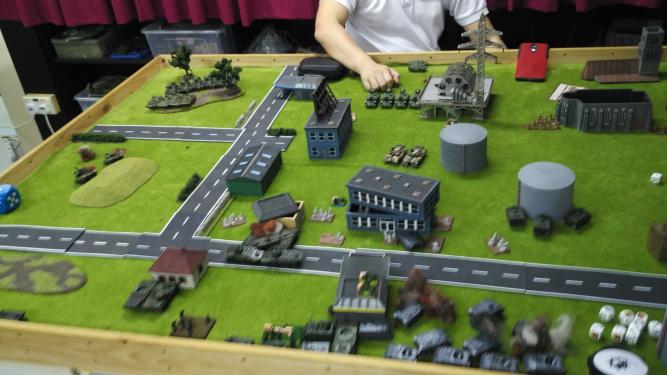 My misery ends with the Hinds coming in. The bailed T-64 remounts and moves up to join its comrades. My Redeyes only manage to down 1 Hind before the rest knock out both my CO and a Luch. The T-64s then take out a Redeye team and with that my force quits the field. 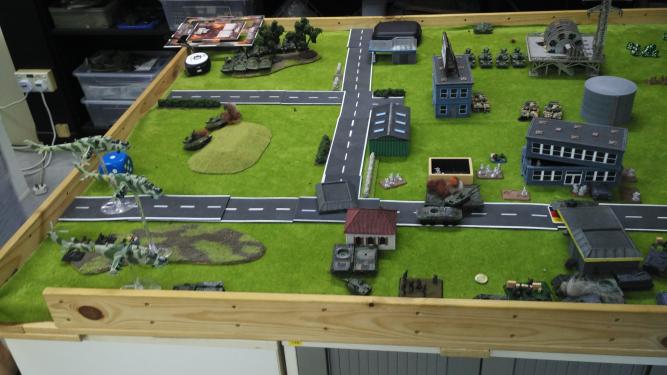 My old nemesis Alexei and I have always been quite evenly matched; because of this, bouts between us are often decided by luck. My terrible rolls(and a fatal rules mistake with the Gepards) allowed him to simply do whatever he wanted, and since he knows how to exploit my weaknesses it was lights out for me.

Was the nun real, a specter of those fallen in the fighting, or even just a figment of his own conscience? Mutterlieber couldn't tell, nor did he have the time, as he led his ragtag band of survivors through the woods away from possible pursuit. Shame was the burden of the living, but only time could tell if he still remained in their ranks.