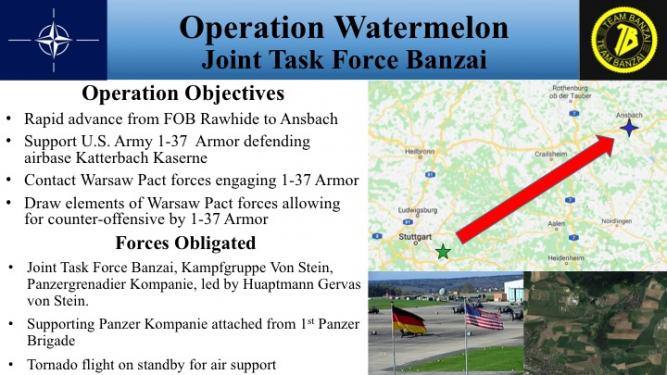 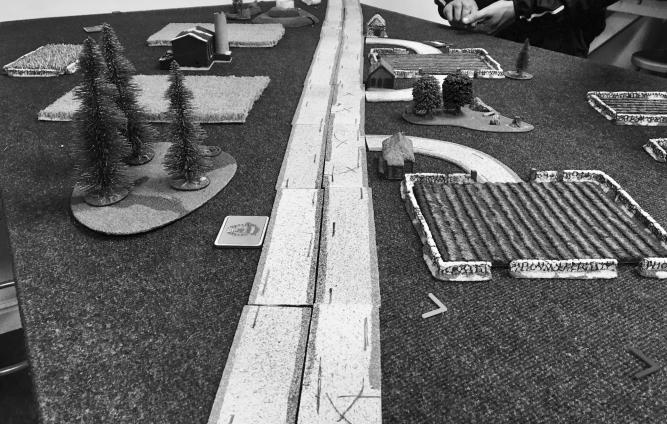 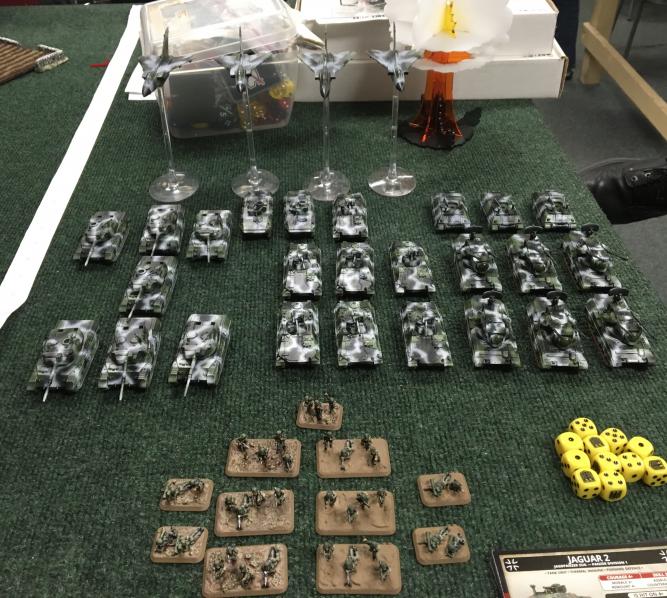 Aerial photo of Kampfgruppe Von Stein prior to departure from FOB Rawhide. 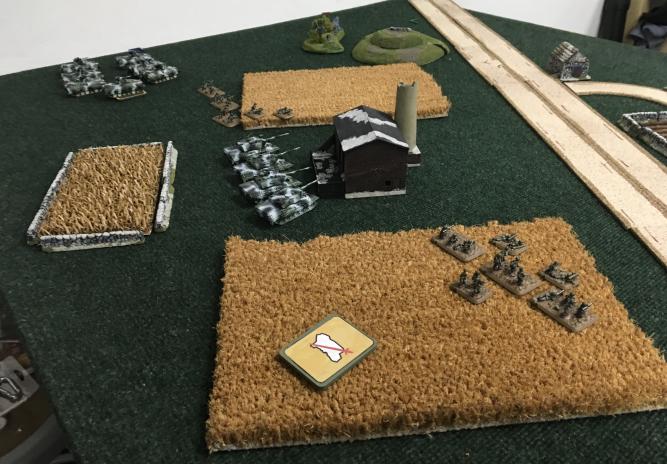 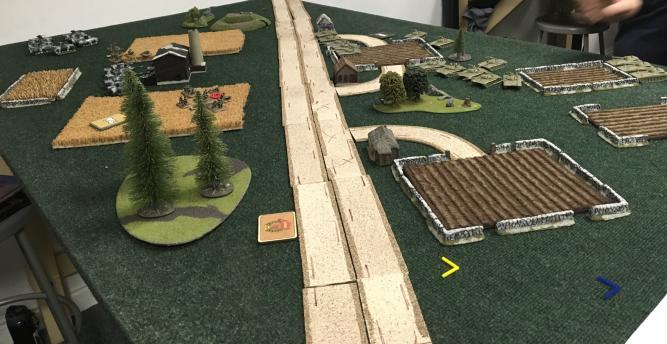 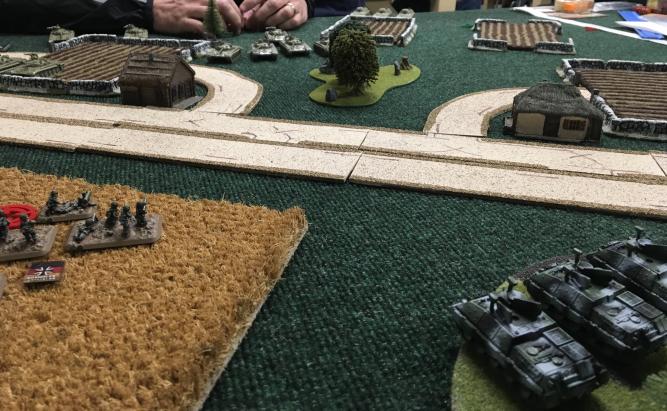 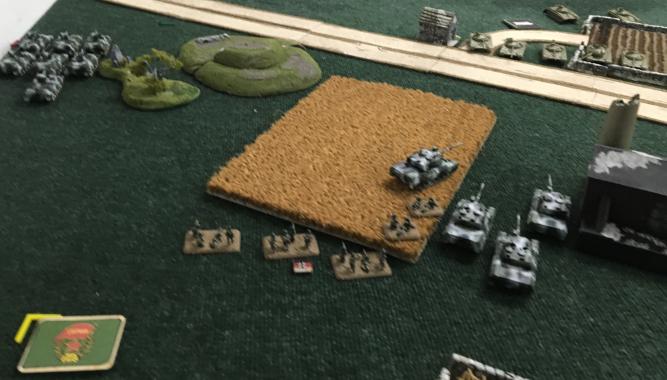 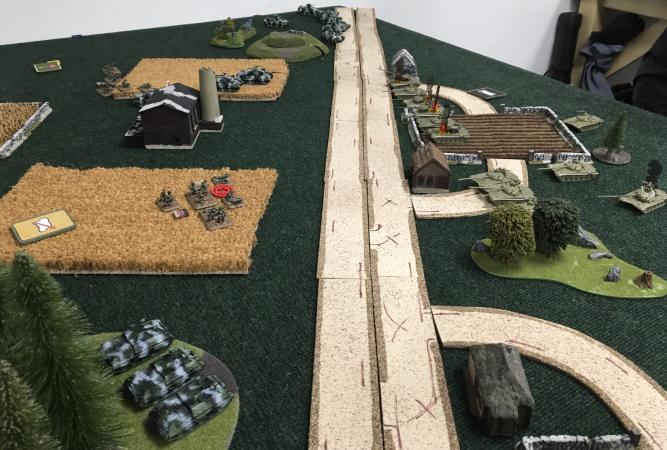 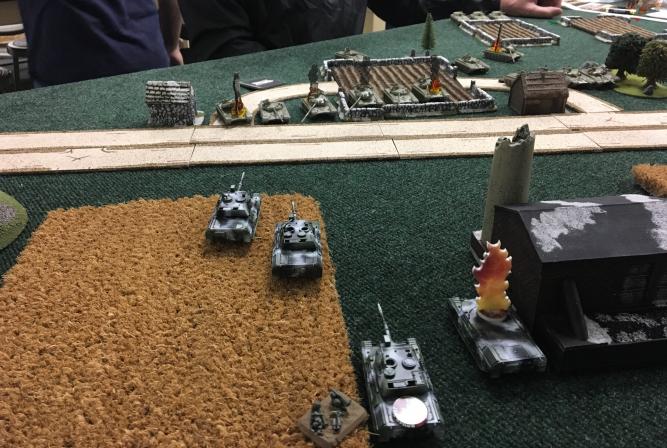 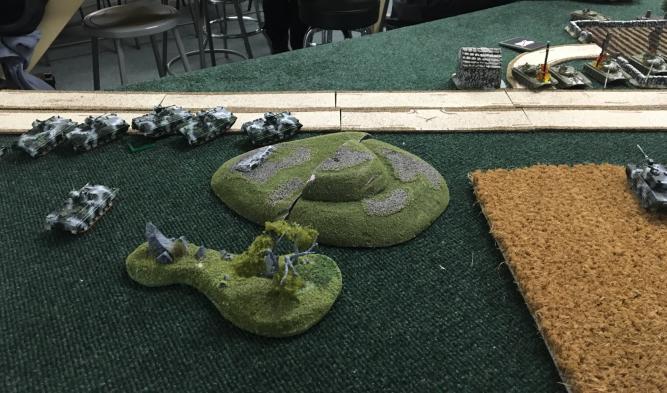 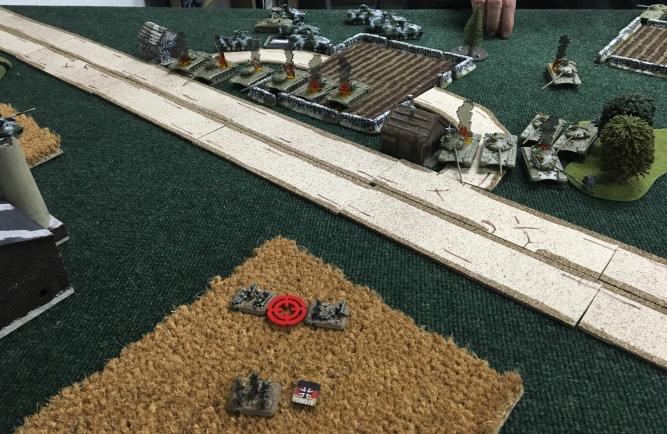 Soviet artillery and T-72s whittle down Hauptmann von Stein and the Panzergrenadier zug, but the teams give as good as they get. 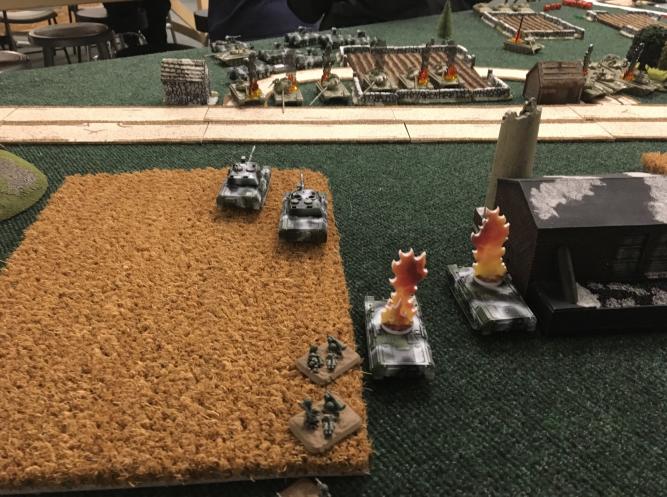 Leopard 1 platoon and Soviet T-72 platoon are both decimated. 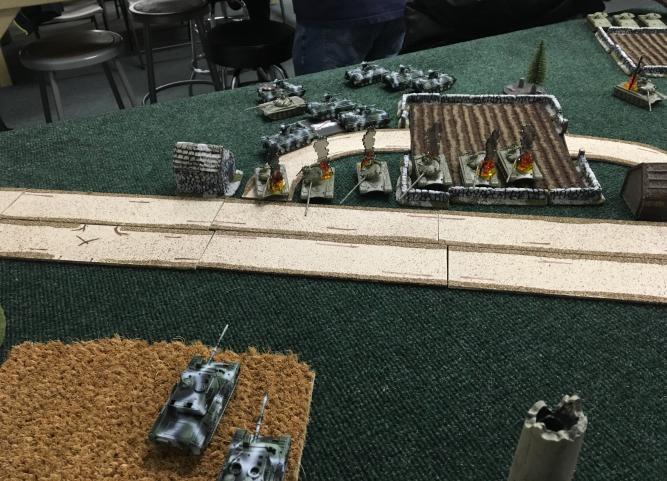 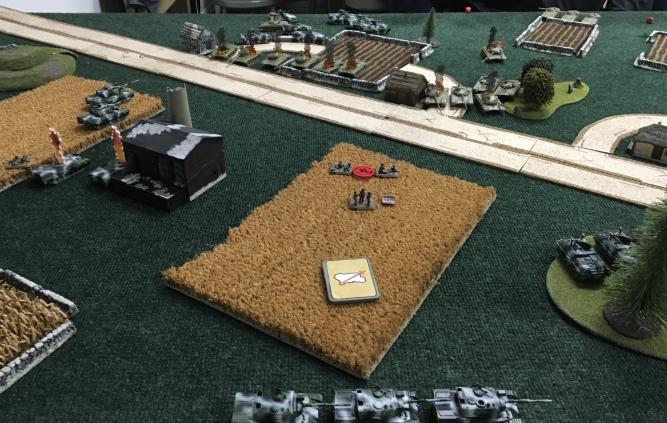 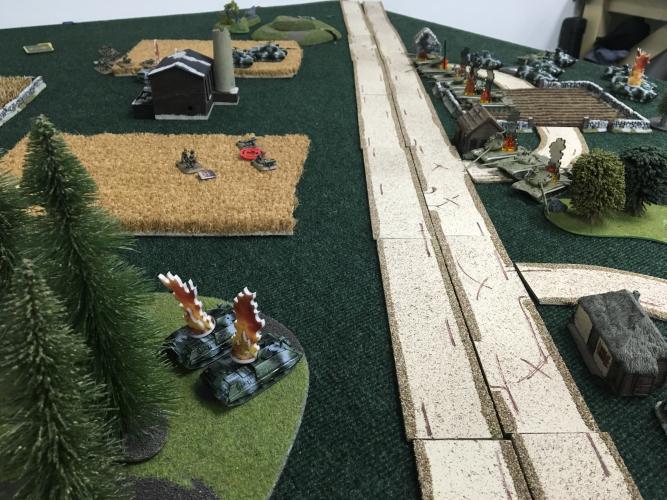 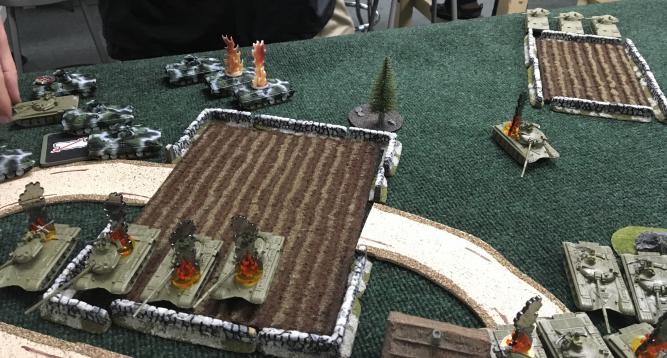 Marder zug engages the Soviet Carnation batterie and is decimated for their effort. 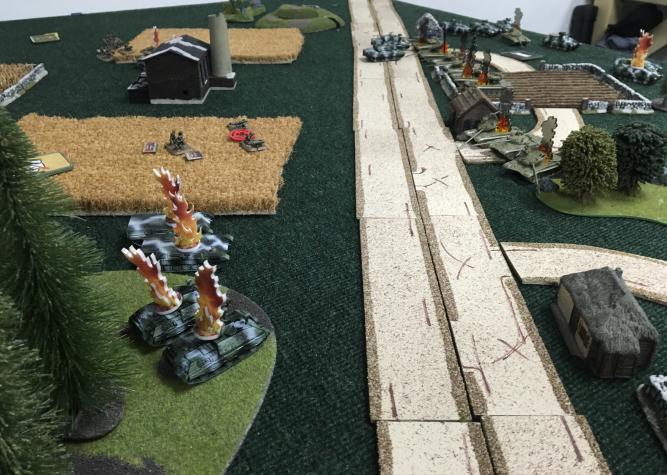 The Leopard 1s arriving to secure the West German right flank are quickly dispatched by the Soviet T-72s. 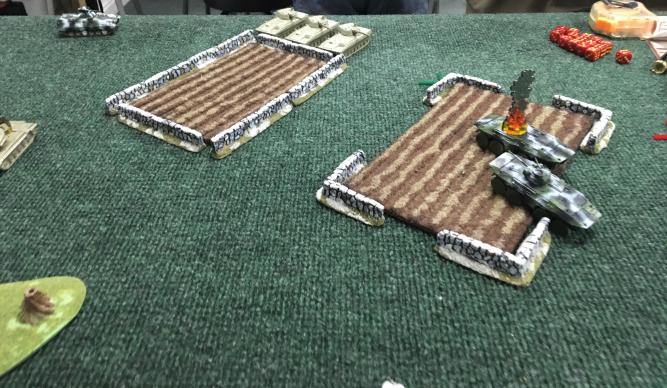 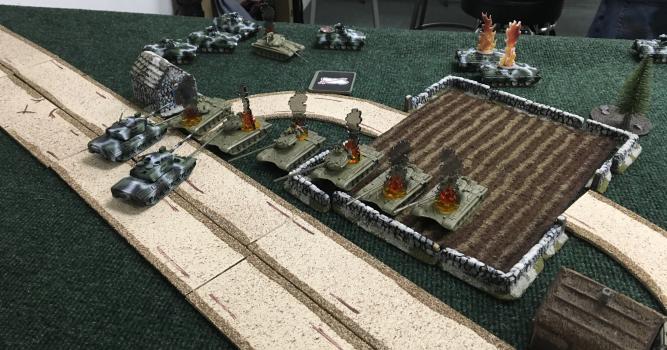 Leopard 1 company command duels with the Soviet HQ T-72 and wins the day. 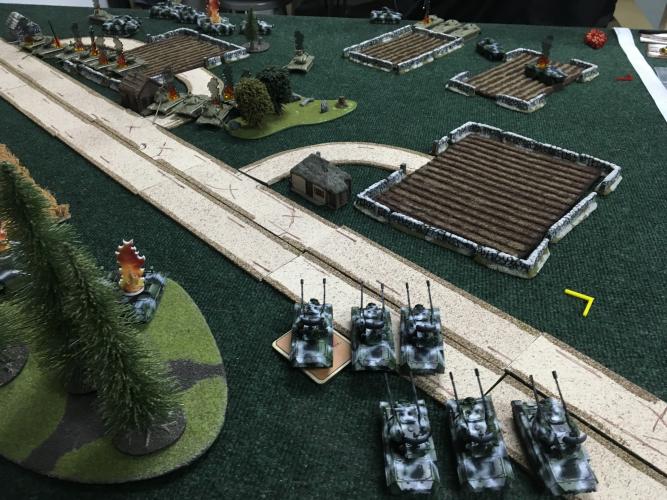 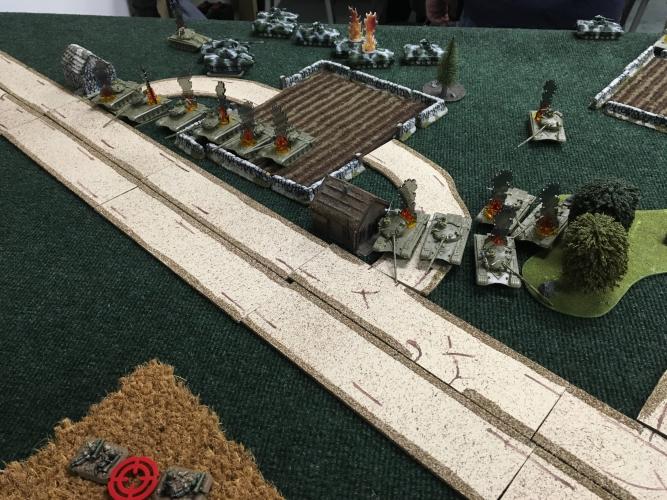 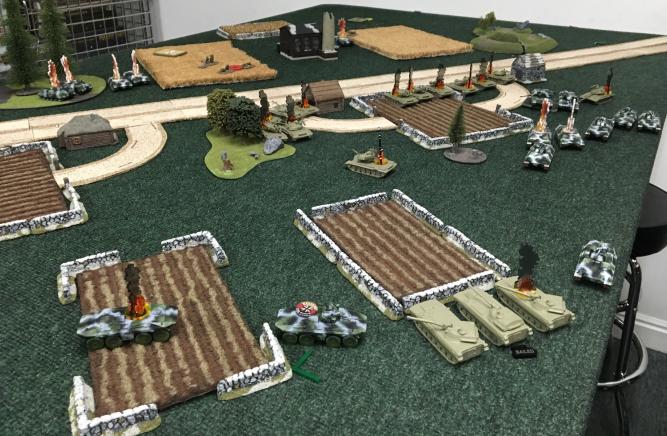 The remaining Soviet forces move to regroup off board and Kampfgruppe Von Stein secures the battlefield.