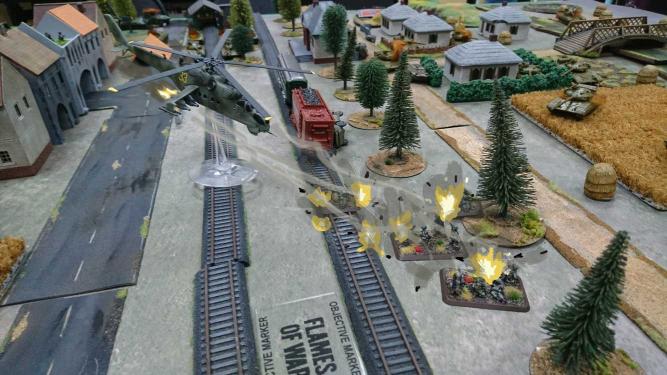 NATO forces begin in the south. The forces of the Soviets in the north. 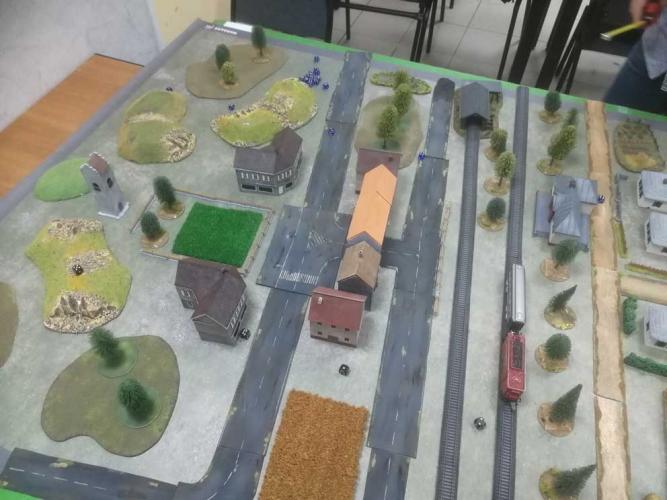 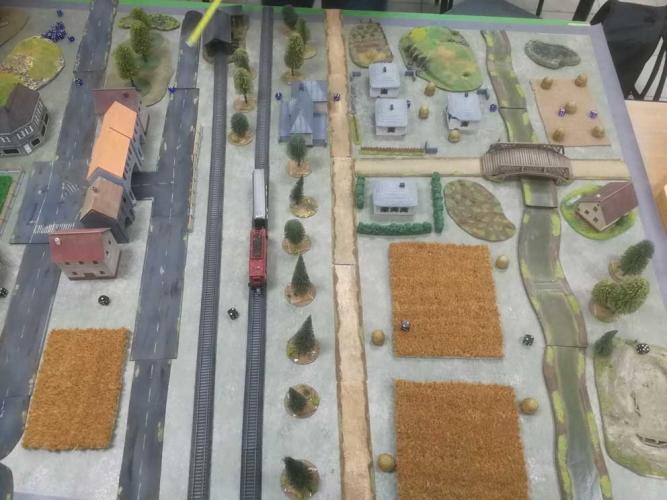 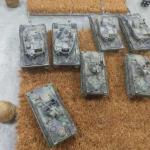 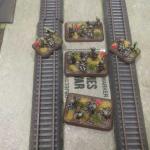 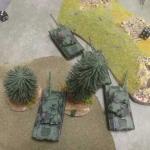 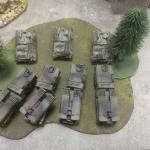 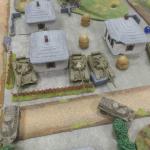 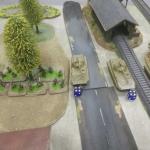 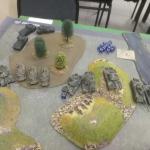 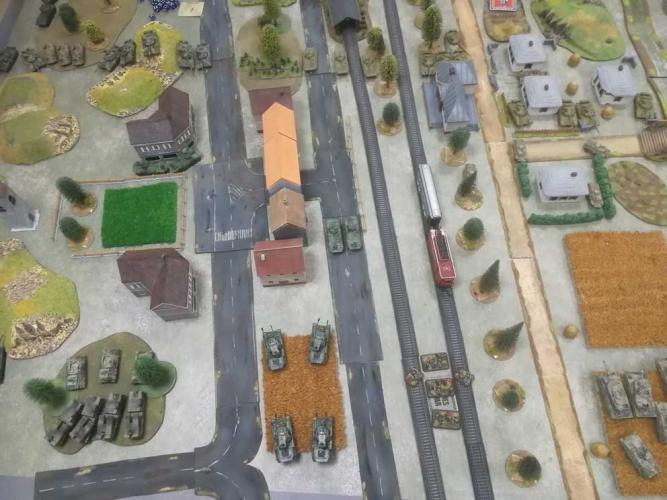 Approaching the city, the Germans were the first to open fire. A damaged BMP-2 and two burning T-64s marked this battle. 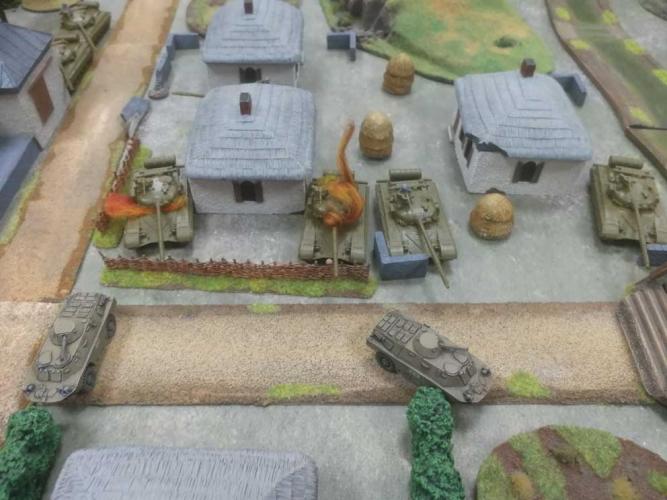 The Soviets did not make us wait for an answer! Tanks T-64 were able to knock out one Leopard-2, and Storms won a duel with Cheetahs, having beaten 2 out of three, turning the survivors to flight. 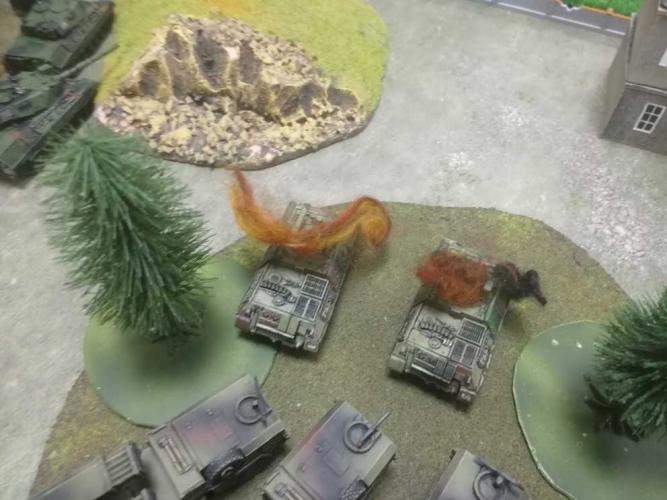 The Germans did not expect such resistance from the "hordes of Russians", remained in their positions, shooting from all that is. While the Soviet engines roared. Tanks and infantry rushed into battle approaching the positions of the enemy.
At first, this approach brought only blood and losses to the Soviets. But you can not win without sweat and blood! The Soviet commander was able to develop the offensive, and here his tanks beat the Leopards on the sides, the artillery inflicted the first enemy air defense losses, and the infantry drove the Luchs out of the city. 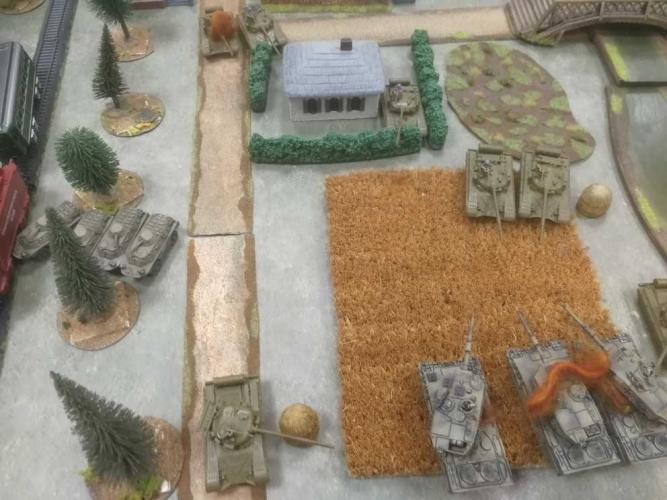 Strongly losing ground in the village, NATO forces were able to counter-attack with their Leo-1 by defeating the T-72 company. 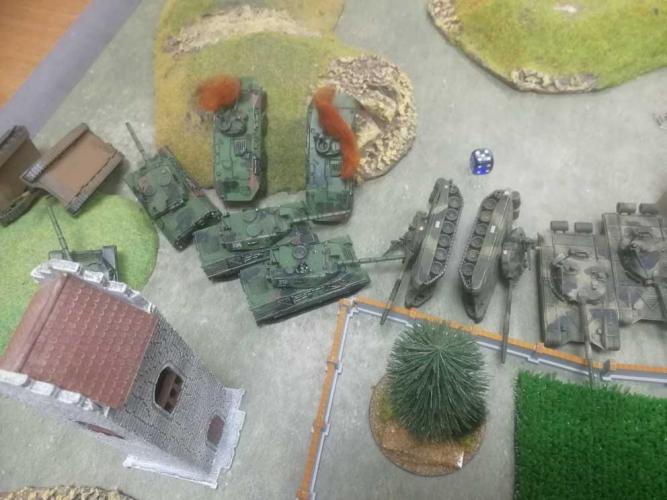 In the meantime, the Soviets managed to shoot German planes and damage the Gepard's enough that Mi-24's could appear in the sky. 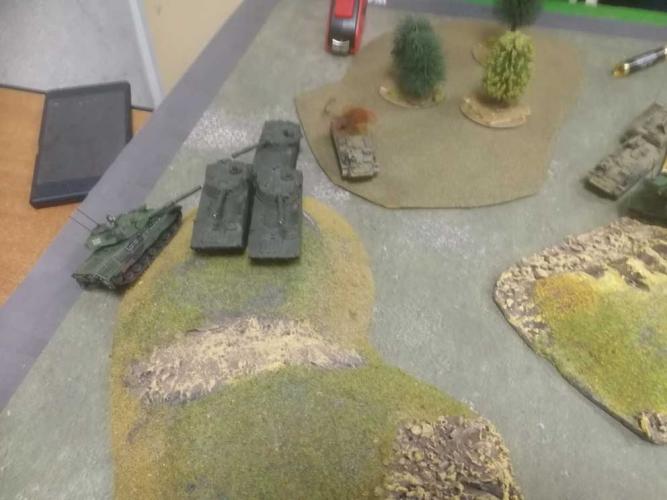 The Germans tried to develop success in the city by breaking through to the position of the enemy, knocking out the last tanks, and damaging the group of Storms, but were destroyed by direct fire of Carnations!

Having lost both tank groups, air defense, anti-tank group, the Germans realized that they attacked too early. Too much underestimated the Russians. Now in the sky over their heads helicopters circled unpunished, firing the surviving infantry with rocket fire, the Soviet infantry advanced in the city, the tanks marched along the fields... 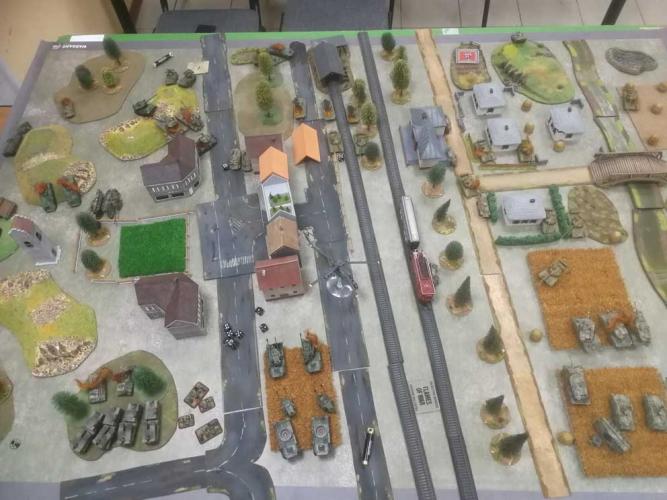