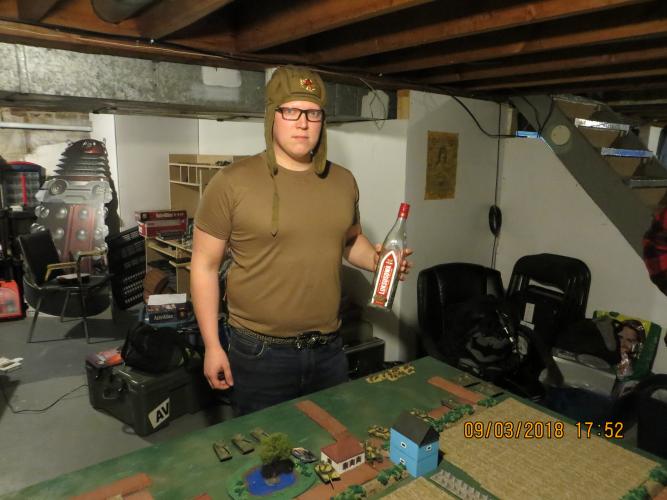 The Soviets are confident they will win this one! 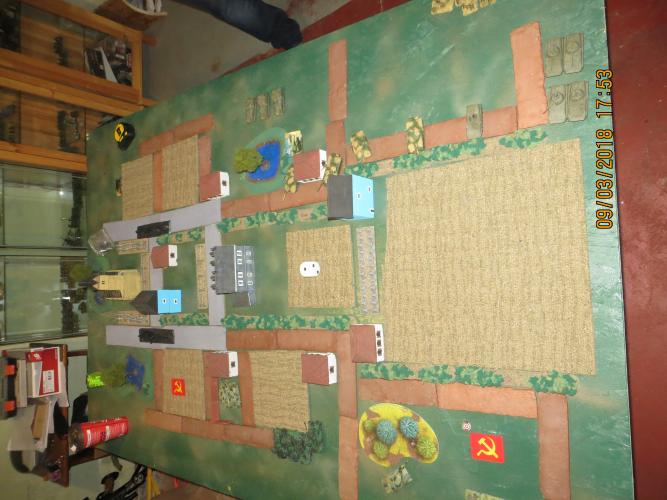 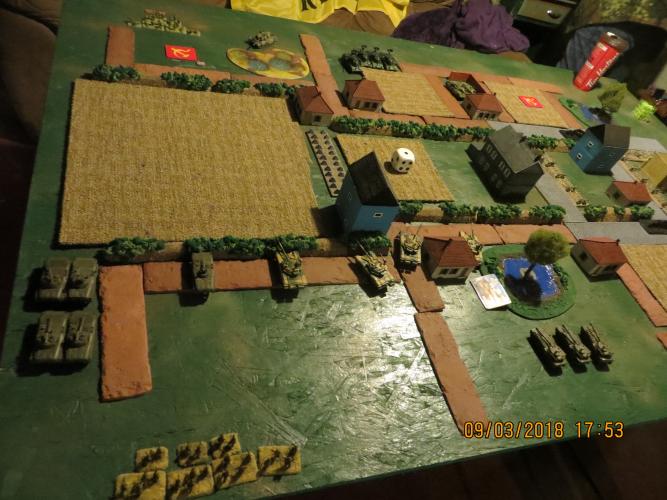 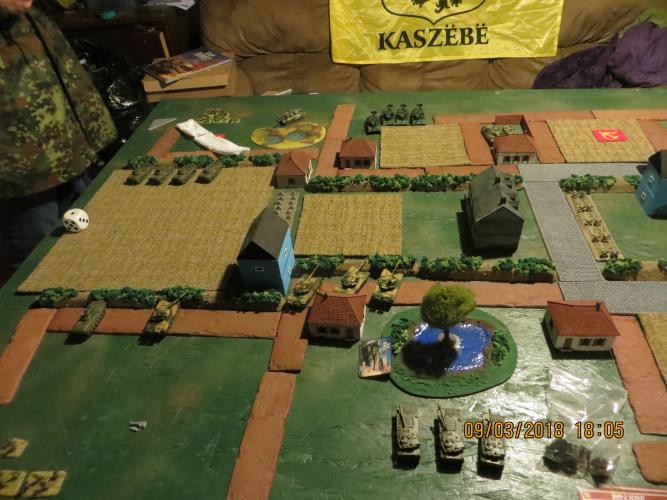 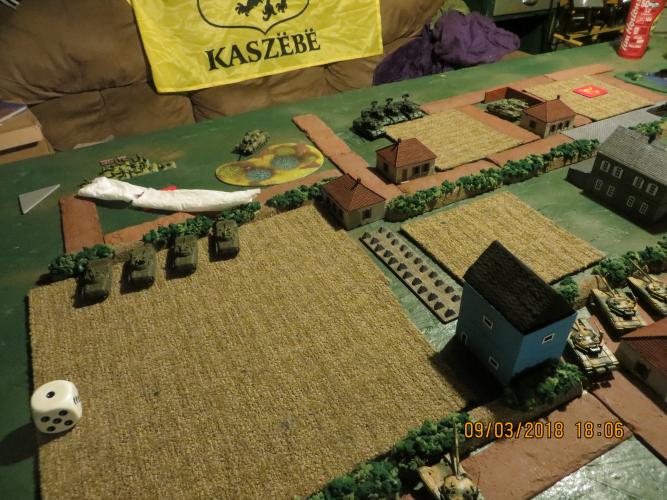 BMPs sneak up under smoke cover 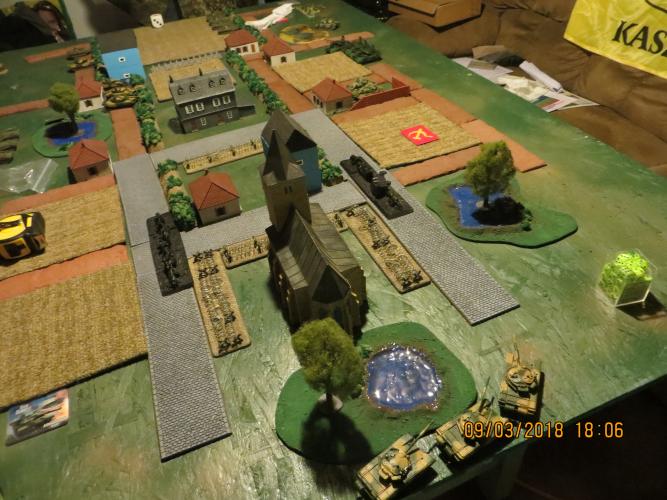 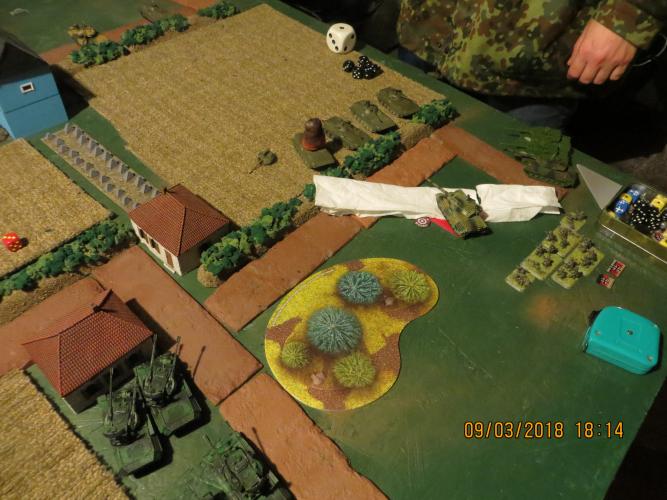 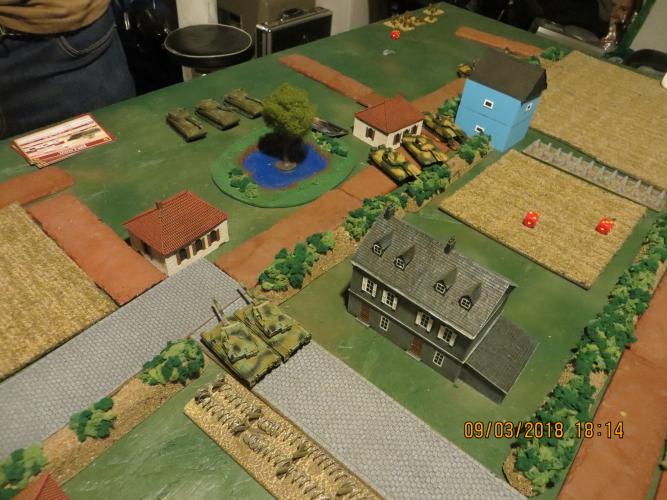 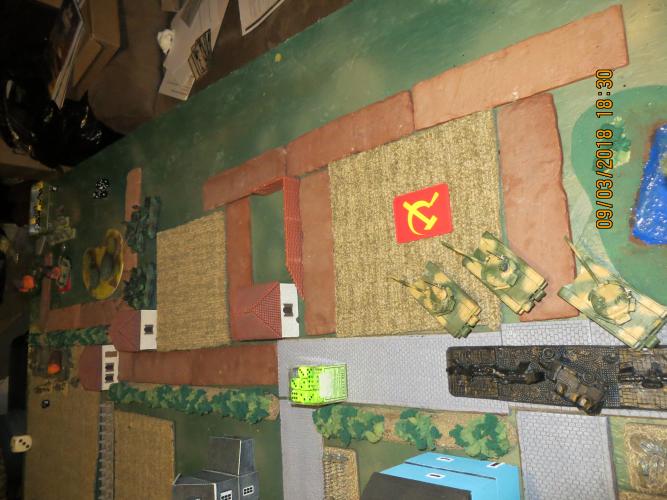 Soviets push on to the objective! IF they aren't dealt with or contested, they have seized the day! 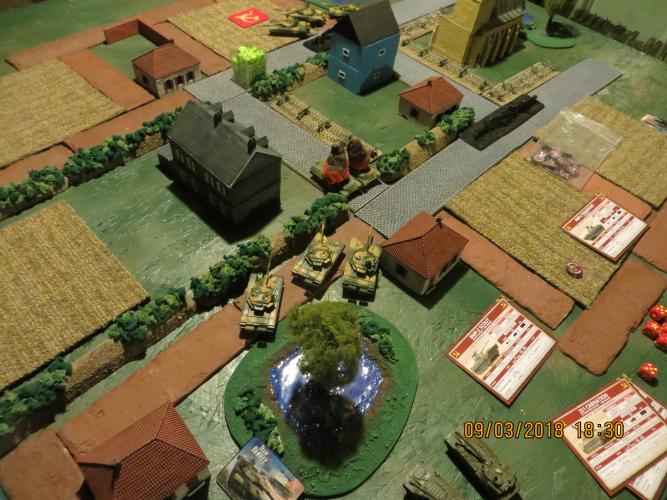 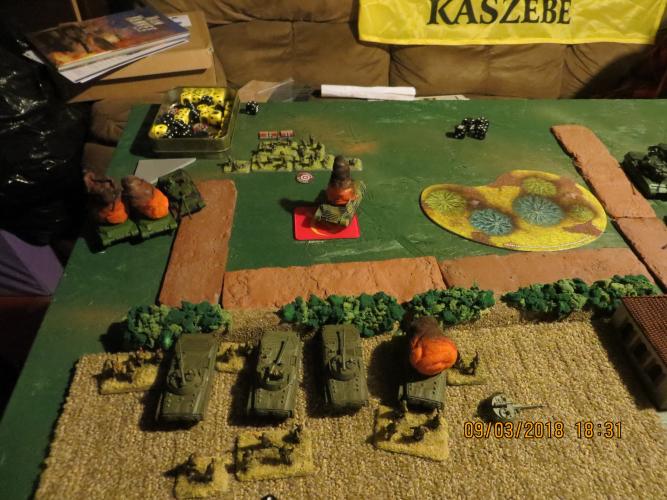 All Hell breaking loose on the right flank! 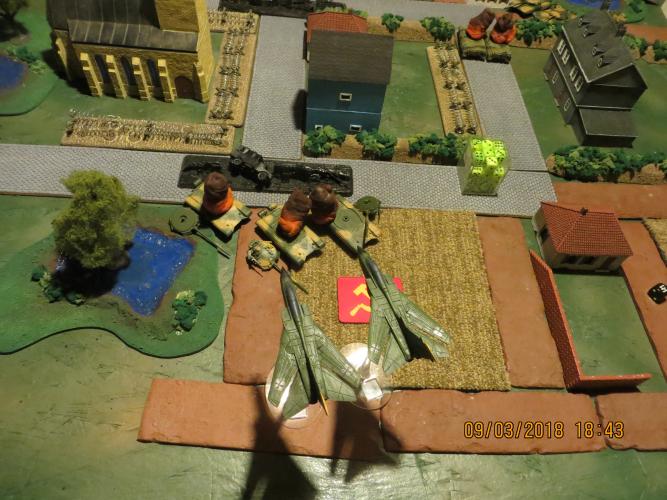 The Luftwaffe hits hard and sends more Reds to their maker 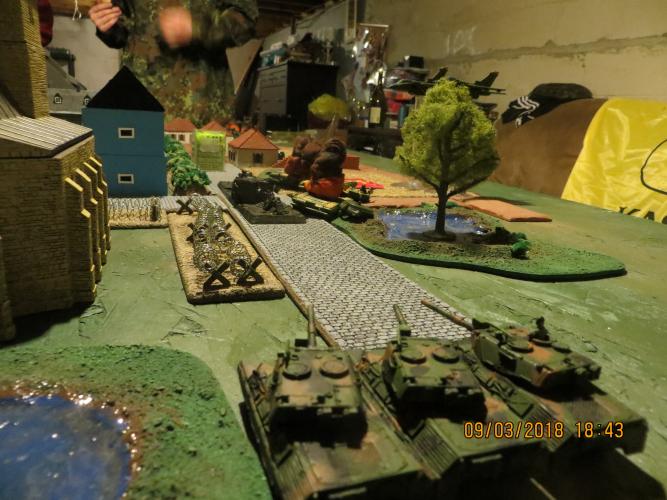 Leopards finish off the Soviet flank! 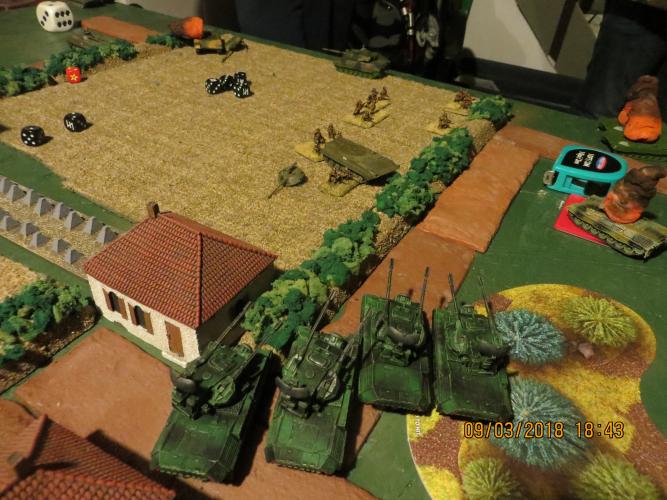 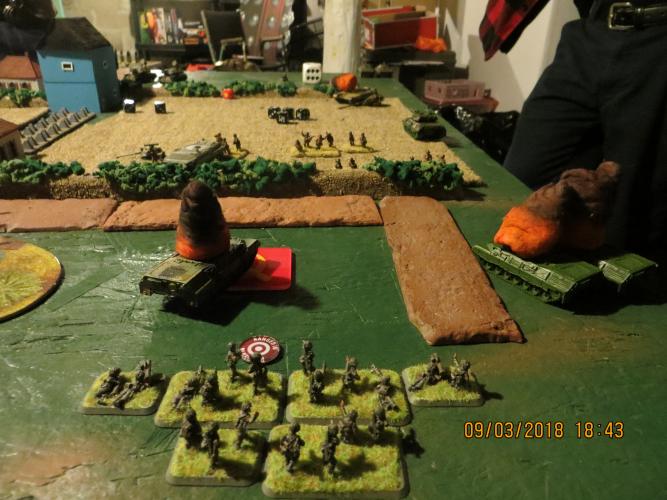 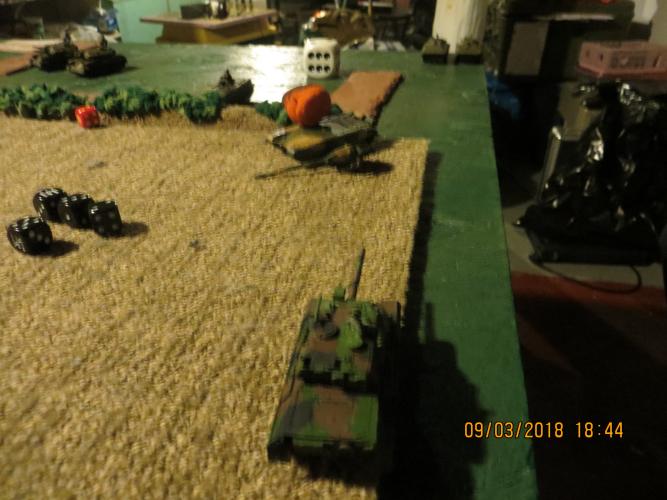 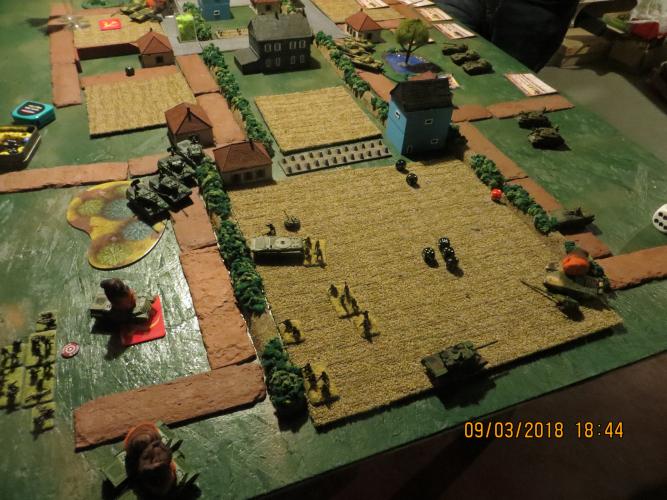 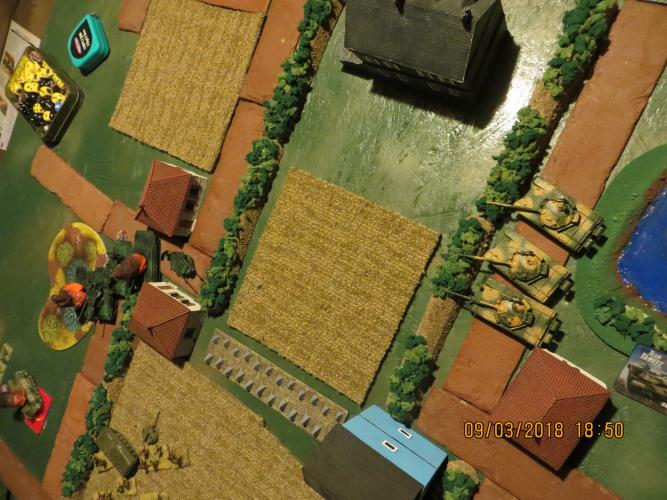 Soviets strike back killing the Gepards! 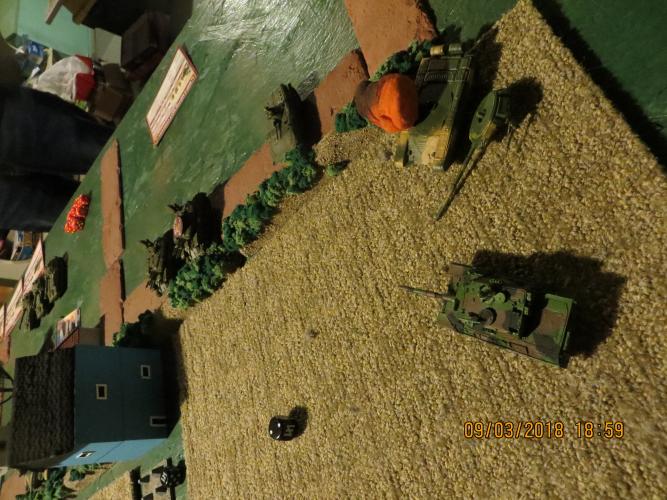 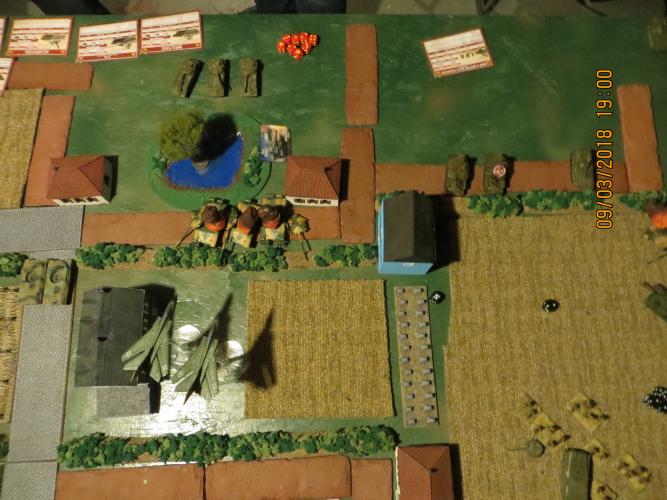 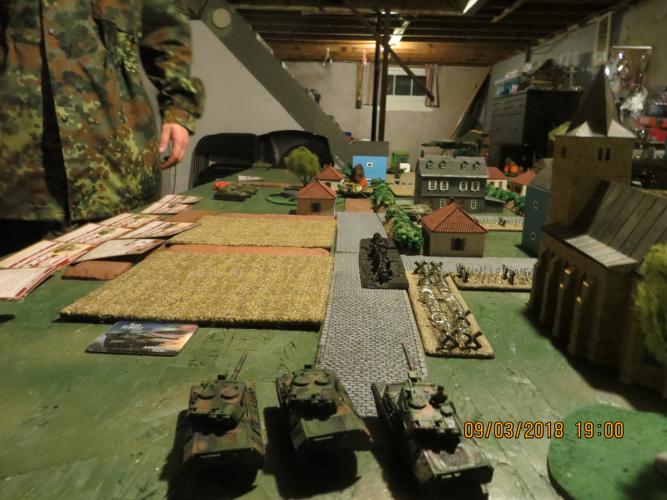 Leopards secure the flank and dispatch any Red stragglers 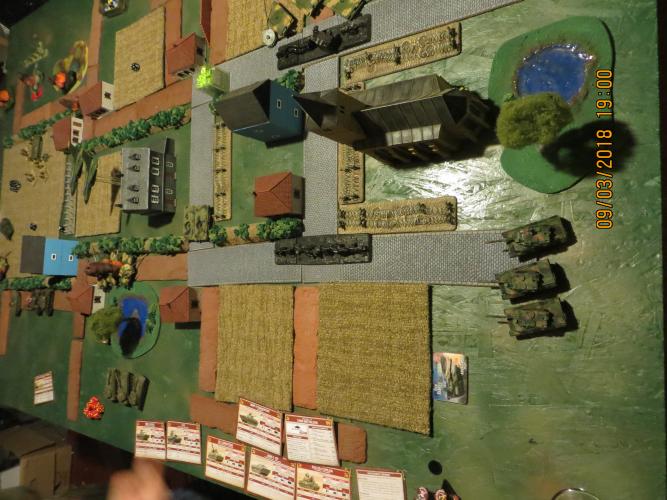 Carnations unable to hit anything or contest the objective must concede defeat!

A hard fought battle having NATO hold fast and win the day!

We both have never played a 50pt game before so this one was only the second of two. This battle was tough! The Soviets could have won it as early as turn 2 if air support hadn't shown up to clear the objective. Even moreso the Leopards in Ambush were the real heroes not only finishing off the T-72 push into the far objective but also seizing the objective at the end of the day. The Soviet smokescreen was cleverly deployed and caused a pinch of worry until the NATO units were able to roll up and start the hammer. Flanking the Soviet forces and hitting them on all sides really made the game itself rather quick. This whole game boiled down to fistful of shots that could have saved it but in the end, the Red gunners just couldn't lock the West Germans down. The day was won by sheer mobile forces and some very lucky dice rolls. 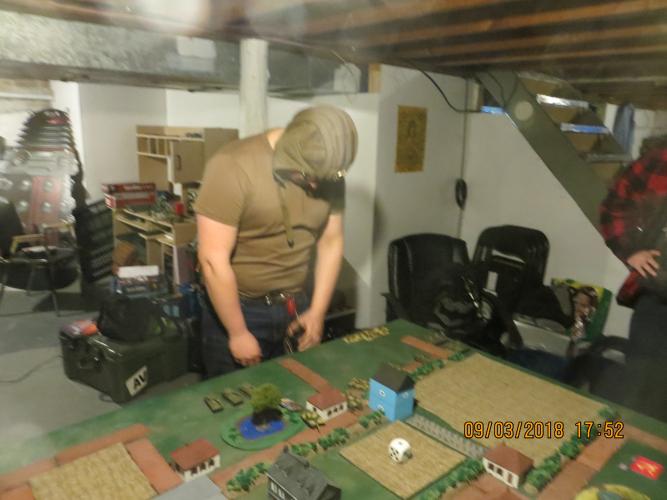