A brutal battle at 50 points! 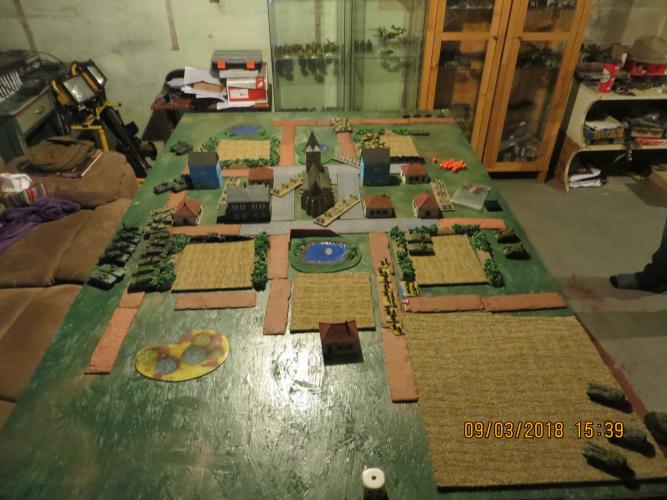 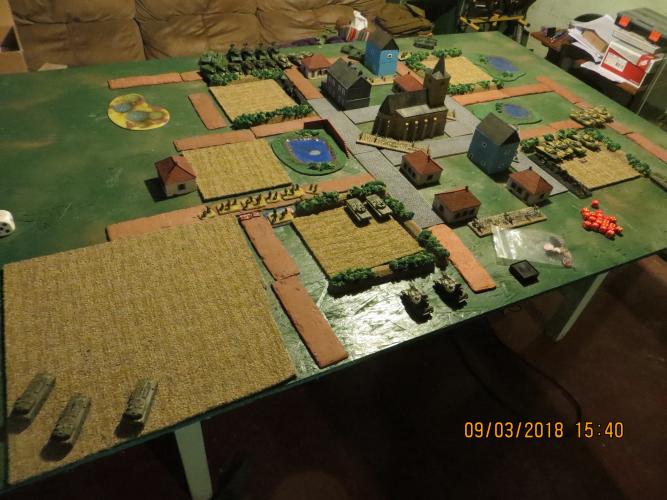 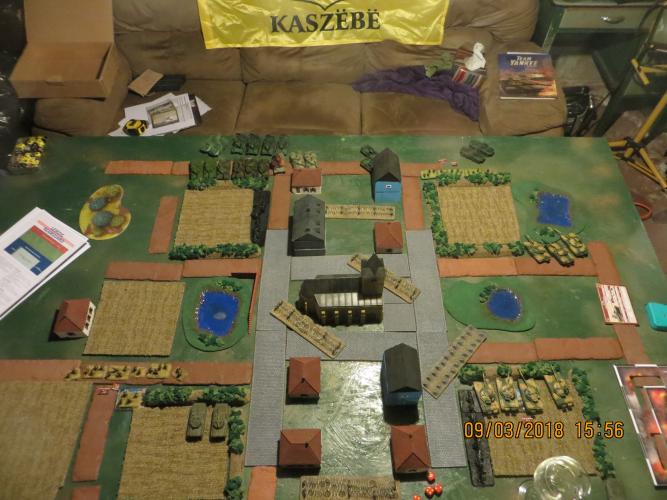 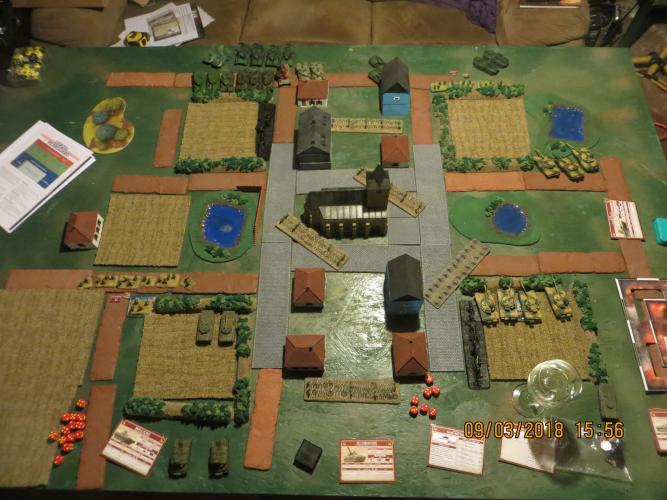 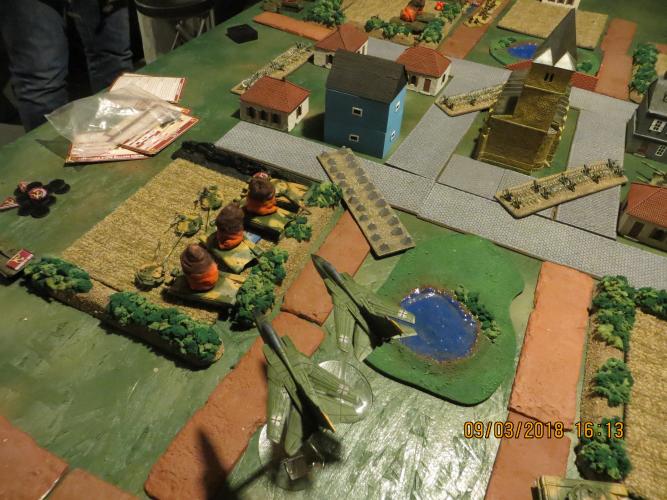 The Luftwaffe shows up to help make a few more coffins for three brothers! 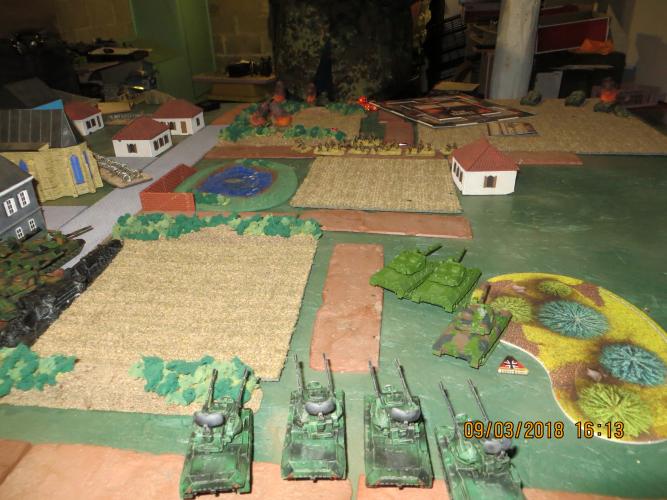 Gepards kill some BMPs after they cook the CO 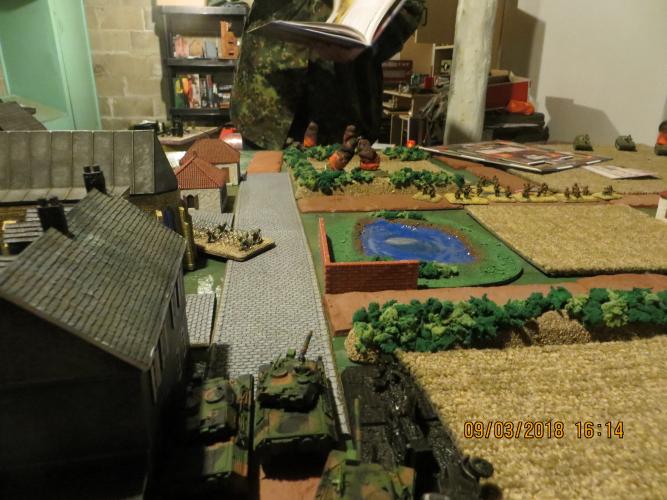 Leopards roll up to dispatch the AA in the back 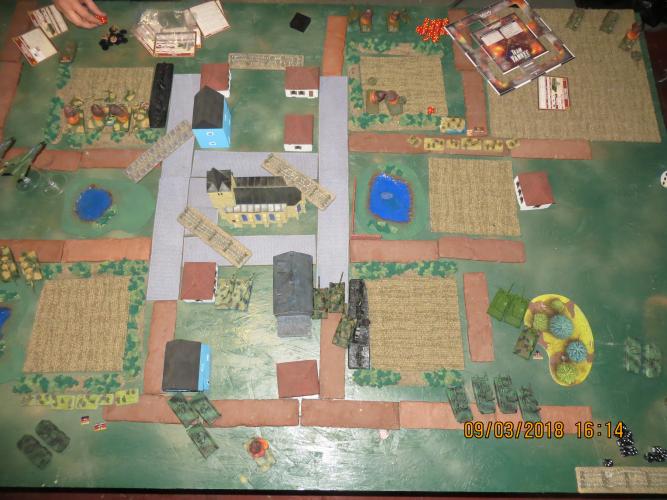 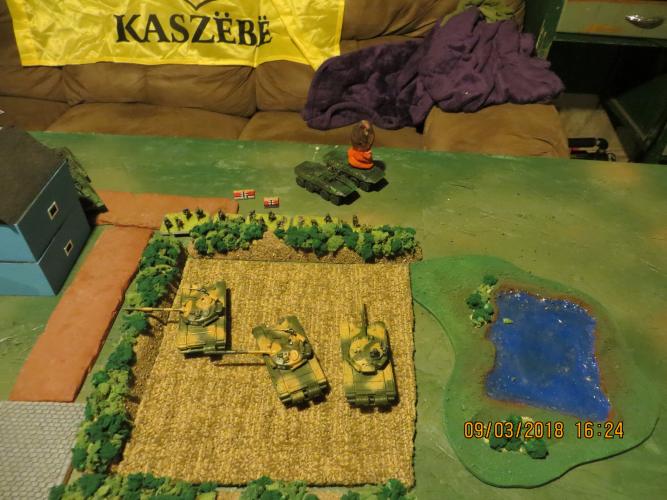 T-72s claim a Luchs casualty! The final one passes his check and stays. 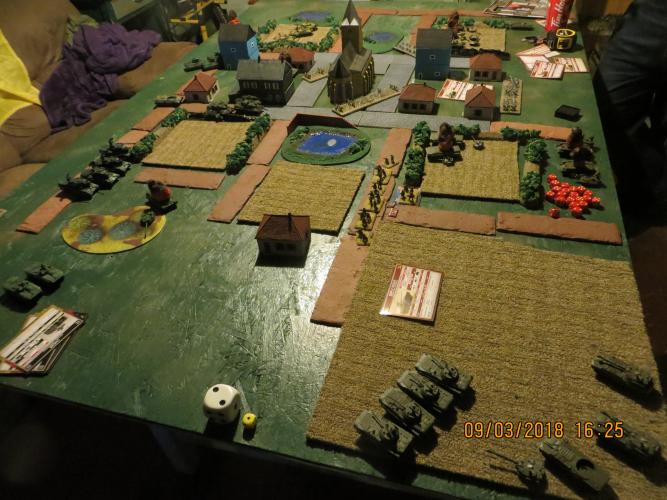 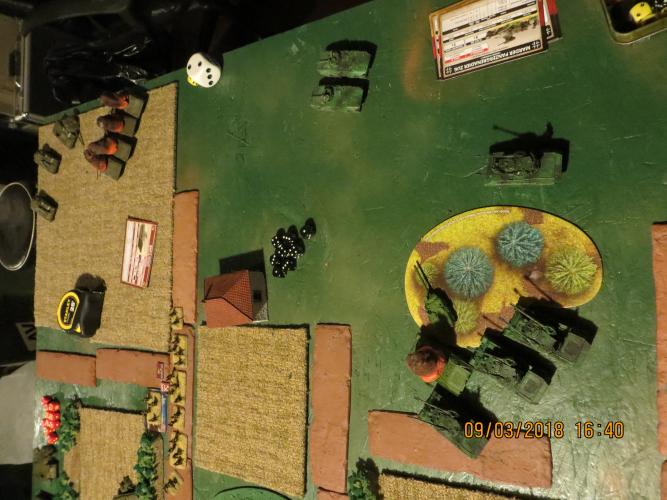 Germans strike back on the right flank! 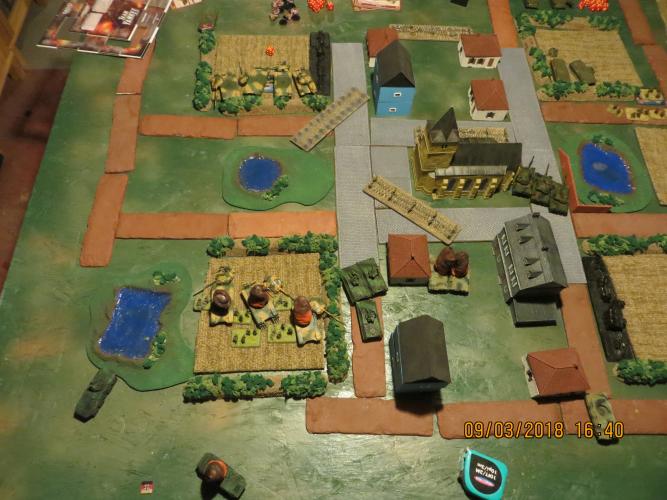 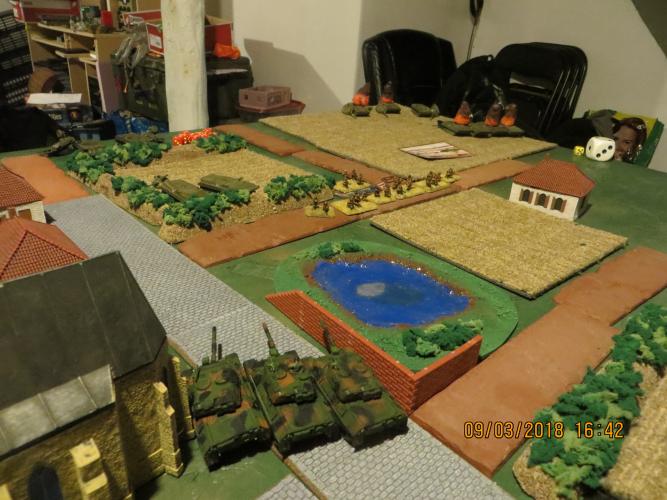 Leopards start rolling up on the infantry and start killing 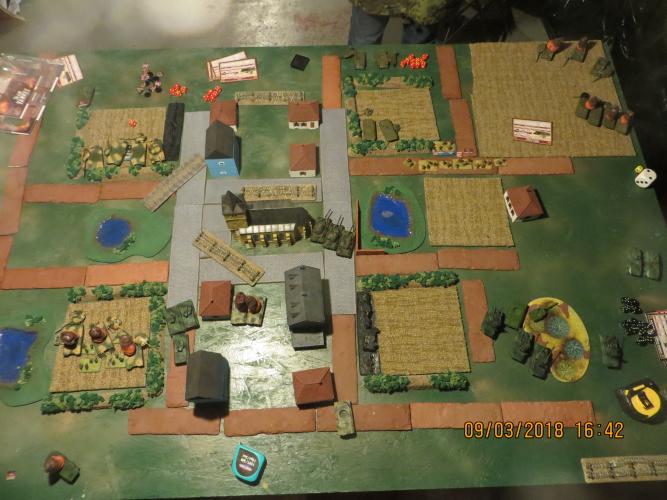 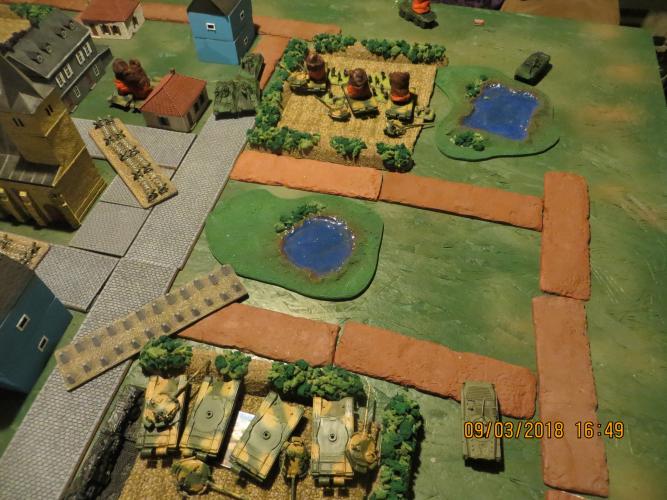 Desperate fighting against the Soviet CO 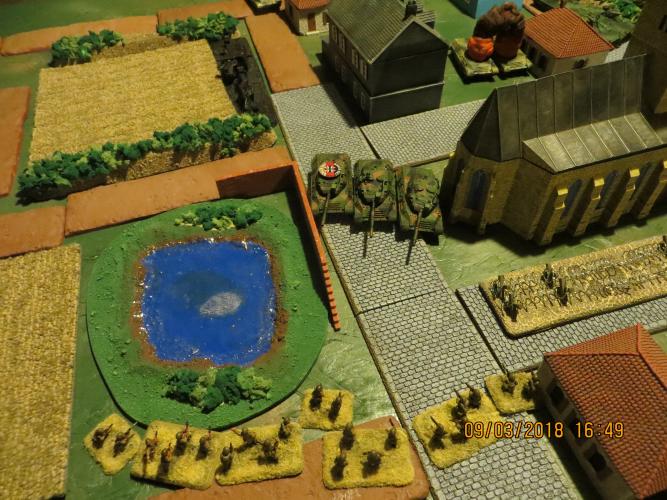 Leopard 1s push on although having one bail out! 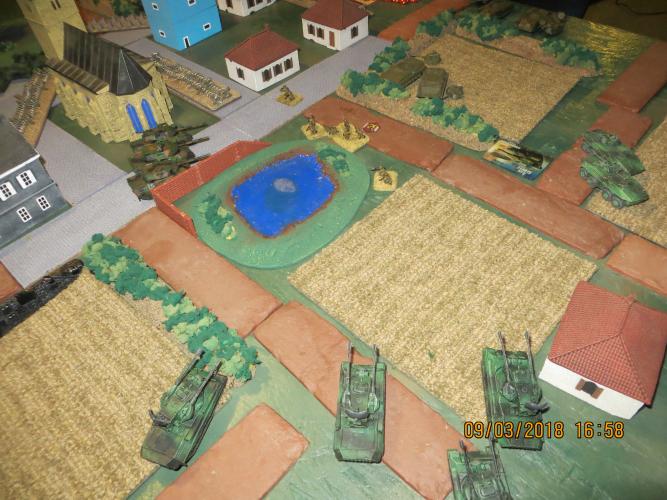 Gepards roll up to mop up the Soviet infantry 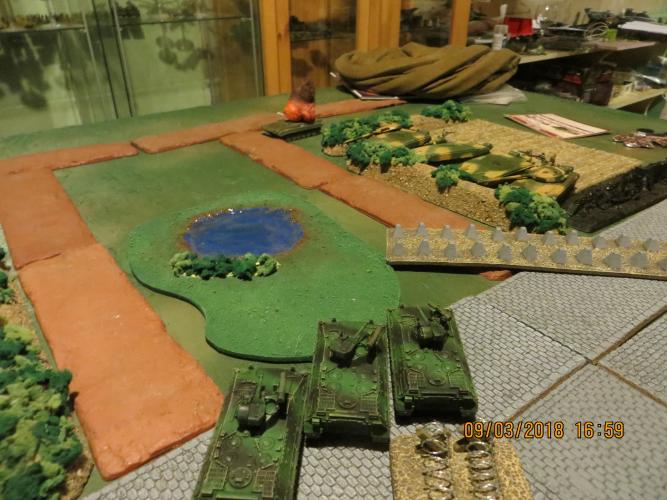 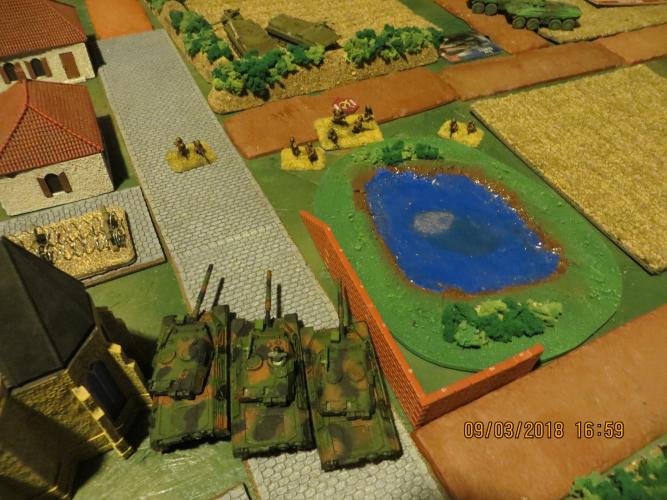 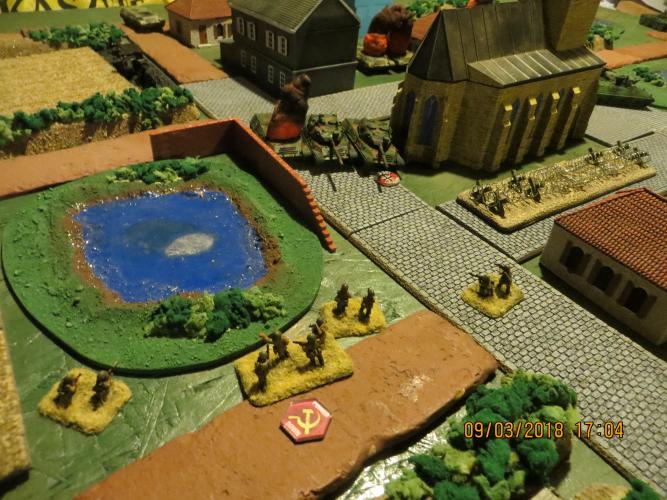 Leopards hold out but continue the push on the Soviets! 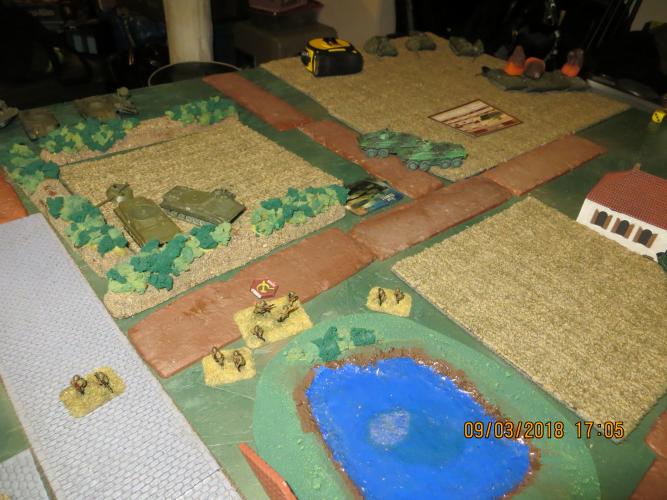 The Luchs rush and claim the objective. Surviving enemy fire and seizing the day! 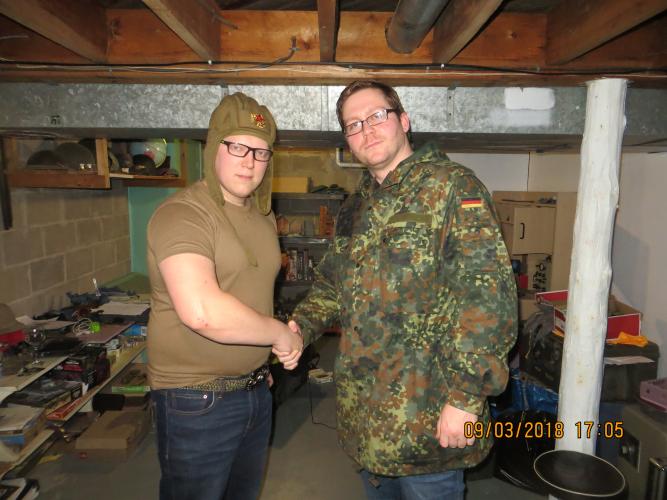 The West German and Soviet players acknowledge the battles outcome!

The day belongs to the Bundeswehr!

The battle began hard and was a bloodbath all the way through. The lighter Leopard 1 company trying to push on the Soviet objectives and claim the day. The Gepards did some killing and the Leopard 1s have gained a newfound respect from myself and the enemy general as they have the ability to threaten anything if they are flanked. The Soviets came hard off the top and threatened a quick victory for them but the dice decoded to support the NATO cause and either prevented my units from being vaporized or allowed me to pass my saves. This game could have went the complete other way as he went hard and almost was able to smash me turn three ( luckily the dice were on my side). I had to break the one flank which was hard and if possible, avoid frontal contact with the Soviet MBTs. It was a total hit and run mission with the Germans getting the V only after some intense firefights and lucky save on our part. Looking forward to our next games Comrade Mask!