Fought At Frankfurt
1579 days 41 minutes ago

West German counterattack at Frankfurt. This battle was an absolute bloodbath with the Russian forces mauling the West Germans. I decided to try a few new approaches to my list building including using more Leopard 1s and running with a smaller list at 65pts. Here was the ensuing carnage.
65 Points

The Soviet push into Germany has been swift and brutal. The West German defenders have been forced to attempt a counter attack to try and destabilize the Soviet forces in the region whilst preserving their own ground. Heavy fighting in the cities as many heavy armor units are still in rearguard positions forcing Panzergrenadiers and older but still reliable Leopard 1s to tackle the enemy push. Every effort must be made to halt the red menace from pushing ever further into the German heartland and secure our precious factories for NATO.

This battle was our first depart from the norm of 100 pts as we wanted to tailor down so tournament play wouldn't be so shocking when list making time comes. Here was our resulting battle. 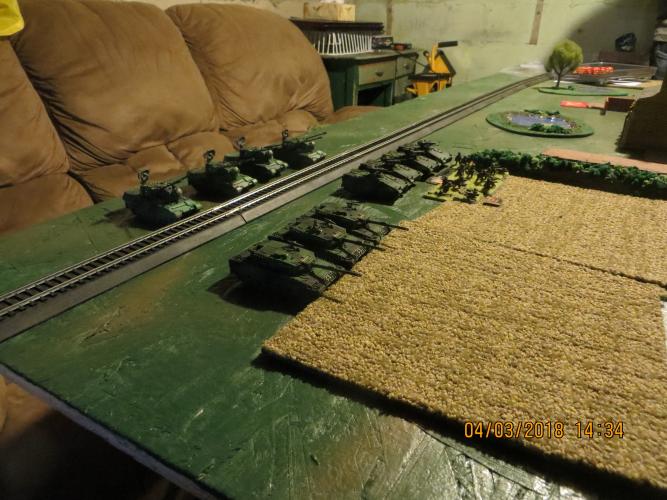 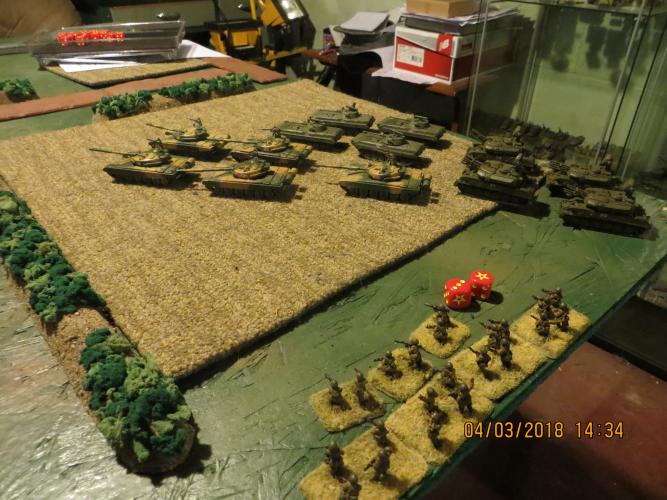 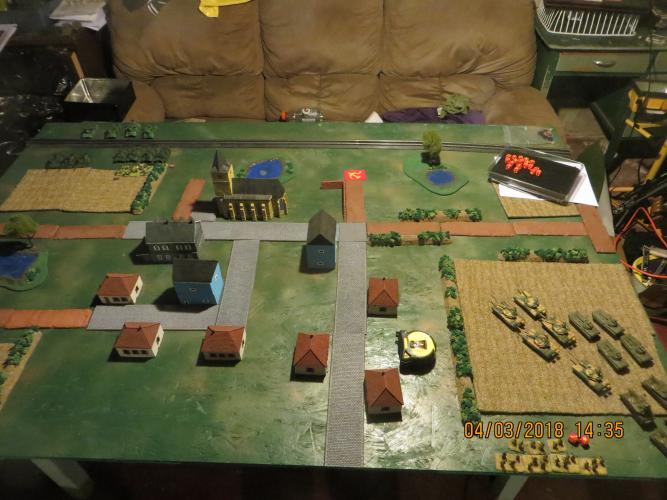 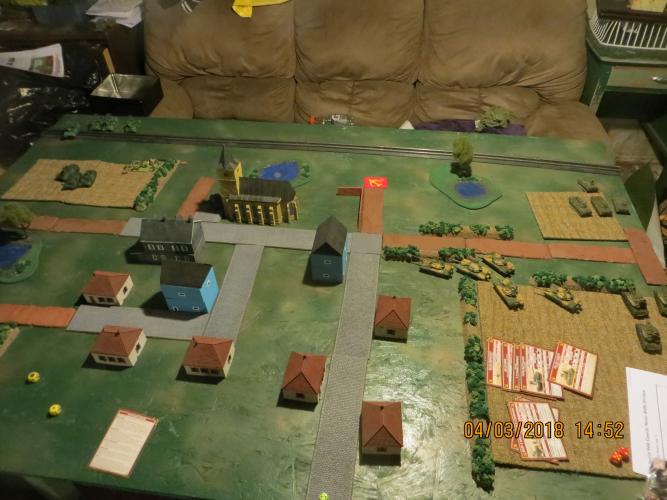 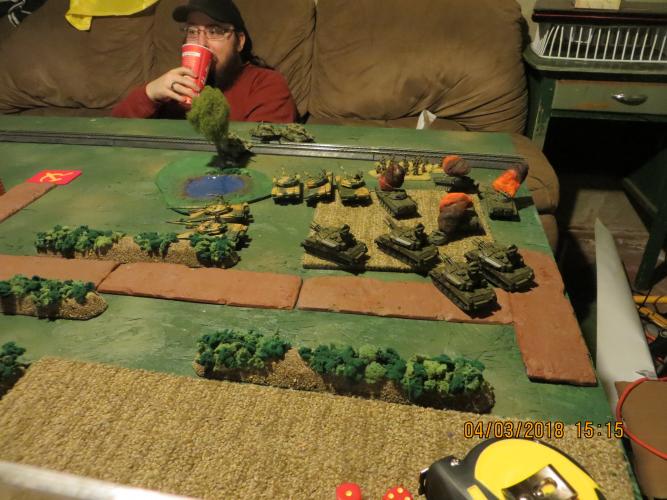 Leopard 1s sneak on from the table edge and open up killing the BMPs and a few stands of infantry. 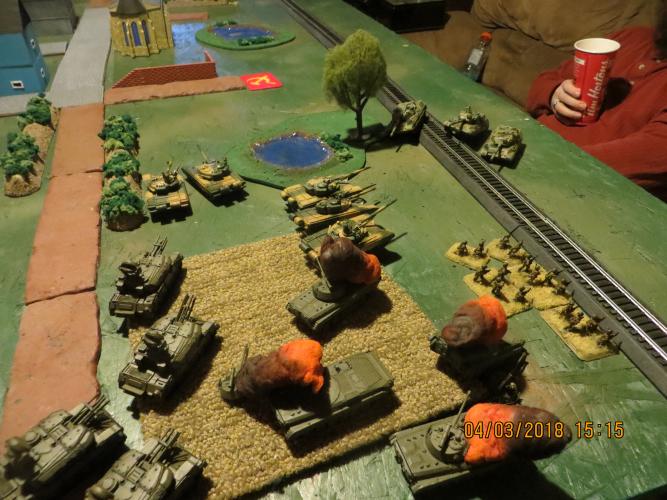 Scary day for the Leopard 1s as the Soviets that were caught by surprise now see red and go for their throat. 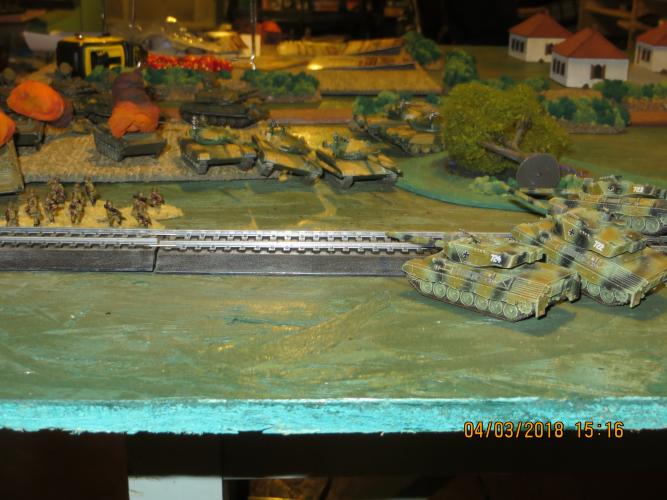 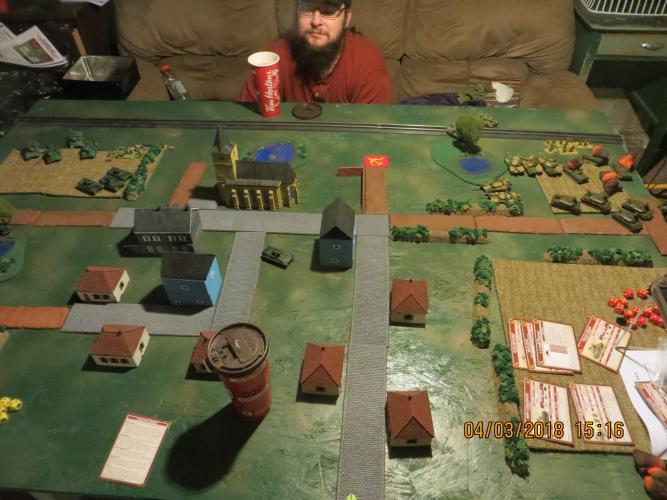 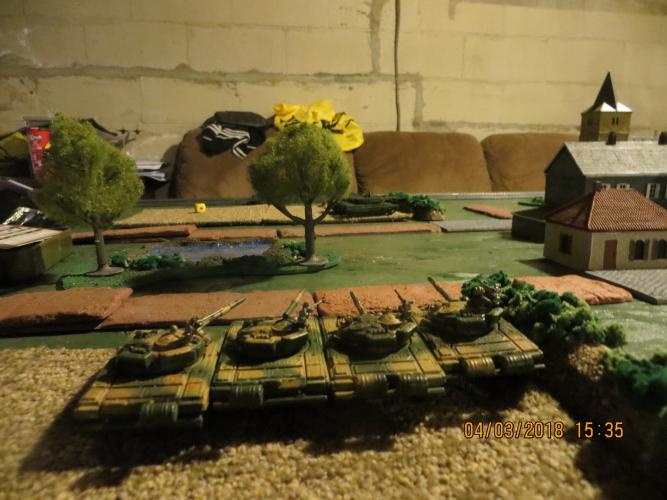 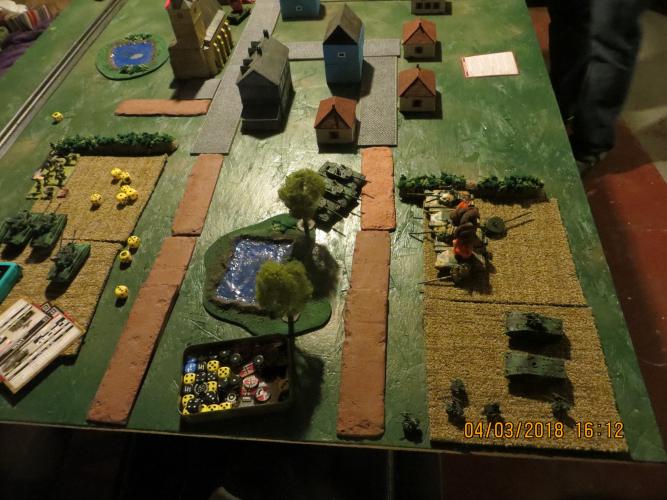 Leopard 2s close the gap and annihilate the flank attempt after the T-72s have an unlucky round to shooting. 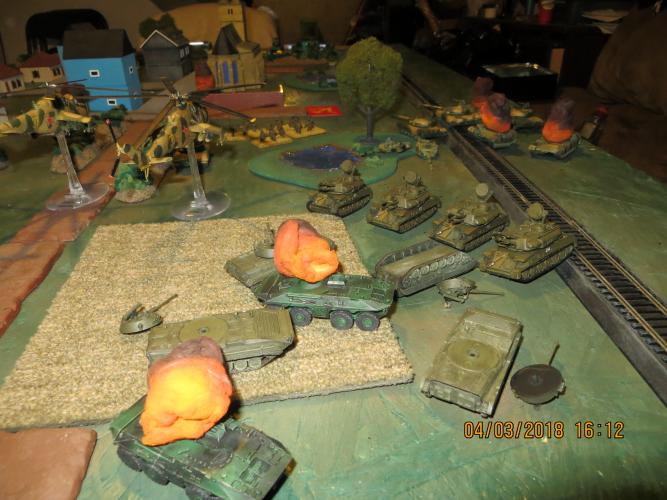 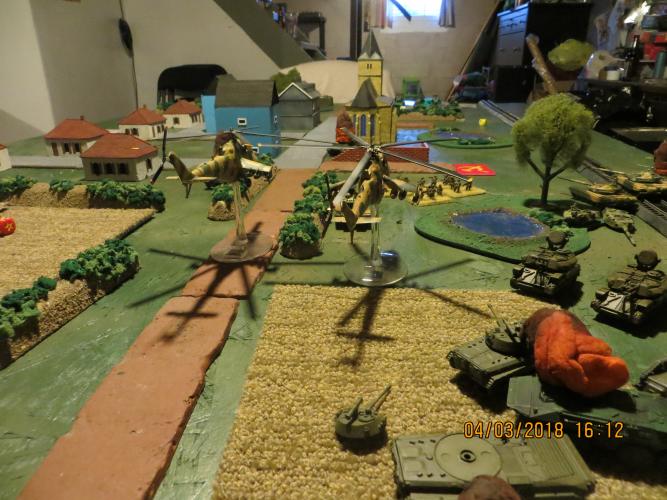 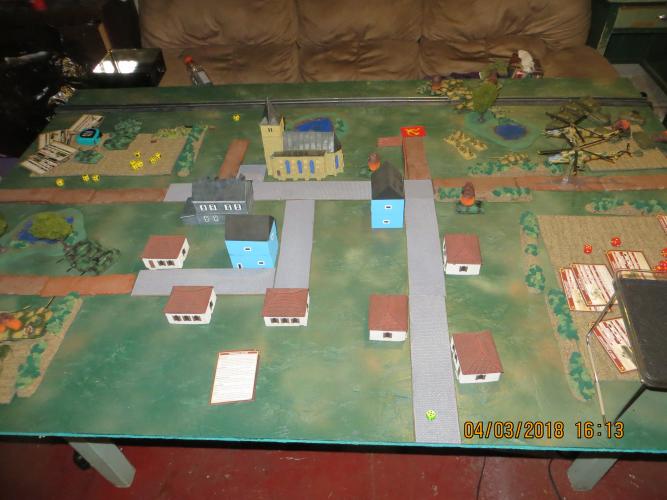 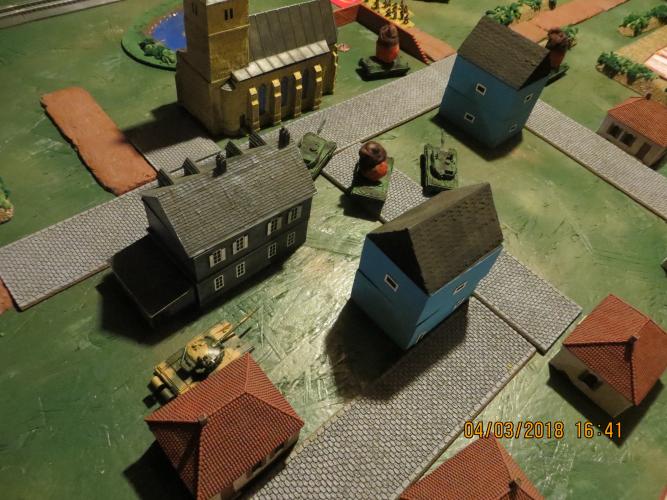 Leopard 2s forced to try and contest the far objective haul ass only to be shot in the ass after a few bad dice rolls on my part. 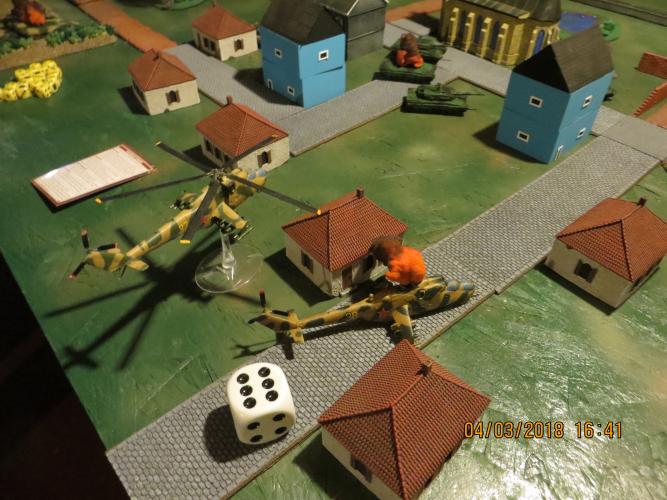 Gepards claim their first meal. Sadly they didn't do much else the whole game due to good placement by my opponent. 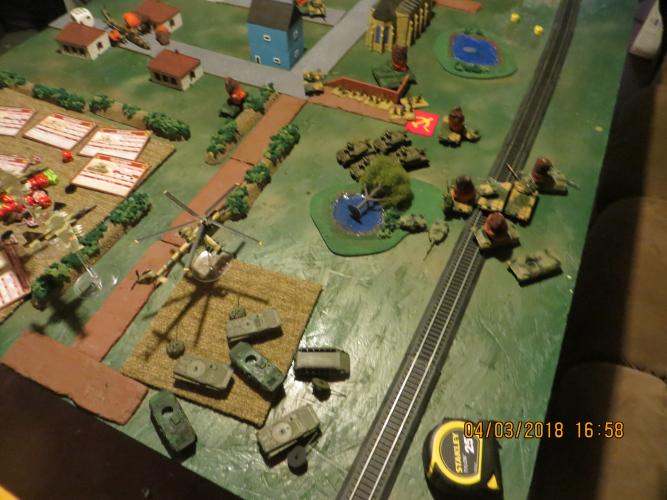 Leopard 2s try to contest and hold out but to no avail. The Soviet firepower overwhelms them.

Well fought and the Soviet Anthem rang out in sheer defiance of the Western Capitalist pigs!