Without hardly a breath after a close victory versus J Womack, we moved to a new battle position. This time also in the hotly contested Ruhr Theater. When arriving at the “Ruhr Bridgehead” the Battalion Intelligence officer warned us that Soviet Afghanisty Heliborne Company were operating in the area. While impressive on paper, I believed that in the end, they are actually helicopters after all, aluminum, bailing wire, and bravado. No match for our steel chariots and Rapiers! I could not have been more wrong!
We settled into our battle position thinking we would get some much needed sleep as dusk was coming shortly, and the Soviets were notorious for not fighting at night due to the superior British night fighting technology. Assuming that was my second mistake. A low flop, flop, flop sound of rotor blades filled the air as ten Hind’s rushed us from all sides. They were obviously aiming for our Rapiers. The Rapiers were ready though, pivoting around and racing off the rails before the Hinds could shoot, The AA MGs from our nearby Abbots and my command and XO tank also opened up. Three Hinds exploded taking their infantry with them. The remaining Hinds got a quick revenge, killing the Rapiers and one of the Abbotts.
The following turn I rolled desperately for reserves. Getting none. The Soviet Commander Thomas Bagration got Frogfoot air support killing my command tank and 2IC. The Hinds dispatched most of the Infantry APCs. Tough British morale keeping them in the battle. It was looking very bleak for us mid-battle. With just two Abbotts and the infantry platoon on the other objective, all the Soviets had to do was land, and have the infantry walk to the objective. They fortunately waited one more turn, using the Hinds and Frogfoots to shoot up our reserve Scorpions. The next turn they landed, and luckily a Chieftain troop arrived from reserve and a pair of Harriers, The Harriers whiffed Cluster Bombs but the Chieftains killed two more Hinds. I also ran half the infantry platoon over to the second objective. When turn six started, the objective was contested and the battle was ours. Ended up being a very close 4-3 Win for England! 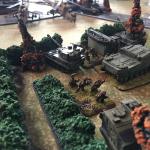 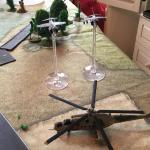 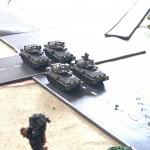 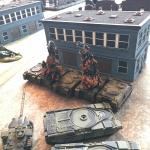 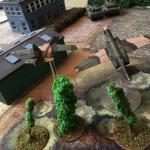 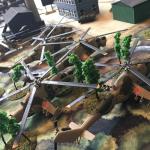 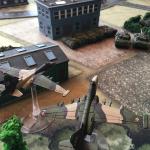 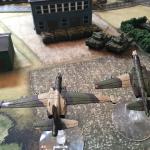 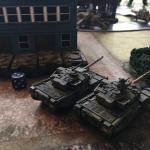 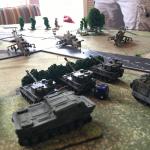 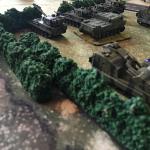 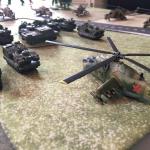 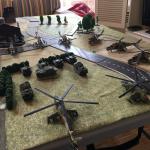 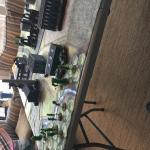 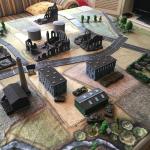 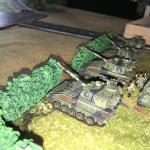 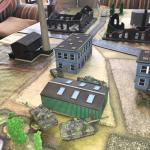 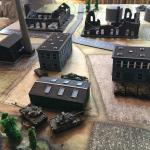 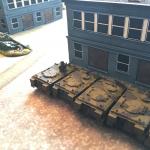 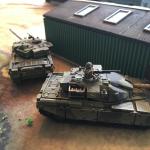 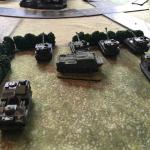