The Mission was simple. Probe the enemy lines in the Hof Corridor. Under cover of darkness the 1st companies T-64s advanced cautiously along the Northern side if the river. The Recce Platoons BRDMs scouted the left flank on the southern side of the river.
It wasn’t long before movement ahead was detected,through the T-64s IR it was impossible to identify what was ahead with any certainty. To the south the terrain was slightly more open, allowing the Recce patrol to advance a little faster. The BRDMs spotted a lone Marder concealed in the tree line ahead. Assuming they had discovered the enemy HQ with no supporting troops they seized the opportunity to strike a blow to the enemy. Their enthusiasm was short lived once they realised their shots had little if any effect on the Marder. The enemies return fire disabled three of the four vehicles force the survivor to seek cover in the treeline.
Meanwhile the T-64s continued their advance along the river. As they drew closer the IR image became clearer revealing the enemy ahead to be a Panzergrenadier platoon dug in along the edge of the road. The narrow line between the river and the hedge prevented all the tanks from firing on the enemy however the lead tanks engaged whilst pushing forward to better positions.
At the same time the Mechanised Infantry company arrived in the area and began their advance on the right flank North of the farm ruins.
A panicked radio call came over the radio net. the forward observer had been moving along the southern river side moving from cover to cover. To the surprise of all a troop of three Leopard tanks had slipped past our forward line undetected and were now heading north on the road behind the observers BMP. The warning of their arrival came too late. The Leopards quickly took out the observer and two T-64s.
As the sun rose the second companies T-64s arrived from our rear along with a 2S3 battery. The new arrivals exchanged fire with the leopards. With the rising sun the Infantry could now see the path ahead to the windmill and the panzergrenadiers in the hedge line beyond. With hindsight they were a little too eager, believing they could rush the West German infantry. The West Germans were well dug in with well deployed Milan teams. Their opening volley disabled a number of our BMPs and causing a number of casualties. It appeared the Westies were also over confident leaving the foxholes to assault our remaining Infantry . They were soon driven back after several minutes of vicious hand to hand fighting.
The fire fight in the center between the Leopards and T-64s was equally vicious. After what seemed like an eternity but was in fact mere minute a single Leopard remained. A thorn that could not be allowed to remain. It seemed the West Germans were on the verge of braking. What followed was like like some Hollywood movie. A Platoon of Gepards arrived from the south east and raced at astonishing speed toward the beleaguered infantry . Closely pursued by another platoon in Marder transports.
As soon as they arrived, desperate to stop our advance, the Gepards opened fire on our infantry company. The resulting casualties and the arrival of more panzergrenadiers made the position untenable and the company was forced to withdraw. Pausing briefly to destroy two LUCHs which appeared from the North threatening to outflank their position. With our infantry falling back the Gepards began to fire on the surviving T-64s of the first company. The shear volume of ammunition combined with missiles from the newly arrived platoon of Jaguars was enough to immobilize all but one T-64.
The Battalion Commander was forced to take direct action to remove the last Leopard from the field. The last of the 1st Companies T-64 attempted to fall back to the battalion commanders position, with the intention to cause as much damage as possible to the enemy which now seemed to be everywhere. It was confirmed that before all contact was lost they were able to destroy at least one of the Gepards and two of the Jaguar.
Our forces took heavy casualties but they inflicted as many on the enemy. Their Leopards are clearly superior tanks but few in number and now three less.
It seems inconceivable that the enemy could have been positioned perfectly to block our advance and able to bring reinforcements forward so timely without prior warning of our plans. 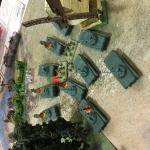 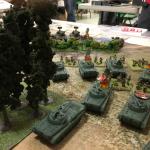 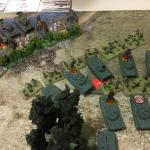 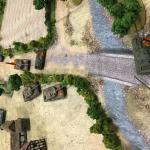 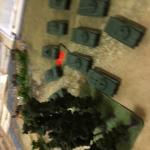 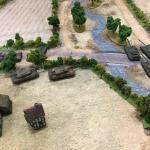 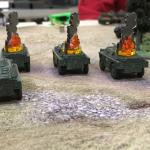 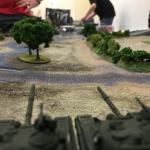 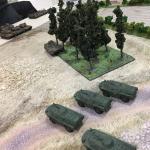 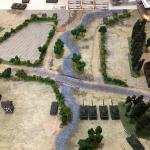 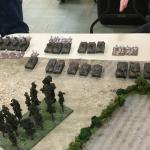 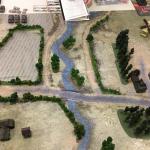