Hauptman Gessler’s recon company was refitted during the pause, and then redeployed in the Marburg region

When the Soviets started things up again, he was ordered to hit their Frankfurt salient from the north, and promised significant help from the American 3rd Armored “Spearhead” based to his west. They were said to know the ground well, they had practiced on it for years, but these “Iron Dukes” of the 3-33rd had yet to show themselves where he was stationed in the vicinity of Niederbayern-Weisel on the A5, even though the REDs were massing to take the Bad Nauheim intersection.

Gessler recalled the words of his grandfather, who had fought against the Amis rather than with them: you can count on the Americans to show up for the fight, just don’t count on them to show up where you’d expect! 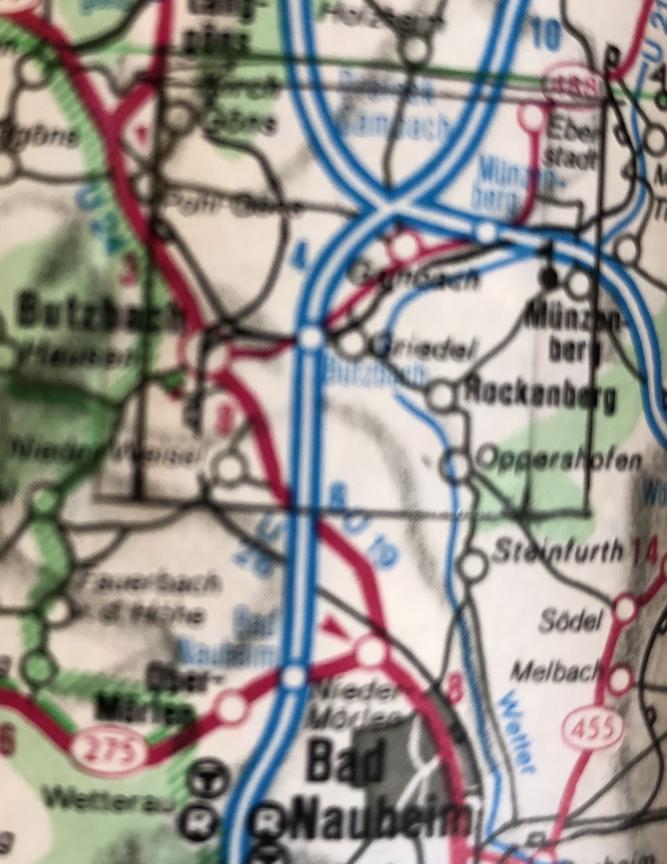 The Situation North of Frankfurt

The whole situation between Giessen and Bad Nauheim was fuzzy. NATO ostensibly controlled the A5, but Soviet Units were popping up everywhere along the stretch. Indeed, just as soon as Gessler deployed in Nieder-Wessel, the Russians sprang across the A5, seizing the south end of the highway approach to the interchange to the East. 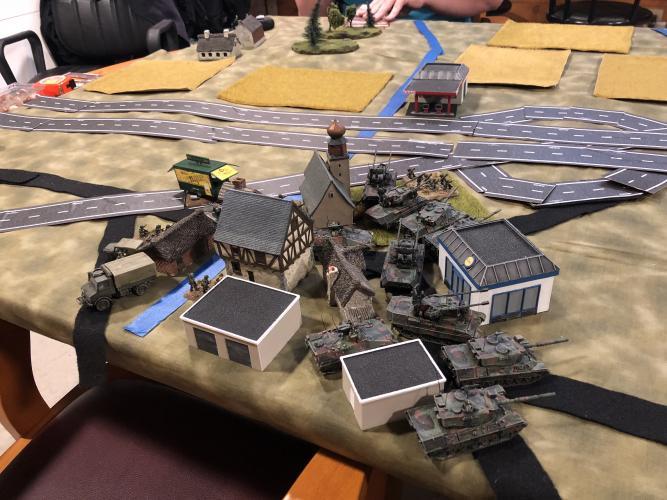 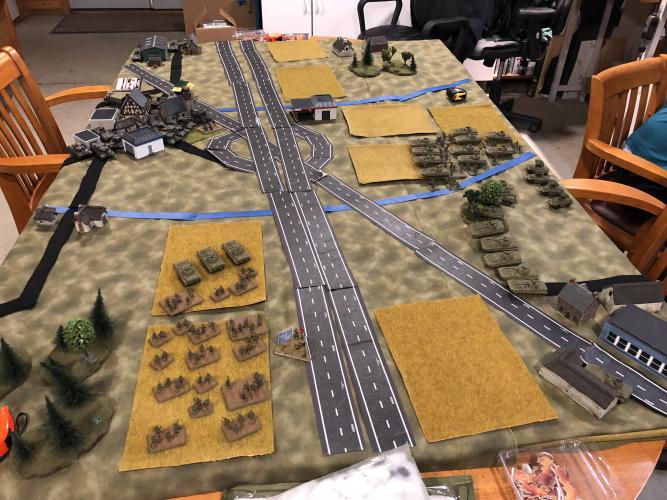 Russian Recce Springs Across the A5

While the REDs secured a decisive position blocking his advance to the south, Gessler was inspired by the appearance of first platoon of Ami's north of town. In what proved to be a regrettable move, he rushed out to join them, hoping the overwhelming initial odds could begin to roll up the Russian BMP line. Moving out under the cover of the interchange he and the Amis engaged the lead elements of the MRB with a volley of over 30 shots! What should have been devastating fire fell short, allowing waves of Russian infantry the chance to further advance under cover of their more effective Spandrels. 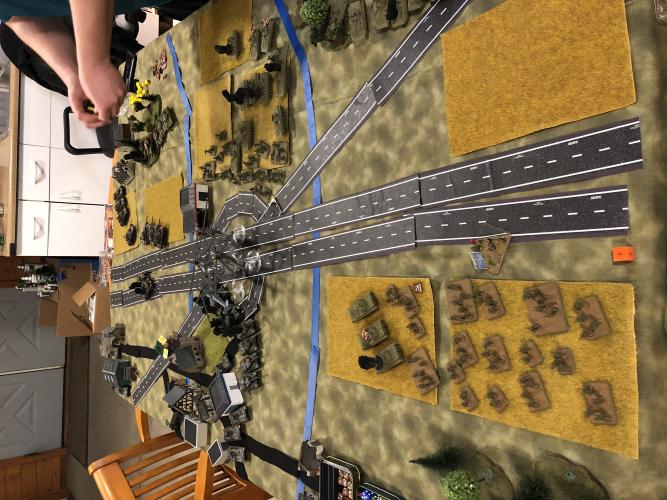 Russians give better than they got!

Joined by their Hind support after effective Spandrel fire wiped out Gessler's Gepards in a single volley, suddenly it was the Americans who were being rolled up from the south with the timely appearance of a T-64 Company. 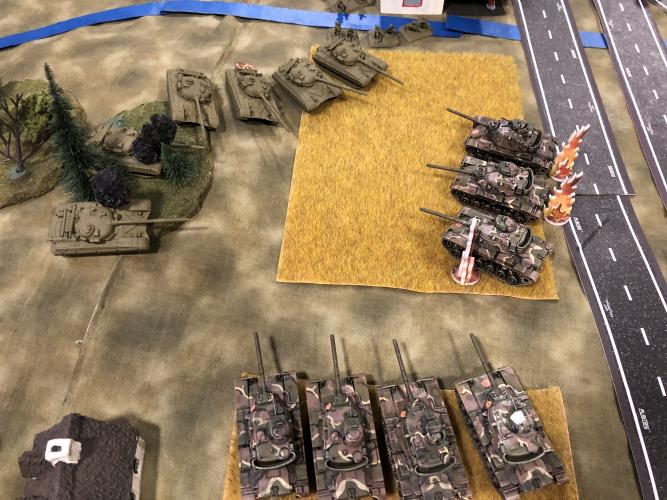 The Amis hold their ground

Just as Opa had said, the Amis showed up! An unexpected Ambush chewed up most of the T-64s. Only one remained in the woods when they were done, but it stood to watch the brave Americans shredded by Hind fire from above. As Gesslers' Luchs Zuge returned to the battlefield with another Leopard Zug, they could only watch as the Hinds turned back to support the Russian infantry as it rolled in to town. Gessler was presumed killed in action as the town was engulfed in the flames of war.