Soviets on strategic offensive, tactical defensive. I made a major error taking two large T-64 companies and a large BMP-2 mounted motor rifle company. That ate all of my points on three units. My opponent had 8. Then the mission was a Free for All. Theoretically I was the attacker. Nope. Let him come to me. And then I went to him like an idiot. Finally, my dice were, well, tragically bad while his – though historically pretty awful – were warm today. Hit 9 of 11 on 3+. That sort of thing.

Ah well, thankfully Mother Russia has many more sons to fight against Yankee imperialism in Europe. Just wait until the proletariat rises up in solidarity with our glorious freedom fighters! 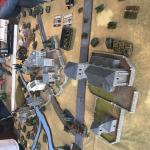 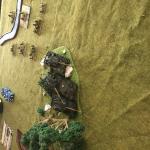 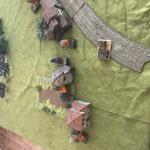