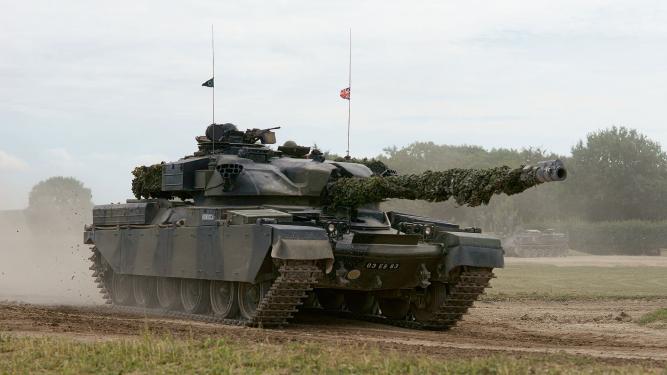 The British are advancing. The Soviets is defending. At the attacker deep reserves, the defender has deep scatered reserves. Dawn.

When deploy the scout is mowing forward, the movement of 1 pack of infantry into the forest on the right flank, the art on the area of the second infantry detachment on the left flank.

1 turn: The plane left on the enemy artillery, the left infantry dash to the destroyed structure. The right infantry climbed out into the forest, the cars left the field, scorpions stood along the edge of the forest.

APC are gunning the infantry - nothing. artillery is aimed at the infantry on the right and kills one machine gun in the house. The plane kills 1 artillery.

The enemy with infantry bailout 1 tank. Here my error - it was necessary either to sit in the dark or shoot and bmp too. And now the infantry is visible to all.

2nd turn.
The plane does not come. Reserves do not come
Right infantry is being buried. APC machine guns, Scorpions shoot. Something is killing a little. Part of the infantry runs away from artillery ranged int. Artillery is redirected to bmp in the far right corner 1 destroyed.

APC on the left roll out from around the corner of the building to gun the infantry, but do not see.

Enemy turn: on the left flank come BMP and bailout 1 my APC. On the left, 1 scorpion is killed from the infantry. Second APC all are silent. Artillery kicks infantry on the right flank, kills 1 Milan. Next, the infantry does not get out of the pin until the end of the game. He does not lose anyone.

3rd turn
Come out chieftain. Rise on the hill on the left flank of the dash. The left infantry is killed in ruin. Kills 2 BMP. APC hide behind the ruins. On the right flank, I kill 1 bmp. A little infantry.

Enemy turn: Enemy aircraft come. Remains of bmp from the left edge leave and hide. 2 T72 leave in the field. 1 stuck in the forest. The infantry is retreating. Aircraft kill 1 chieftain.

4th turn. The night is over. APC on the right edge go to the edge of the field - machine-gun infantry - a lot of losses. Chieftain are killing T72. Airplanes bombing artillery and it leaves by morals.

5th move - mortars, milanas, blow pipe came out. Blow Pipes left on the right flank - did nothing. It was necessary to put so that the whole table was blocked and to catch planes. Milan on the left flank in the hope of landing and shooting at the BTR. Mortars hid behind houses
All shooting Shilka 2 killed. 1 baleout. The plane is killing something a little on the left flank.

Opponent: everything else comes out. T-72 come and kill APC with Milan’s in each survive on 1 - the morale has passed. Aircraft kill 2 Chieftain - the PWC could shoot down one aircraft

6th turn: Scorpio is breaking up. The machine in the field is broken up and drives off to reach the point in the field to allow the aircraft to enter. Milan’s are crucified, they shoot at m72. 1 Killed and bale. Scorpion shoots in Shilka’s and bailout one. The airplane goes to the bmp - killsbailout all except 1. Artillery kills 1 infantry base in the house that has checked the point. Moral bmp did not pass. Moral Shilka;s - did not pass. Party for the British. 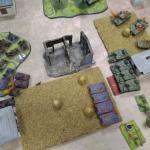 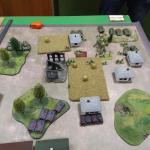 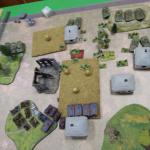 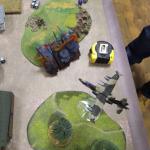 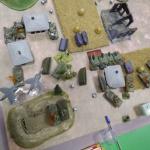 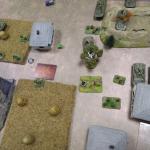 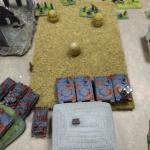 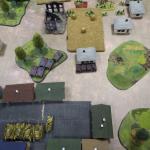 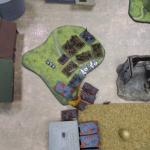 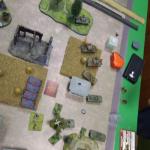