The successful attack at Dresden trumpeted the advance of the whole front! Uwe Bauer’s kampfgruppe got reinforcements and proceded smoothly to the Ruhr area, launching an attack towards Essen. Uwe remembered the landscape, as the heavy fighting at Essen a week earlier was not the thing you can easily forget. He knew, that a fatal strike at the time the enemy is unaware of your presence is the best way to go forward without losing your comrades in heavy fights. “The enemy is preparing a counterattack!”, – the scouts reported. Thus, we need to strike first!

A full company of T-55AM2 panzers, supported by the mot-schuetzen riding their new BMP-2s got into a village, undetected by the enemy. Only a swift move was needed to bring a hail of fire onto the enemy! The Leo-1 commander seemed to be too careless to camouflage his tanks, and it gave a superb possibility for the tiny T-55AM2 to strike first. Their guns were not that great stabilized, but even with those guns, if you shoot at the enemy in the open, you have to score at least several hits! 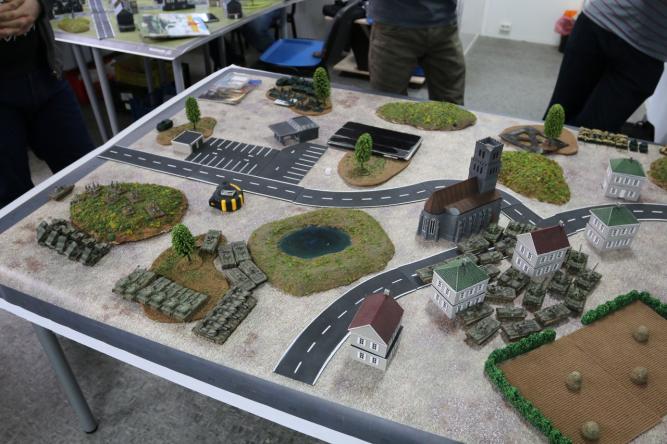 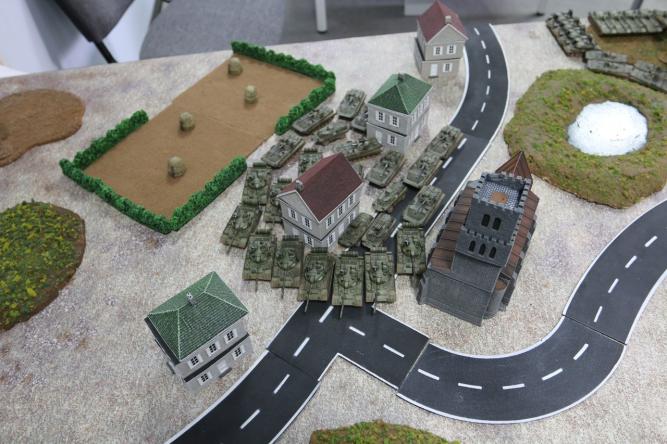 The village was full of vehicles. The motors were roaring, the commands were given, the group was ready to launch the attack! 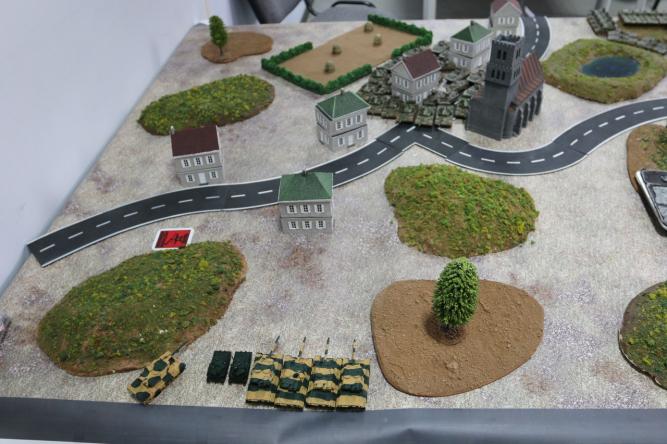 The enemy was unprepared for the strike, the attack was a surprise for them. 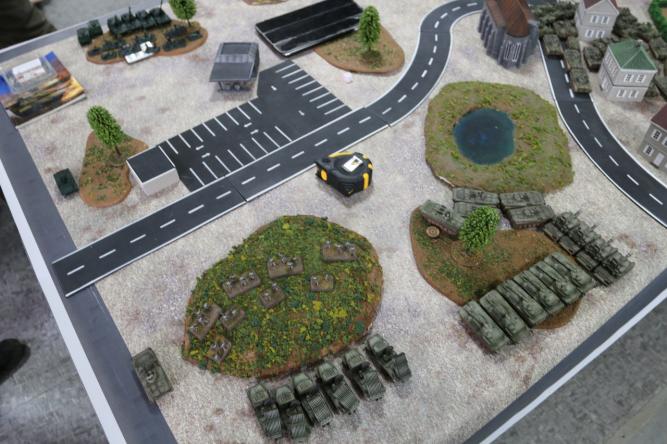 Artillery from both sides prepared for counter-battery fire. 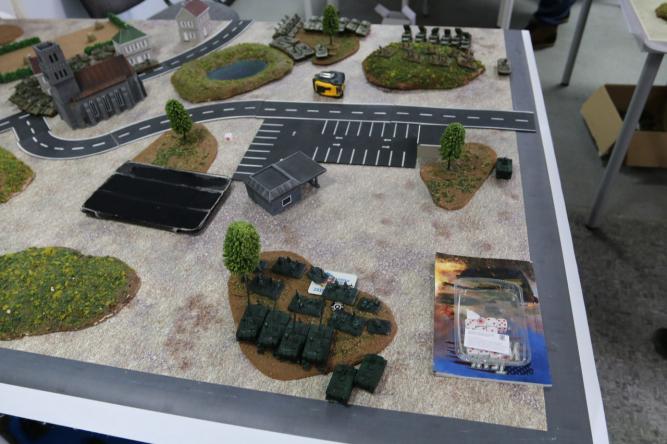 The enemy positions were pre-ranged in by the Grads. 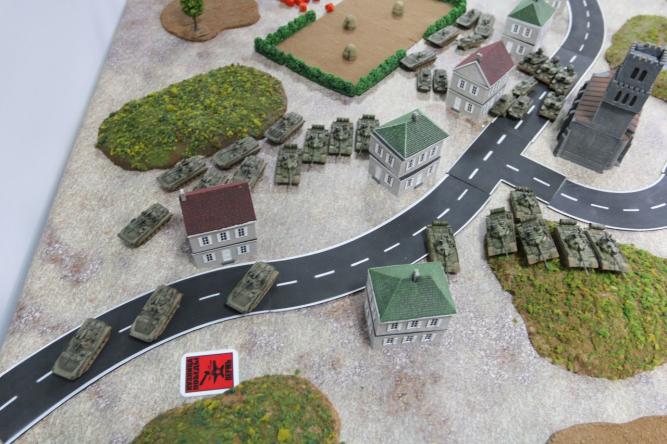 The panzers rushed forward, the mot-schuetzen were ready to support them.

Every gun shot at the enemy, every missile aimed at the capitalist tanks! 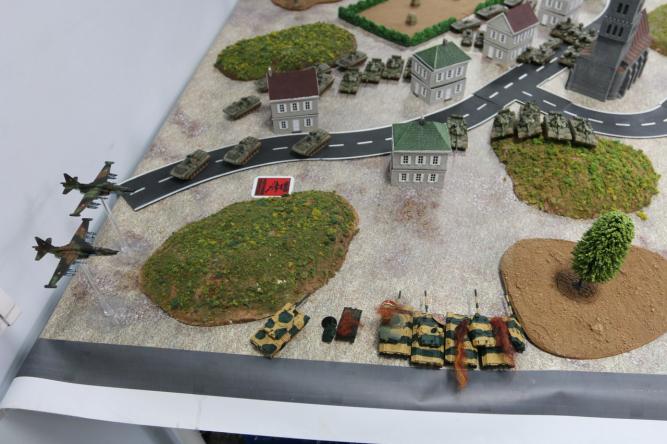 After the first salvo, only the ANZAC tank commander in his Leo-1 was still operational. But he lost his nerve and fled the battlefield. The ANZAC infantry commander understood, that no reserves will come to his rescue, and ordered withdrawal. The battle was won by the valiant NVA soldiers without a single loss. That is the true socialist blitzkrieg!