Oberst Uwe Bauer got the order to move northwards, to the Ruhr region. It was still unclear if his men would start an offensive or hold against the NATO counterattacks, so he needed to be prepared for either situation. The panzers got extra fuel, the scouts were watching the flanks while the main force rolled forward along the Kassel corridor. The capitalists were encircled, and, presumably, exhausted, as they didn’t make any attempts to fight their way westwards through the WarPac positions. Bauer’s men were not needed here.
After reaching Ruhr, they received the orders to attack the US blocking force supported by ANZAC mech infantry and tanks. These were the old West German Leo-1 design, but still capable enough of knocking out the sturdy little T-55 panzers, the main tank of the NVA. Going towards Essen, Bauer passed a small town, and at the moment he saw the two forests nearby, he understood that it could be a trap.
– Vorsicht, gegnerische Panzer! – the scouts reported.
A Mot-schuetzen platoon entered the building on the fringe of the town and prepared their RPGs for fight. Other two platoons took cover in the woods, ready for attack… 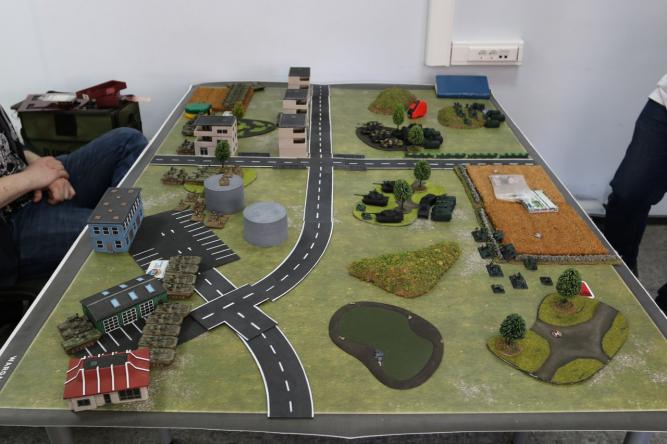 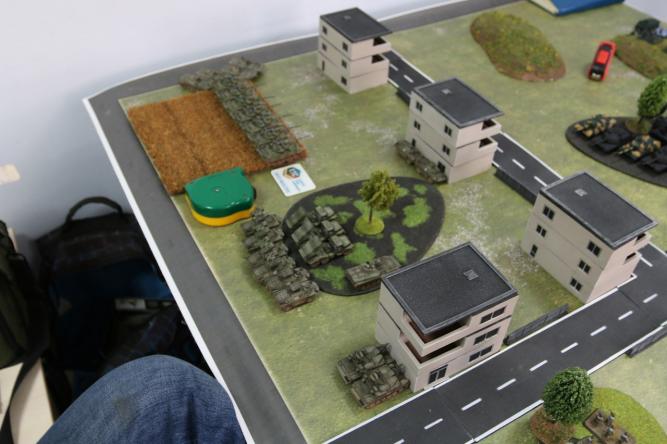 The tanks were ready to start an attack on the flank, while the infantry in the house made a good firebase against the capitalist panzers. 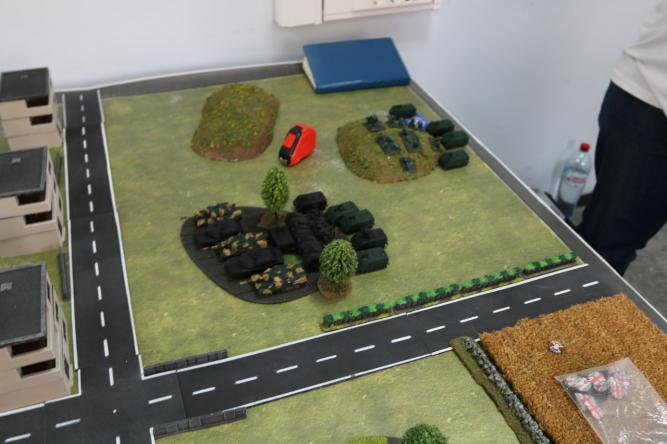 The enemy tanks were hiding, but the workers and peasants army will deal with them anyway! 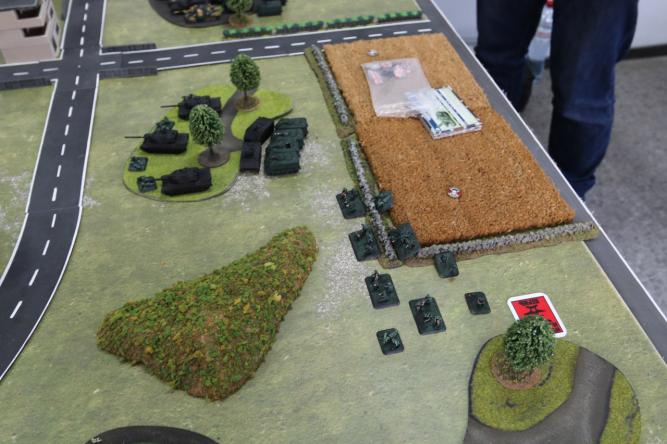 The ANZAC milans on the edge of the forest could do a lot of damage, and were priority one target for the mot-schuetzen. 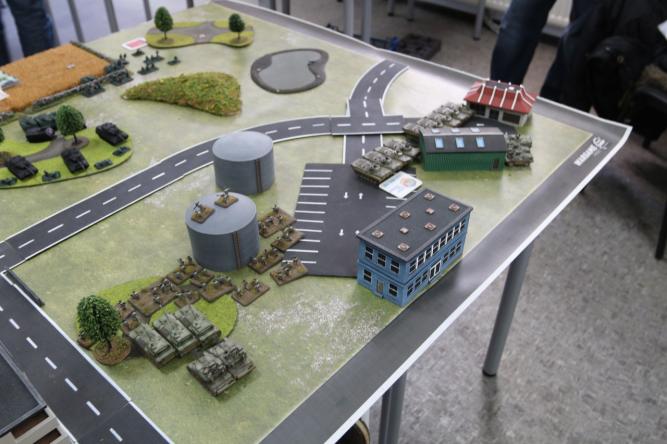 BMP-2s hoped to deal with the enemy before getting too much return fire. 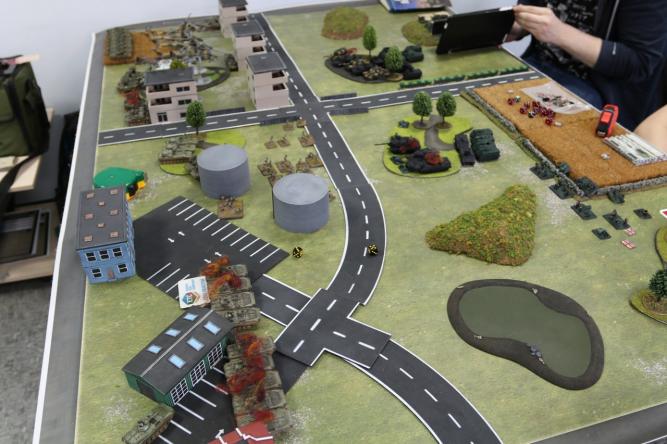 The first volley destroyed 3 Leo-1s out of 6, but the returning hail of shots was really painful: BMP-2s ceased to exist. 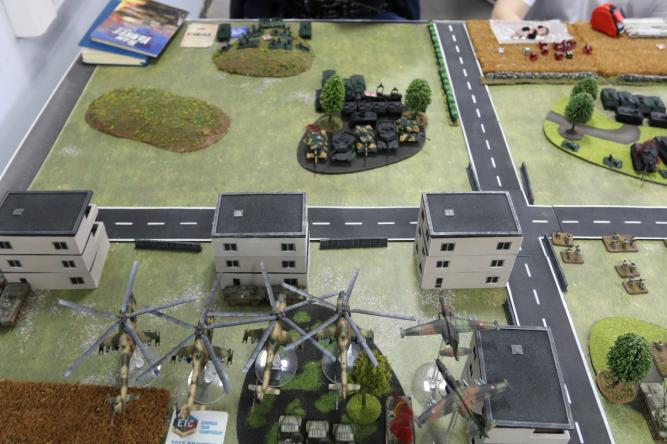 Abrams IPM tanks were the main target for the joint NVA-Soviet air group, but the dreadful Rapiers could ruin its day. Losing 2 Mi-24s and a SU-25, the pilots were too upset to do any damage to the capitalist tanks. 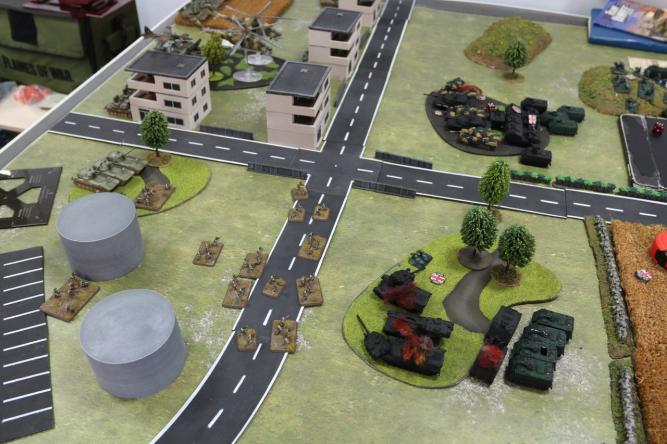 The Mot-schuetzen cleared the forest from the dangerous milans, but it was too late to help the burning BMP-2s... 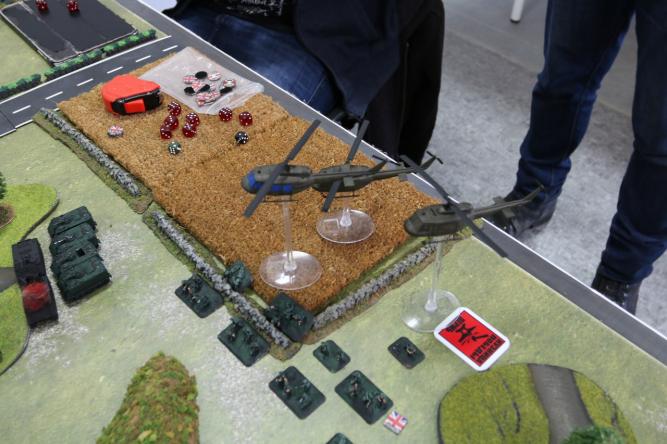 A group of Huey helicopters appeared over the battlefield. 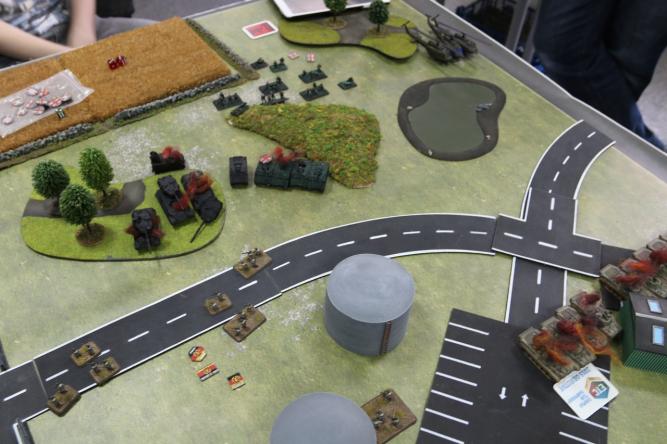 They brought the infantry to a good position for starting a counterattack. The brave mot-schuetzen were meanwhile decimated by the M113 fire. 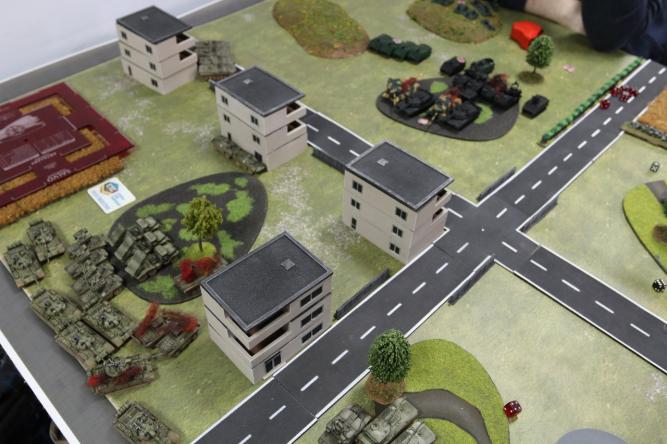 As the air group failed to deal with the Abrams IPMs, and the right flank of the NVA positions was threatened by the possible American counterattack, T-55s were brought to stop it instead of attacking the capitalists' positions. 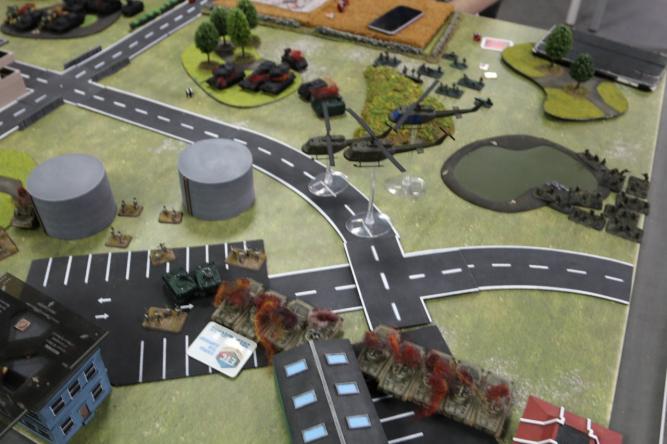 The doomed attack of the M113 made the mot-schutzen fall back, but the threat was dealt with. At the same time, the ANZAC and US infantry advanced, supported by the Huey helicopters. 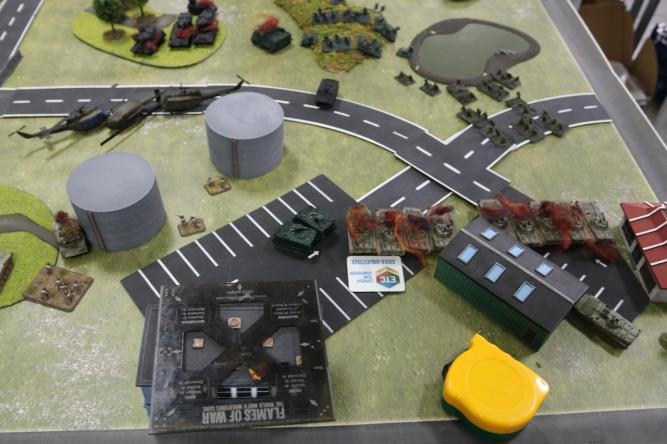 The Huey landed and opened fire, but some of them were shot down by the NVA AA assets. The NATO counterattack didn't get to their objective in time, so none of the fighting forces could call it a victory.