After the first phase of the WarPac advance was accomplished, the NVA mot-schuetzen battalion was having a rest in the now liberated city of Frankfurt. The new administration arranged food supply for the inhabitants and started to re-establish the life of the city according to the socialist model. The factories were nationalized, every worker got a job, and the homeless were given a temporary accomodation in the newly built barracks. The soldiers repaired their ammunition and vehicles, and went to a Kneipe in the evening. That was a so needed pause in the campaign! But nothing can last forever. Once in the morning, an order came to prepare for fight! 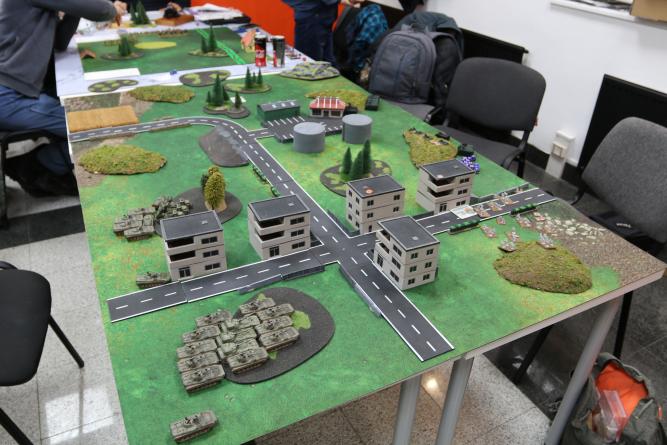 Americans were seen in the outskirts of Frankfurt. The GDR troops started to prepare their decisive counterattack. The NVA battalion commander gathered his mot-schuetzen in the woods waiting for the airstrike to signal the advance. 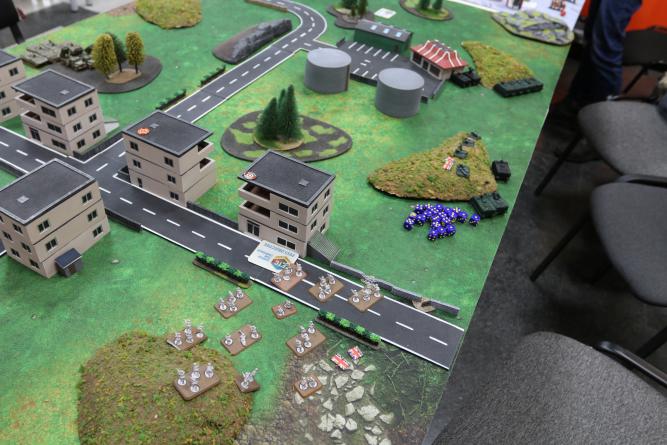 The ANZAC infantry advanced on the flank, preparing to defend the capitalists' gains against inevitable WarPac strike. 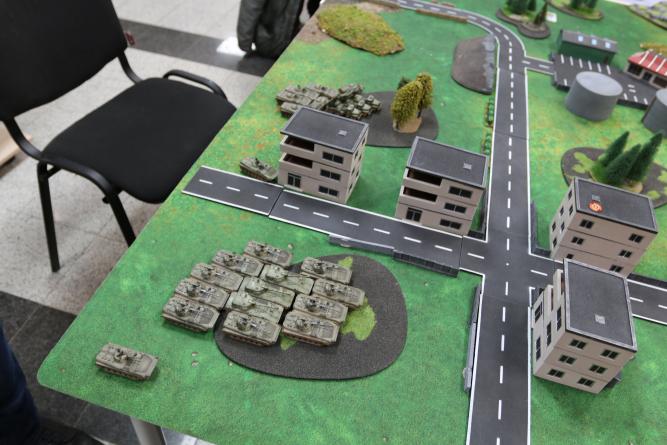 Gvozdika SP Howitzers and Grad rocket launchers got orders to pounder the enemy positions with artillery fire as soon as the airstrike comes. 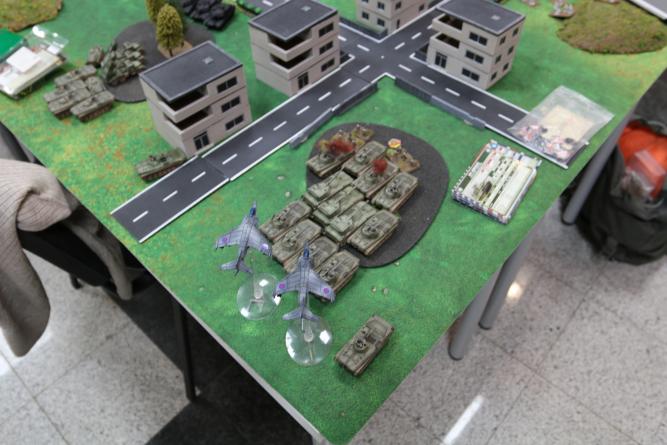 But the planes in the sky were not the allied Soviet SU-25 "Grach", but the NATO Harriers! Luckily, they destroyed only two BMP-2s, all the mot-schuetzen survived the hail of fire from the sky. 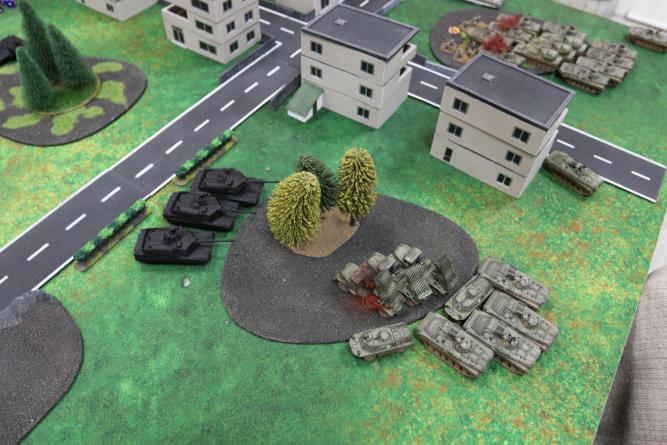 Three Abrams IPM tanks rushed forward from the ambush and attacked the Grad rocket launchers, destroying one in the process. 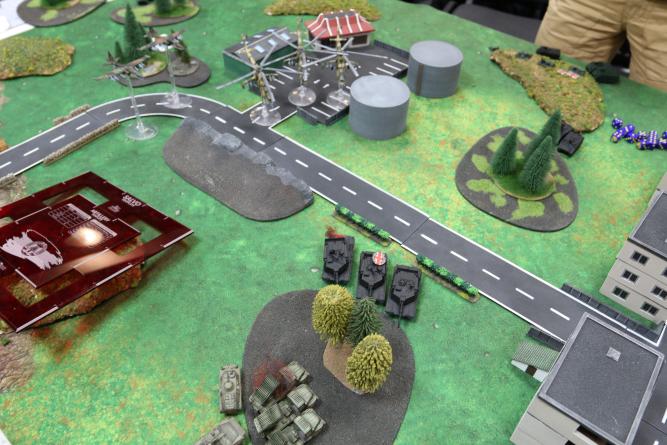 At that moment the combined Soviet-GDR airstrike came, burning one of the American steel beasts to ashes and damaging another one. 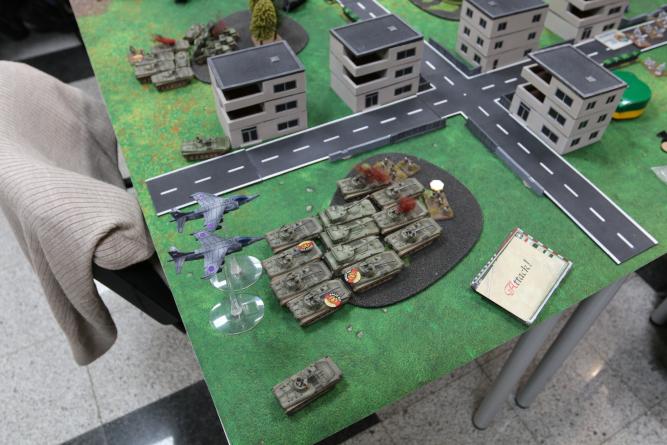 the NATO planes returned for the second attack. Having their AA troops still in the city center, the NVA mot-schuetzen just tried to survive, hiding under their BMPs or in some natural cover in the forest. 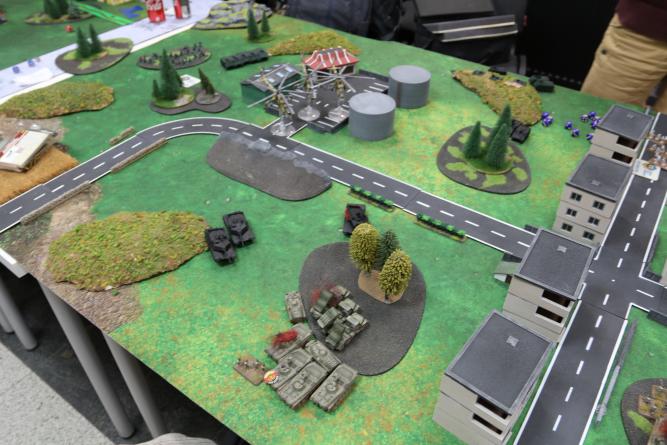 The two surviving Abrams IPM tanks advanced and destroyed a BMP-1, some of the mot-schuetzen managed to escape the burning vehicle. 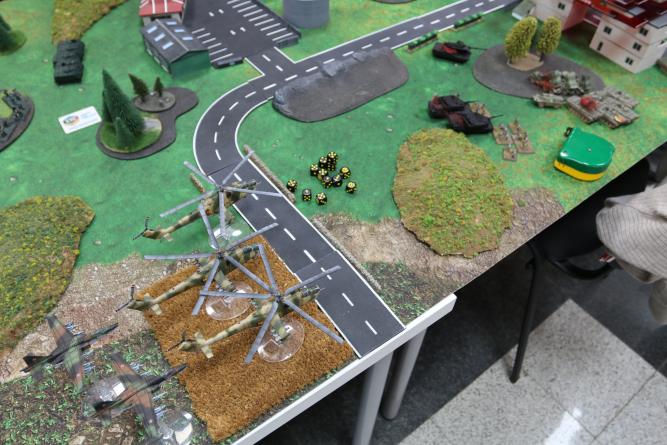 The second airstrike damaged both American tanks, and they became easy prey for the mot-schuetzen, who captured the crews and sent them back to Stasi. 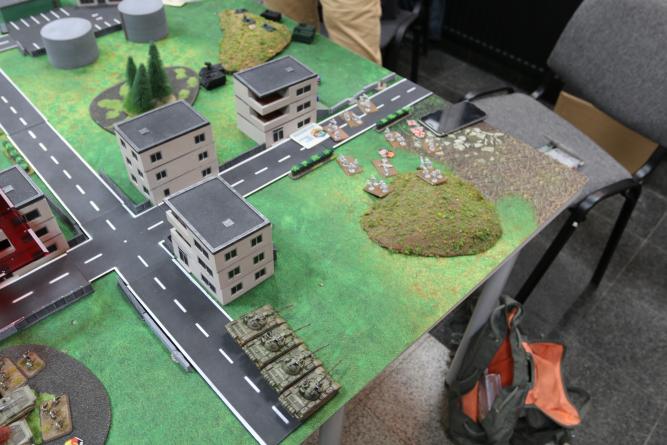 The American infantry was under constant artillery suppression, losing one team after another. Meanwhile, the T-55 panzers were ready to lead the onslaught. 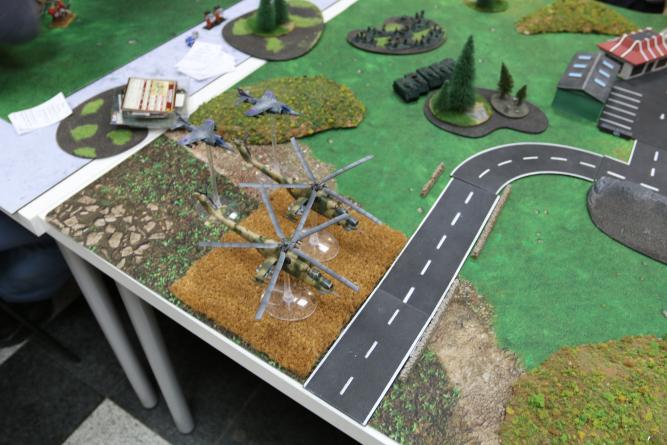 NATO planes started to hunt the NVA helicopters, but were not successful in doing their job. On the other hand, the AA fire was more effective, destroying one Mi-24. 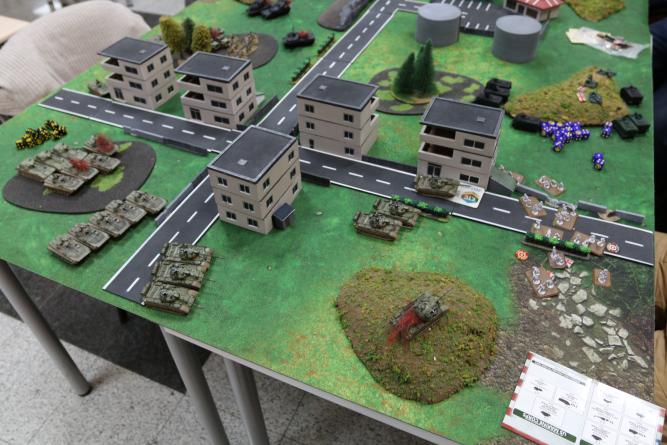 The panzers assaulted the Americans, making them to fall back. 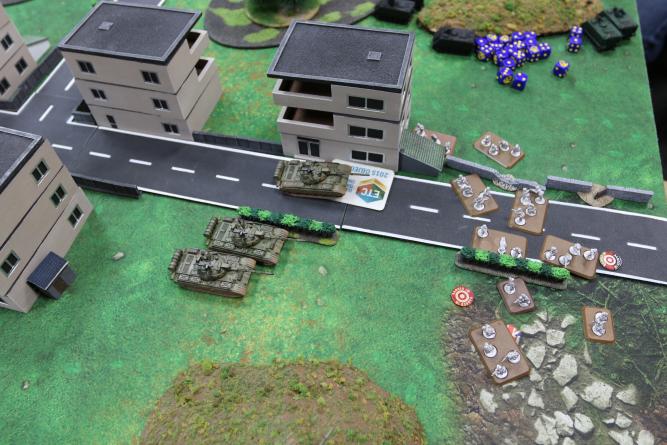 The capitalists were too frightened to counterattack, taking cover and waiting for reserves. 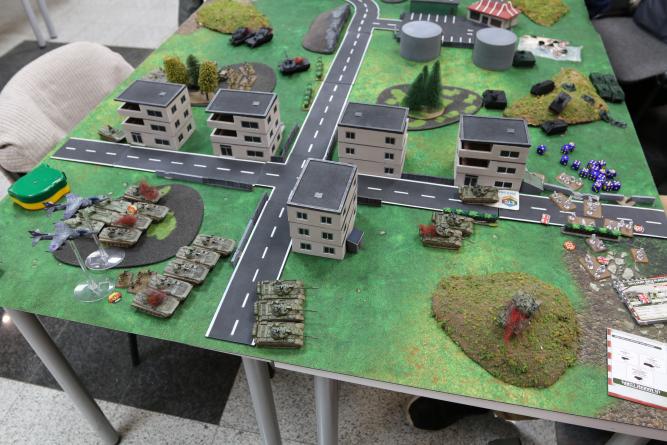 The mot-schutzen advanced to support the panzers under constant NATO air attacks. 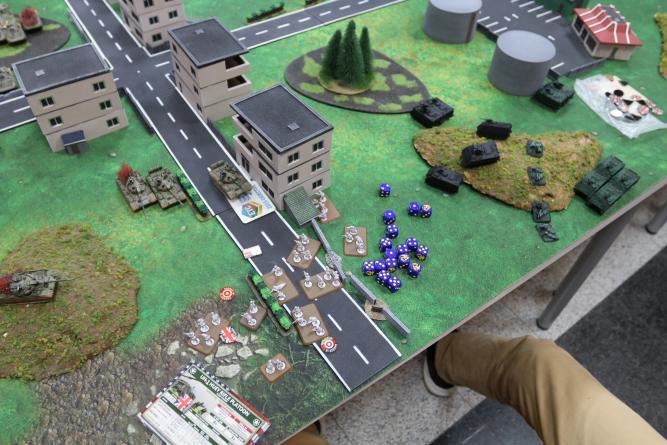 The panzers were close to the final victory, but the ANZAC infantry rushed to rescue their American allies. 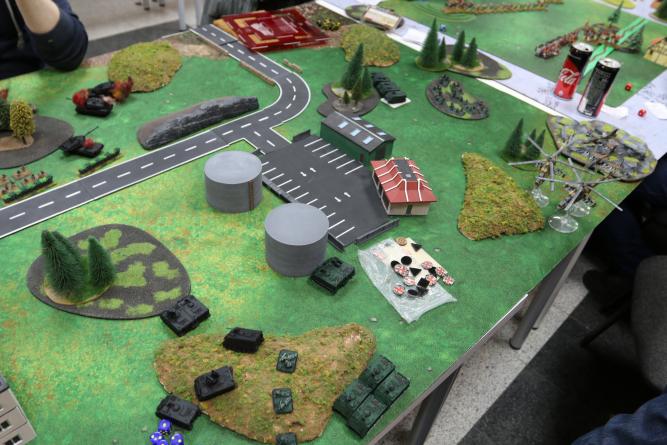 Combined WarPac airstrike was a disaster - the missiles missed their targets, and the AA fire destroyed the last two GDR helicopters. 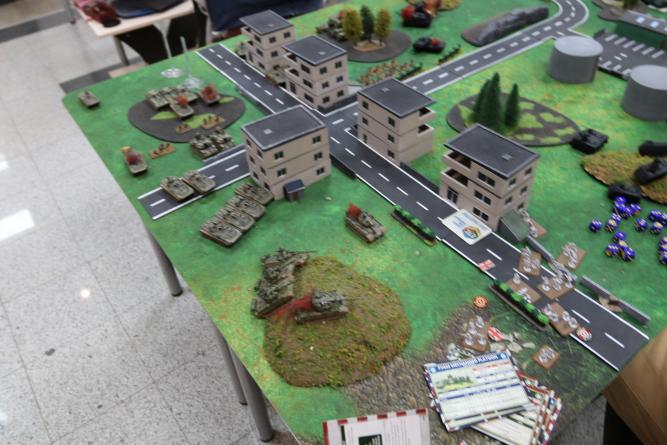 At the same time the NATO AT assets poured a hail of fire at the T-55 panzers, damaging one of them. The commander had to escort the wounded tankers to the rear. 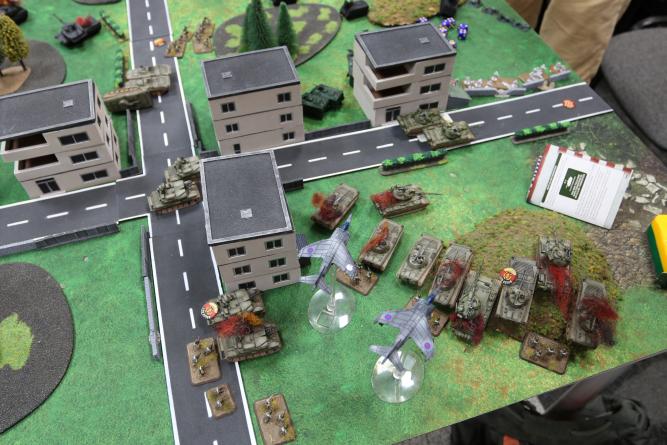 The last NATO air strike was a blast - the Shilkas wich came from reserves didn't manage to stop the Harriers, and those dropped their bombs precisely, destroying several BMPs and a Shilka. Nevertheless, it couldn't stop the NVA troops! The brave tankers made most of the Americans fall back, and the mot-schuetzen pushed the rest of them out of the block of flats. The area was clean now, and the city safe from the capitalist invaders!