NATO attacks against Dresden came one after another. But the capitalists cannot attack you forever. One day you’ll see they are out of steam, and that’s the best day to strike back! As the Fascists were stopped at Kursk in 1943, so we stop the imperialist scum near Dresden today! They may have superior tanks or sneaky helicopters, they may use cover to evade our righteous fury, but they won’t be able to beat us, if we act according to the plan!

So, comrades, how do we beat the capitalist beast? First, we’ll launch two flanking attacks at the same time. Second, we’ll provide as much artillery support as we have to decimate the enemy. Third, we’ll make their heavy tanks to move out of cover. Fourth, our Soviet comrades will annihilate them from above!

Stick to the plan, maneuvre, find the enemy and destroy them! For the better future of the workers and peasants of the world, for the millions of people under the capitalist yoke who seek for freedom and happiness! For the glory of the Revolution! Panzer, vorwärts! 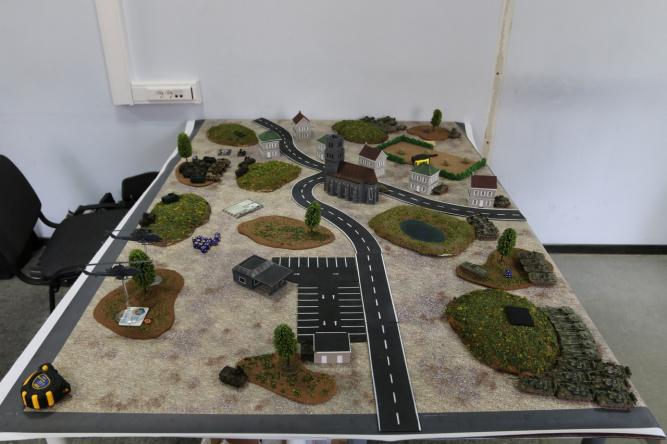 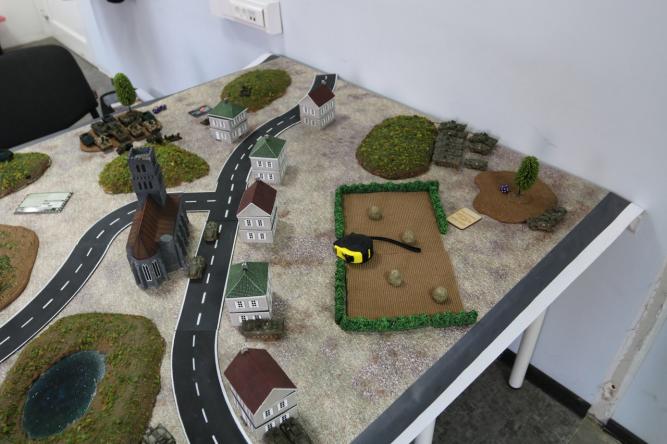 Uwe Bauer brought his men forward, and they took positions in the church and 2 houses on the other side of the road. The first striking group was hiding behid a hill. 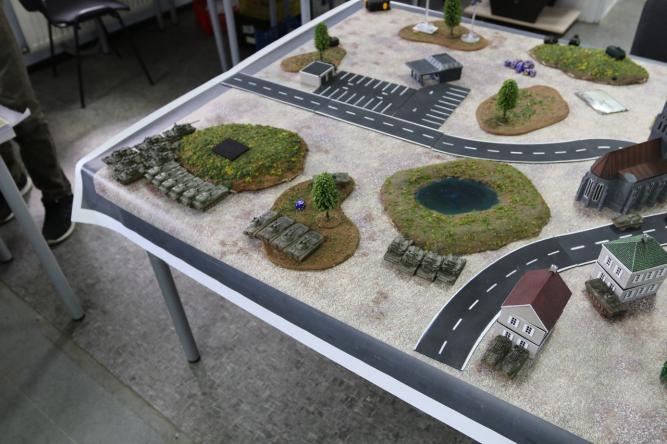 The second striking group was also ready to launch the attack. Shilkas were in the middle, ready to turn any enemy aircraft into metal scrap. 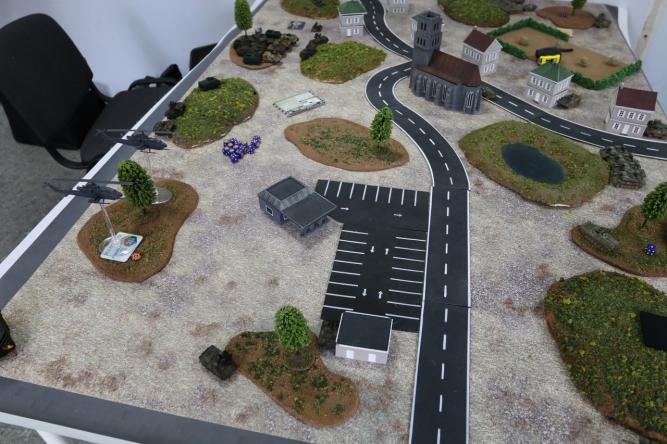 The Americans were hiding in the forest, the NVA left flank objective was defended just by a pair of helicopters and a scout platoon. 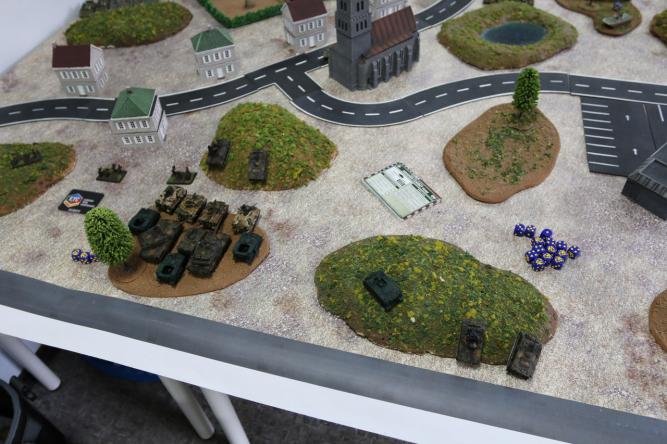 The main group will need to leave the forest if the left flank attack would be successful. 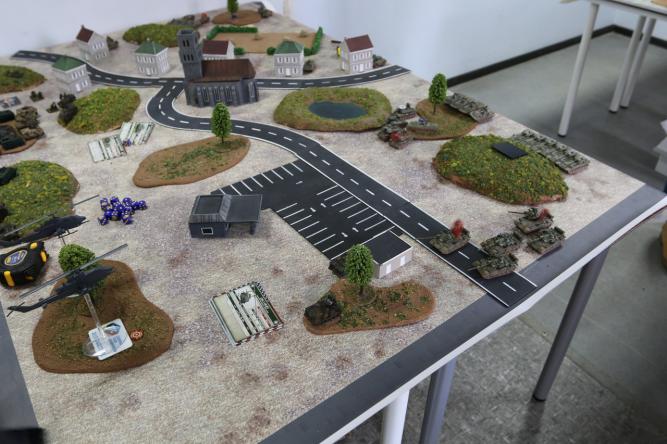 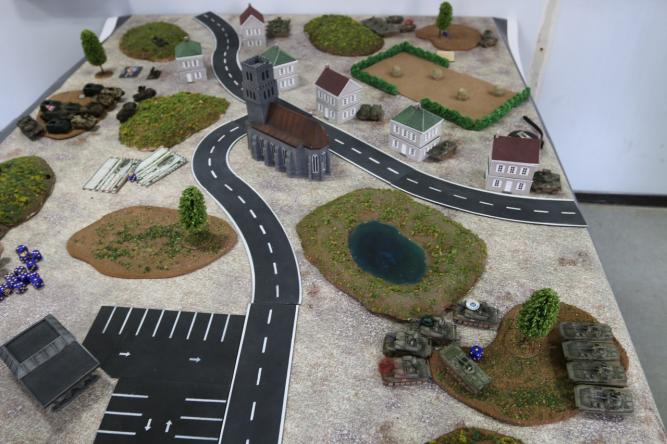 Shilkas advanced to interfere, but their fire did little damage to the hiding helicopters. At the same time, enemy fire was quite effective. 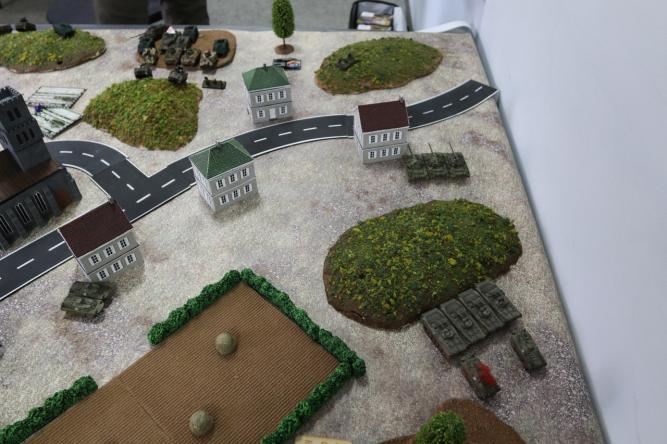 T-55AM2 platoon on the other flank advanced as well. A lucky shot from a HAmmerhead destroyed a BRDM-2. 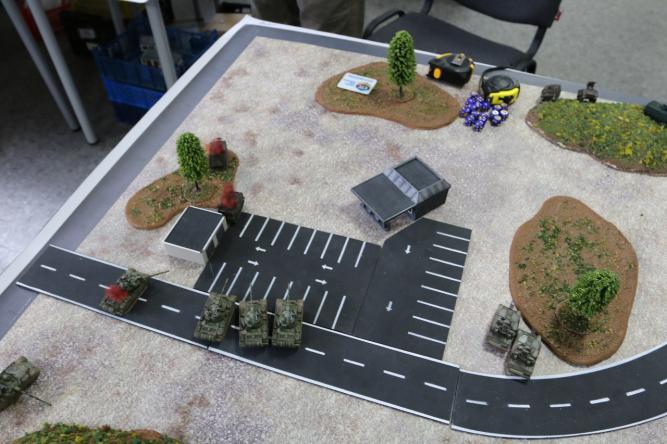 The survivng platoon on the left flank moved forward and destroyed the enemy scouts. Shilkas shot down one of the Cobras, the other decided to return to base. 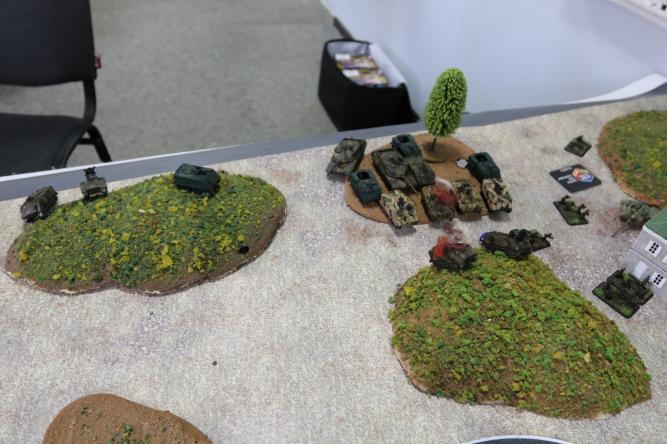 Infantry in the church destroyed an M113 with RPG fire. Meanwhile, the artillery started to shell the enemy in the forest. 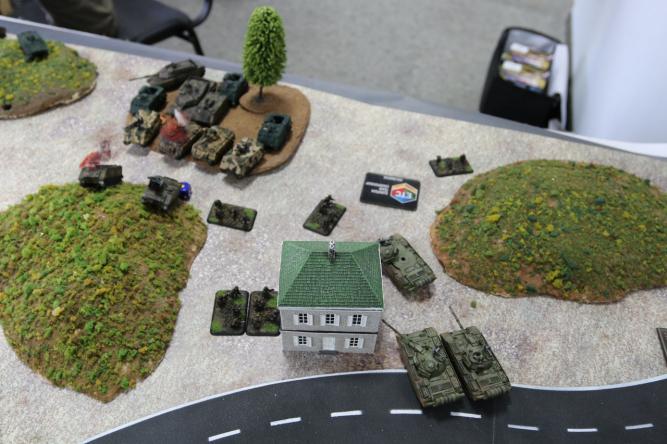 Panzer platoon on the right flank assaulted the infantry and moved the Americans away, losing one panzer. 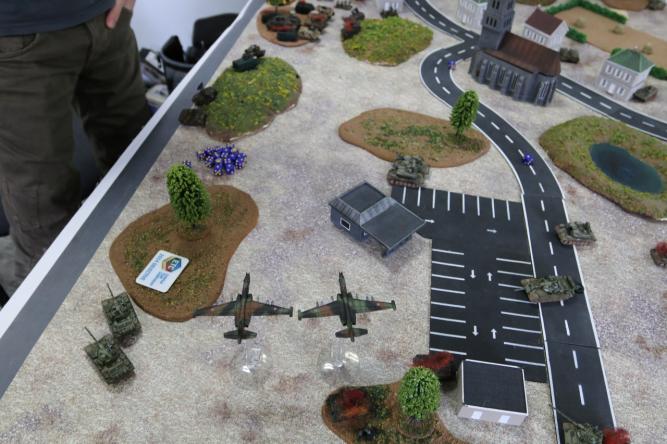 One of the Abrams IP M1 tanks fired at the T-55AM2 platoon, but failed to destroy even one tank. The platoon moved forward, leaving the damaged tank behind. The Soviet pilots couldn't get the target from the first attack, and prepared for the second. 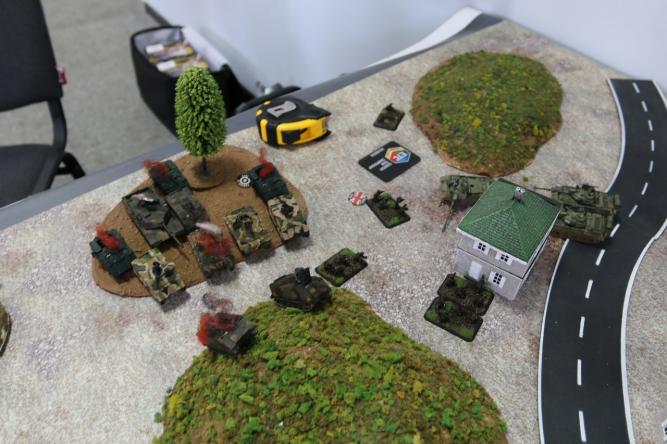 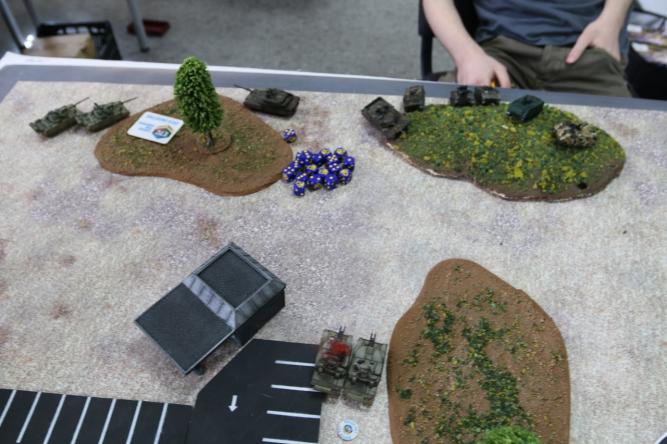 American tanks rushed for the obgective, exposing themselves to the air strike. The Shilkas were shot at by many of the capitalists' AT assets, but the commander survived the enemy fire. 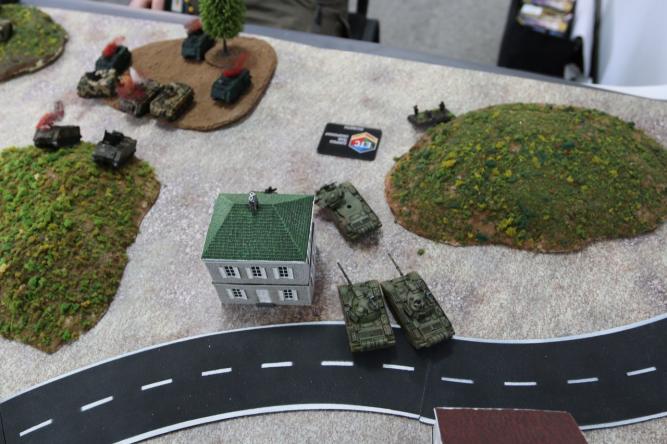 Brave NVA tankers were assaulted by the capitalist infantry, but succeeded in eliminating 2 and a half squads of Americans with MG fire. 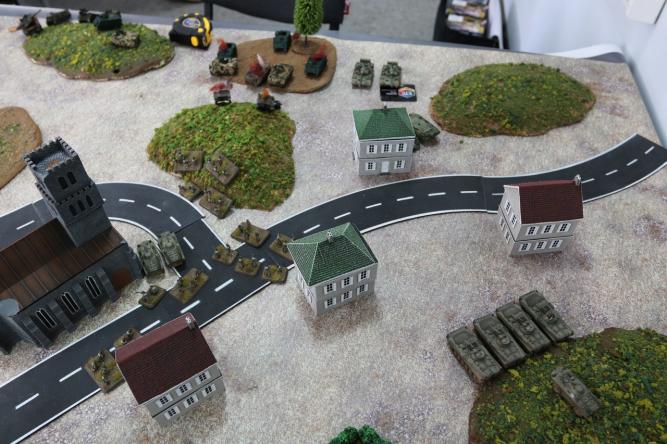 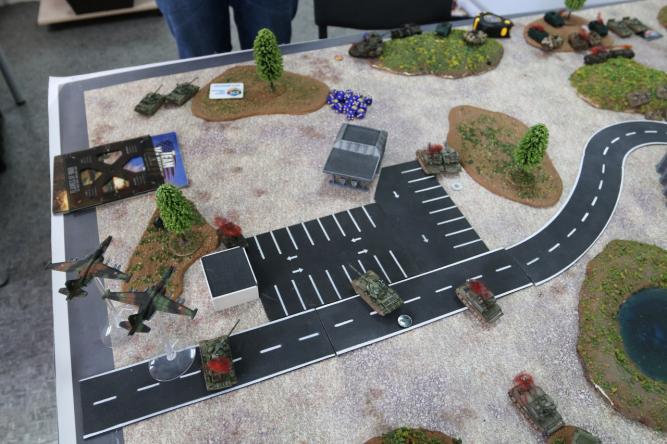 SU-25 attack finally hit one of the Abrams IP M1 tanks and destroyed it, while the other tank fled the battlefield. The tiny T-55AM2 platoon ensured victory!