The situation at the front was not that good as they say – thought Uwe Bauer, – we are needed in Ruhr, next in Frankfurt, and now the American thrust is heading towards Dresden! The Americans bombed the city back in 1945, and it nearly ceased to exist. Killing peaceful people – that is the real face of the imperialist beast! Now, they want to destroy the city again!
Prikas war gegeben, and we need to fulfill it! – said Uwe to encourage himself. The way eastwards was not encouraging at all, and the thought that beloved Dresden could be in danger added to the already stressfull atmosphere in the group. Uwe tried to camouflage his bad mood with some jokes, but that made it even worse.
After the long way came to an end, the group got into position right outside the suburbs of Dresden. An American mechanized column came in sight, and the first shots were heard… 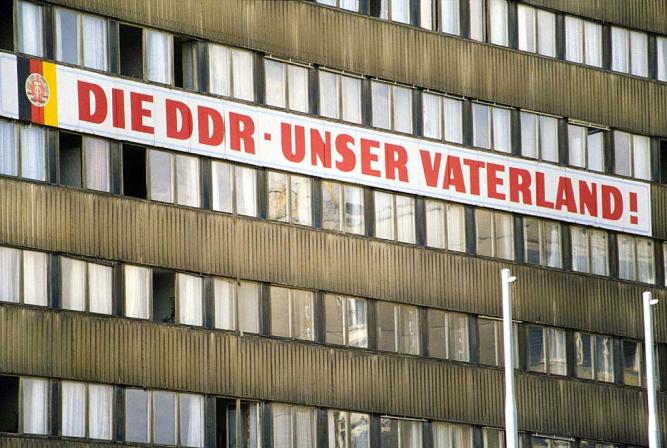 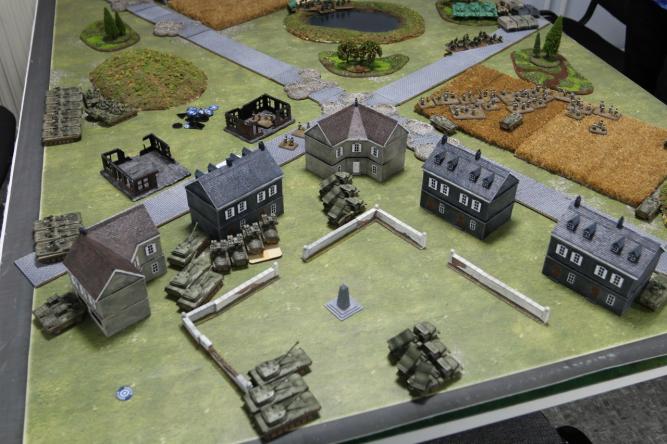 The artillery took a position in a city quarter, while the mot-schuetzen moved forward to stop the enemy before it enters the city. Capitalist M60s were hiding in a forest, while the American infantry got some cover just on the edge of the road. 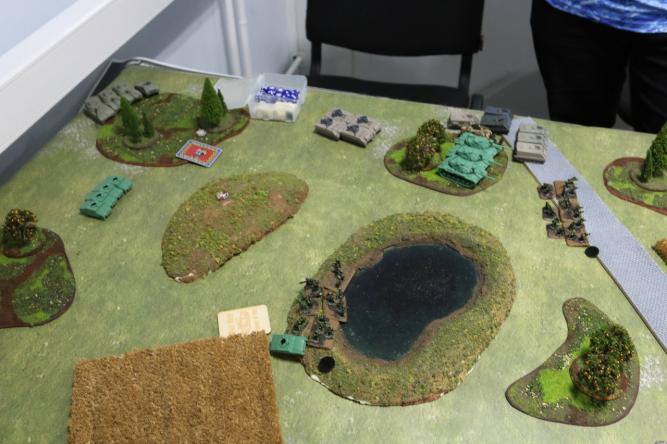 The American force was well-protected from the air attacks, as the VADs and Stingers covered the areawith an AA blob. 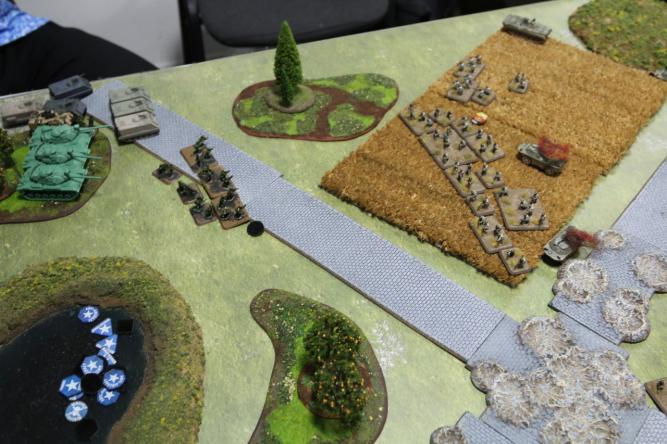 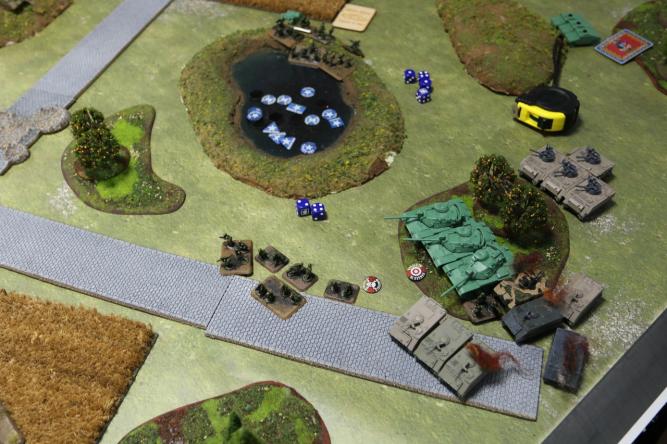 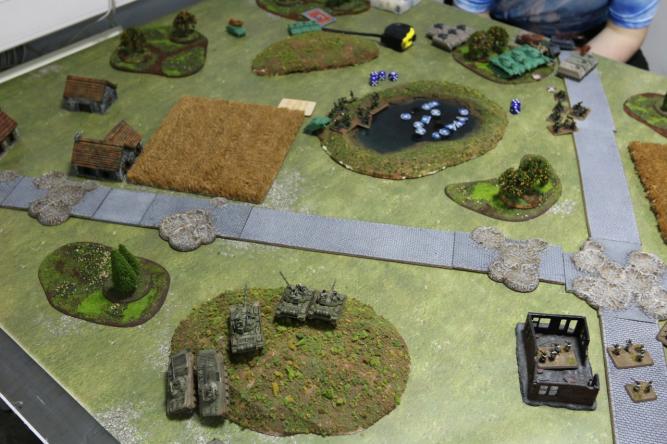 An attempt to catch the HMMWVs in the open was not as successful as planned. 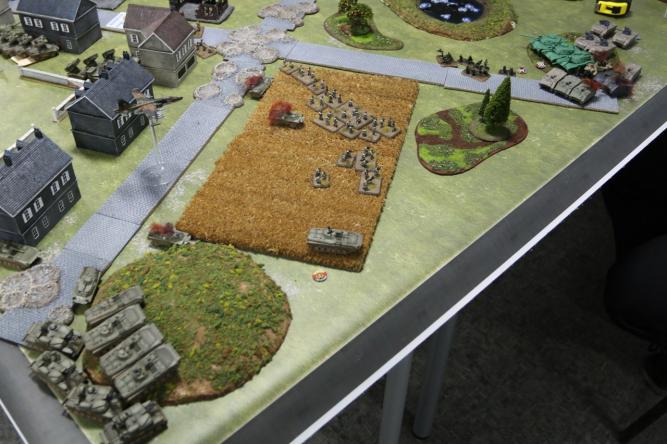 Precise AA fire destroyed a Grach, another one returned to base killing nothing. 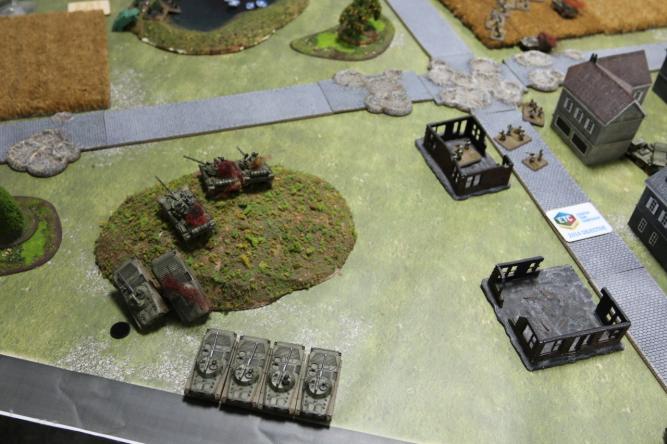 The tankers sacrificed their lives in vain. 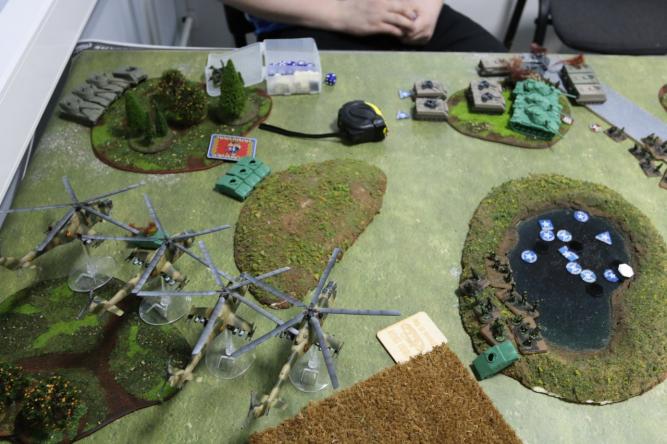 Mi-24s attempted an attack at the enemy artillery pieces. 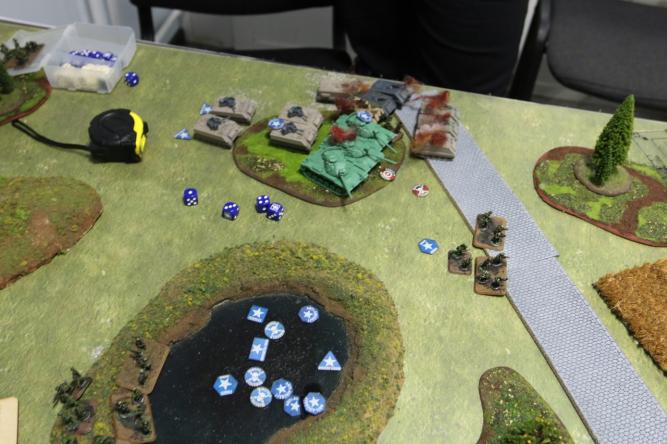 Combined fire from artillery and Konkurs missiles decimated the american group in the woods. 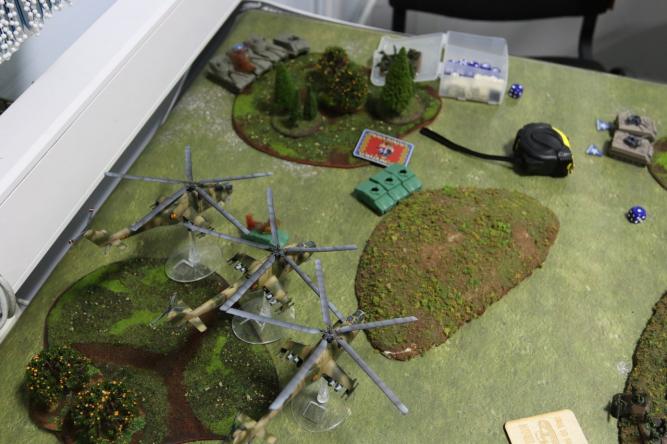 Mi-24s were not that successful, they lost one helicopter, destroyed an American artillery piece, another one was bailed out, but the Yankee crews were brave enough to continue the fight. 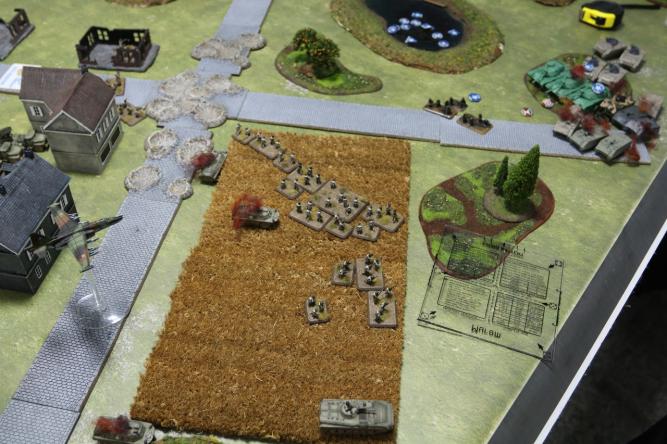 The plane was luckier and destroyed an M60! 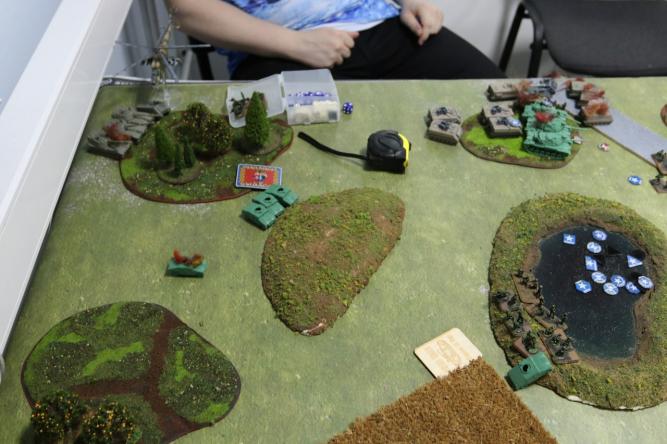 The AA fire was heavy, another pair of Mi-24s was lost, and the last of them couldn't do any damage to the M109s 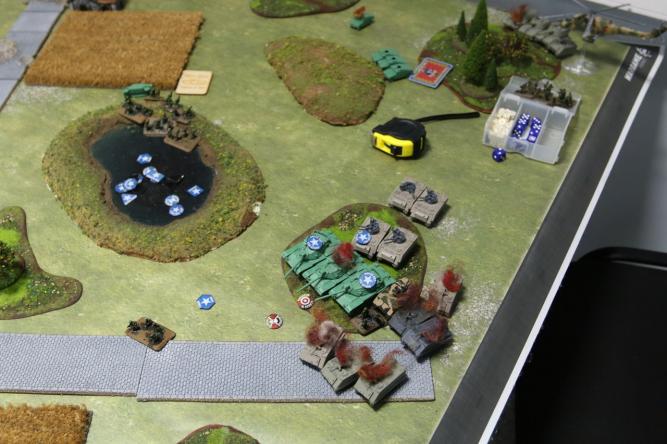 Meanwhile, the concentrated effort of the whole NVA force made the Amercian group in the forest melt as the spring snow. 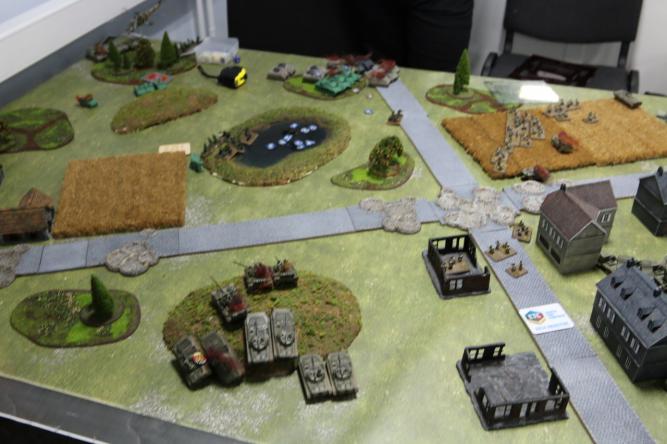 BMPs tried too help their comrades in the air, firing at the VADS, but with no success. 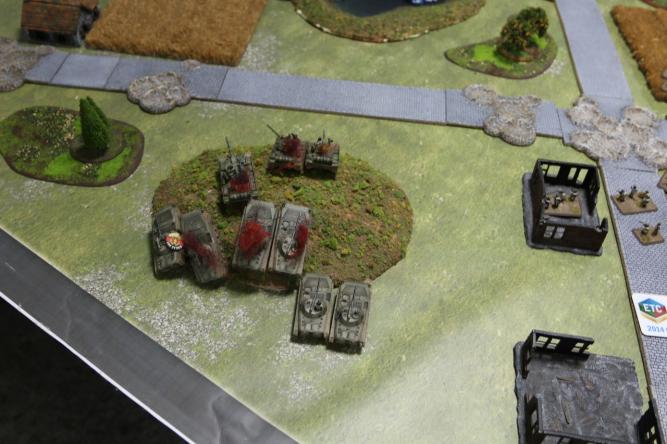 The enemy artillery fired back with Copperhead ammunition, eliminating the BMPs on the hill. 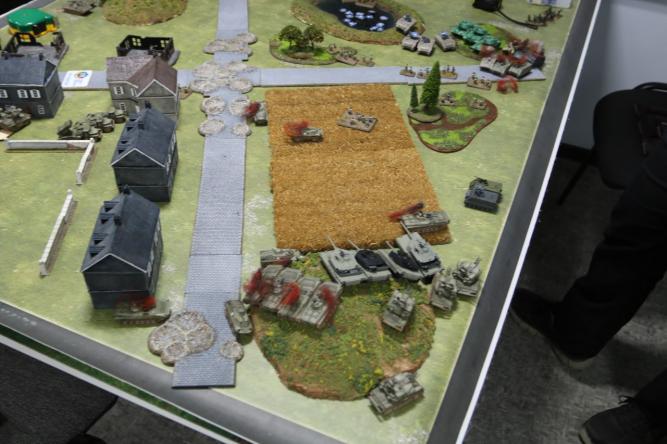 The Abrams tanks appeared on the table, feeling their impunity in the absence of the WarPac aviation. 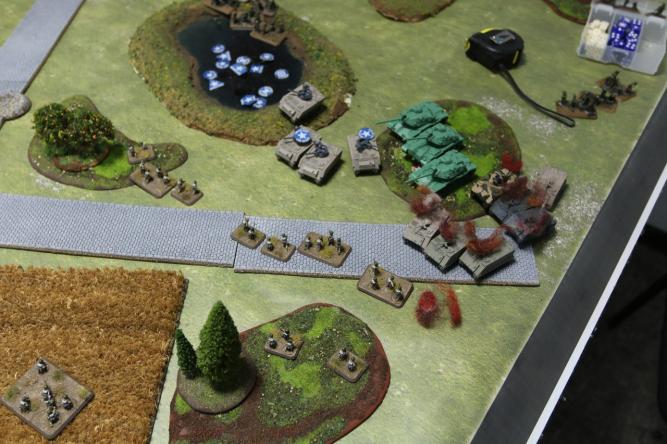 The mot-schuetzen successfully attacked the VADS and ITVs. 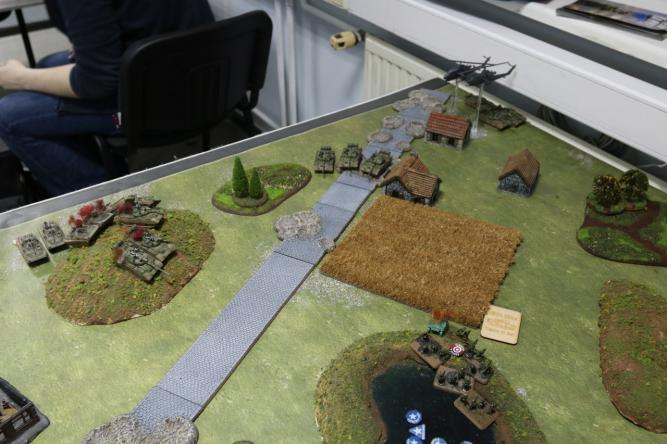 The T-55AM2 reserves were approaching the battle area, but too late to disrupt the American positions. The Abrams tanks were also late for breaking through the NVA defences, so Dresden blieb sozialistisch!