This Is The Moment

THIS IS THE MOMENT

[I've used up all my creative juices in the first writeup, so future ones will be more of a turn by turn account of game happenings...]

We elected to do a Quick Mission - Gauntlet was generated with WP as the attackers and NATO as defenders.

WP took the table edge that allowed pretty much a complete covered run towards the objective. With table edges decided, on to deployment! 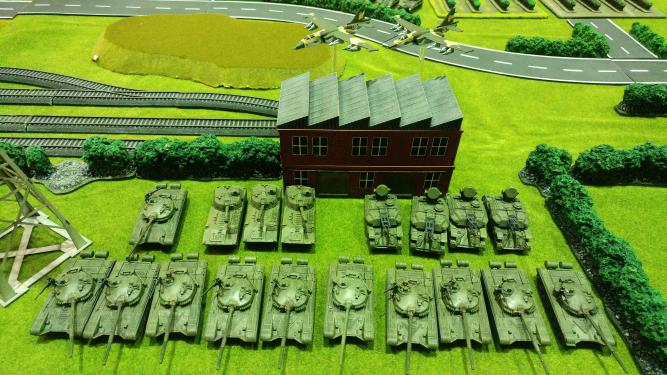 Sneaky ANZACs took advantage of a spearhead move to increase deployment area flexibility and made good use of it with Ghurkas, MRV's, and Milans bearing down to defend the objective.

WP were somewhat hemmed in by the tight deployment zone and terrain within it, but felt it a worthwhile tradeoff for the covered advance. 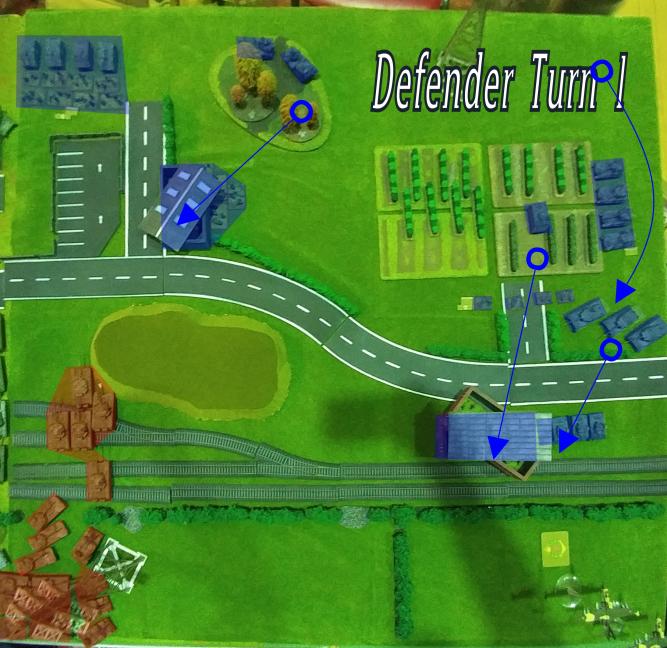 Yeah, that caught us out. Defender goes first.

In an unusual sequence, the mission states the defender begins the game. Which immediately caused concern with the Volksarmee being all bunched up, but luckily no attacks were made in the defenders first turn.

The Ghurkas advanced into the building overlooking the objective, supported by MRV's with the Leopards rushing from the back lines to catch up.

Infantry broke cover from the northern woods to take up positions in the building covering the car park area, to screen the anti-aircraft units positioned in the woods. 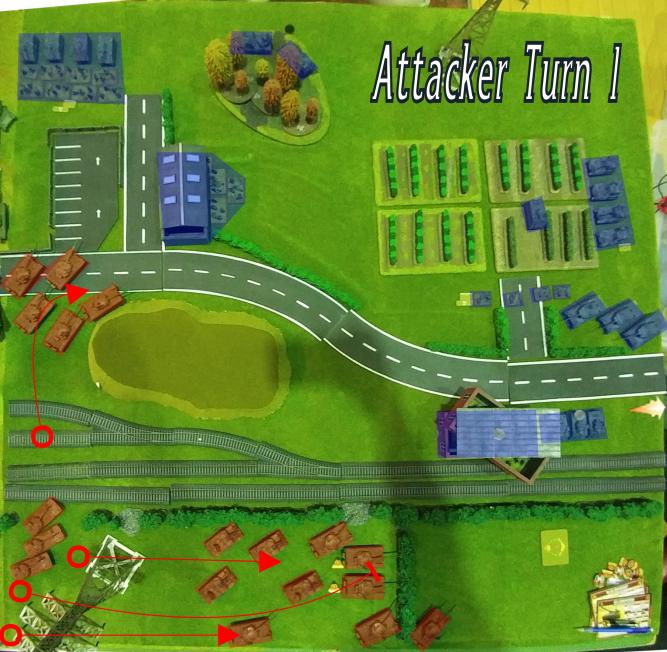 Under immediate pressure, the Volksarmee advanced a unit of T-72M's north, with the intention of taking out the infantry and rolling into the anti-aircraft then romping through the back lines.

A unit of T-72M's moved towards the objective, but ran into problems moving through the brush, leaving 2 tanks stuck.

The Shilkas supported the advancing T-72's, with the intention of tackling the Ghurkas hunkered down in the building. If they could be broken then I was confident the T-72M's with HQ could handle the Leopards and MRV's.

Overhead, the Frogfoot air support arrived, doing a run on the MRV's. However one plane was taken down by sheer volume of anti-aircraft fire, with the remaining plane only managing to bail an MRV. After this, the remaining jet decides the amount of anti-aircraft is overwhelming and disengages from the field. 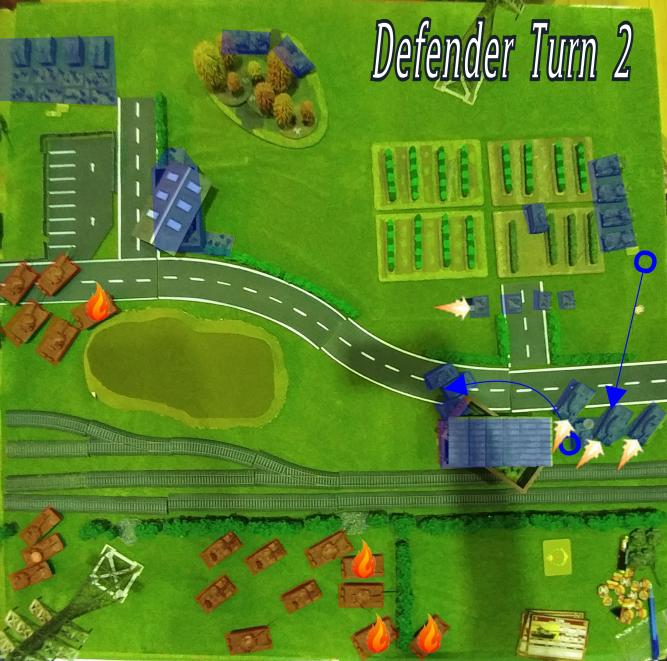 Finding themselves with targets busy with the flora, the Leopards push forward and engage the advancing T-72M's, knocking out 3 of the tanks with excellently placed shots.

With the Leopards in their firing position, the MRV's relocate behind the Ghurka held building to help cover the centre of the field.

The Milan teams take advantage of an positioning error by the T-72M's advancing up the flank, and make them pay for it by knocking out of the tanks.

The Abbots begin their bombardments, aiming for the Carnations in the backfield. However on this occassion, luck was not on their side and couldn't get a decent pinpoint on the Carnation's position. 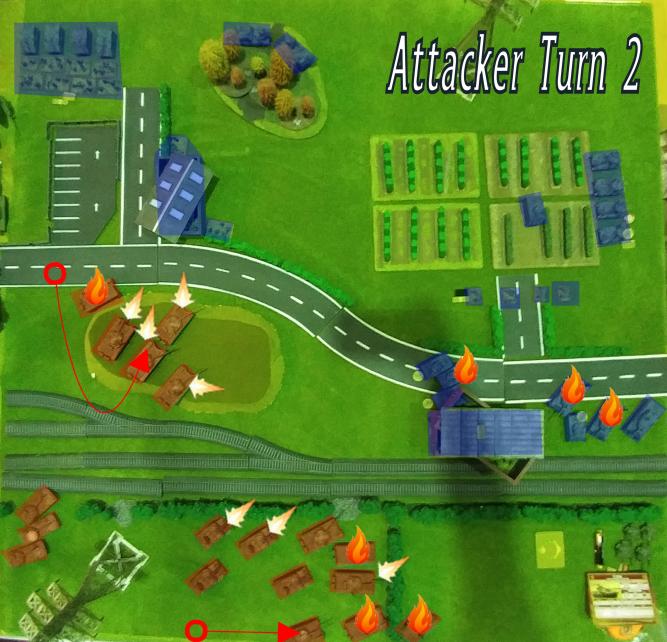 Perhaps being a bit greedy, the T-72M's on the left flank see a chance to help focus down the Leopards and the nearby infantry in the building and take up positions on the nearby hill. Machine guns from 3 tanks fail to get any results on the infantry, but a good shot from a main gun takes out one of the Leopards.

Bouyed by their compatriots' shooting, the T-72M's that came under heavy fire from the Leopards in the previous turn got payback, taking out one of the vehicles.

The Shilkas decide the Ghurkas are a bit too heavily dug in and open fire on the MRV's that popped their hulls around the corner, with good results of one kill and two bailed results. 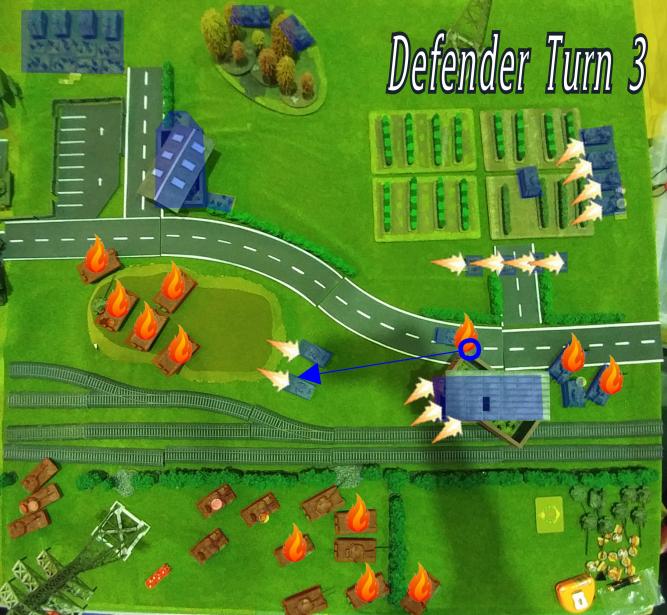 A silver lining for the Volksarmee, as the remaining Leopard crew decide discretion is the better part of valour and disengage from the field, leaving the Ghurkas in the building.

The Ghurkas reveal themselves and open fire on the Shilkas, managing to take out one of the vehicles and bailing another two, leaving a single operational vehicle.

The MRV's advanced towards the flank unit of T-72M's and engages them, resulting in a single kill on tanks in plain sight.

The dug-in Milan teams see the easy targets on the hill and finish off the unit with a salvo.

The Abbots decide to keep bombarding the location reported of the Carnations, and are rewarded with a single bailed unit. 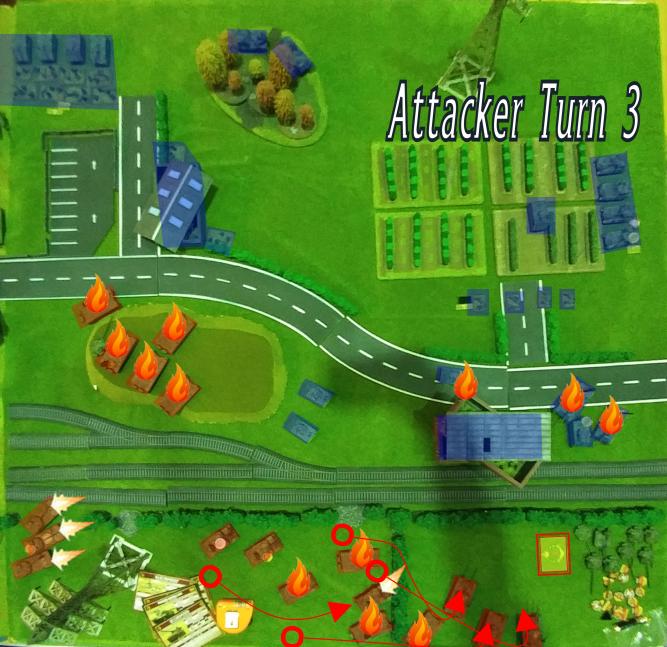 Sensing a (some would say very) slim chance to push for a win, the remaining T-72M's on the south, accompanied by the HQ make a rush for the objective, forsaking any firing to make sure they enter range to claim the objective. We'd just need to hope to weather the storm the Ghurkas would be sure to bring.

The remaining operational Shilka (two still bailed) moves up behind the rush to pepper the Ghurka-held building with shots, with no positive results.

Trying to aid the Shilka with the attack on the Ghurkas, the Carnations bombarded the building however they couldn't get a decent firing solution and the shots went wide of the mark. 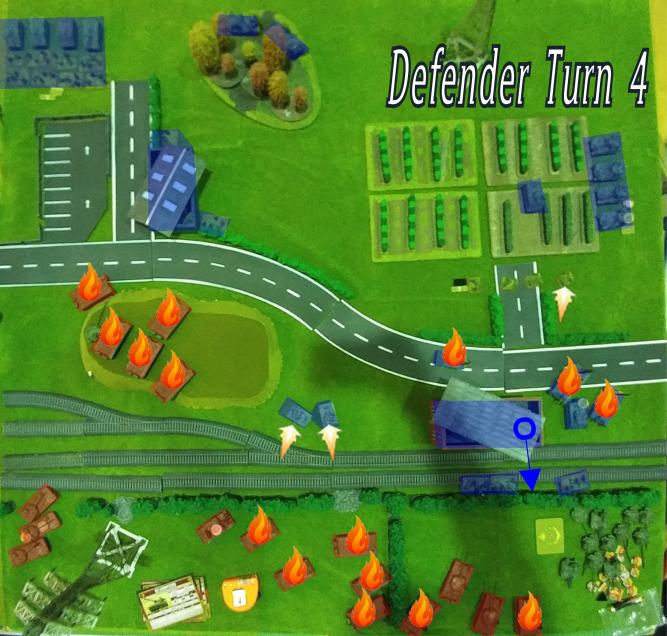 Having their hand forced, the Ghurkas confidently break cover of the building to send a small token number to contest the objective, making sure to stay in cover.

The dug-in Milan teams manage to spot a single T-72M peeking around the Ghurka building and are rewarded with a kill on the unit.

With the left flank thrust collapsed, the MRV's turn their attention on the Shilkas, resulting in two confirmed kills. 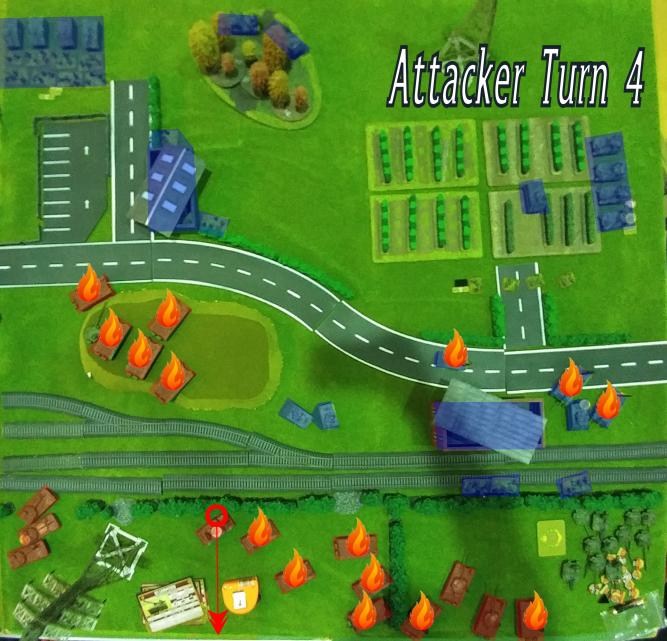 With a morale check failed by the Shilkas (and resulting rout), the formation is broken and the remaining WP assets leave the field of battle under fire. 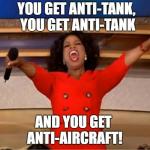 Geezo, that was a gubbing.

A disclaimer of sorts is needed - I am very much new to Team Yankee, this being my second game ever.
Similarly, I have zero knowledge of modern warfare and what their capabilities are in the grand scheme of things.
I have some experience with Late War V3 & V4, but what caught me out completely in this era is how well-equipped so many units are, notably the sheer amount of anti-tank stuff there is.

It's a very different beast compared to the games of LW3 and LW4.

I'm pretty sure I chose the best table edge for the scenario, the appeal of an advance fully behind cover was too much to resist. The deployment was very restrictive in terms of area, I was almost getting the car-park appearance with the vehicles all lined up.

One thing we did get wrong, but was picked up before the game began, was that the defender (in this case the ANZAC forces) went first. I was very thankful for the fact that no bombardments could happen in the first turn, given the tightly packed deployment.

The Leopards, I didn't realise were very much glass cannons, as the T-72M's that managed to land shots just went straight to firepower tests. I was glad when they failed their morale check and retreated, but that still left a large threat in the shape of the Milans and Ghurkas.

Not sure what else I could have done with the 'flank' force of T-72M's that went north, I could have rolled them towards the objective as well but arty is always a concern of mine. I know for sure I shouldn't have placed them on top of the hill, in plain sight of so many Milans and the little MRV's.

Future lists I may not take air support, this opposing force in particular had a ridiculous amount of anti-aircraft, pretty much all of which could hit every point on the board.

But, onwards and upwards for the glory of the Hoff.