Objectives where set as overpass, rail-link and industrial areas.
American Pattons quickly advanced under the overpass and set up defensive position, the Abrams advanced into village but took an early casualty due to a lucky shot from a Polish T72.
On their right flank the Polish Bmp’s had advanced well into the factory areas while the American transports were pinned down by Artillery fire and one M113 bogged down on a wall.
Then the Warsaw Pact luck ran out, with their air support failing to materialise, 2 Cobras taking out a T72 each and the Polish AA ineffective, the American tanks and air power started to take their toll.
The Polish Mech Platoons did well in the industrial area, but the Abrams swept around the left flank to the rail link causing more casualties among the T72s and the Pattons proved far too strong in a slogging match with the other T72 platoon.
The Polish forces passed all moral checks right up to the end but were well beaten.
Well done to Simon, his first victory, failure of the air support was a major setback.
The MIG21’s use tornado stats as the two aircraft were similar during the 1980’s ( yes I know the tornado was better! Lol) 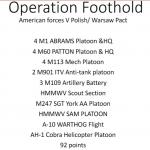 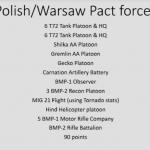 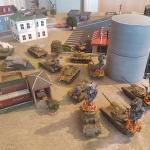 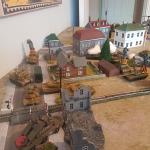 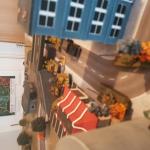 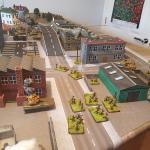 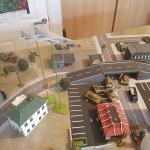 No one has recommended Hawkmoon for commendation. Log in to be the first.