Darrius was running the West Germans as proxy Australians, with correct figures overall although some are awaiting painting.

Turn 1 started with the two BMP units on table, the T64’s, Shilkas and BRDM2’s with the BRDM2’s moving up the centre to spearhead the unit forward. I got aggressive with the nine BMP2 unit up the right flank and all the rest of the infantry (with one unit of BMP2 infantry still mounted) went up the centre.
Couldn’t seem to hit a thing.

Darrius revealed his ambush of Leopards and killed two BMP’s. He was much more lucky with his Leopards killing three of my Shilkas while the last one ran away. Some shots at my spearheading larger infantry group only seemed to annoy them.

Turn 2, I sent in the BMP2’s and toasted the Leopards with side shots from the 30mm cannons. The T64’s were frantically searching for a target and fired upon the unit commander for the Leopards, bailing him. On the other flank, BMP2 spandrels took down some Leopards.

The game then descended into a furball, with infantry fighting infantry in the centre and leopards falling appart as they got clobbered by missiles. It was a mess with me losing the BMP2s in the larger unit when the infantry unit ran in the centre, formation commander dying in a hail of MG3 shots. The T64’s proved unstoppable and cleaned up the infantry guarding the objective. Tough fight with Darrius losing almost everything due to the T64’s refusing to die. It helped moving inside close range for the Milans. 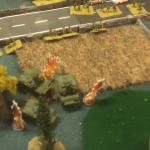 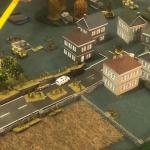 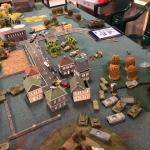 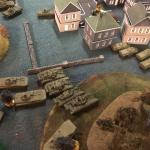 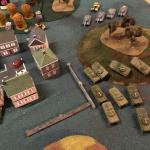 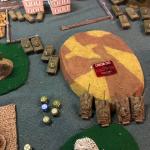 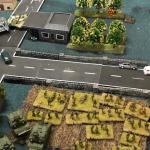 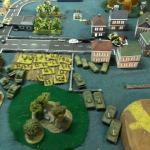 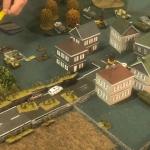 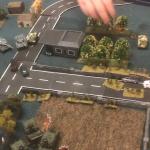 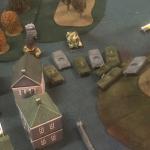 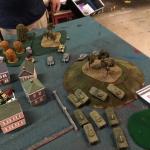 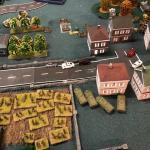