My game again Alex was the first round in the Victorian Team Yankee competition held at the Conquest gaming convention in Melbourne Australia over the Easter holiday long weekend. Unfortunately there were only three WarPac players entered into the competition, and my first round match up against Alex was a fellow US player who was also running a very similar US ACAV army.

The mission chosen was Dust Up using the More Missions mission selector. I chose to have both my M1IP tank platoons on table while Alex chose to take only single a platoon of tanks along with a M113 motar platoon & a scout platoon on table – leaving a strong tank platoon in reserve with his Scout Platoons to exploit a breakthrough when deployed closer to the objectives.

With the numerical advantage of tanks on table I blitzed & dashed towards the objectives in turn 1 leaving my objectives undefended & exposed to potential reserves coming on in latter turns. My plan was to risk my undefended objectives and push hard early in the game while I had the numbers.
Turn 2 we exchanged mid range fire before closing to a close range dog fight in turn three – both of us jockeying for side shots as we danced around the objective. Neither of us received reserves and soon the close to 2 to 1 numerical advantage I had in M1IP Abrams tanks finally took its toll leaving me uncontested on the objective surrounded by his burning wrecks 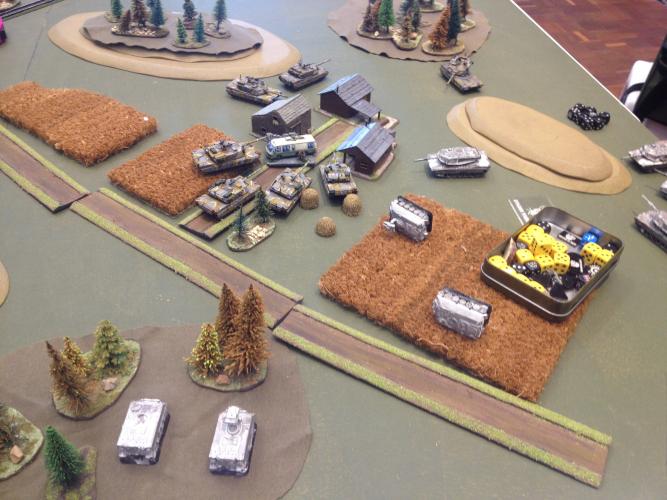 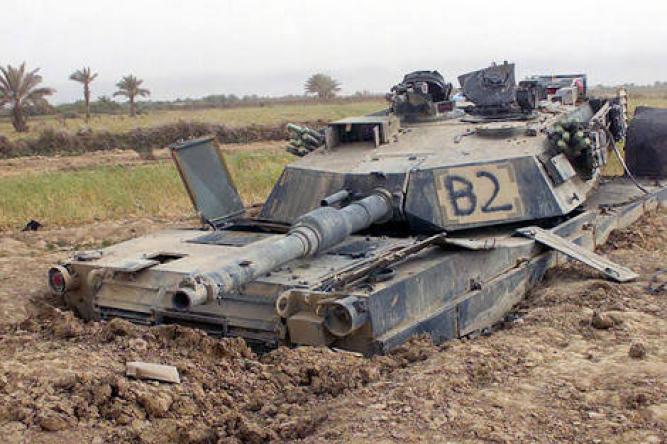