Soviet Motor Rifle Vs US Marines

The Marines rolled in as the attacking force this mission, however the Soviet commander used his superior numbers to put the Marines of the defensive. With a BMP-2 scout section leading the way a Motor Rifle company attacked Marine positions on the WARPAC left(Marine Right) This sector was the focus of the action through out the day as the BMPs destroyed the Cobras and inflicted heavy losses on the US Humvee sections holding the center from their positions around the town. In the center another BMP Motor Rifle company came off the winner in a dual against a rifle platoon holding the objective and the M60s sent to support them. On the WARPAC right(Marine left) US air assets made multiple attempts to drive off or destroy the Soviet Hind squadron , but had no success. Eventually the Marines where forced to withdraw leaving the Soviet’s in possession of the field. 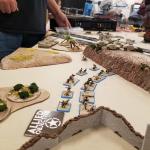 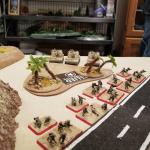 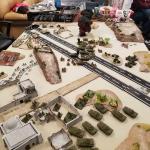 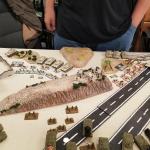 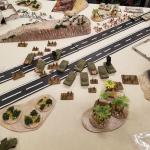 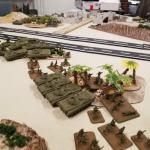 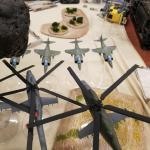 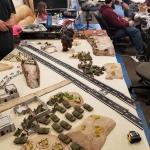