Man what a week, Jed came down with pneumonia, and I had an infection I had to deal with, but we did get a quick game in. 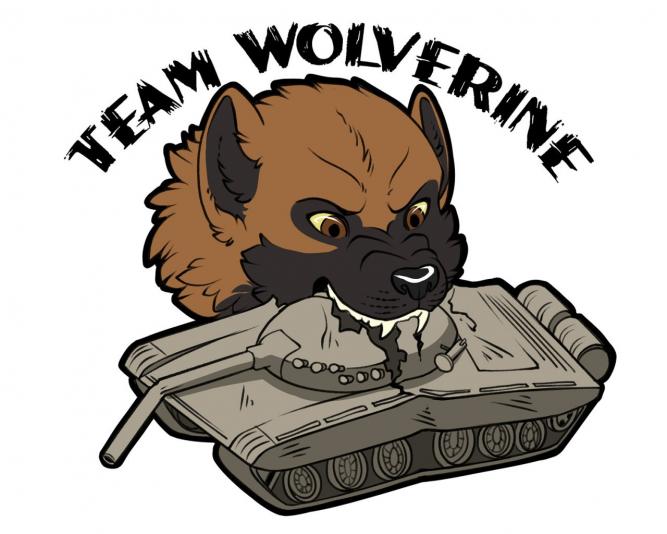 Game was a hold the line style mission. I had just finished painting my T-72s and most of my Pattons so I figured a horde fight was in order. The Soviets had extra reinforcements who would arrive on a 5+ after turn three. I had to hold till turn 6, I was supported by off board artillery. The Soviets were taking to the field with 16 T-72s and reinforcements would arrive 4 at a time. I had an 113 scout squadron, with 8 humvees, three Sheridan light tanks, as well as 16 Pattons led by Captain Hightower. I have no reinforcements as we are holding off Ivans counter attack into the HoF and we need to buy the army time to gather supplies before our big push into Leipzig 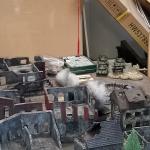 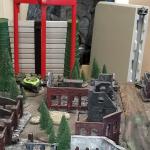 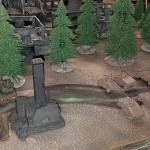 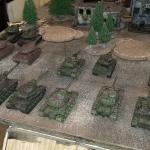 This is a continuation of our last game so we opted to leave the burning wrecks of the Bmps on the table.

The Russians kicked things off and began their advance, Weight of numbers were there and I had to hope I could kill as many as I could and hold. 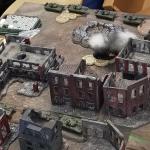 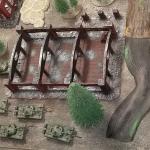 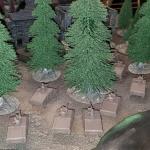 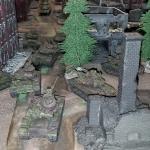 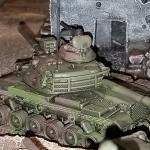 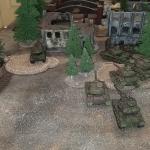 Pattons scrambled for cover while a massive roar of cannons came from the main road, three burning 72s were left from the first volley, the scouts and humvees HK teams began to prepare for a flanking maneuver while the Sheridan tanks took up an over watch position and fired their AT rockets, hitting one 72, 1 squad down. The Soviet counter fire was equally murderous and I lost three Pattons on the left side of the table while the lead Patton on the road bailed out of his tank. We agreed that each turn I call in arty, it would arrive on the following turn before movement occurred. First salvo was fired, and I began a rolling bombardment 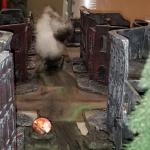 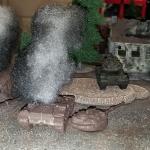 About to drop the hammer and dispense some indiscriminate justice 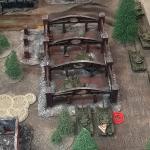 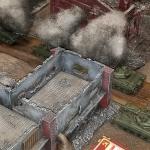 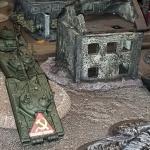 Two 72s got bogged down while Jed advances the remaining tanks. He failed to realize that the arty template was big in this game and 6 more tanks were destroyed, the remaining two fleeing from the table

Lead Patton brewed up and was KIA

Meanwhile the 72s on my right flank opened up on the humvees, destroying one outright. 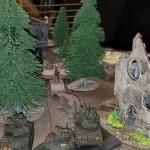 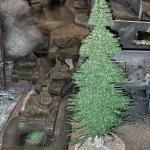 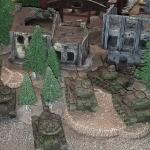 I advanced to the road and opted to hold the halfway point with my remaining Pattons. The humvees and Sheridan tanks scrambled for the right flank while my scouts remained hidden and waiting for the right time to strike

6 dragons fired and 2 hit, however the shots were bounced to the lead tanks and the remaining tanks passed their morale check... damn

Turn three and my arty marker was placed, Jed rolled his reinforcements and got a 6, another 4 tanks arrived, and were subsequently destroyed by the rolling bombardment as it hit. It was at this point we opted to call it as Jed was feeling poorly by this point. Next game on Wednesday

Wow what a game. The lack of two shots per tank and missing the rangefinder really left me wishing I had access to those. But it was a learning experience, the humvees still have yet to do much. I hope in the next game I have a better chance to utilize them fully instead of as a speed bump.