I have great news of another successful Soviet action in the campaign. At D6 games in Rochester MN, we had a 3 round team yankee event where all the matches were campaign games.

Round 1, we found ourselves in the Niederbayern section, getting ready for an early morning surprise attack. 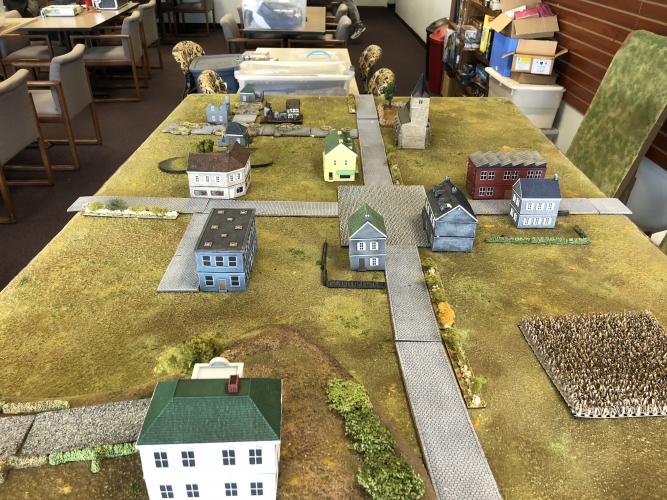 Initial recon of the area.

NATO forces were situation on the right hand side of the recon photo. They were composed mostly of Luchs, Leopard 2s, Leopard 1 HQ, and a nasty ol rocket battery as only the West Germans can do.

The Leopards 2 were opposite of our own tank forces. We wanted them to commit first and then we would strike hard to counter attack.

The Leopard 1 HQ, and Rocket battery were on my left flank across from our small infantry company. If we wanted we could probably successfully push on that side as well.

Under cover of darkness, the BMP2s and medium company pushed forward as quickly as they could. Sensing that was where the attack was coming the West Germans brought over their 2 Luchs to cover the objective. Likewise the Leopard 2s also were drawn to that flank, taking out a single, BMP2.

As dawn broke, the infantry and BMP2s were on the objective. A barrage of rocket battery fire came down on them but they stood fast. A luchs was blown up and the second bailed out. Sensing a quick victory was at hand the Leopard2 hit the gas to get onto and defend the objective.

Sensing the situation the T64s moved up, taking one Leopard 2 out, and then another. Unfortunately the first set of West German reinforcements arrived, more Leopard 2s. They moved to also secure the objective.

With the BMP2s and the Leopard 2s at close range, no BMP2 missile fire but, flank shots from the BMP2 cannons saved the day as the Leopards turned to face the T-64s, allowing the BMP2s to have their opportunity to carry the day. 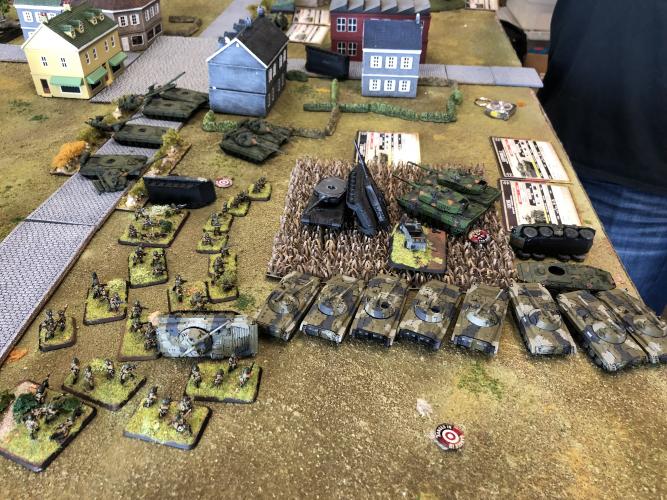 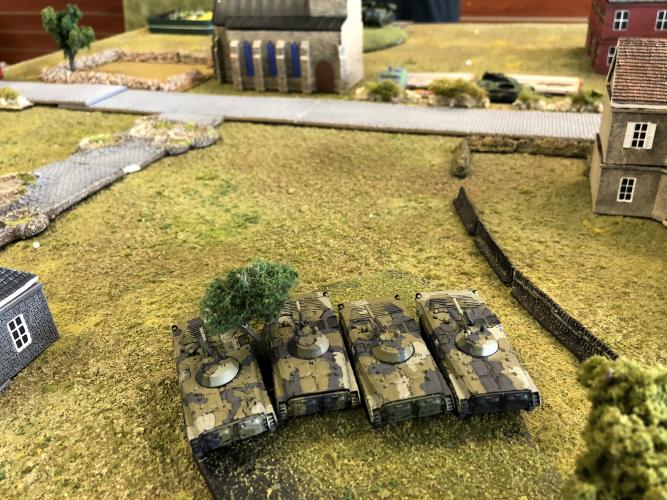 As an opportunity presents itself .... The Leopard 1 HQ moves in to take advantage of the T64 flanks as their attention is elsewhere. This Leopard I would take out 2 T64s and then .... 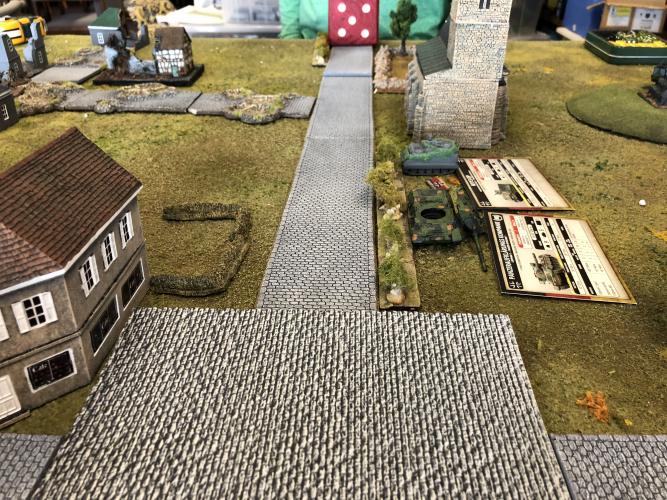