Something is wrong with our equipment!

Today’s mission brings us to Hanover where our 75pt Russian force Contacted the British defense. High Command indicated we were to mass our attack for a predawn action. We were to expect stiff British resistance and to expect a tough fight. 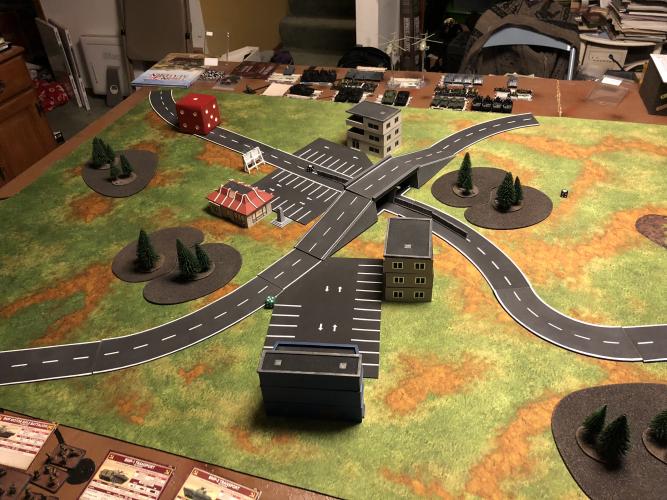 Recon photo from the night before. All is quiet....

Given our Russian forces were not fully available, I deployed with a small BMP1 company on my Right flank. Earlier recon indicated that British forces were just on the other side of the highway. Our forces dug in, instructed to hold the area .

On the left flank we amassed our attack. A medium BMP-2 company, 6-T64 tanks and the Motor HQ. In reserve we had a company of 3 Storms, 2 BRDMs, 4 Gophers, and a 3 gun battery of Acacias including the latest in Russian Krasnopol ammunition.

Under cover of darkness we push for our objective, an area with a restaurant and apartments near by. High command indicated this would secure the road.

Long range film cameras were able to record most of the fight.

With bad luck not seen since unfortunate occurrence when Yuri Morozov could not come up with the answer Lenin on Что? Где? Когда? where in his wife might have hastened his untimely demise, the attack did not go as planned.

When dawn broken, British attack helicopters were successfully intercepted by our Gophers and promptly shot down denying any British air cover.

While the Russian infantry bravely tried to assault the objective, with the help of BMPs-2 and BMP-1s, it was not enough given the concentration of British Chieftains, infantry, and 432s in support. While we did cause them to lose 3 platoons overall the size of their force was too much.

Ultimately by turn ~6/7 the film crew was advised to flee else they might be captured. Our forces valiantly covered their redeployment. 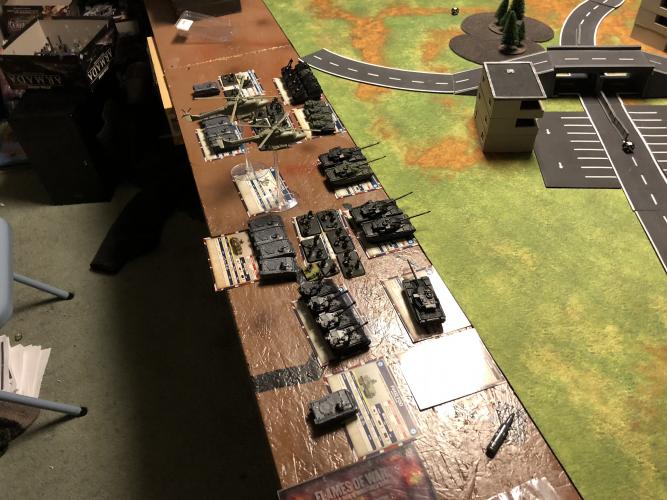 Agents were able to obtain a clear look at the British forces before their deployment. 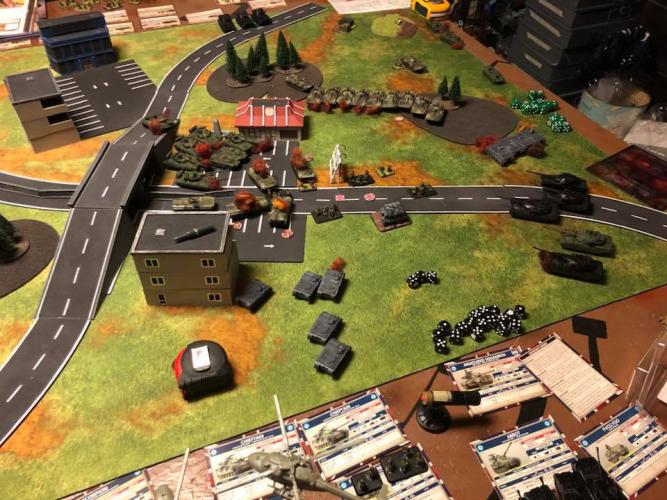 A captured NATO press photo of the regrettable number of wrecks at the end of the battle. We must counter with appropriate propaganda!