2 T-72 companies with a half battery of Carnations attempted to push through West German forces in the Hof Gap. Though this was a German Reserve force (based on the number of Leopard 1s)

Initial engagement was able to take out some Leos and Jaguars but the Soviets were not able to close on the Objectives. Artillery was able to score some hits and provide some suppression of the dismounted Panzergrenadiers.

When the T-72s could hit they were effective, key word when. The Germans tried and end around to take out the Carnations, but empty Marders do not fare well to 122mm direct fire.

NOTE: My assistant from Pravda was too busy keeping his head down to take may pictures. More/Better pictures on the Linked report. 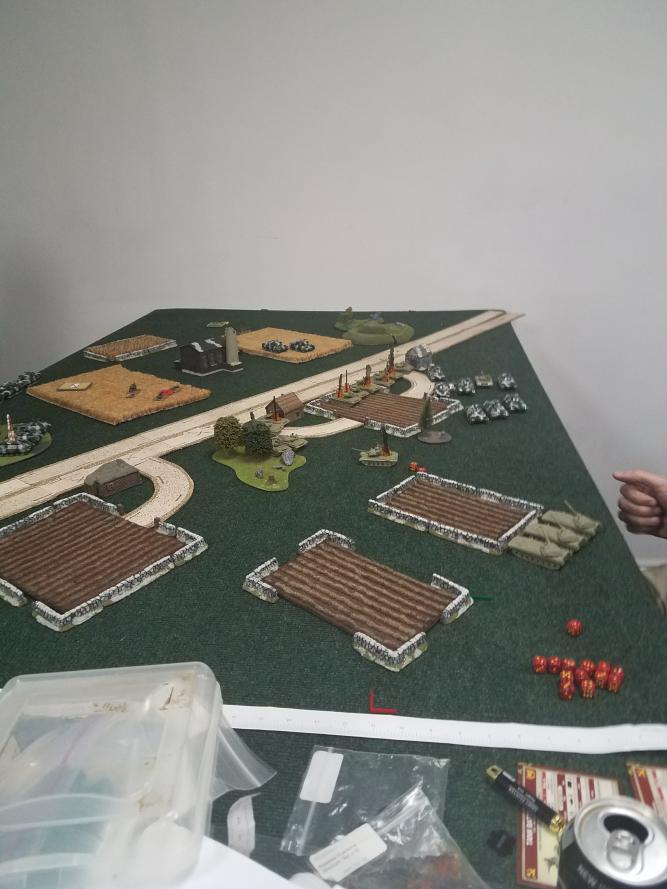 T72s in their normal state: Burning