Recon secured the bridge unfortunately I forgot to take advantage of it.

We advanced quickly on turn 1. Securing the eastern bank of the river. Then American air support in the form of 4 cobras appeared. Our offensive hesitated after till Our AA units struck back at the Cobras that were firing on our motor infantry. Once the Co rad were down American armor slowed our attack as our armor units played cat and mouse to little effect. As our BMP’s remembered they were amphibious and crossed into the town clearing it of American units as darkness fell. Although the issue was still in doubt our slight edge and our bridgehead across the river will allow us to crush the Americans in the morning. 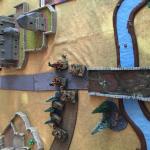 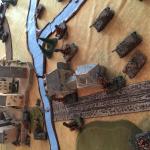 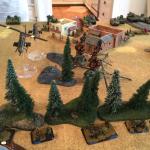 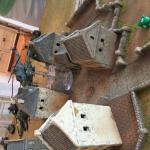 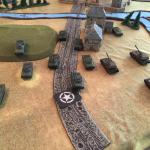 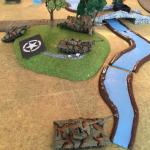 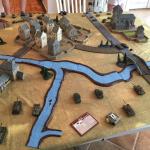