Wall in the Ruhr

The battle started off well. We layed smoke to cover the BMP assult. Forced a unit of british Rats out of their holes and brought on reinforcements on our left to clear the way to flank the enemy.

Using Artillary, T64’s And agressive fire we pinned all the British scum and launched a fevered assault. The British defensive fire took killed 100% of the assaulting troops.

After a dual between British Infantry and our armor units There was nothig left of our 9 T-64 and 11 BMP’s but scrap metal.

I believe our Mutitions have been sabatoged. We will resupply and assault again in the near future. 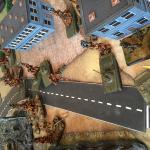 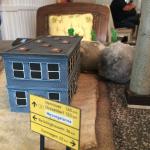 1 Person Has Recommended Comrade Sealanov For a Commendation