NATO were pushing hard in Leipzig and Command had ordered the bridges over the Saale-Leipzig Kanal secured.
The once quiet town of Schonau was now thrust in the horrors of war.
This is a modified version of the Quick Mission “Seize the Bridge”. 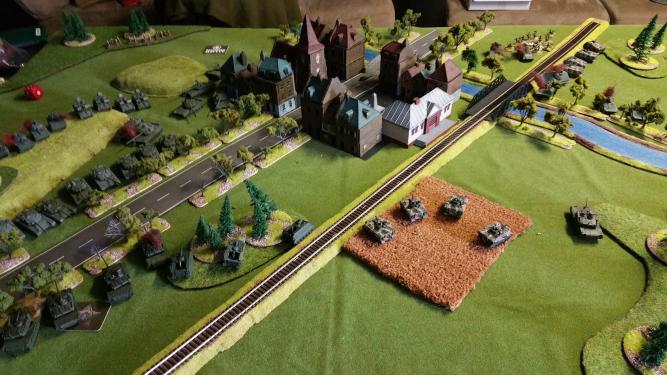 NATO forces started strong and surged forward. Soviet forces answered with their own advance. Shots were exchanged and the wreckage of war mounted. 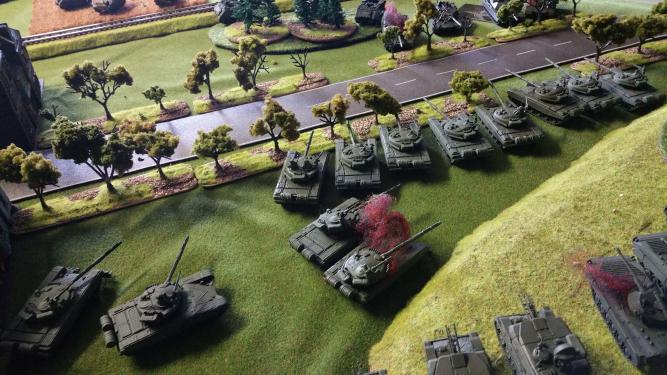 The valiant soviet forces surged forward destroying the capitalist pigs where they could; however the cowards hid behind cover refusing to show themselves. 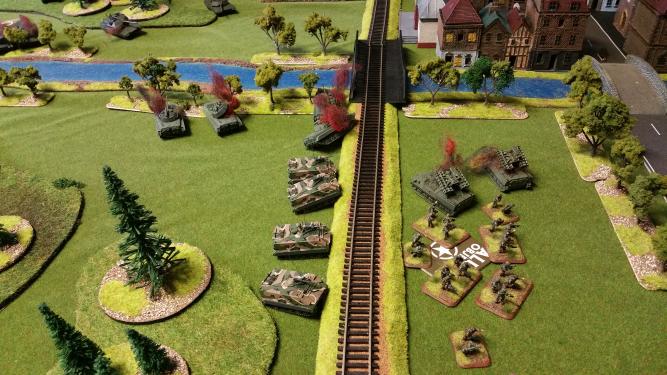 However the coward in charge of securing our left flank failed to secure his position and was over run by the capitalist pig reinforcements. He was summary executed for his failures and the KGB are investigating his family.

Apologies for the lack of pictures. This was a hotly contested game and pictures were forgotten about till the end.
Game Summary:
NATO surged forward on his right flank but was counted by the BMPs that were in the tree line on the Soviet side of the river.
At the same time the Soviet main effort was to capture an objective on the other side of the village.
NATO player defended that objective very well by use of cover and maneuver. This turned into a meat grinder for the Soviets. I got caught up in taking the objective and stripped the forces I had defending the bridges.
That's when the NATO forces brought on their reinforcements from the flank and rolled over the forces I had there.