Ordered by High Command the 18th Guards Motor Rifle Regiment sent a Tank Battalion supported by a BTR Battalion to Leipzig to stop the NATO advance. They took up position along the Route 87 in vicinity of Altranstadt. The Motorised troops occupied a small township while the tanks secured the woods to the north. The enemy were sighted just before last light and the tanks and artillery engaged them destroying several vehicles. However after a valiant effort by the tanks that were destroyed the position became untenable and as darkness fell the surviving troops withdrew. 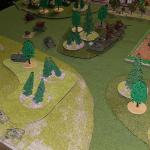 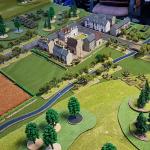 1 Person Has Recommended Colonel Ivon-a-drinksky For a Commendation