Night Of The Long TOWs 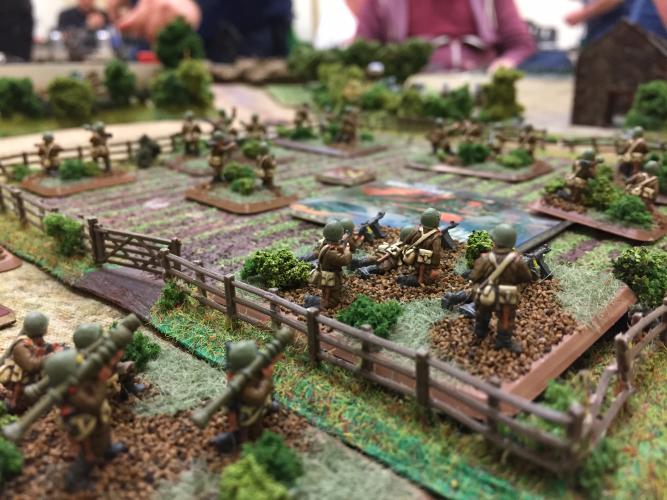 Soviet Infantry dug in on the objective

ENEMY FORCES
Comrade General, the exact composition of the enemy force is unknown. What we do know from the various radio reports we received was that it appears to be Mechanised Infantry, including light wheeled vehicles equipped with anti-tank missiles, supported by M-60 MBTs and attack helicopters. Of note is that this is the first experience of the M-60 that has been reported by this Regiment. 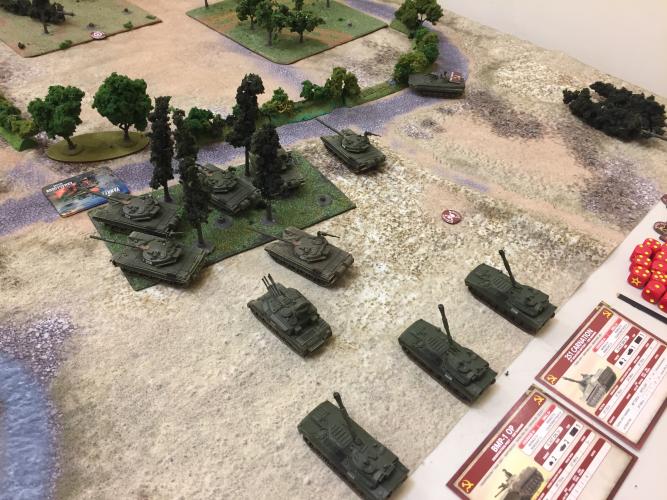 ACTION SUMMARY
The T-72 Bn had been withdrawn from the FEBA in W Germany to replace combat losses. Following the NATO attack into Leipzig the Bn had been deployed in what strength it had to a defensive position south of Hohenmolsen. If attacked the Bn orders were to delay the NATO force and conduct a withdrawal.
It appears that the Bn was engaged by a numerically superior US force in the hours before dawn this morning. Comrade General, it seems NATO was able to fully exploit their technological edge with night vision equipment in this engagement. The Cobra helicopters were able to destroy one T-72 Company in their defensive position. They did, however, suffer losses to the ZSU-23-4 and SA-14 air defence teams. Comrade General, also of note is the valiant sacrifice of a ZSU-23-4 crew who turned their guns onto a troop of US wheeled vehicles before they themselves were destroyed by US tanks.
The Mi-24 crews have reported destroying US vehicles including M113 variants but failed to achieve an opportunity to attack the Mech Inf force with a salvo rocket attack. Two out of the four Hinds were lost as they gave air support to our ground forces.
The artillery was ordered to withdraw and the Battery commander has given as much information as he is able. It would seem that the right flank was destroyed, the US infantry were overrunning our infantry and the M-60s were securing the left flank. Comrade General, it pains me to note that the second T-72 Company who conducted a local counterattack from ambush failed to destroy any US forces.
At this time we must assume that the Americans remain at Hohenmolsen in force and that the T-72 Bn is either destroyed or captured.

COMMENT - This was my first game with a new group and so I wasn't sure if they would appreciate my note taking and photo snapping for this report, hence the somewhat light narrative. My opponent did keep notes and will publish his side in due course. It was a fun game despite the result and some poor dice rolling! 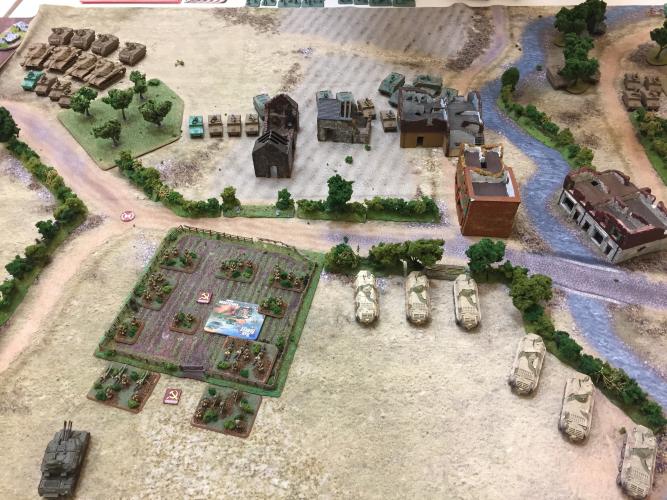 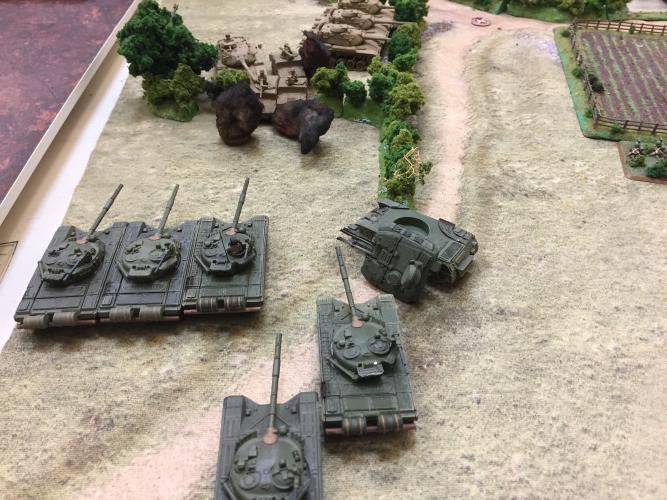 T-72 counterattack and heroic fallen Shilka. The T-72s fail to hit anything. The Company commander will receive a '9mm court martial'