The battle has been raging around the European countryside for some time. Reaching Frankfurt was one of the serious pushes the central planning committee had marked as a key objective of this Zapad push.

We deployed half out forces for both armies. I decided to bring the Battalions latest gift to Alexei, The Acacias 6 of them! with krasnapol projectiles. In additions I had 7 T-72MS from our German brothers who decided to come along for the hunt. Detailed recon had not be done in the area and the moment we were in range of seeing the suburbs of Frankfurt, a shot rang out, whether accidental or intentional, Alexei knew the Enemy commander would have to commit to a battle now or cede the entire area. The crack of the rifle was distinctively that of a G3 rifle. It was good odds, the commander of this sector was a West German. If Alexei had learnt anything about the West Germans, it was that they didn’t cede ground. Alexei Jumped onto his coms and gave orders to prepare for a counterattack. motor rifles are to dismount and prepare for an assault in open formation. T-72Ms in the other sectors to the west had to reroute back to assist. FV432s are spotted implying British involvement (Opponent had British allies)

Turn 1
Without a full force on the Table, The T-64s lept into action and moved forward but stayed out of range of the Milans. Knowing that a German force is never without Leopards be they the earlier or more scary updated version.

Krasnapols took pot shots at dug in infantry across the board and didn’t manage to do much. The infantry dismounted into the woods and the Left flank T-64s and T-72Ms advanced with caution.

Defender stays still but Gepards come on board with a successful blitz giving them just enough distance to hit the T-72Ms in the side. with saves, I still lose 2 tanks.

Turn 2
The leopards decide to pop their camo and reveal their position. Killing almost the entire left flank and the Gepards wiping out a few more. left with only a commander tank fending off the gepards.

The Soviets drop more krasnapols slowly whittling down the infantry on one objective. BMPs fire missiles back at the Leopard 1s and kill 2. He passes morale. The 2 milans of the infantry squads are dead. infantry advance from the woods and start to move towards the objectives.

Turn 3
British FV432s move forward to spray the soviet infantry with bullets. The Leopard 2s earn themselves a medal by rushing into the centre of the board and firing straight down at my Right flank T-64s. He killed all three with four hits long range. Alexei’s luck just wasn’t with him today.

Turn 4
The soviet infantry move forward and wipe out the remaining Fv432s in their way with RPGs. Artillery bombardments keep hitting away at them slowly taking teams down. I move my IC to the top of a hill and the last T-72Ms hit the table on reserves, I pass a blitz to get an extra 4 inches and and manage to get the Leopards now in the open to take shots from both the front and the rear, the storms hit the table too and with a blitz on can fire at the Leo2s. I do a full round of shooting to take these monsters out and only manage to kill one and bail two. He passes morale and then proceed to remount both tanks.

As the soviet player and the 2 Leos still running around at full strength, the remaining gepards and Leo2s wiped up my last 2 T-72Ms. My CINC and the motor rifle had to break through the lines but failed to unpin. I conceded the game and decided to fight another day.

Conclusion, haaing 6 krasnapols may have been to much. Not bringing the combined arms of air power or more Vehicles to wipe out his FV432s proved pretty fatal. 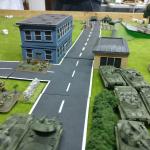 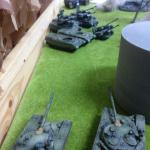 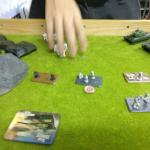 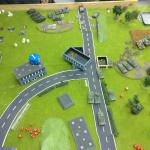 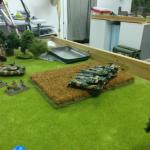 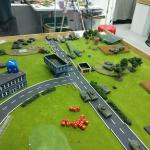 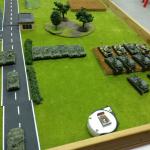 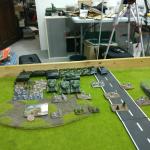 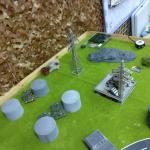 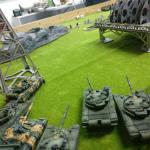