Today, Alexei decided to attempt to break through the stalemate yet again. The fights going on have been causing the lines to blur continously. He knew that the US army had recently taken an intersection in front of Alexei's units.

At The crack of dawn, The battalion moved out. With the plethora of Thermal Imaging that the US had, Alexei knew he would have to win the fight in the day or face a massacre at night.

As the Column moved close to the area of Operations, Alexei got his East German comrades to hold the eastern flank and stay out of minefields that littered the entire area. His motor Rifles would advance on foot through building that scouts had found not to be mined. While probing the area, severla T-72Ms were lit up by laser guided projectiles.

My T-64's being on the other hill away from the Observer decided to line up against the Infantry while staying out of LOS of the observer and avoid the Copperheads. T-64 armour has little to nothing to fear from Us Dragons 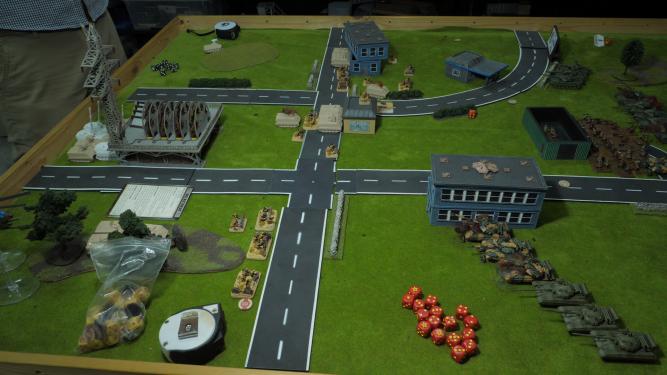 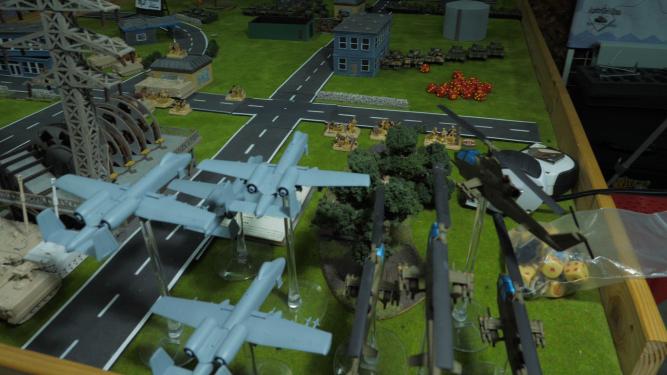 BRRRRRRRRRRRT (although he actually used mavericks in this case)

With a Thunderous explosion, 3 of my T-64s gets wrecked by a single pass of A-10s and their maverick missiles. AT 27 doesn't give me alot of wiggle room and since i cant roll 11 on a 1d6, that popped two of my T-64s.

Watch the video and see the airstrike! My opponent requested the song for his A-10s

The Last bit of the battle had me stretching out to reach the objective. I had assaulted the infantry holding the woods objective and failed to do any wounds, He fell back since he can't hurt my MBTs. We both knew that if the A10s made it in again, I might lose. He threw all his ITVs onto the objective to try and stop me. 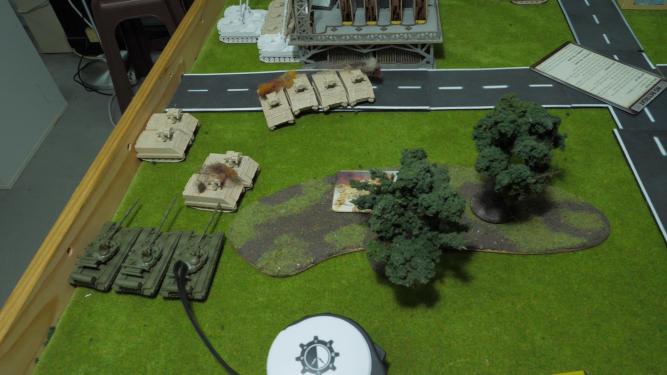 having getting everyone within 4 inches dead, I manage to grab victory before those A-10s came back on to finish up my armour