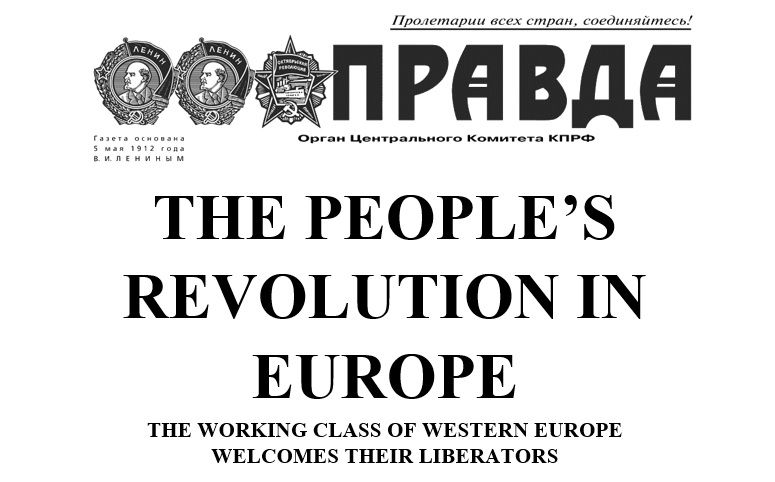 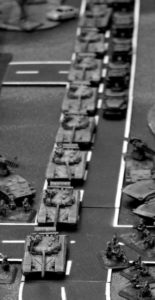 Denmark Denies the NATO Ultimatum
Ilya Semionov reports for TASS from Denmark – As the brave soldiers of the Armed Forces of the Union of Soviet Socialist Republics move the majority of their forces to fight the capitalist aggression into the German Democratic Republic the new president of the Democratic Republic of Denmark, Jørgen Jensen has rejected the demands of the White House. The US president Ronald Reagan had announced a new “peaceful initiative” concerning Denmark and demanded a change to the political system that our forces helped the workers of Denmark to establish. At the press-conference president, Reagan proclaimed that supporting the counter-revolutionary groups in Denmark financed by the CIA he calls for ceasefire and start of the new elections. Obviously, under American control.
Jørgen Jensen stated: “For us, that is not a peace initiative. That is rather an ultimatum and an incitement to a counter-revolutionary riot. The so-called peaceful solution has nothing to do with peace. It is just another war escalation attempt and propaganda show”. 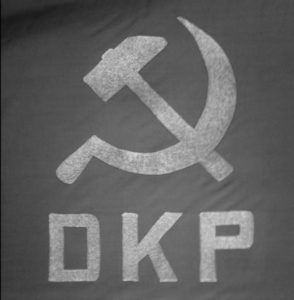 As you know, Danmarks Kommunistiske Parti formed a new government as Denmark was liberated from the capitalist yoke by the valiant soldiers of the Soviet Army. The people of the country freed themselves from the shackles of monarchy, bankers, and industrialists, and proclaimed the Democratic Republic under the slogan: “Med Sovjetunionen for evigt“ – “With the Soviet Union Forever“. Despite the acts of counter-revolutionary sabotage and espionage organized by the NATO agents, the situation in the country remains stable. A testimony to the will of the Danish People to join the Marx – Leninist cause!

Reports of infighting among the NATO forces 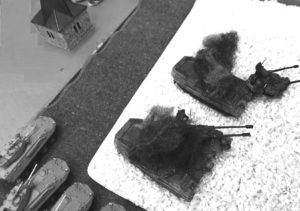 US LAV tanks sneaking up on and destroying West German AA vehicles that were reisisting the further occupation of Germany by the Americans.

Pravda has reliable reports that fighting between the various NATO forces. This was to be expected in an ongoing war. Unlike the Soviet countries, the capitalist nations of NATO share no common goals but are led by tyrants and oppressive states that think only of their own greed and self-interest. This appears to have led to several battles between the national armies of NATO. NATO denies this and says these “Blue on blue” battles are only training exercises. That is a clear lie, for who wastes such military resources in a time of conflict. The important question is whether the cause of this fighting is due to the greed of the capitalist system or more likely the uprising of the soldiers themselves who long to join their brothers of the Soviet proletariat and the peace and equality for all men that we strive for. 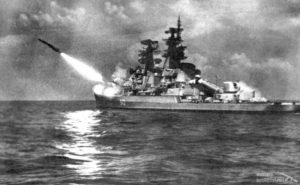 The large explosion in NATO port
General-Polkovnik Bayankhan issued a statement for Stavka: At 0700 local time, a large detonation occurred in Cuxhaven Seehaven. The explosion was of such a magnitude that windows were broken in Friedrichshall, 15 kilometers distant. Units protecting the coast of Holstein have the area under surveillance and report that while a mushroom cloud definitely formed, no fallout has been detected. Units of the coastal defense forces of our glorious Red Banner Fleet are known to employ the P-15 Termit missile, a subsonic cruise missile launched from both fixed an mobile platforms. Such a missile would cover the distance across the Elbe estuary in just under 20 seconds. Whatever the agency, it would appear a NATO munitions ship blew up in Seehaven Cuxhaven. A similar disaster virtually destroyed Texas City Harbor in 1947, so it is our sad conclusion that by taking foolish risks NATO has destroyed the picturesque city of Cuxhaven. Once again they have destroyed a city in order to save it.