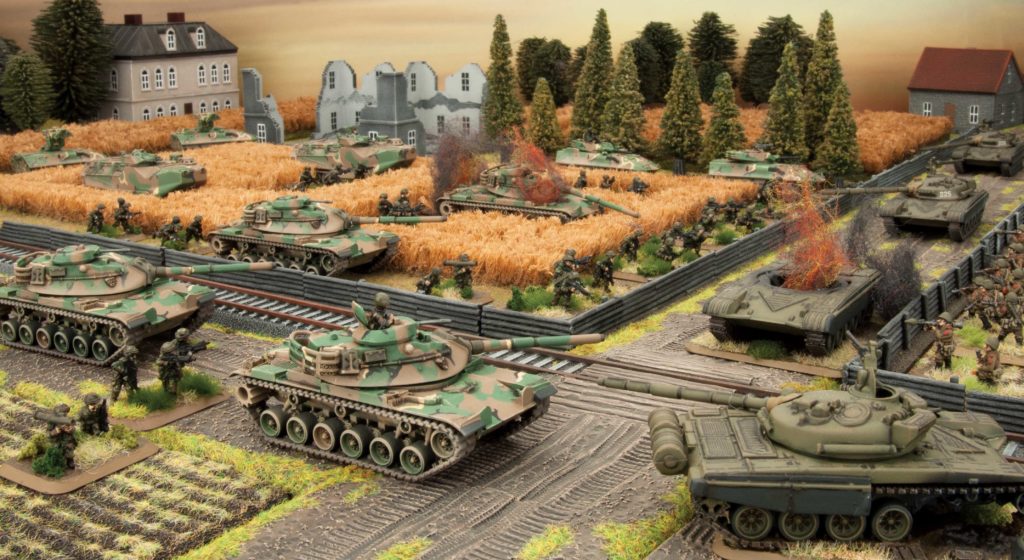 The USMC advances on Hamburg

The fighting over the last few days has seen dramatic shifts in the situation in Europe. NATO’s landing near Hamburg in the north has been a major success, while the Warsaw Pact’s counteroffensive against the push on Berlin is reaping significant rewards as well.

The hottest fighting has been along the northern flank. The Warsaw Pact forces attempting to renew their thrust for Amsterdam and the Channel Ports, encountered an aggressive defence by the British II Corps, which halted the Warsaw Pact thrust and is now regaining lost ground. Simultaneously, the massively reinforced Marine landing force pushed southwards to meet up with a thrust northwards from Hanover. The linking of these two almost unstoppable thrusts, aided by apparent confusion in the Soviet command due to poor reporting from the front, has cut off the Warsaw Pact forces in the Ruhr, Bremen, and Amsterdam.

The NATO forces may have had an easy road in the north due to the massive redeployment of Warsaw Pact troops to the defence of Berlin. NATO seems to have taken the fall of Berlin for granted, diverting its efforts to the northern flank, with the result that their forces have been repulsed back towards Leipzig by forceful Soviet counterattacks, combined with the continuation of their offensive through the Hof Corridor.

The result is a confusing picture in the centre of the front. The stalled Warsaw Pact thrust towards Frankfurt faces being cut off by NATO forces attacking south from Hanover to link up with the Leipzig thrust. This thrust, having been pushed back from Berlin faces being cut off in turn if the forces in the Hoff Corridor can link up with the forces attacking towards Frankfurt.

The critical nature of the battle around Frankfurt is highlighted by its possible role as a route to relieve the forces cut off in the Ruhr.

We are seeing the mobility embodied in mechanised warfare from both sides!